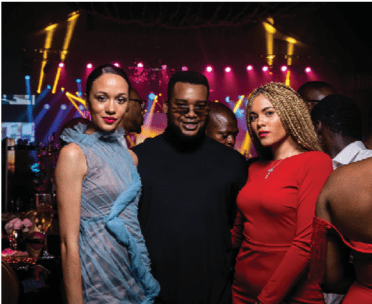 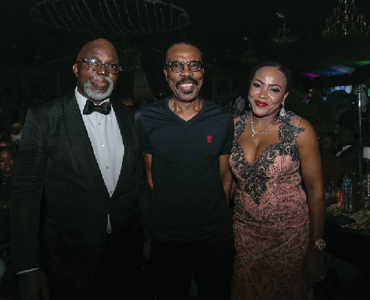 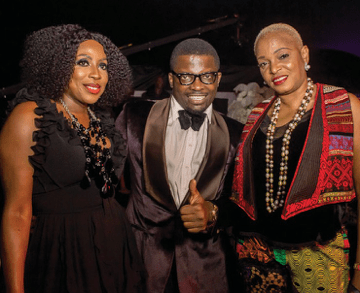 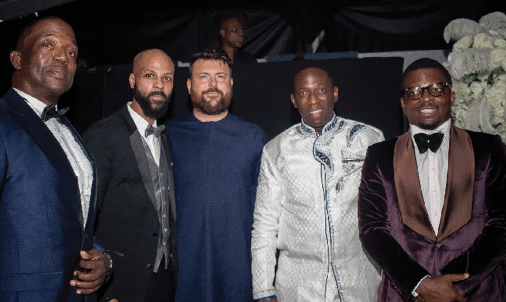 The interior marquees decorated in Gatsby theme made some think it was a societal wedding.

It was indeed a night of glitz, glamour and grandeur. Guests were held spellbound by the breathtaking beauty, architectural sophistication and quality of finishing of the already sold-out GiulianoBySujimoto, as they were given a tour of the building before being ushered into the event venue. One of the guests, a socialite who has spent majority of her life abroad, said;

“I had thought your online pictures were exaggerated but seeing the Giuliano in person is a different experience because it is more beautiful and mesmerizing in real life. The impeccable finishing is also very exceptional. ”

Speaking at the event, the MD/CEO of Sujimoto, Sijibomi Ogundele was very quick to appreciate everyone including critics, According to him:

“Pessimists don’t know this, but they contribute more to our success than our failures”.

The Luxury Real Estate genius metaphorically compared the Sujimoto story to the Chinese Bamboo tree, explaining how it takes 5years to nurture and fertilise, before the Chinese bamboo tree breaks through the ground in the 5th year, but once it breaks ground, it grows 30 meters tall in 5weeks.

Enumerating and comparing that to the Sujimoto story, Ogundele explained that he has had his fair share of

“5 years of numerous challenges, of resilience and hardwork, of raising funds, economic recession, surrounding ourselves with the best and many other challenges”.

Corroborating this thought, the Executive Governor of Ogun State, Chief Dapo Abiodun, was very vocal in commending the efforts of Ogundele, the Governor has this to say:

“By all measures, Suji today, is a name that resonates the length and breadth of this country and for his age, this young man is a success story and I do not have a doubt that this is just the beginning. My prayer is that all other young Nigerians will use Suji as a prayer point.

In Nigeria, rather than for people to appreciate the hard work you put into getting to where you are, they will keep looking for how to find faults.

It’s called The pull him down syndrome. You know, even if you were selling ice-cream, or giving it out for free, people will still be unhappy and say all sorts of things about you.

So I advise that you cannot and should never attempt to make everyone happy. Be diligent, hardworking and most importantly be a man of integrity.”

The Governor concluded saying that “Our father Chief Osoba and myself are not too surprised about Suji’s success story, as it is an Ogun state thing, this is our standard.”

The Sujimoto 5th Anniversary is not just about the celebration of resilience, but also an official reveal of the company’s new project, dubbed the LucreziaBySujimoto.

Situated at the curve of Banana Island, LucreziaBySujimoto will be the tallest residential building in Banana island, approximately 18 maisonette with 2 penthouses.

“We have researched all luxury projects in Ikoyi and Banana Island, and we are certain that no other project will beat the Lucrezia when it comes to features and facilities”.

Smart investors marveled at the sheer investment value of the Lucrezia property and despite the economic downturn, Sujimoto sold over 1.9B naira worth of the Lucrezia because when they visited the Giuliano, they saw the huge intrinsic investment Value and quickly keyed in.

Research has shown that completed luxury properties in this category around Bourdillon road, sells for between 1.6M to 2.2M dollars. But with Lucrezia Investors were able to key in at this early stage, getting a bargain of about 40% below market price.

The ever-creative Bovi and the delectable Dayo Benjamin-Laniyi, displayed a second to none performance as the host of the day. In his closing remark, the CEO of Sujimoto made bold predictions about the future. According to him;

It has been 5 years of resilience, perseverance and growth but we will not rest until there’s a Sujimoto Building on every street in Lagos.

Get Familiar With Jujuboy Star And His Spellbinding Sound
2

Shirazee: The African Singer Carving His Path In New York
3

Ogbe Enokela Alexander: A Tale Of Growth And Developing Dreams
4

What Is Africa's Original Name?
2

Igbo Names For Girls And Their Meaning
3

Music Ric Hassani: How I Grew From Gentleman To African Prince
20 hours ago 0

Guardian Arts Beyond The Obstacles… a lesson in determination, fate
21 Mar 0