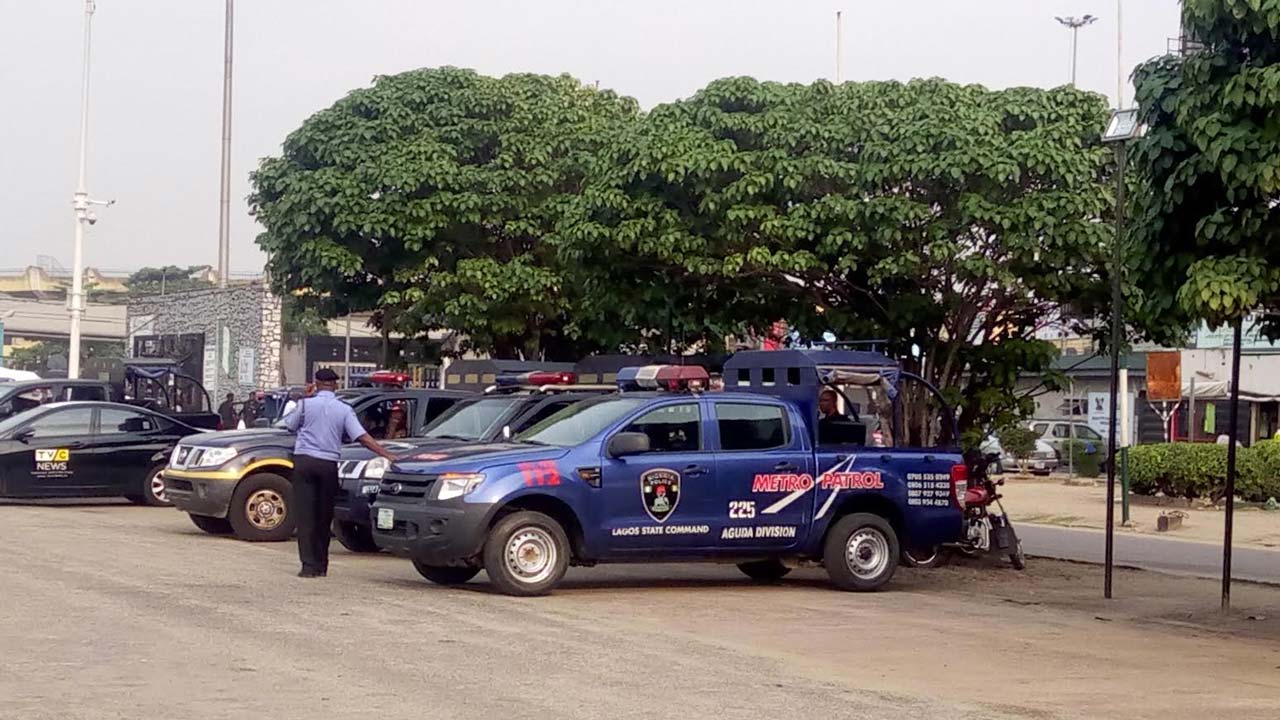 Nigerian Police stand by to ensure peace during the protest organised by OneVoiceNigeria group, at the National Stadium, Lagos. PHOTO: FEMI ADEBESIN-KUTI 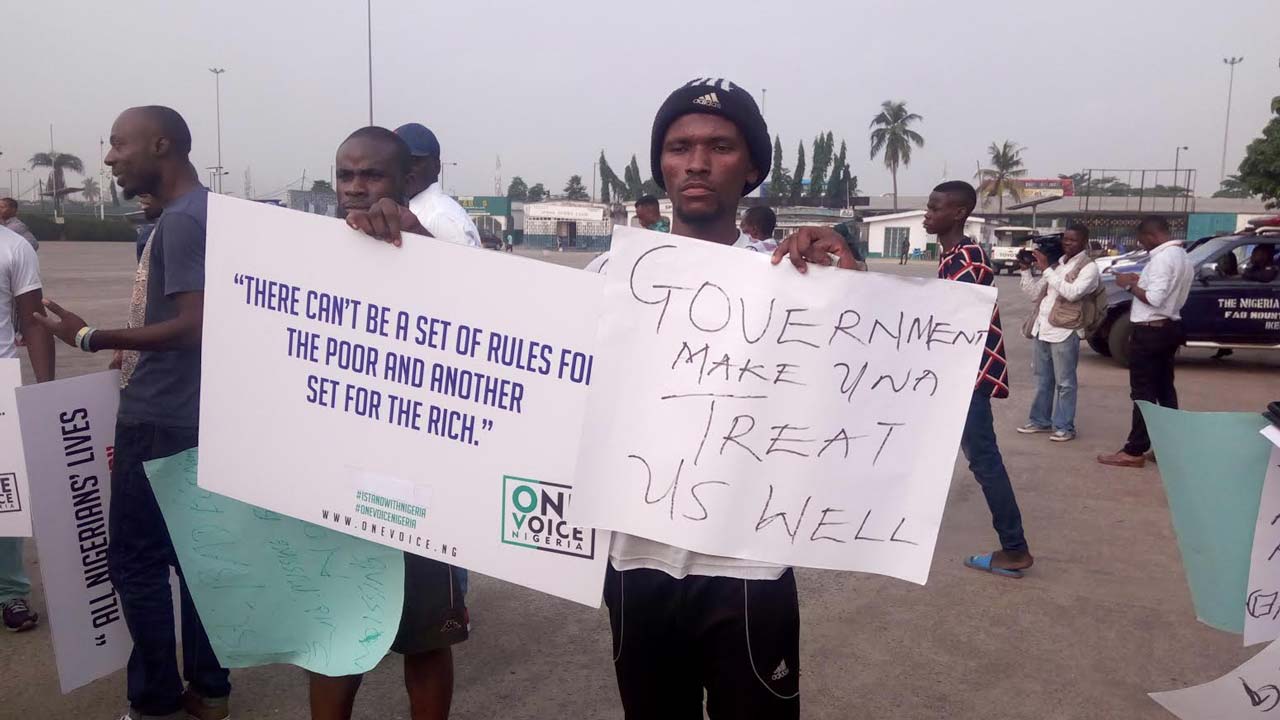 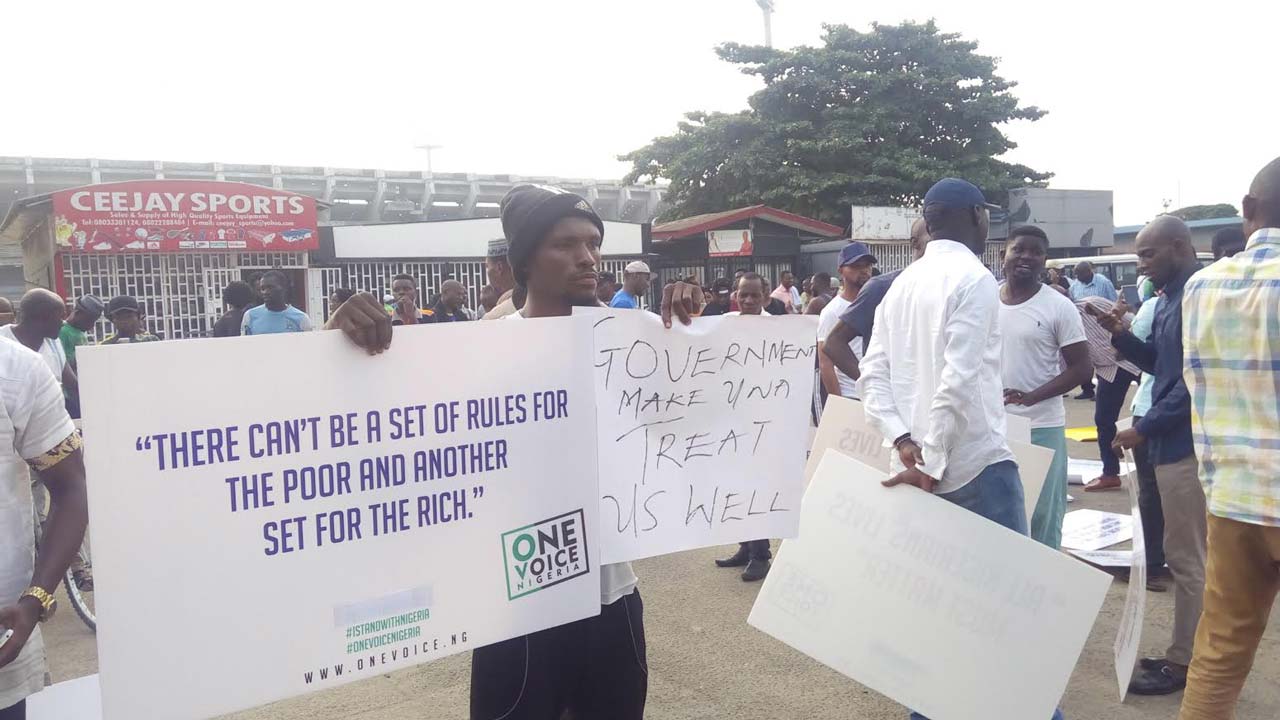 The police on Monday took over strategic locations in Lagos metropolis in readiness for the anti-government protest initially planned by popular musician Tuface Idibia alias 2baba.

The popular musician cancelled the protest on Sunday citing “security concerns and public safety consideration’’. However, some groups vowed to go ahead with the protest in spite of the cancellation by its initiator. The News Agency of Nigeria (NAN) reports that over 100 policemen were seen at the National Stadium, Surulere, the planned take-off point of the protest.

The police team, led by the Lagos State Commissioner of Police, Fatai Owoseni, came to the National Stadium, with over 15 vehicles and one Armoured Personnel Carrier (APC).

NAN reports that other locations in Lagos metropolis with heavy police presence were the Gani Fawehinmi’s Freedom Square, Ojota and the National Theatre, Iganmu.

NAN reports that at 9.00 a.m, a group of about 100 protesters from different groups had gathered at the National Stadium awaiting the arrival of other members of the group.

Speaking with NAN at the stadium, Owoseni said that the police presence was not to stop the protest, but to maintain law and order during the procession.

NAN reports that the main entrance to the stadium, which was initially locked, was opened for the public to use the facility on the orders of the police commissioner.

Yemi Adamolekun, the Executive Director, OneVoiceNigeria, told NAN at the venue that the coalition was not discouraged by the last minute cancellation of the protest by Tuface.

She said the protest was not about Tuface Idibia, but about Nigeria. The planned protest had gained momentum with several public figures and civil society groups pledging to be part of it.

Tuface had called for nationwide protest against what he claimed as the worst economic crisis in the country which saw the costs of goods and services skyrocketing, with many families struggling to survive.