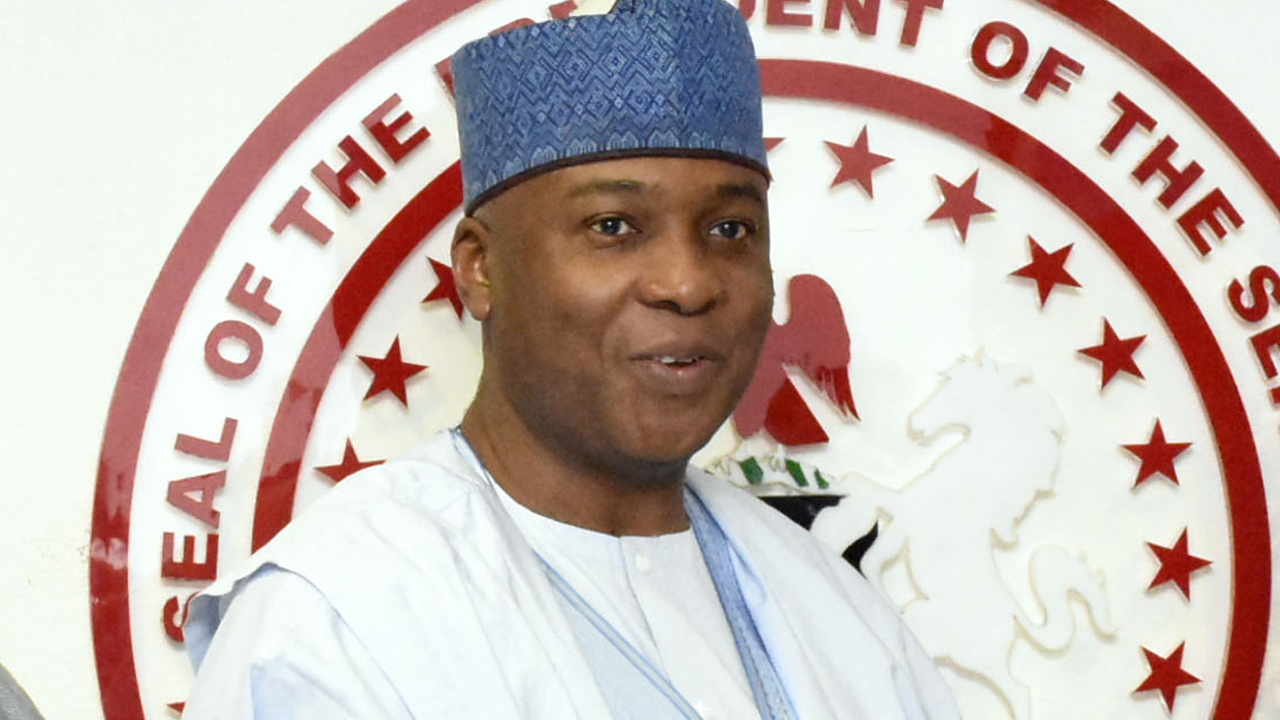 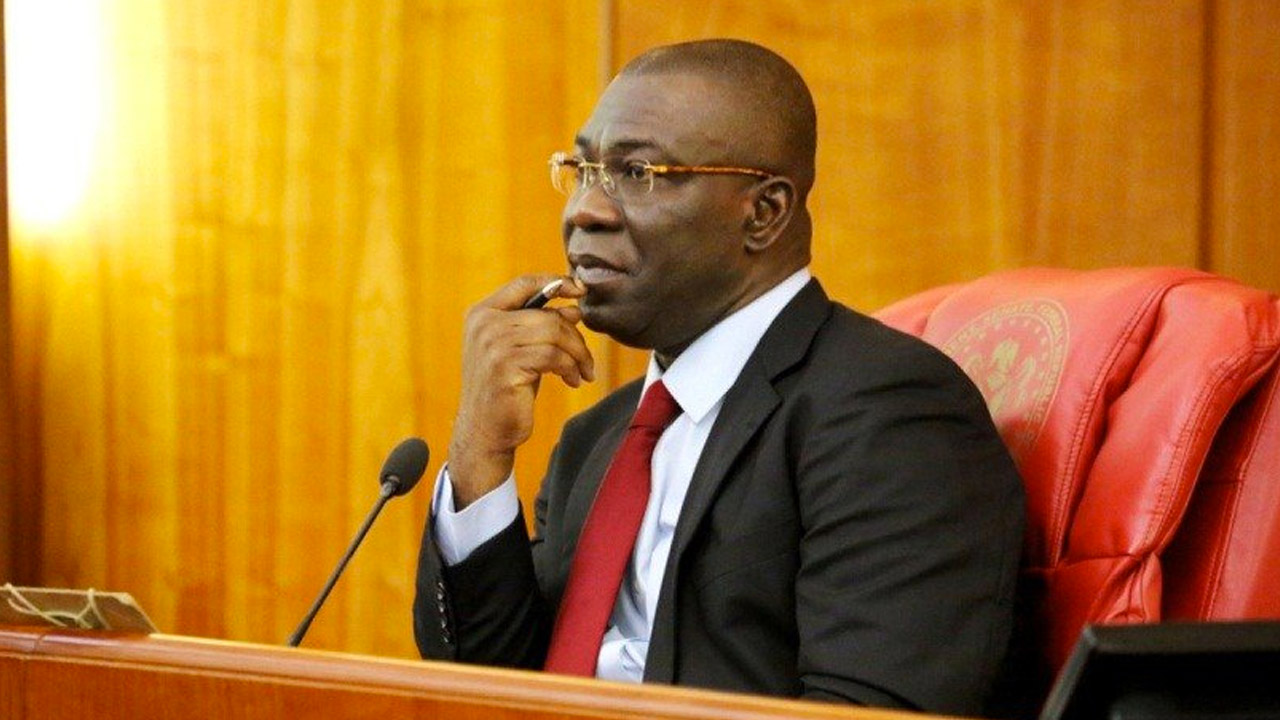 Says dictatorship back in Nigeria

The Senate said yesterday that the planned trial of Senate President, Abubakar Bukola Saraki, his Deputy, Ike Ekweremadu over alleged forgery of Senate Rules, was a direct affront by the executive on the legislature which was forbidden by the Constitution.

Asking President Muhammadu Buhari to halt the desperation of some leaders of the All Progressives Congress (APC) and other key officials of the Federal Government ‎to destroy the National Assembly, the Senate noted that such desperation to get at perceived political enemies was the reason that the anti-curruption war had lost credibility.

A statement issued by the Senate through the chairman of the Senate Committee on Media and Public Affairs, Senator Aliyu Sabi Abdullahi‎, yesterday evening pointed out that “Nigeria’s democracy is in danger and that the attempt by the Executive Arm of the Federal Government to muzzle the legislature and criminalise legislative processes in order to cause leadership change in the National Assembly is a return to the era of impunity and lack of respect for due process which we all fought to abolish.”

‎Captioned “Forgery Case, An Unconstitutional Violation of Principles of Separation of Powers, Checks and Balances”, the statement noted that

“The Nigerian people have enough economic hardship at this time requiring the full attention and cooperation of the three arms of government, instead of these attempts to distract and politicise governance”

“We are in a state of economic emergency such that what the National Assembly needs at this time are executive bills and proposals aimed at resolving the crises of unemployment, currency depreciation, inflation, crime and insecurity.”

The upper chamber urged President Muhammadu Buhari “to please call his Attorney General and Minister of Justice, Mr. Abubakar Malami, to order” adding the “the Senate of the Federal Republic voted freely to elect its leadership into office and continuing attempts to change that leadership through the wanton abuse of judicial processes cannot stand in the eyes of the world”

“It is clear that the Attorney General and party leaders behind this action either lack the understanding of the underlining principles of constitutional democracy, the concept of Separation of Powers, checks and balances and parliamentary convention or they just simply do not care if the present democracy in the country survives or collapses in their blinded determination to get Saraki and Ekweremadu by all means necessary, including abuse of office and sacking the Constitution of the Federal Republic of Nigeria” the statement added.

Sending the signals of a readiness to confront the executive arm of government in battle, the Senate said:

“We must make it clear here to the individuals in the Executive arm and party leadership behind these plots not to mistake the maturity and hand of co-operation being extended to the Presidency by the legislature as a sign of weakness.”

Politics
Naira Scarcity: Obi not in tune with suffering masses like Tinubu, says Onoh
2 hours ago
The All Progressives Congress (APC) presidential spokesman, Dr Josef Onoh has accused the presidential candidate of the Labour Party (LP), Mr Peter Obi of not feeling the pulse of the masses by taking sides with the Central Bank of Nigeria (CBN) in the country’s present travail of Naira scarcity. Onoh said it was insensitive and…
Nigeria
Warehoused PVCs can no longer be used during elections – INEC
2 hours ago
The Independent National Electoral Commission (INEC) says warehoused Permanent Voter Cards (PVCs) can no longer be used during elections as every voter must be authenticated with the Bimodal Voter Accreditation System (BVAS).
Nigeria
Court stops incorporated trustees of Estate Valuers from sanctioning four members
2 hours ago
A Federal High Court, Lagos yesterday restrained the Incorporated Trustees of the Nigerian Institution of Estate Surveyors and Valuers and the President of the Institute, from interfering with the right of four of its members from practicing as licensed Estate Surveyors and Valuers.
Nigeria
Tinubu donates N100m to victims of banditry in Katsina – Masari
2 hours ago
Gov. Aminu Masari of Katsina, on Monday said that the All Progressives Congress (APC) Presidential candidate, Asiwaju Bola Tinubu, has donated N100 million to victims of banditry in the state.
Literature
PaperTyper.net Review: Reputable free tools for writing
2 hours ago
The modern market of online services to make your academic life better is rich in a variety of approaches to intuitive and efficient studying. While some solutions charge students by default, some free tools will make your texts more readable, qualitative, and precisely adherent to the theme and assignment requirements. PaperTyper.net isn't a pioneer in…

Nigeria
Senate sends delegation to UK over Ekweremadu
29 Jun 2022
The Senate on Wednesday agreed to send a high-powered delegation of lawmakers to the United Kingdom to see the former Deputy Senate President, Ike Ekweremadu, who is facing an alleged case of an organ harvesting charge in that country. Senate President Ahmad Lawan made the disclosure at plenary after the Upper Chamber emerged from a…

Politics
God has not told me to support Atiku, we're with Wike, says Ortom
29 Jun 2022
Benue State Governor, Samuel Ortom, said he has not received direction from God to support the presidential candidate the People's Democratic Party (PDP) Atiku Abubakar for the 2023 elections. Ortom made this statement during an interview with Arise Tv on Wednesday. “I am praying. I have gone into hibernation. I am fasting and praying. So…