The mixed fortunes of year 2020
1 hour ago  Opinion

The humanity in Ngillari
1 hour ago  Opinion
1 of 10 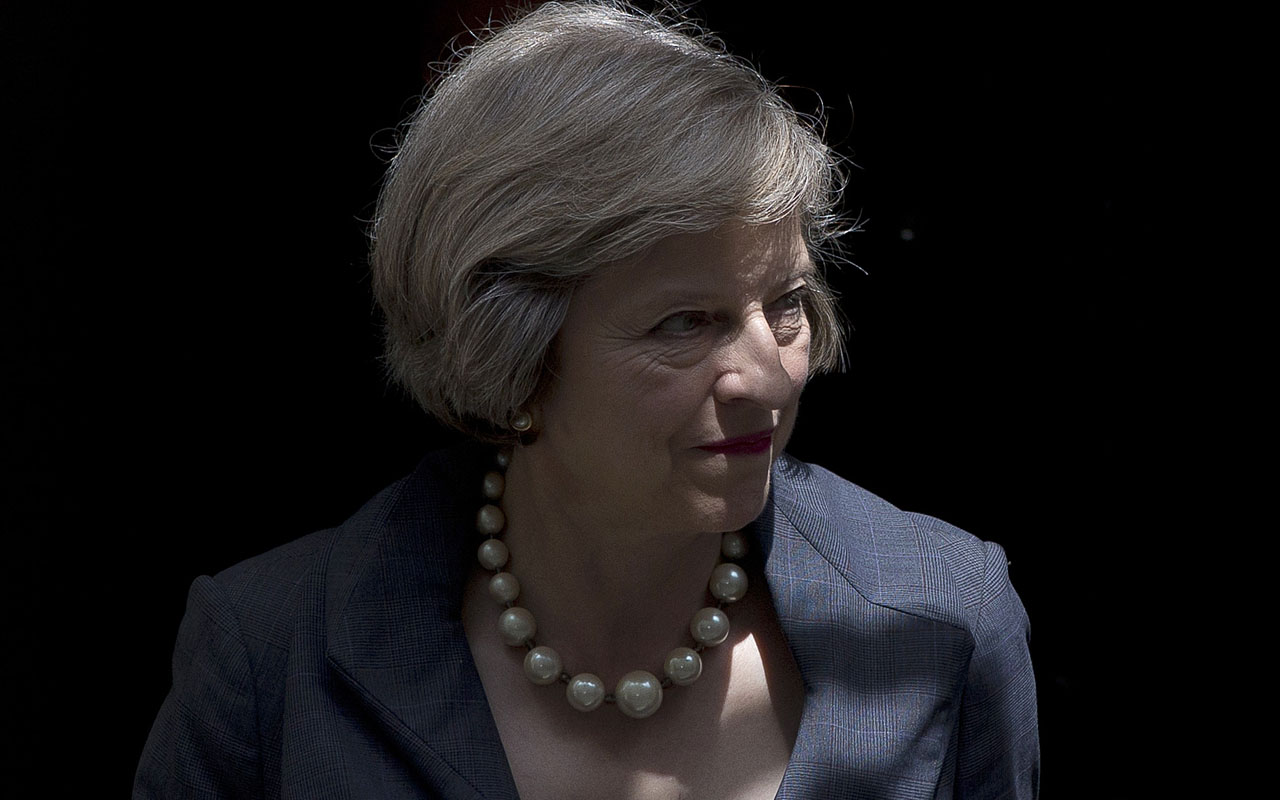 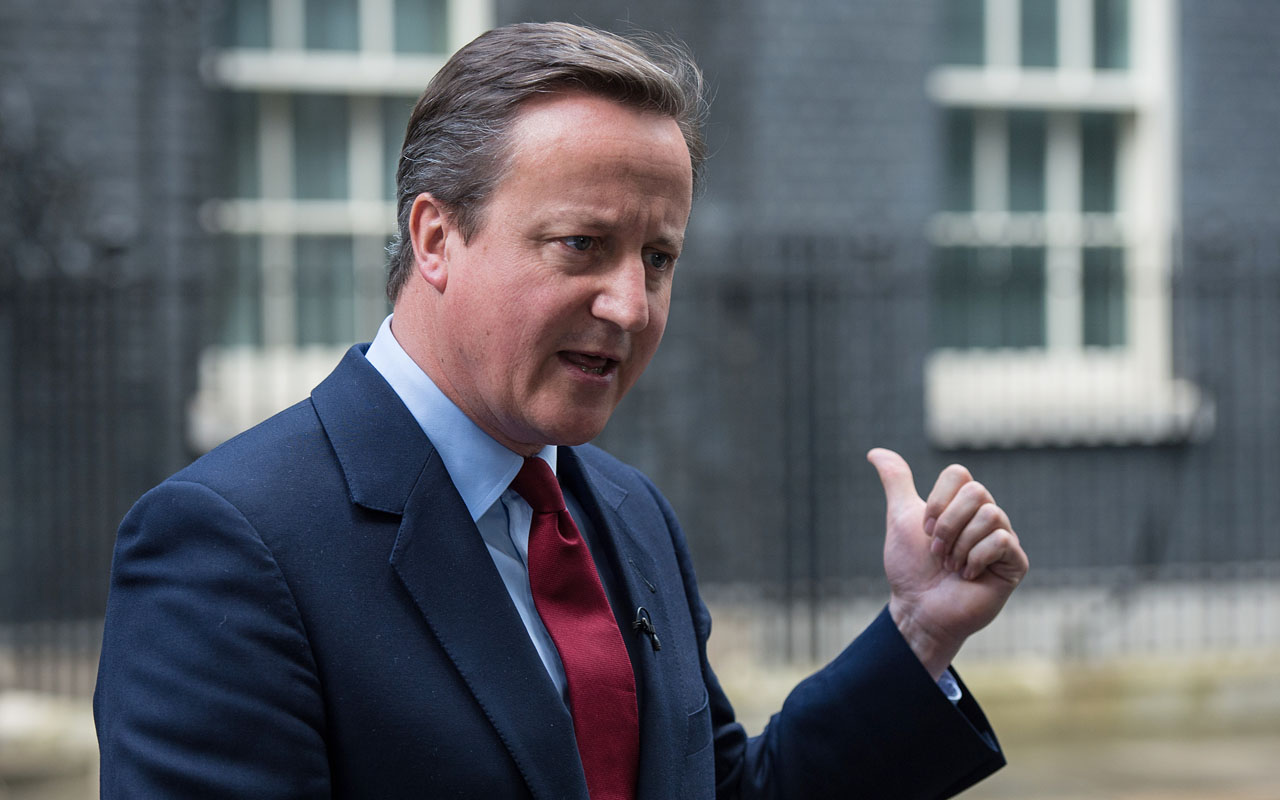 Since the June 23, 2016 referendum on Britain’s membership of the European Union (EU) there have been all kinds of speculations on what will be the full effects of British voters’ decision to give the EU a goodbye kiss. These speculations range from how the decision will affect Britain, EU, the West and the World to how we in Nigeria might fare under the new arrangement. In Britain, the effects were instant. The pound took a pounding against the dollar, a 31 year low. The people of Scotland and Northern Ireland who largely voted to remain in the EU started clamouring for secession, their own form of exit from the marriage with Britain. Their logic seems to run like this: if Britain doesn’t want the EU, they, too, do not want Britain.

The first casualty of that referendum was Prime Minister David Cameron who has had to leave office prematurely. Cameron who gave life to the referendum was trying to accomplish two things (a) to maintain the unity of the Tory Party (b) to keep an election promise he had made. He was confident the voters would want to remain in the EU. It was an uninsured gamble. It flopped. The Leave fraternity won and he and his Remain voters lost. But this piece is not about Brexit because its full implications are yet to be fully appreciated. Two years down the road, the full facts of the fiasco will be known.

What should Nigeria take away from the Brexit episode? One take away is that election promises are meant to be kept. Cameron kept the promise to hold a referendum and lost his job in the process. Many Nigerians must have been amazed by the futile attempt made by some APC leaders to take back the promises made by their party during the last presidential campaigns. These were promises made to thousands of people at campaign rallies, covered on radio, television, newspapers, magazines and on-line platforms, yet they thought they could hoodwink the people. The only saving grace is that President Muhammadu Buhari himself has not denied any of the promises, and we expect that, technical recession or no technical recession, he will implement them. Non-implementation of election promises will be a throw back to the bad manners of the politicians of the First Republic. Some of them were known to pile heaps of sand and gravel on an untarred road giving hope that soon the road users would be gliding through a potholeless tarred road. As soon as the election was over the heaps of sand and gravel would disappear. The politician collected the votes from the people and the gravel from its place of temporary abode.

When the results of the referendum were collated and he lost, Cameron graciously acknowledged defeat and threw in the towel. He even said that there was no need to delay his departure and within a few days a new leader, Theresa May, emerged. In Nigeria, the result would have been declared inconclusive, or it would have been annulled, or a dozen people would have gone to a dozen courts in a dozen states just to give birth to confusion and cancel the goal that has been scored. Cameron did not seek to elongate his tenure even though Britain does not have a written constitution. He could have ordered that Britain should begin to codify its parliamentary traditions, norms, customs and judge-made laws into a written constitution before he hands over power to a successor. And there was no need, mark you, for Gordon Brown or Tony Blair, two former Prime Ministers, to bring the Remain and Leave combatants to the table to sign an agreement to be of good behaviour and to abide by the results of the referendum. In Nigeria, Abdulsalami Abubakar, a former Head of State, had to do this for Nigeria to have peace.

The change of baton in British was flawless. There were no demonstrations, no rented crowds asking Cameron to stay on because he was God-sent, the only one who could keep the country safe from terrorists otherwise ISIS might strike in Britain. There was no Doctrine of Necessity. Succession was achieved by discussion, negotiation and conciliation and once an agreement was reached everyone fell into line. Look at the mess in the PDP. Don’t you wonder what sort of human beings we are? Don’t you wonder whether all the war is truly about service to the party and the people? No marks for a correct answer. It is service to self.

The handover ritual was almost ritual-less. Cameron went to the Queen, handed over his resignation letter. Theresa May went to the Queen greeted her traditionally, bending one knee, and then came home with the Monarch’s stamp of approval as the new Prime Minister. It was a cakewalk. To achieve that feat in Nigeria would be the equivalent of a moon-walk. We would all be pressing the panic button, sending our wives and children to the village or if we are affluent, to any country abroad. Cameron showed a fierce fidelity to the demands of a decent society. Britain did not explode in a towering rage of intolerance. The day of transition was like any other day in its calendar: calm.

The day before the handover Cameron moved his personal effects quietly out of 10 Downing Street. He was even seen moving some of the personal effects by himself into the van. He did not cart away the official cars, the carpets, the cutlery, the blinds and the bowls. The wife did not say she needed 20 cars so that she could continue to live in royal splendor as First Lady (retired) retired in small letters. She didn’t say that their three young children needed a car each for their school bags. They simply went home as noiselessly as they came.

Theresa May did not opt to stay in her private residence, with millions of pounds spent by the government to furnish the place, extend the building horizontally and vertically and even buy off nearby buildings so that no human being will live near the Prime Minister. That is what we do in many states in Nigeria. And when their time is up everything remains theirs, no retrieval, no refund of government’s expenses on the property. South Africa has just asked President Jacob Zuma to pay $500,000 for non-security improvements that the government made on his private residence. In Nigeria, it would be an insult to mention it at all.

In Nigeria, no president or governor moves into government house the day after the former occupant vacated it. There has to be painting, renovation, change of furniture, renovation of church or mosque, expansion of children’s playground and a million other money-guzzling projects that the new man can dream of. You would think the place was a pigsty when the former occupant was there. Prime Minister May may decide to splash fresh paint on the walls of 10 Downing Street but there will be no noise about it, it will not set Britain back by billions of pounds sterling. It will be a simple, unnoticeable exercise that will not attract a public debate because there is respect for the public purse and the people of Britain. She is not likely to be drunk from the intoxicating nectar of supremacy between her and her predecessors.

Have you heard any dispute about how much Cameron left or didn’t leave in the treasury for May? I haven’t. In Nigeria, figures are flexible. They bend or can be bent like chewing gum. We never ever get figures at succession right. Even with technology we still are not able to get our figures right. The last occupant always claims to have left a higher figure than the new person claims he met. So even though there is always a transition committee that is supposed to give a correct and dependable account, there is usually no acceptable agreement. Even the composition of the committee is often a problem here. Should it be chaired by a nominee of the outgoing or incoming boss? The disagreement often starts from there and ends with the report itself.

Then on assumption of office there is a sudden declaration of war between them, their eyes locked in open warfare and each person brings out the heaviest artillery in his arsenal. Katakata don start be dat. The business of governance becomes a footnote while the business of bullying each other becomes the main event. Each of them then taps into the nimble brains of mischief makers for devious strategies for the fight that has just begun. With bitter, bitchy remarks on each other they create a huge gulf of misunderstanding between them and the people they governed or are governing. Cameron’s exit from government and May’s entry into it has not disrupted the political equilibrium of Britain because the two of them have behaved with the level of decency required of people who occupy such positions of prominence. When will Nigeria get there?