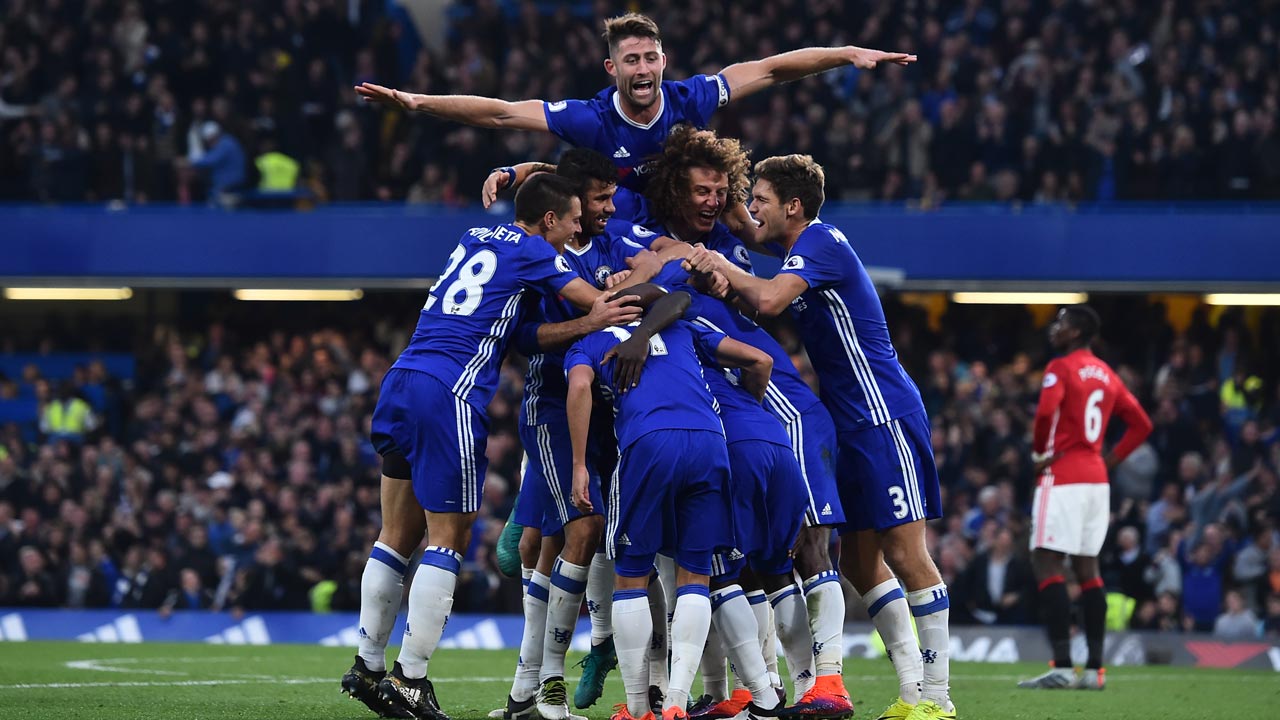 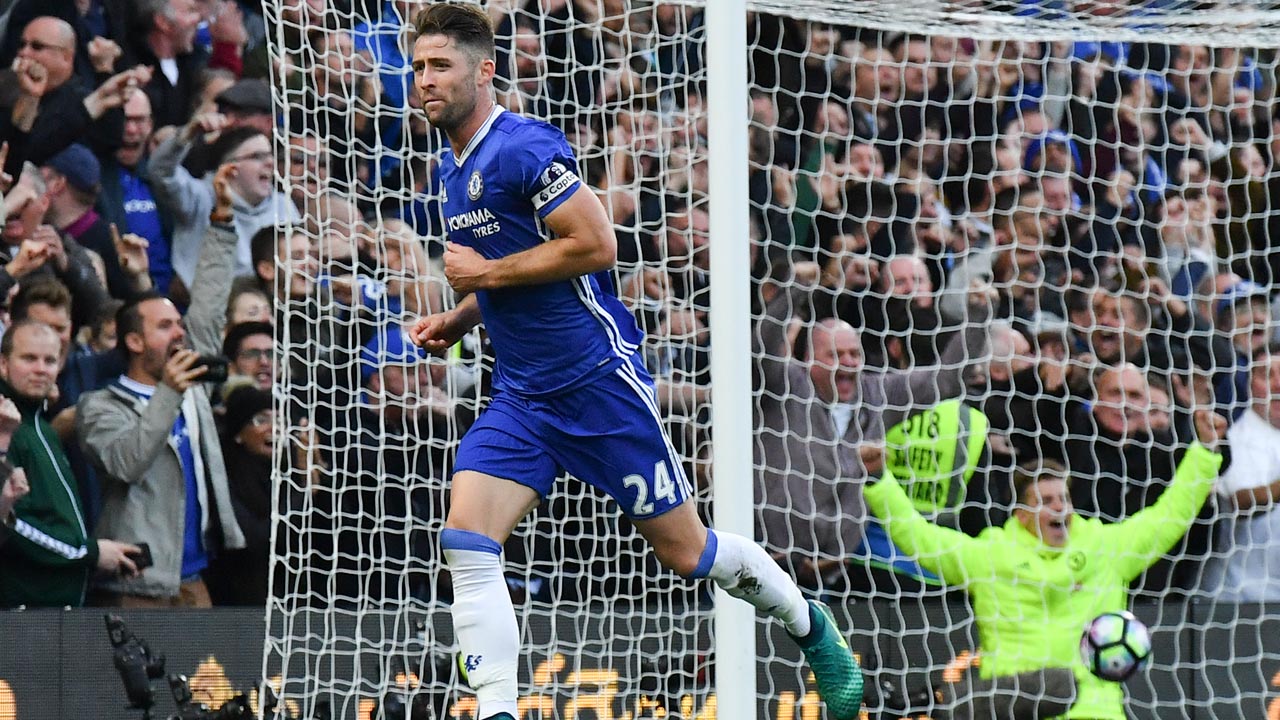 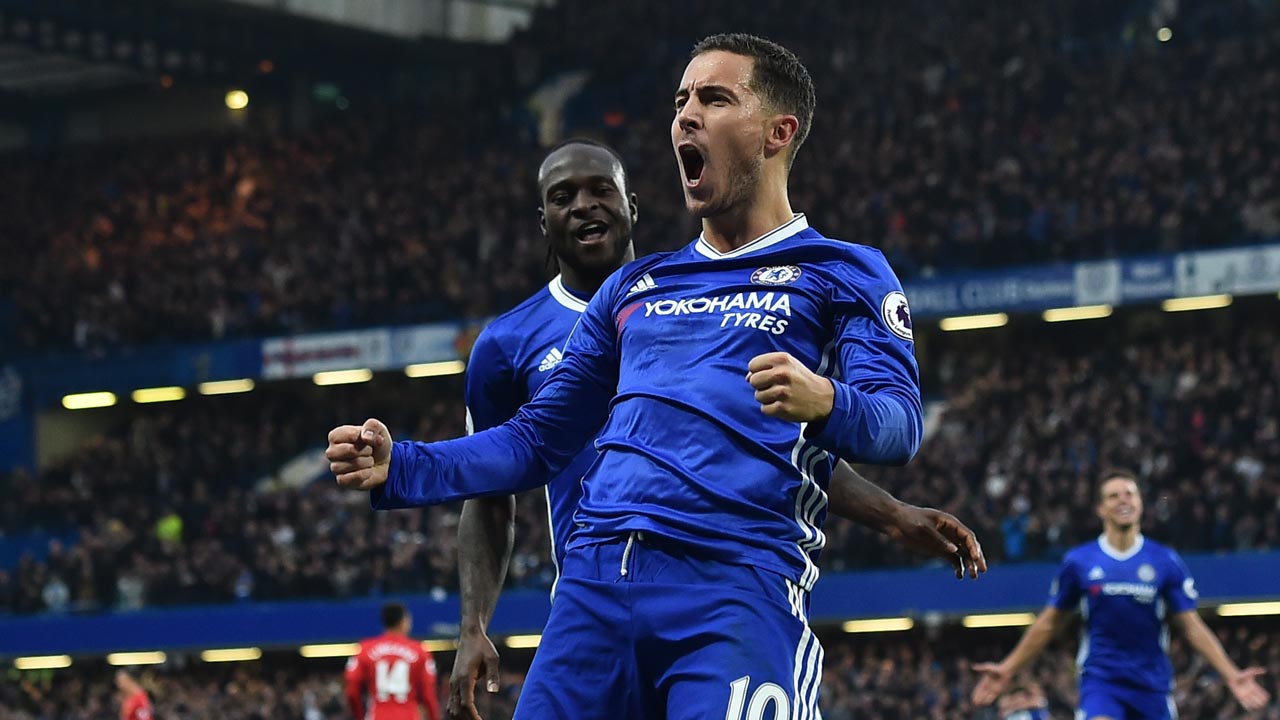 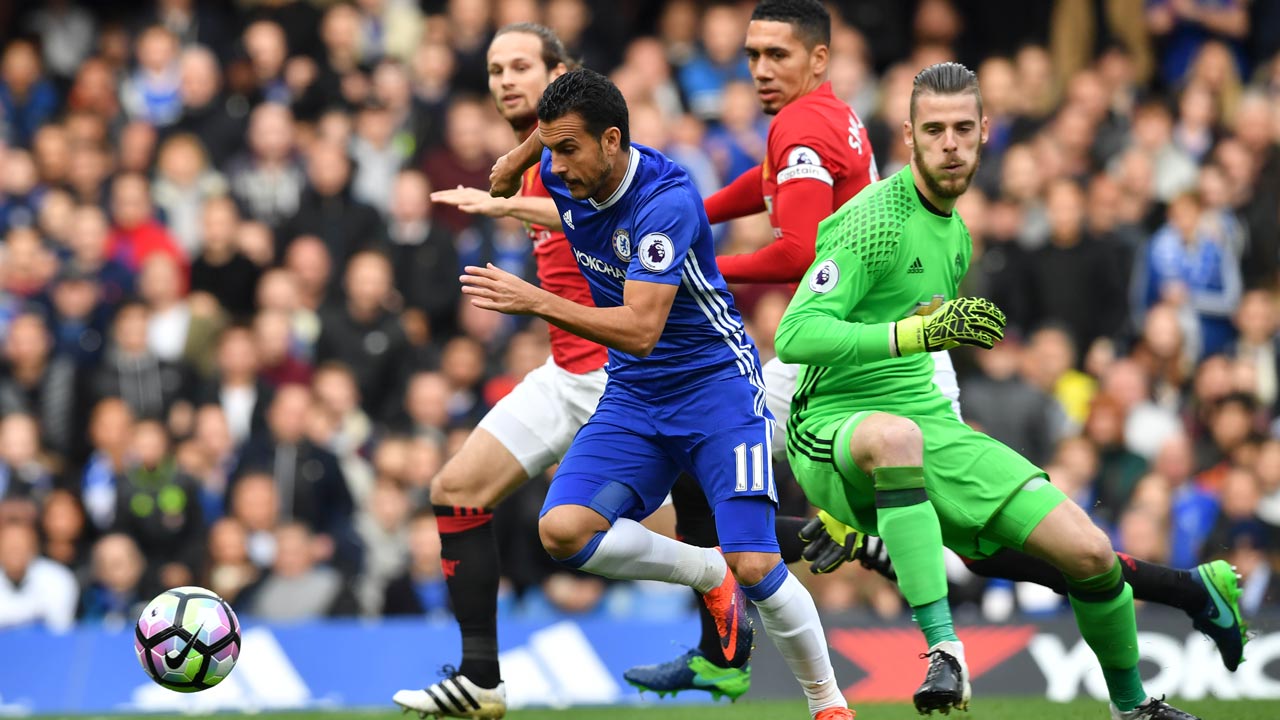 With seven major titles across two spells, Mourinho is Chelsea’s most successful ever manager, but his return to his old stomping ground ended in one of the most chastening results of his career.

It was a fitting tribute to former Chelsea vice-chairman Matthew Harding, whose death in a helicopter crash 20 years ago was marked prior to kick-off with banners and a giant flag.

Antonio Conte’s side have now won three consecutive league games without conceding a goal and climbed to fourth place, just a point below leaders Manchester City, Arsenal and Liverpool.

Mourinho, in stark contrast, has already tasted defeat three times in the league with United, who trail City by six points ahead of Wednesday’s Manchester derby in the League Cup fourth round.

The team sheet told a tale of two captains: United’s, Wayne Rooney, was absent after reportedly injuring his thigh, while Chelsea’s, John Terry, remained on the bench following an ankle injury.

Mourinho was greeted warmly by Terry and former assistant Steve Holland prior to the game, sharing a warm embrace with the former, but Chelsea’s hospitality vanished within 30 seconds of kick-off.

Chris Smalling inexplicably allowed Marcos Alonso’s pass from Chelsea’s left to bounce past him and Pedro nipped in to round United goalkeeper David de Gea and roll the ball home.

He saw his side squander a chance to level when Zlatan Ibrahimovic headed over after Antonio Valencia had stood up a cross from the right.

More slack defending allowed Chelsea to double their lead in the 21st minute, Cahill slamming home after Hazard’s corner had struck Ander Herrera and bounced down inside the six-yard box.

A pocket of Chelsea fans beside the dug-outs turned Mourinho’s ‘Special One’ nickname back on him, chanting: “You’re not special anymore!”

Chelsea goalkeeper Thibaut Courtois had been relatively untroubled up to that point, although he produced a smart double save to repel Herrera’s left-foot effort and Jesse Lingard’s follow-up.

It was an ideal first half for Chelsea, but David Luiz was fortunate to escape with only a yellow card after planting his studs in Marouane Fellaini’s knee five minutes before half-time.

Mourinho changed tack at half-time, sending on Juan Mata for Fellaini and moving Marcus Rashford up front alongside Ibrahimovic in a 4-4-2 formation.

He was forced into another change seven minutes into the second half when Eric Bailly sustained a knock, with Marcos Rojo coming on at left-back and Daley Blind moving to centre-back.

Lingard sought to sound the revolt for United, wriggling away from a pair of Chelsea players and unleashing a crisp drive that Courtois had to push away.

But in the 62nd minute it was game over. Nemanja Matic’s pass down the inside-left channel found Hazard, who checked inside Smalling and steered a shot into the bottom-right corner.

Kante completed the rout, darting between Smalling and the sleep-walking Paul Pogba to tuck away his first Chelsea goal since his close-season switch from Leicester City.