Liverpool shocked by defeat to Burnley 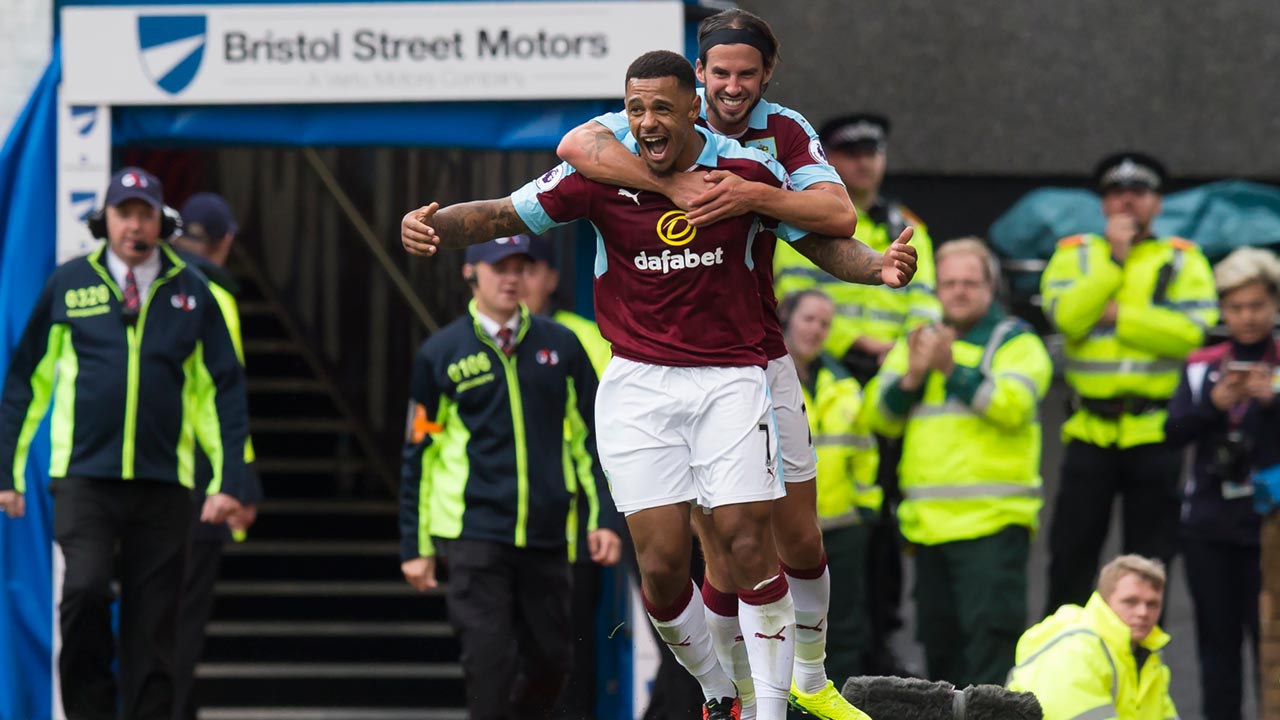 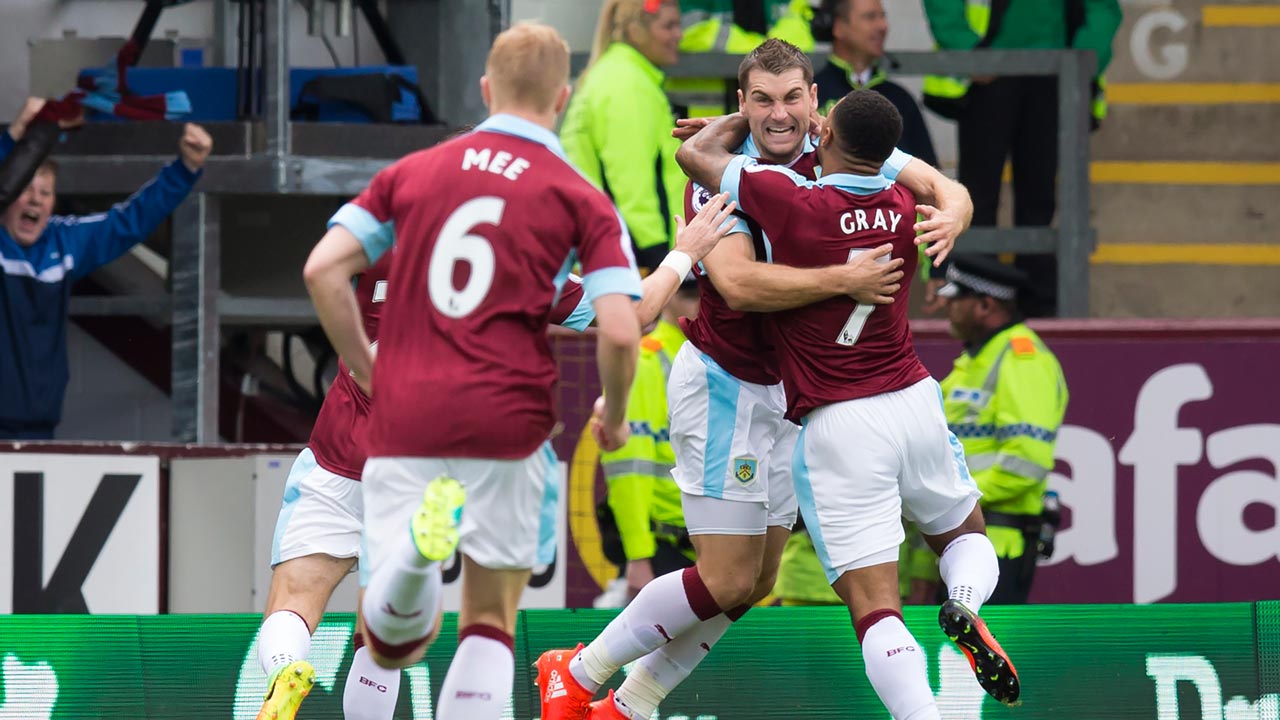 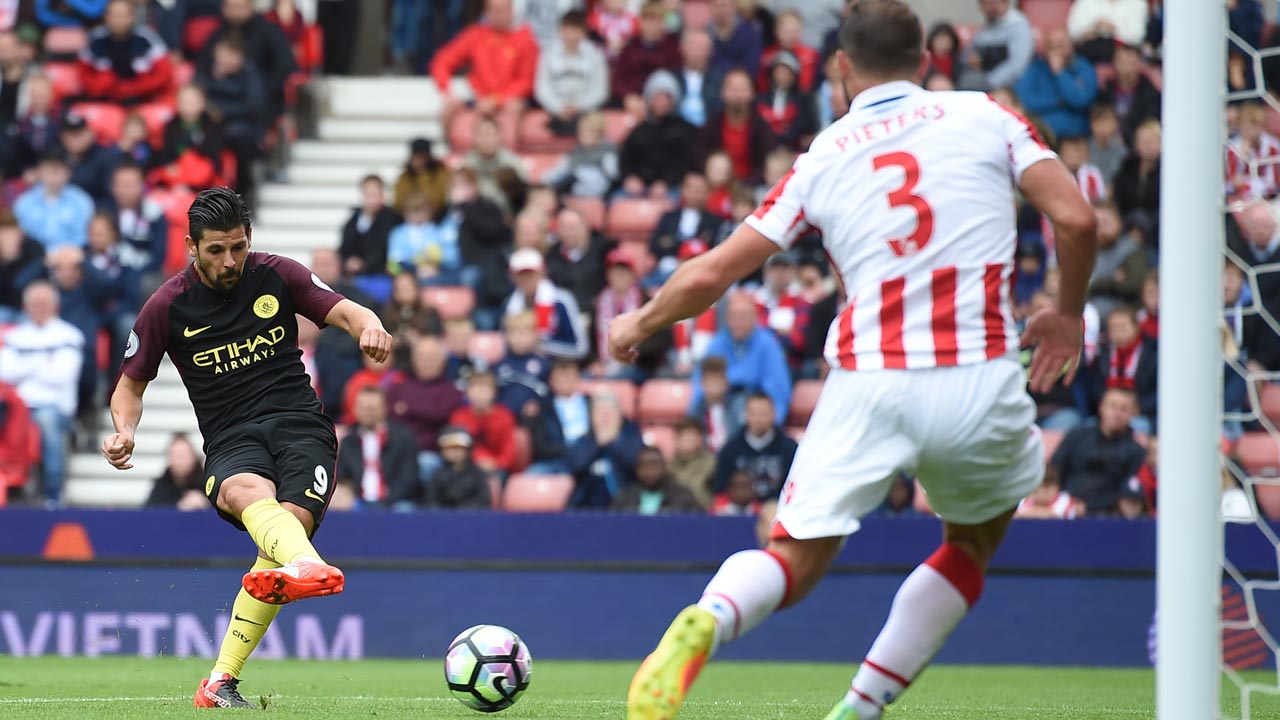 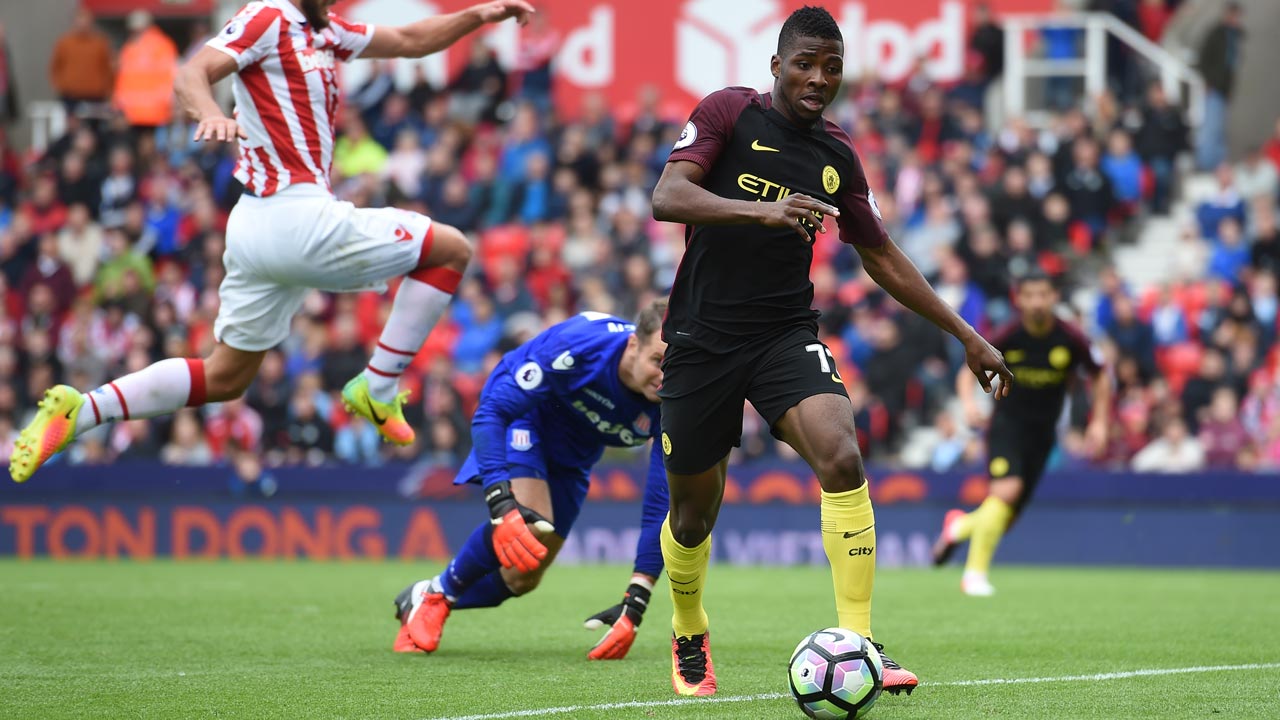 Manchester City's Nigerian striker Kelechi Iheanacho (R) takes the ball past Stoke City's Irish goalkeeper Shay Given in the build up to their third goal during the English Premier League football match between Stoke City and Manchester City at the Bet365 Stadium in Stoke-on-Trent, central England on August 20, 2016. Manchester City won the game 4-1. Paul ELLIS / AFP

Liverpool crashed to an embarrassing 2-0 defeat at Burnley on Saturday, while Manchester City crushed Stoke City 4-1 to extend Pep Guardiola’s perfect start in the Premier League.

Jurgen Klopp’s Liverpool enjoyed the most eye-catching result of the Premier League’s opening weekend when they won 4-3 at Arsenal.

But the Reds suffered a nightmare in their second match as Welsh forward Sam Vokes scored his first top-flight goal in the second minute after Andre Gray pounced on a woeful pass by Reds right-back Nathaniel Clyne.

Liverpool were condemned to a first league loss at Turf Moor since 1973 when Gray ran onto Steven Defour’s pass and punished slack marking to fire home in the 37th minute.

Earlier, City striker Sergio Aguero netted twice in the first half at the Bet365 Stadium to take his goal tally to six in three games and send Guardiola’s side to the top of the table with their second successive win.

The Argentine opened the scoring with a 27th-minute penalty, awarded for a Ryan Shawcross tug on Nicolas Otamendi, and bagged his second in the 36th minute with a header from Kevin De Bruyne’s free-kick.

Stoke got one back in the 49th minute when Raheem Sterling was penalised for a slight push on Shawcross and Bojan Krkic stepped up to convert the spot-kick.

But the visitors held firm and Spain forward Nolito scored with a pair of close-range efforts in the 86th and 90th minutes to give City manager Guardiola a third consecutive victory in all competitions.

Ominously for City’s title rivals, Guardiola believes his stars still have room for improvement and, asked what pleased him about the display, the former Bayern Munich and Barcelona coach said: “Everything. I’m really impressed with the players as human beings and with their performance.

“We have only had one month together. There is time to get better.”

City’s stroll in the Potteries took them above arch rivals Manchester United on goals scored.

Jose Mourinho’s United had maintained their 100 percent start with a 2-0 win over Southampton on Friday.

– Last laugh –
Diego Costa fired Chelsea to another late victory as the Spain striker secured a 2-1 win at Watford just days after his last-gasp heroics saw off West Ham United.

Watford boss Walter Mazzarri and Chelsea manager Antonio Conte fell out during their time coaching Napoli and Juventus respectively and it was the Blues chief who had the last laugh in their first meeting in England.

Etienne Capoue broke the deadlock in the 55th minute when Watford’s French midfielder lashed his shot into the top corner from Adlene Guedioura’s cross.

But Chelsea striker Michy Batshuayi came off the bench to equalise in the 80th minute after Heurelho Gomes weakly parried Eden Hazard’s shot.

Batshuayi’s first goal since his pre-season move from Marseille sparked Chelsea into life and Costa, fortunate to still be on the pitch after controversially avoiding a second booking for diving, rifled in from a Cesc Fabregas assist in the 87th minute.

Wanyama, a summer signing from Southampton, headed home from close-range in the 83rd minute after Harry Kane flicked a corner in his direction to give Tottenham their first victory of the season and leave Palace pointless.

Albion were purchased earlier this month by a Chinese consortium and they gave their new owners an early goal when Gareth McAuley headed home from a Craig Gardner corner at the Hawthorns.

But Everton manager Ronald Koeman responded by sending on Belgium striker Romelu Lukaku before half-time and the early switch revived his team.

They equalised through Kevin Mirallas after a flowing move in first-half stoppage time and former England midfielder Barry headed the visitors into a 60th-minute lead with his first goal since January 2014.

Troubled Hull City continued to make light of their difficult pre-season with a 2-0 win at Swansea City.

Rocked by manager Steve Bruce’s pre-season resignation and a lack of new signings, last season’s Championship play-off winners nevertheless defeated champions Leicester City last week and they are up to third after Shaun Maloney netted in the 79th minute and Abel Hernandez struck in stoppage time.