Serena, Nadal, Djokovic, Raonic through to second round

Tokyo 2020: Minister showers encomiums on ‘fighting’ D’Tigress after loss to US
10 hours ago  Sport
1 of 10 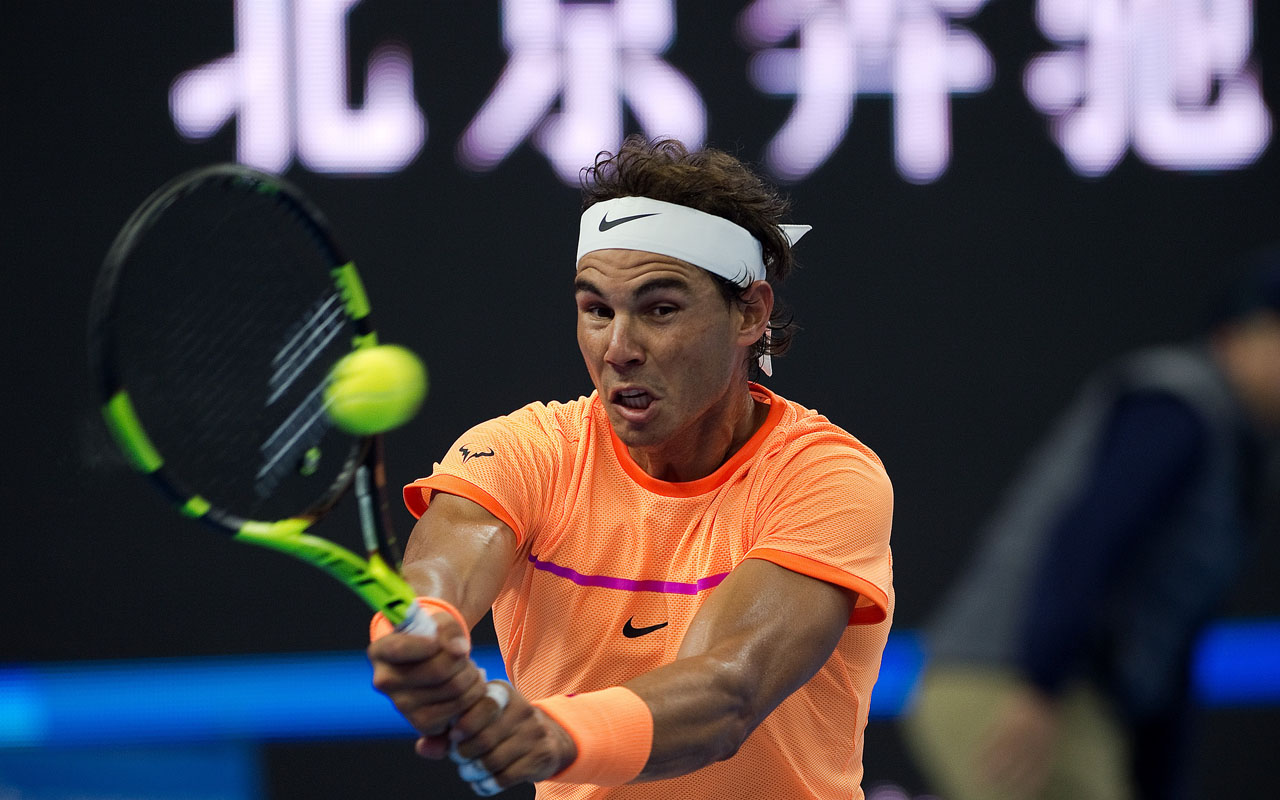 Rafael Nadal of Spain hits a return against Paolo Lorenzi of Italy during the first round of the China Open tennis tournament in Beijing on October 4, 2016. / AFP PHOTO / NICOLAS ASFOURI 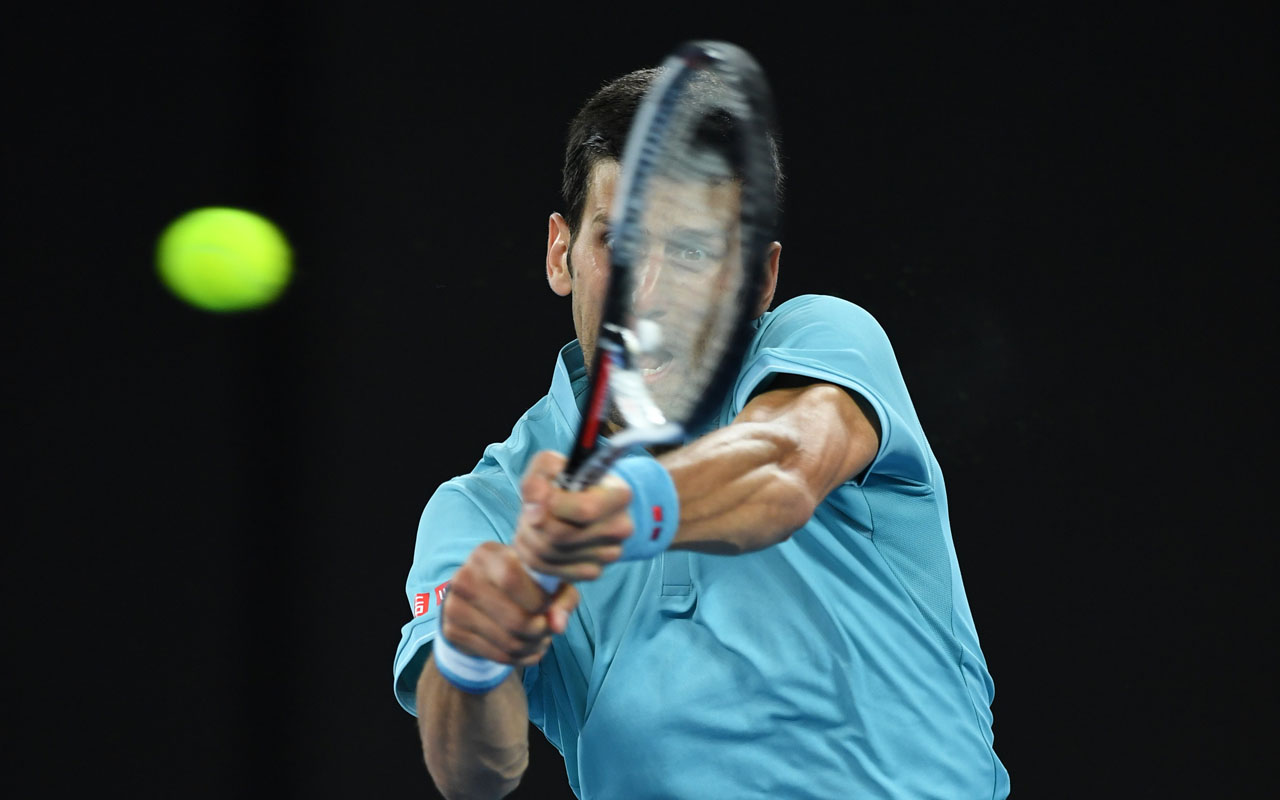 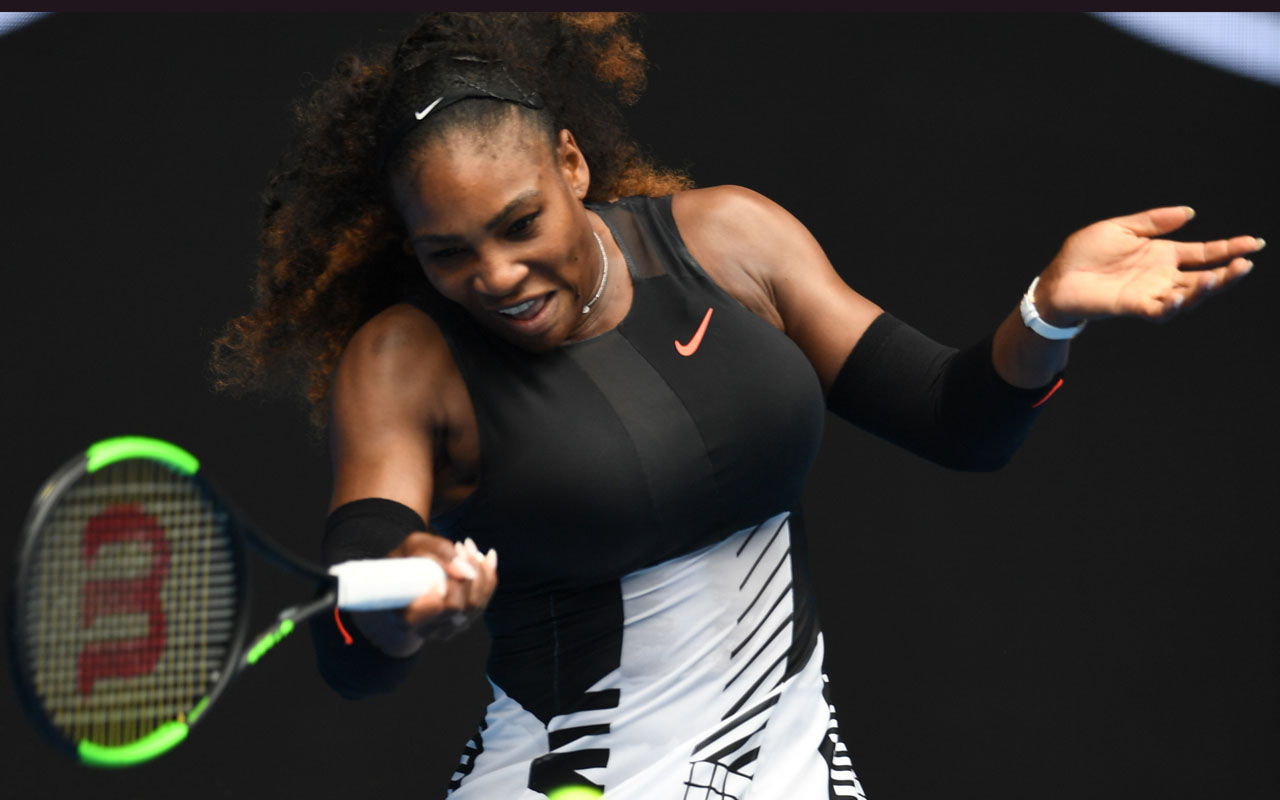 Serena Williams of the US hits a return against Switzerland's Belinda Bencic during their women's singles match on day two of the Australian Open tennis tournament in Melbourne on January 17, 2017. / AFP PHOTO / GREG WOOD /

The top seeds marched on, while half of the competitors fell off the draw at completion of the first round. The upset of the day was British Sarah Watson’s defeat of the top Aussie Samantha Stosur in three sets played out in the Margaret Court Arena.

Rafael Nadal gave evidence that he is fully fit and back to his brand of intensity on court. He defeated Germany’s Florien Mayer in straight sets (6/3; 6/4; 6/4 in an afternoon match. The blistering temperature had mercury in the high 30s (centigrade). The heat was replicated by Nadal’s dominant shot-making; especially with his forehand weapon.

After Nadal took the first set, the German fought back in the second and attained success with his unorthodox play and change of pace. These were bur fodder for the Spaniard, who handled the mixture with shots from baseline, at mid-court and drop volleys at net. It took only one break of serve for Nadal to win the second and third sets.

Further asked if he was bothered by his number nine seeding (in his 12th appearance in Melbourne), he said: “It’s much better to be one than nine, but that is the reality today. I am going to fight to be again better (higher). If I’m playing well and feeling healthy, I can be much better.”

The Matador of tennis is back.

When she won Wimbledon last year, her coach Patrick Murataglou said, “The real Serena is back.” Although that did not hold solid at the US Open (where she lost to Pliskova), when Serena stepped on the Rod Laver Arena for her first round match, yesterday, she served notice with a game strategy that defied the mantra of tennis; that tennis games are lost (on errors) but not won. She did what Rodney (the Rocket Laver) and his friend Lew Hoad exemplified: blow your opponent off the court by going for winners. Laver’s frame of mind was “I don’t want the ball coming back”.

The all attacking game was drilled into the Aussies by the legendary Harry Hopman, with the words “When under pressure go for the lines.” Serena was in no mood for long rallies in her 6/4; 6/3 dismissal of Belinda Bencic of Switzerland.

The 22 Grandslam champion hit 30 outright winners in a match that had fewer than four shots for a point, for the greater part of the contest. Certainly, the match had its record of unforced errors, but it is the aggregate that counted in the end.

Last year, Fernando Verdasco sent out compatriot Rafael Nadal in the first round at Melbourne. The world number two player, Djokovic, came out prepared for an opponent known to be dangerous and brandishing a lethal forehand. Djokovic raced to a 5-0 lead in the first set, which he took at 6-1. The Spaniard retooled and put up a stiff resistance, resulting in the exchange of breaks in the first four games; with a drop in percentage of first serves by Djokovic. Verdasco won the ninth game and Djokovic needed to hold serve to save the set but fell behind love-30; yet took four straight points to level games.

Verdasco lost the first three points on serve but fought for eight minutes to hold for a 6-5 lead. Djokovic won the 12th game at love and took the tiebreak seven points to four.

In the third set, Djokovic broke Verdasco’s serve to take first game and consolidated. A second brake in the seventh game had Djokovic serving for the set and he won 6/2 for the match.

Samantha Stosur, home crowd favourite, played her match against Sarah Watson in the Margaret Court Arena, the first time away from Rod Laver Arena. She had lost two previous meetings with the British player, but was also on a losing streak of nine matches since the US Open last year.

In the first set of the match, Stosur had the first break for a 2-0 lead but lost five games in a row to drop set 6/3. The world number 20 fought back and led 4-1 in the second set and with hard serves (clocking 190km/h) and strong forehands; she took the second set 6/3. In the third set decider, Stosur was down 0-3 and a 15-minute took place in the fourth game but Watson took the critical game. At 5-0,

Stosur played aggressively to reach game point but eventually lost the set and match. The Australian had committed 47 unforced errors to her opponent’s 23 while hitting 21 winners to Watson’s 35.