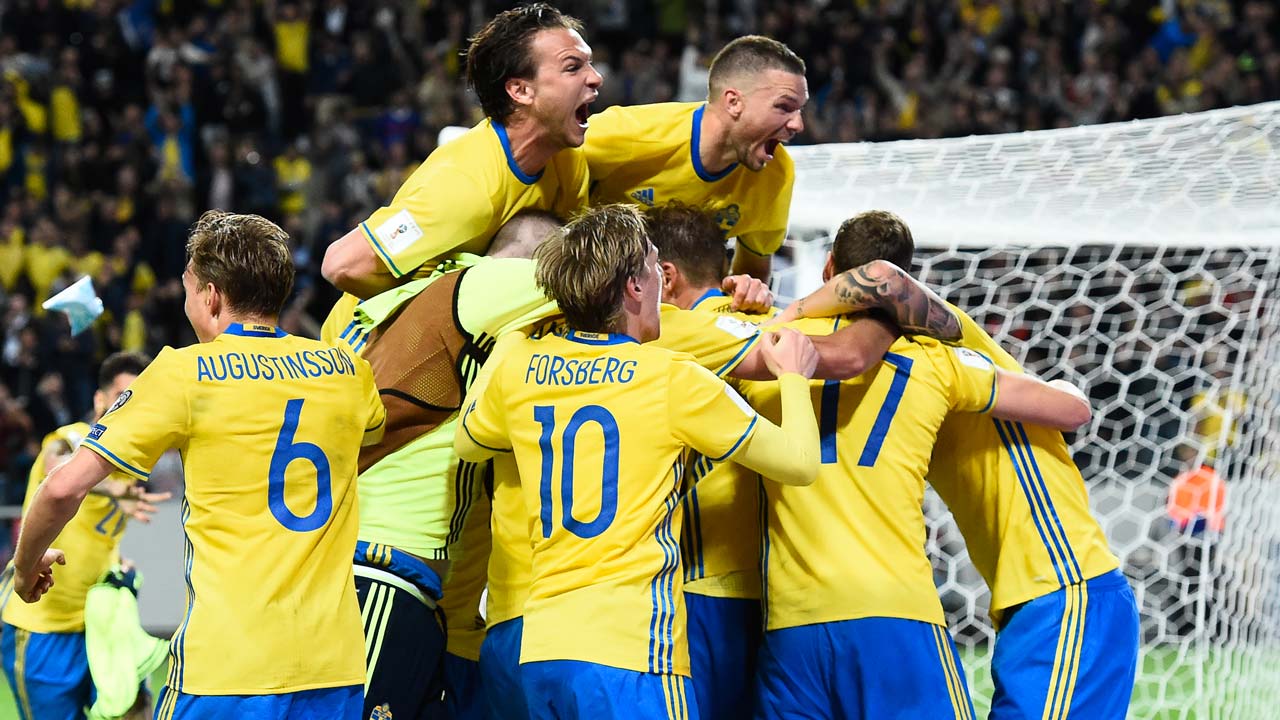 Sweden's players celebrate with their teammate forward Ola Toivonen after his goal during the FIFA World Cup 2018 qualification football match between Sweden and France in Solna, Sweden, on June 9, 2017. Sweden won the match 2-1. Jonathan NACKSTRAND / AFP 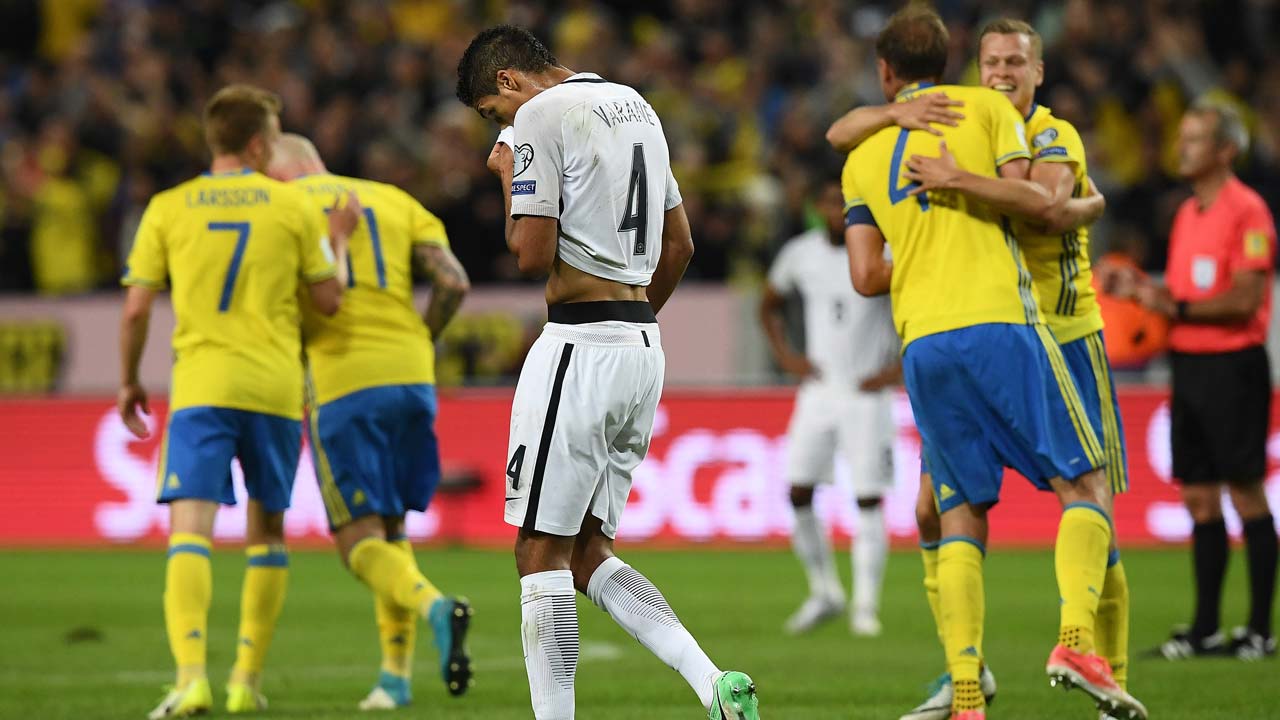 Hugo Lloris was left red faced Friday as a dramatic last gasp Ola Toivonen goal from the half-way line gave Sweden a 2-1 win over France in their World Cup qualifier.

The France ‘keeper will watch replays in horror after he dribbled out of his box and made a dreadful cut back intercepted by Toivonen, who lofted a snap lob from just inside his half and watched Lloris lose his desperate run to stop the ball rolling into an empty goal.

The freak goal sent the massed ranks of yellow clad fans in Stockholm into a wild frenzy, but more importantly with four games to go it sent Sweden top of Group A, level on 13 points with France, with only the group winner getting a direct ticket to the finals in Russia next year.

“It was just awful. It cost us this game,” stunned France coach Didier Deschamps told French TV after the game.

“But I’m not going to heap blame Hugo, he has often been decisive with us, but it cost us.

“We still have four games, we’ll have to crack hard to reach our objective.”

A sumptuous Olivier Giroud volley on 37 minutes opened the scores, but winger Jimmy Durmaz lashed his own left-footed rocket past the flailing Loris on 43 after he beat three France players to a loose ball.

In an attempt to win the three points Deschamps replaced Antoine Griezmann and Dimitri Payet bringing on Monaco pair Kylian Mbappe and Thomas Lamar with 15 minutes to go.

A Griezmann header inside the six yard box was somehow saved after the striker had raced forward to meet a Sissoko shot on 53.

The Atletico man had a sizzling free-kick saved by an impressive 6ft 6in (1.98m) ‘keeper Robin Olsen.

Mbappe made little impact while Lamar got more involved in the action but scuffed his shot when he had a chance inside the box.

Jakob Johansson had set Swedish pulses racing with a ferocious shot that fizzed just wide from a good 30 metres out just before the hour.

On the France backline Raphael Varane and Laurent Koscielny had been kept on their toes with the Sweden midfield often lofting long balls at Marcus Berg and one one such run Paul Pogba was booked for pulling Berg back.

The late goal also robbed Giroud of the headlines as the 30-year-old who only made 11 starts for Arsenal last season and who scored a hat-trick against Paraguay in a 5-0 rout a week ago, has notched up 17 goals in last 17 starts for France.