By Tope Templer Olaiya
Share on Facebook Share on Twitter Share on WhatsApp Share on Telegram
With thousands of athletes representing 72 nations and territories in 19 different sports, and an estimated global viewing audience of 1.5 billion, staging the XXII Commonwealth Games is no small task. But for Tor Bennett Williams, it's a dream come true. He's not only an athlete but has for the past 12 months been part…
1 of 10 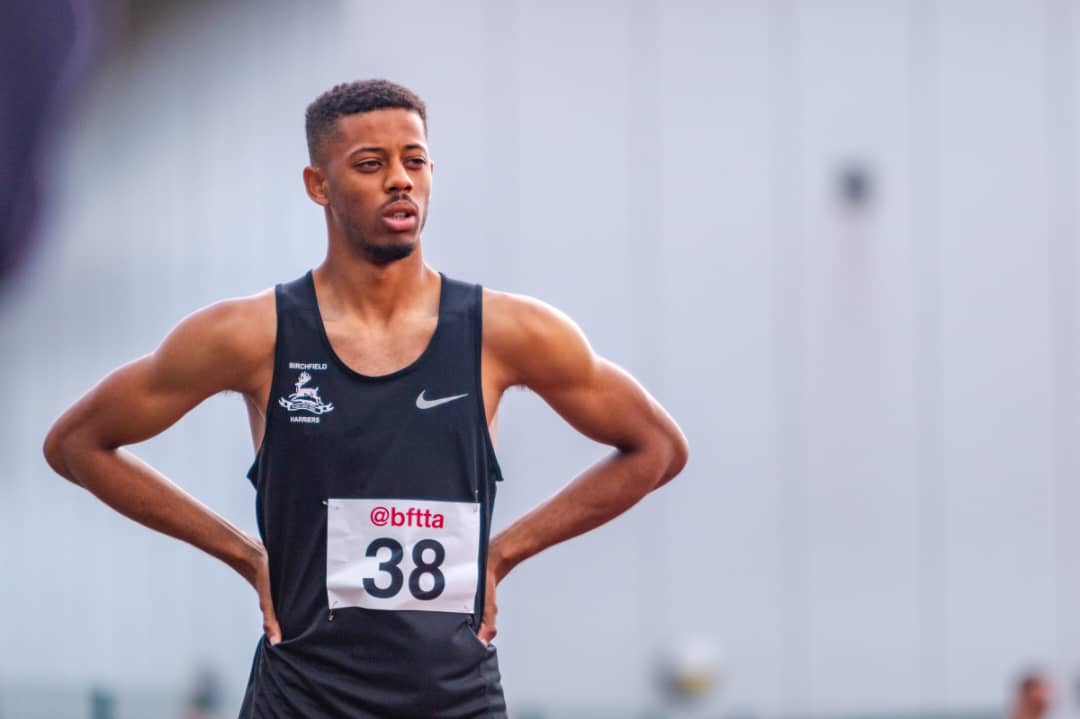 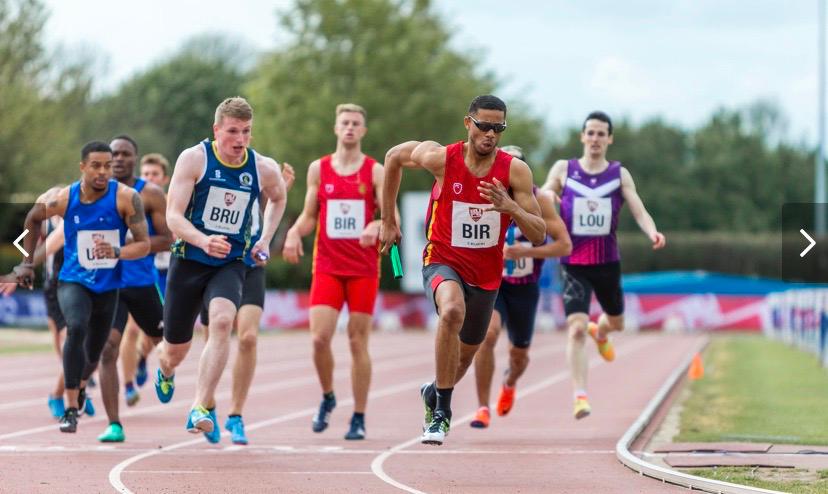 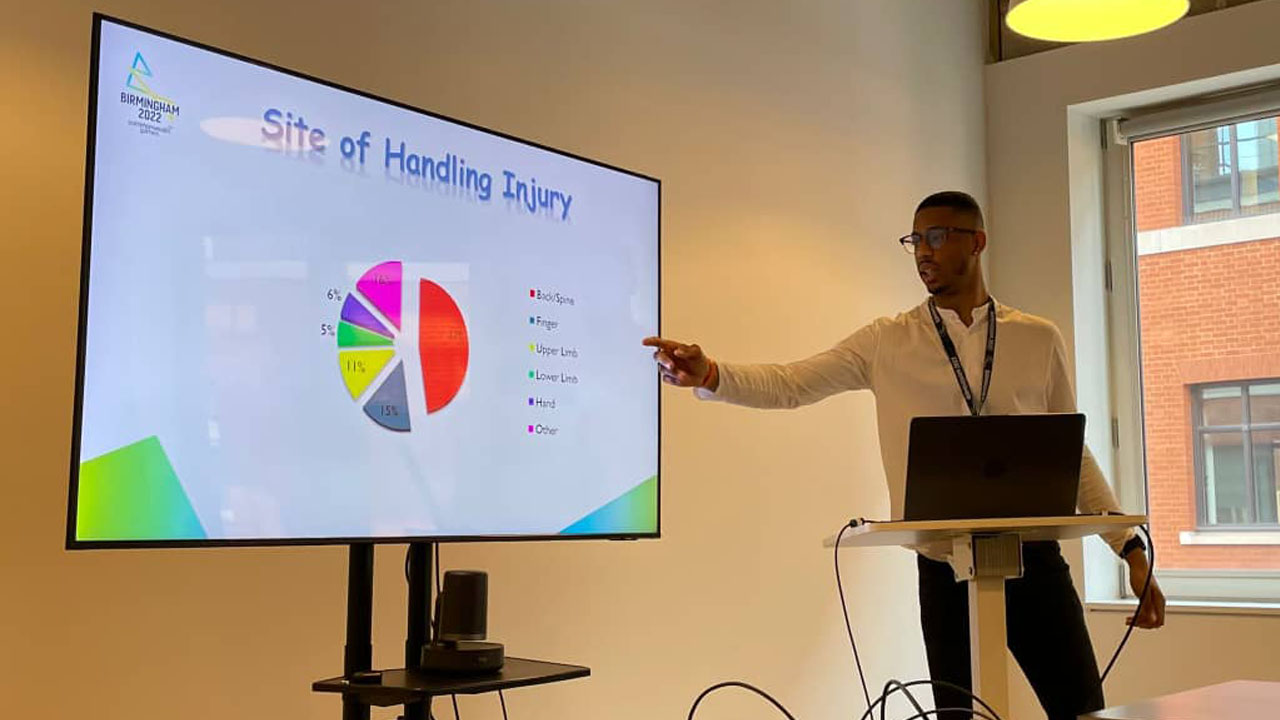 With thousands of athletes representing 72 nations and territories in 19 different sports, and an estimated global viewing audience of 1.5 billion, staging the XXII Commonwealth Games is no small task. But for Tor Bennett Williams, it’s a dream come true. He’s not only an athlete but has for the past 12 months been part of the Occupational Safety and Health (OSH) team preparing for the Games, taking place in Birmingham, UK, from 28 July to 08 August.

For talented runner Tor, this is a dream job combining his passions for athletics and OSH. And he’s achieved his own ‘gold medal’ in the build-up – IOSH Chartered status.

Getting set for the Games during the countdown, 24-year-old Tor has been looking after non-competition sites. This includes hotels for competitors and guests, warehouses and transport depots as well as the athletes’ training venues. He also has responsibility for training and corporate inductions – making him the ‘face’ of OSH – along with duties ranging from risk assessments to supporting workers’ wellbeing.

“It’s about looking after the people behind the scenes, and I’ve absolutely loved it. Athletics is something that’s very personal and close to my heart,” said Tor, who has represented the University of Birmingham, Wolverhampton and Bilston Athletics Club, and Birchfield Harriers at the 400 metres.

As the Games begin, his attention has switched to monitoring, site inspections and providing guidance if required.
“The hard work will be done by then,” said Tor, who has another reason to be excited – his partner, Laura Zialor, is competing in the high jump for England.

While Tor’s been into sports since school, he developed an interest in OSH after graduating in Environmental Science in summer 2019. With two graduate offers to choose from, he picked an environmental health and safety internship with a healthcare company.

“I really enjoyed the health and safety aspect and fell in love with OSH,” said Tor, who took a level 6 diploma and IOSH’s Managing Safely® course to build his skills and qualifications.
He landed a role in health, safety and environmental compliance with a paper manufacturing company and joined IOSH as an Associate Member.

Tor was attracted by the “interactive content and global credentials” of the Institution, which is also an accredited organisation of the Commonwealth.

Keen to progress, he moved to Technical and then Graduate level in August 2021.

“I’m always pushing to do other things and thinking how far I can get,” he said. The Wolverhampton-born Tor’s next ambition is Chartered Membership, a ‘Gold medal’ status. Joining the Commonwealth Games team gave him both belief and inspiration. Tor said: “My manager, Joe Ryan, and colleague, Ben Crabb, were both eyeing up Chartered status and encouraged me to go for it, too. They said we’ll do it as a team.” The trio took advantage of the IOSH Mentoring programme, with the IOSH President (now Immediate Past President) Jimmy Quinn guiding them through the process.

“Jimmy said the time period we wanted to do it in wasn’t going to be easy but, if we put in the work, we could do it,” said Tor.

“We sat down most weeks as a team and worked through the criteria. I used the IOSH YouTube channel a lot.

Everything I needed to help me was online.” It took Tor just six months to achieve Chartered status at the age of 23 – and he literally screamed when he saw IOSH’s ‘congratulations’ email pop up.

Opinion
Double trouble
4 mins ago
Opinion
That obnoxious water resources bill
5 mins ago
At a time when Nigerians are clamouring for proper federalism that entails devolution of powers to the states and local authorities, the introduction of a Water Resources Bill by President Muhammadu Buhari...
Appointments
Kuda appoints new officers
6 mins ago
Kuda, the money app for Africans, is poised to stamp its footprint in the global banking industry with the appointment of Pavel Khristolubov and Elena Lavezzi as its new Chief Operating Officer (COO) and Chief Strategy Officer (CSO), respectively at the group level.
Sport
Over 250 children, coaches complete Jordan Nwora Elite Basketball camp
6 mins ago
The second Jordan Nwora Basketball Elite camp has ended with over 250 boys and girls, as well as coaches, participating in the training sessions handled by experts from America.
Opinion
Is Buhari a Nigerian? - Part 2
8 mins ago
President Buhari last Wednesday was also reported to have directed the Minister of Finance, Budget and National Planning, Zainab Ahmed to release the sum of N1.14billion for the purchase of 10 Land Cruiser Jeeps, to the government of Niger Republic.

Opinion
Nigerians understand the joyful tears of Tobi Amusan
29 Jul
The day was Wednesday, 27th of July 2022 and the time was 3:45 am-ish and I was already awake but didn’t make the mental note not to check social media but here I was and a few posts and I saw the video of Tobi Amusan singing the national anthem of Nigeria was tears, tears…

Sport
A new star is born
30 Jul
It was always so close it became only a matter of time before she was going to make it, and win at any one of the major events around the circuit of a track event that combines sprinting and scaling

Sport
Mane debuts in Germany with Super Cup
30 Jul
Sadio Mane is set to make his competitive debut as a Bayern Munich player in today’s Supercup against RB Leipzig at 7:30 p.m.

APO Press Releases
Cabo Verde Ready to Face the Future
30 Jul
FIFA (www.FIFA.com) delegation pays a visit to Cabo Verde; Island nation engaged in several FIFA Forward projects; New facilities will help develop the game A FIFA delegation completed a four-day visit of Cabo Verde on Thursday 28 July, during which it unveiled facilities such as new artificial pitches and the refurbished academy and headquarters of…