How Telecom Subscribers in Lagos Select Their Network Providers

WarnerMedia and Discovery to merge, forming streaming giant
1 day ago  Technology
1 of 10 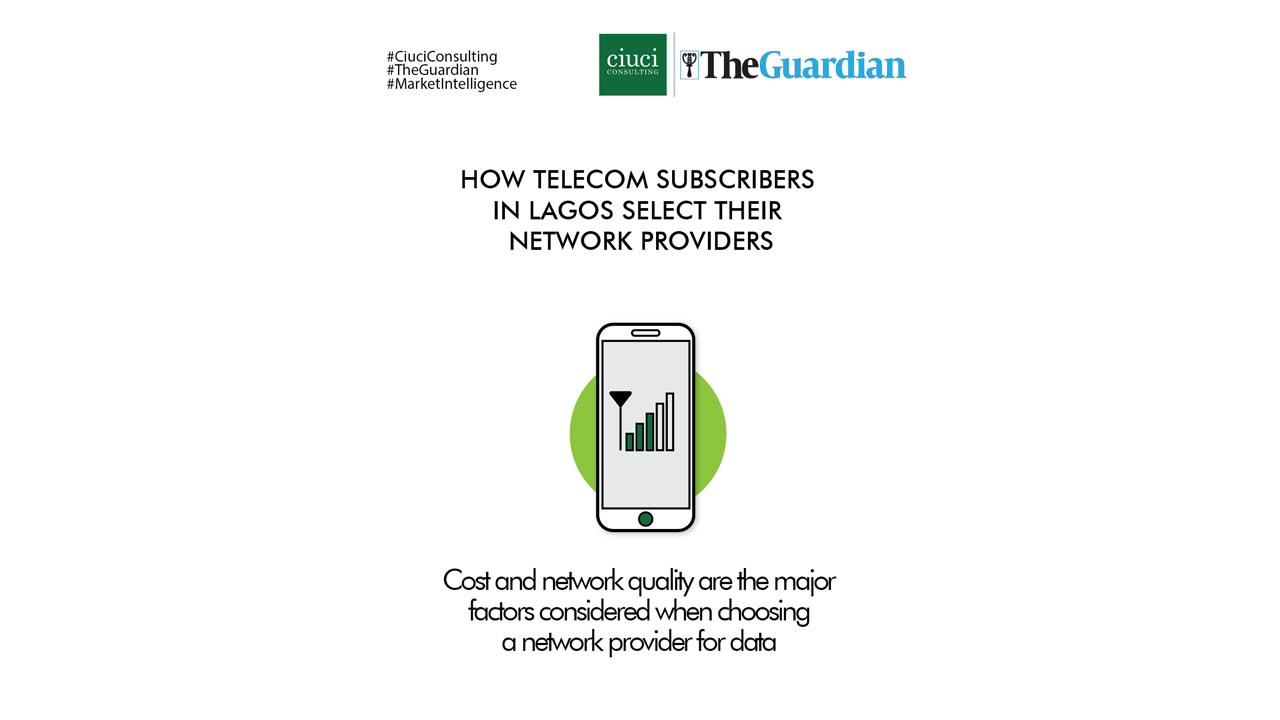 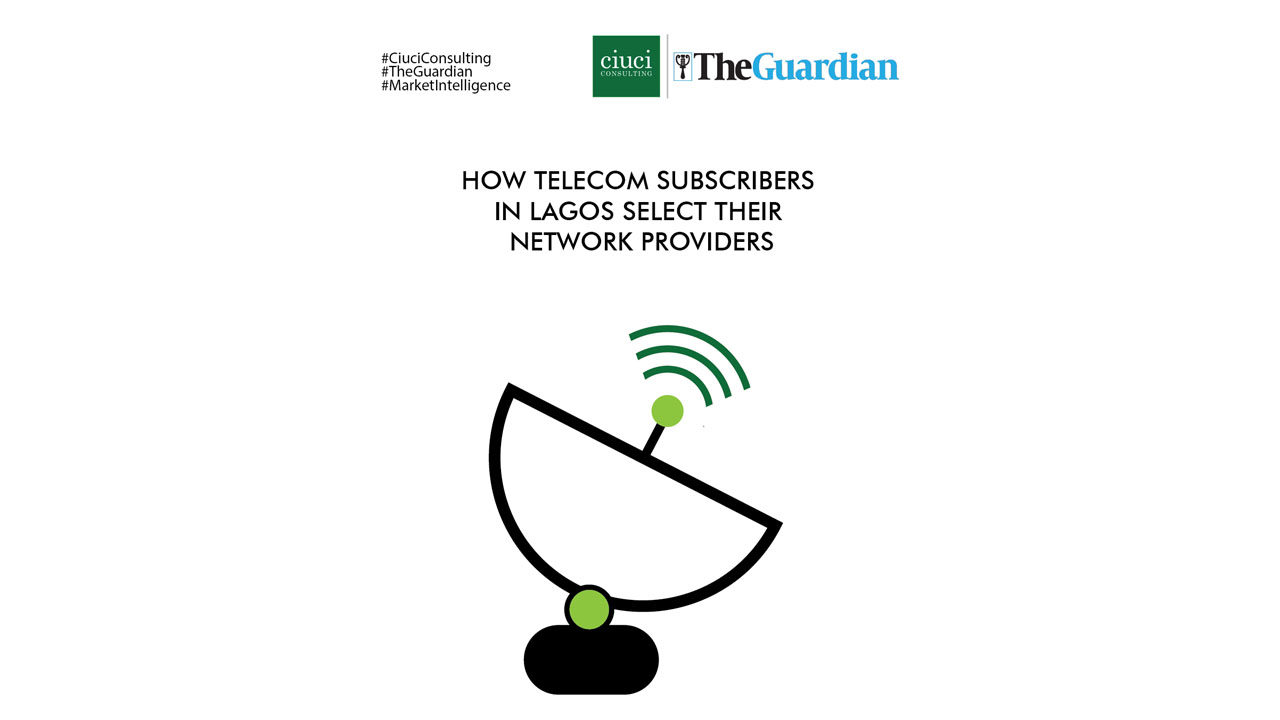 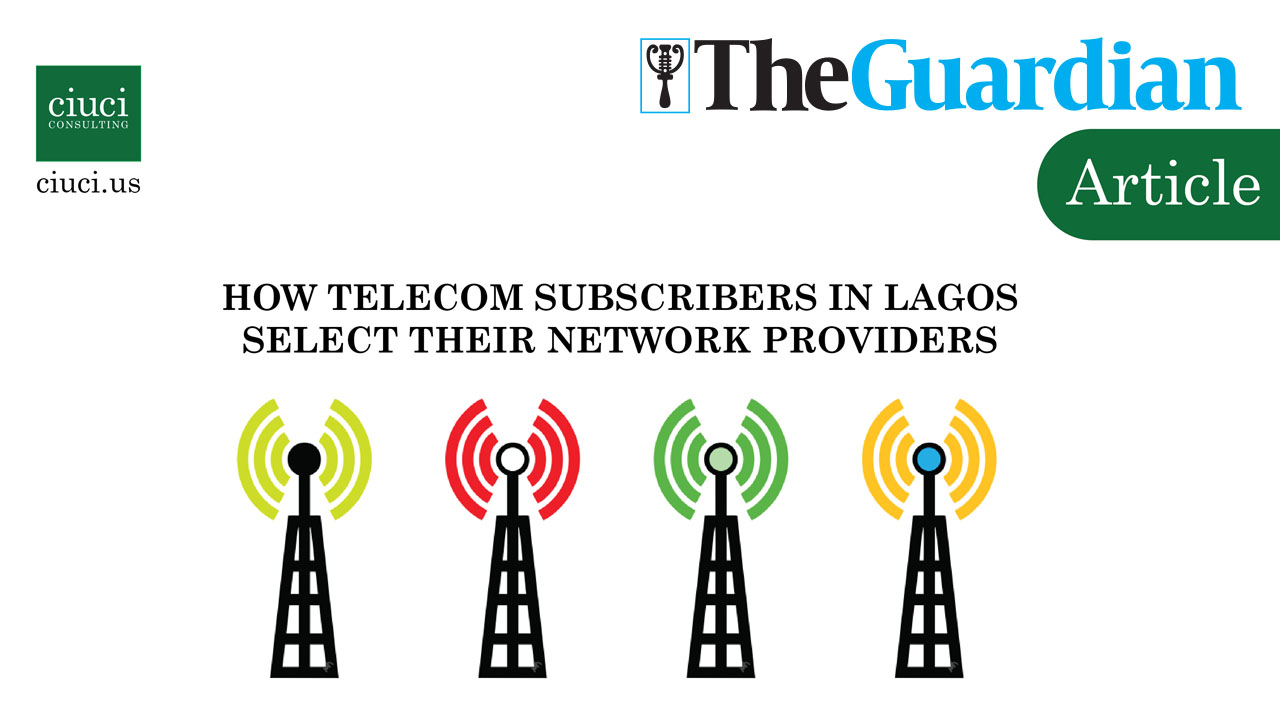 Nigeria is one of the largest telecom markets in Africa with only a few network providers. The industry is also the largest segment in the Information and Communication sector and in Q1 2019 it contributed N2 trillion to the country’s Gross Domestic Product (GDP). MTN Nigeria, is the country’s largest network provider, with a subscriber base of 40.8%, Glo, a Nigerian multinational is second with 24.54%, Airtel and 9mobile are third and fourth with 24.51% and 9.8% respectively.

Due to intense competition, these players are currently competing to deliver data and voice calls at the cheapest rates. “The fierce price competition among telecom operators on their voice and data has led to the contraction in the sector’s revenue over time”. Consumers have reacted in various ways in their search to gain optimal value for money spent. Ciuci Consulting conducted a survey to understand consumers’ behaviors in their quest for value.

The survey was conducted in Lagos, often described as the economic heartbeat of Nigeria.

Voice
Consumers were asked what factors they considered when selecting a network provider for both voice and data subscription and their willingness to switch to other networks.
55% of respondents using Airtel and MTN stated that they do not feel they get value for money spent on calls. When interviewed on their willingness to switch, subscribers on 9Mobile network were more willing to switch than other network subscribers.
Respondents within the 25 – 34 age range, stated “loyalty” as their reason for selecting a network provider while the 16 – 24 age group choose “network coverage” and “quality”.

Internet Data Access
When selecting a network provider for data services, 43% and 45% of respondents using MTN and 9Mobile respectively, were more concerned about the quality of the network rather than the cost or plans available. They were also the most willing to switch to other networks.
Respondents who use Glo are concerned about the cost of data and plans available with 85% stating that they get value for money.

In selecting a network provider for calls, loyalty is the primary consideration, as 34% of male respondents and 29.41% of females stated this. Cost and network quality are the major factors considered when choosing a network provider for data service, by both genders.
95% of respondents preferred a single sim with roaming abilities that could switch to the best network provider for both calls and data anywhere in Nigeria. This response was across all age brackets, an indication that perhaps the Nigerian market is ready for Mobile Network Virtual Providers (MVNO) with roaming capabilities.
Based on the survey, MTN, the provider with the highest subscribers, has a customer base that is not price-sensitive, and always trust the network’s ability to provide a wide coverage. 9mobile has the most loyal customers who rely on them to provide quality services for both voice and data. Globacom subscribers choose it for its low call rates, lowest data prices and multiple plans. Airtel and Globacom subscribers are the most price-sensitive, looking for the lowest voice and data rates. Understanding consumer behaviour is vital for network providers as they develop strategies to retain and attract more subscribers.