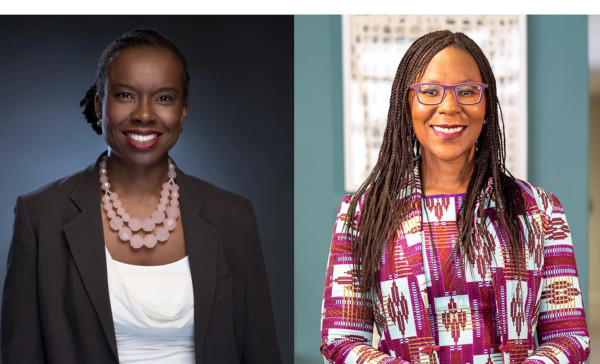 “Globally, women have tremendous purchasing power as consumers and controllers of household economics. In the same vein, women entrepreneurs have a significant presence in Africa's SME sector with African women making up 58% of the continent’s self-employed population. However, despite this economic power and presence, African women are underserved as consumers and producers. This has had huge impact on economic growth as the potential of more than half of the continent’s population remain untapped due to structural and systemic issues. We are proactively working towards filling this gap with a clear mandate to support women-led businesses across the continent while raising awareness for gender-smart investment as a path towards inclusive economic growth,” said Principal Partner Tokunboh Ishmael in Nigeria.

African women have remained underserved by the financial sector even as the historical investment gap between men and women continues to widen. Estimates show that African women receive less than 5% of all investment on the continent even though over 40% of small and medium-sized enterprises (SMEs) in Africa are women-led. Reports by McKinsey point out that closing the investment gap will lead to 26% gross domestic product (GDP) growth ($28 trillion) by 2025. By applying a gender-smart lens to investment, Alitheia IDF is setting the pace and providing a framework for gender-inclusive investments with the goal of enabling economic growth for African countries and, critically, African women.

Polo Leteka, Principal Partner in South Africa, explained that it is her hope that Alitheia IDF’s leading example will inspire other investors on the continent to invest in women, noting that women have an important role to play in unlocking the economic potential of Africa. She further stated that “the historic inability to appropriately capture the economic potential of African women has affected Africa’s development. Alitheia IDF is on a mission to fill this gap by using a gender smart approach and financial capital to empower women as consumers and producers.”

EIB Vice-President Thomas ÖSTROS (https://bit.ly/323Arrq) said: “Women-owned businesses still struggle to raise funding, although they have proven their performance. I am very pleased to support a true ‘by-women for women’ 2X Flagship fund that invests in companies creating job opportunities while enhancing diversity in the sub-Saharan Africa’s economy. The EIB’s investment in Alitheia IDF is part of our SheInvest (https://bit.ly/3DQlB4U) initiative seeking to mobilise €2 billion of investment to boost gender equality and female economic empowerment across the African continent. I truly believe that gender equality makes societies stronger.”

Alitheia IDF is supported by investors across four continents: the African Development Bank, Bank of Industry Nigeria, FinDev Canada, Dutch Good Growth Fund and the European Investment Bank. In 2019, the fund announced its first close at $75 million with the President of the African Development Bank (AfDB), Akinwumi Adesina, stating at the time that Alitheia IDF had fulfilled its commitment to raise funds for female-led businesses. “Promise made, promise kept!” he declared.

Read the story: A true by women, for women fund (https://bit.ly/3dSYHPL)

AIF is committed to advancing gender equality by capitalising on diversity and inclusion as an opportunity for driving better performance and superior return. The fund invests in businesses that engage a significant percentage of women, either as entrepreneurs, producers, distributors or consumers. Some of the sectors in focus are: Agribusiness, Consumer Goods, Health, Education, Creative Industries, and Financial and Business services.

To enhance the positive impact of its activities on gender equality and empower women and girls, the EIB Group adopted a Strategy on Gender Equality and Women’s Economic Empowerment (https://bit.ly/326vCOl) and a Gender Action Plan (https://bit.ly/3s3g3BT), with the aim of embedding gender equality and in particular women’s economic empowerment in the EIB’s business model. It covers its lending, blending and advisory work within and outside the European Union.

The EIB is also committed to driving gender equality in the workplace. The EU bank champions diversity and inclusion not only because of the undeniable business benefits they bring, but also because of their power to enrich the working environment for all staff.

Opinion
To improve the plight of internally displaced persons
27 mins ago
It is a human tragedy that displaced people, who should enjoy the protection of government, have again been allegedly displaced by government officials without prior notice and without providing any place for their re-settlement.