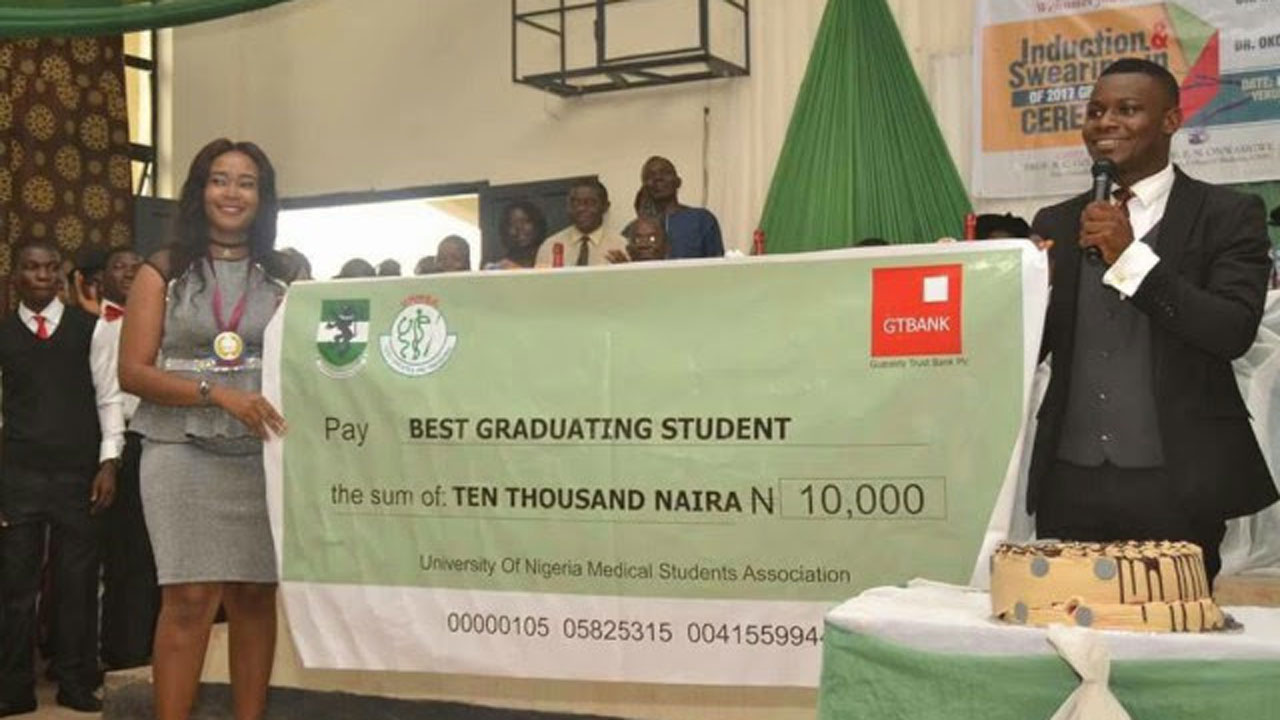 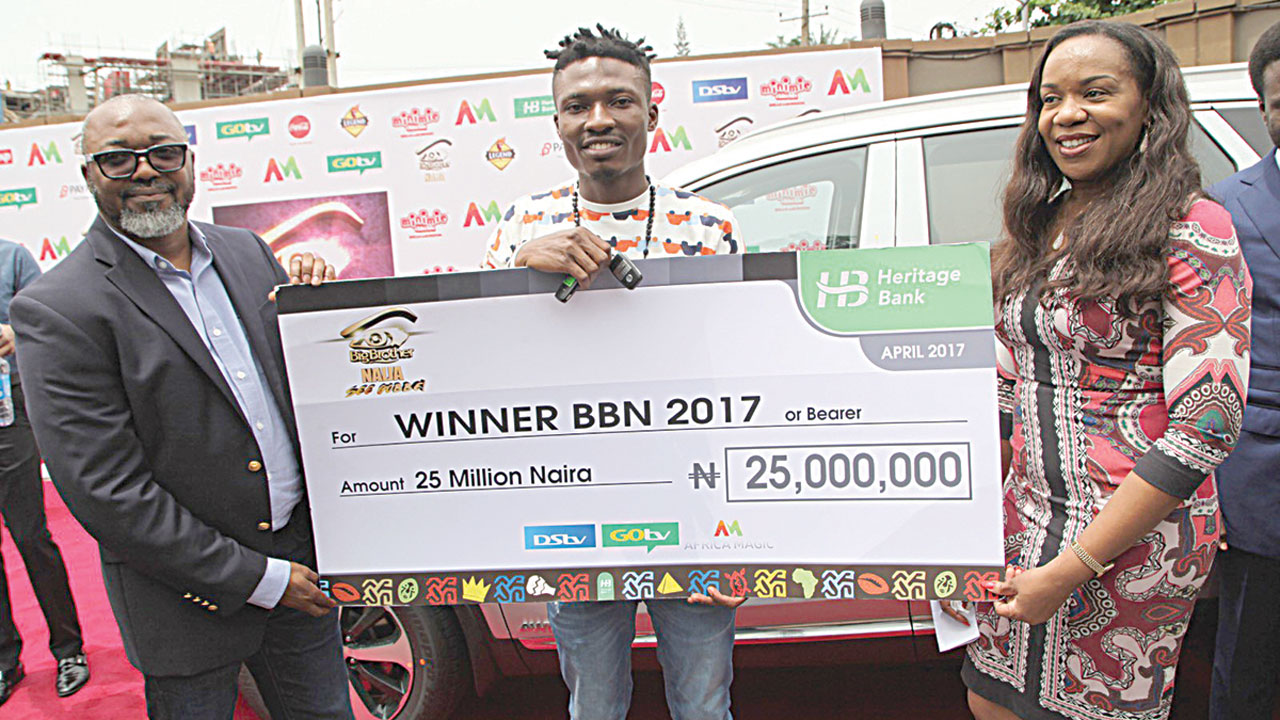 It is hardly mentioned that scholars or geniuses make the top list of Forbes’ richest persons in the world. and it is becoming increasingly worrisome as the Nigerian society continues to place higher premium on vainglorious sports and entertainment stars than on academic geniuses. In this report, Head, Education Desk, Iyabo Lawal, examines the reward system in education and reality shows.

An enraptured audience stood transfixed – it was a standing ovation. The girl’s mellifluous voice was enchanting as she serenaded the crowd. Her dance steps were astonishing as she wowed everybody with her performance.

In the end – after performances by other contestants in the talent show – the young lady was adjudged the winner. To her name, was added a cash prize of N25m and a brand new sport utility vehicle – latest model.

Far away from that pomp and circumstance, was another gathering – solemn but nonetheless in a joyous mood. It was the fifth time a graduand would be called to the podium to receive an award.

She won almost every award available; best graduating student, best student in the department, faculty, etc. The crowd was astounded by her academic genius.

But she went home with a paltry N540, 000 for claiming seven awards of excellence, following rigorous years of painstaking study.

Entertainment and reality shows such as the Big Brother Nigeria (BBN) offers N25m prize. Paediatricians award N250 to best graduating student.
Recently, the winner of Big Brother Nigeria got N25m and a brand new Kia Sorento SUV and a recording contract, while the Paediatrics Association of Nigeria (PAN) which sponsored the 2014/2015 academic year Best Student in Paediatrics Award at the University of Port Harcourt, Rivers State, winner – Joy Omubo – N250, an amount worth less than a dollar.

And, the money was given to her in 2017. But Omubo displayed a rare sense of humility and contentment towards the disgraceful N250 prize money. When asked how she felt about the prize, she said, “About the cash prize, I’m grateful for the gesture. I do not feel entitled to anything and nobody actually owes me anything. So, I don’t feel sad. The cash reward was inconsequential to me.”

Did you know the highest-paid footballer in the world today? His name is Neymar Jr. He recently signed a £25m-a-year contract at Paris Saint-Germain.

On the Forbes List of Riches Persons in the World, you will hardly find an academic genius on the list. The reward system in the society is said to be against academic excellence and in favour of sports and entertainment accomplishments as developments in Nigeria have demonstrated in the last two decades.

Corporate organisations, individuals and government agencies all seem drawn to stardom offered by the world of showbiz. Sports and entertainment stars are promoted, courted and honoured more than academic geniuses.

Sports and movie stars are paid huge salaries. How many researchers, lecturers and teachers earn as much? But can those in entertainment/sports and academics be held to the same standards?

Some experts have argued that sports/entertainment stars with rare talent who earn so much are few, and the money is in “recognition of the skills and dedication a person needs to be successful.”

They argued further that the society prefers them to a boring academic genius. Sports and entertainment stars bring so much joy and thrill to families and many are willing to fritter away their hard-earned money just for the fun of it. They do not see academic excellence as being exciting and worth ‘wasting’ money on.

It is also argued that famous entertainment and sports stars sometimes risk their life and health to break through. One of Nigeria’s most celebrated footballers, Nwankwo Kanu, had to deal with a heart problem and beat the odds to be successful. He became an icon of hope and determination as demonstrated by Peak Milk’s commercial. There are many other examples.

Some have noted that the Nigerian society places a higher premium on sports and entertainment than on education. Today, not a few parents encourage their children to join a film, sports and music academy so as to make it big in life. The get-rich-quick syndrome has become a way of life, likely because entertainment and sports offer a sure way of making it big with less stress and with less years and resources.

Everyone is now reaching for stardom: lawyers have become film stars, doctors have become musicians and engineers have become reality show celebrities just as the standards of education continue to fall and teachers keep embarking on several indefinite strikes because the government has always failed to cater to their needs.

There are a lot of sports and entertainment programmes that give huge financial rewards to contestants and winners; they get a lot of viewership and followership – a cult following of some sorts.

While the education system may be said to be in the crucible, there are efforts being made – maybe little compared to sports and entertainment – to make education attractive and rewarding. It is not all that bad news in the sector.

Last year, Learn Africa said it had concluded plans to organise an award programme, which recognises and honours distinguished National Examination Council (NECO) candidates, schools and teachers in the country in all states and the Federal Capital Territory (FCT).

Concerning that the Chairman of the organisation, Emeke Iwerebon, said, “The annual Learn Africa-NECO Excellence Awards for students, teachers and schools at the senior secondary level’s objective was and remains to underscore the importance of excellence in education to our national development, as well as encourage hard work, diligent scholarship, and healthy competition amongst students, teachers and schools.”

To Iwerebon, more funds are needed in the education sector to make it competitive and more rewarding. It is not entirely correct that there are no interest in education by corporate institutions and individuals. Some have wondered what has happened to various scholarships programmes offered by the federal government, banks and oil companies. Why are students not taking good advantage of these opportunities?

The response is not farfetched. Accessing such scholarships requires rigour and brilliance; not so much so with displaying raw talent, or no talent at all, to win big in sports or entertainment.

“As customary of the ABR programme, about 200 best-performing pupils from different public and private primary schools from across the South-West and South-East will be rewarded for their academic excellence, thereby enhancing their mental and academic performances. The kids will be recognised and rewarded with certificates of excellence and valuable prizes,” the company’s Manager, Corporate Communications, Sylvester Iriogbe, said.

His words were corroborated by his marketing counterpart, Friday Enaholo, who said, “As we have always emphasised, the ABR is our attempt to bring back the glorious days of our education by supporting the children’s drive for academic excellence. This is another season of delight for pupils who have worked so hard and performed exceptionally in their academics. For us as a brand, it is another day of celebrating excellence.”

In 2016, there was no single Nigerian student on the list of 700 best universities in the world. It was not surprising; nowadays, schools have become filled with sadistic lecturers, paedophiles as teachers in primary and secondary schools.

Expressing her angst over the current situation, Debbie Otua, a social commentator said, “Today, talent shows in which people sing, dance just live with a bunch of other people (in a house) live on television to win mouth-watering prizes are the order of the day. Having read about the lamentations of scholars, lecturers and other concerned citizens, parents and stakeholders in the education sector; a bitter conclusion is that the system is fast losing its juice in Nigeria.

“Until the Nigerian society starts to place more premium on education and the youths, the future remains bleak.