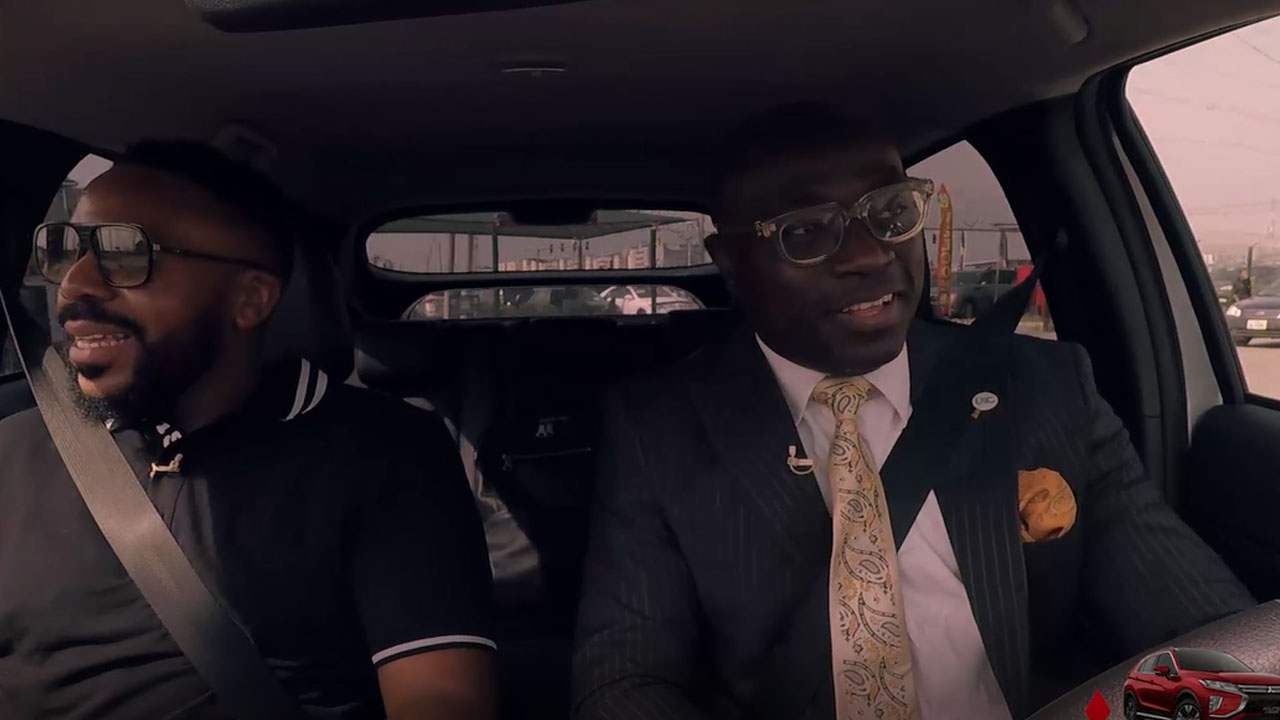 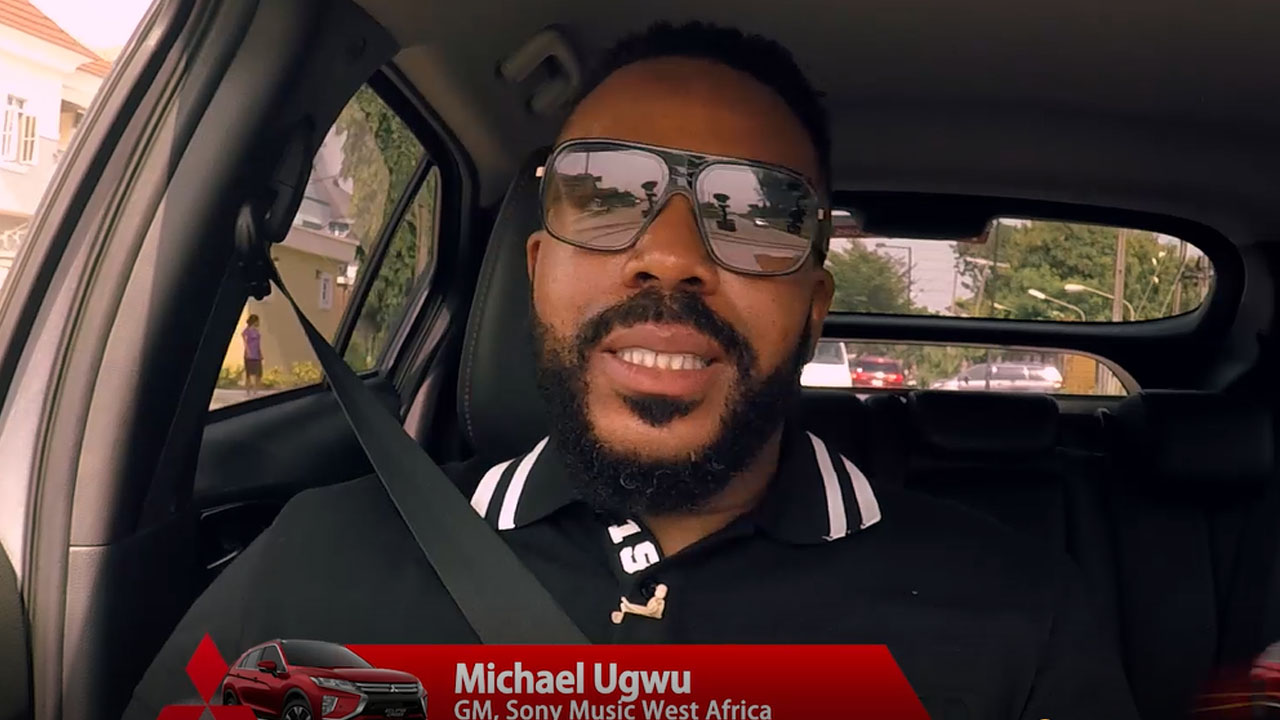 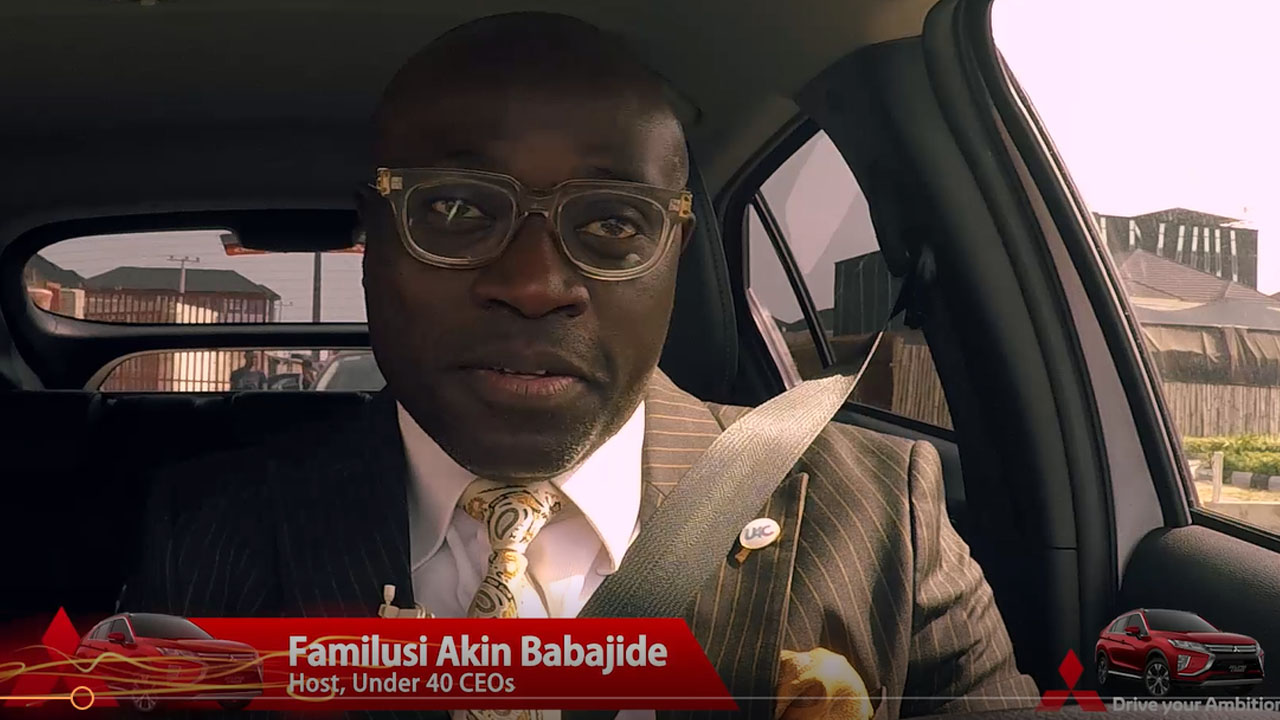 Under 40 CEOs has partnered Massilia Motors – Sole distributors of Mitsubishi Motors in Nigeria to create a 12-part mini-series featuring young Nigerian business leaders whose stories are bound to inspire.

Executive Director for Africa at Under 40 CEOs – Familusi Akin Babajide (FAB) said, “At Under 40 CEOs, we care about what drives you hence we have partnered with Mitsubishi Motors in Nigeria to bring you a new and exciting series – Under 40 CEOs. Drive Your Ambition.”
On the show, Mr FAB takes a ride with your favourite Under 40 CEOs and has a chat with them as they tell their stories whilst exploring their failings, challenges and ultimately how they surmount these to turn a profit.

The Head of Marketing at Massilia Motors – Funmi Abiola said, “Drive Your Ambition is Mitsubishi Motors’ new tagline developed after the centenary celebration of our brand. We at Massilia Motors are committed to celebrating the success of Nigerians breaking grounds in a bid to motivate others to accomplish even more. We are proud to partner with Under 40 CEOs whose work in inspiring and informing the next generation of African business leaders has not gone unnoticed.

The road may be fraught with potholes, many twists and turns, some dead-ends which ultimately require that you reverse but one thing is constant all of these CEOs stabilize and never stop moving.

For the next 12 weeks starting this week, follow their journey and be inspired to DRIVE YOUR AMBITION.

More About Under 40 CEOs
Under 40 CEOs launched on TVC Entertainment and TVC News on the 9th of October, 2015 and subsequently launched on Silverbird Television Network on the 13th of January, 2016 and has spotlighted inspiring young business leaders aged 40 and under from Nigeria, Ghana, Rwanda and South Africa. Business leaders that have been featured on the show include Adebola Williams of Red Media; Audu Maikori of Chocolate City Group; Noble Igwe of 360 Group; Bola Ray of EIB Networks; Alex Brahm of SMSGH; Oluyomi Ojo of Printivo whilst discovering inspiring CEOs like lawyer Aderemi Oguntoye of Oguntoye and Oguntoye; Senyo Hosi of Ghana Chambers of Bulk Oil Distributors;Farida Bedwei of Logiciel; Ukinebo Dare of Poise; Abiola Adekoya of RMB Stockbrokers; Ran Neu-Ner, Co-CEO at The Creative Counsel; Shukri Toefy, CEO at creative adverting agency, Fort and Ade Adegoke of Oando Foundation amongst others.

With over 100 episodes till date, and serial entrepreneur, Familusi Akin Babajide, Mr FAB as the host, Under 40 CEOs has since gone on to inspire and motivate millions of would-be young business leaders across Africa to take action and join in the rebuilding and re-shaping of the African continent. Under 40 CEOs currently reaches an odd 875,000 viewers every week with a social media following of over 90,000 and growing with a cumulative social media content reach of over 7million.

Music
With Oluwa, Sey Byth Tackles Societal Ills
8 mins ago
Promising afro-pop singer, Oluwaseyifunmi Michael, popularly known as Sey Byth, has tackled the government in his new offering, Oluwa.
Visual Arts
LIMCAF winners in Dak’art 2022, commend El Anatsui, others for opportunity
8 mins ago
Eighteen young Nigerians from across the country were among the artists at this year’s Dak’Art Biennale, Africa’s most famous international art fiesta of contemporary art, which began in St Louis, Dakar on May 19, 2022.
Nigeria
Ndukuba laments nation’s woes
9 mins ago
The Primate of Church of Nigeria, (Anglican Communion), Most Rev. Henry Ndukuba, yesterday, said “Nigeria has moved from being a weak state to a fully failed state,” having manifested all signs of a failed country..
Sunday Magazine
Be filled with the spirit - Part 3
17 mins ago
The Holy Spirit empowers you to do the work of the ministry efficiently and effectively without any form of reproach to the name of the Lord. In Exodus Chapter 31, God appointed Beazley, Ophelia ...
Sunday Magazine
Loving your spouse despite your work schedule
19 mins ago
Some time ago, I told my wife that we needed to chill out to free our minds from work. In Mark 6:31, Jesus said to his disciples after a very hectic season of work: “Come away… into a desert place...

Executive Motoring
Stakeholders push for local auto assemblies to check smuggling
11 Jun 2021
The Federal Government may be losing half of its revenue from import duties on vehicles, as about 50 per cent of them come into the country, illegally.

Personality
“They Said I Couldn’t, but not only did I do it, I smashed it” - Shileola Ibironke, MD/CEO of the Micromedia Group of Companies.
15 Jun 2021
Season 1 of ‘They Said I Couldn’t’ is here and we are absolutely here for it. This series tells the stories of 10 young female leaders who share something in common -They were all told they couldn’t. However, they chose to challenge the status quo and rise above the restrictions placed on their femininity. Every…

Personality
“Never feel the need to minimize yourself to accommodate another person’s insecurities” – Tope Olagbegi, founder/CEO at Sixth Sense
24 Jun 2021
Episode 2 of ‘They Said I Couldn’t’ features the story of the Founder of Sixth Sense Interiors, a leading interior design firm in Nigeria.

Personality
“They said I couldn’t, but I designed a landmark that left my naysayers mesmerized. ” – Tosin Oshinowo, principal architect, cmDesign Atelier
29 Jun 2021
Episode 3 of ‘They Said I Couldn’t’ features the story of the daring architect and Founder of leading architectural firm – cmDesign Atelier.