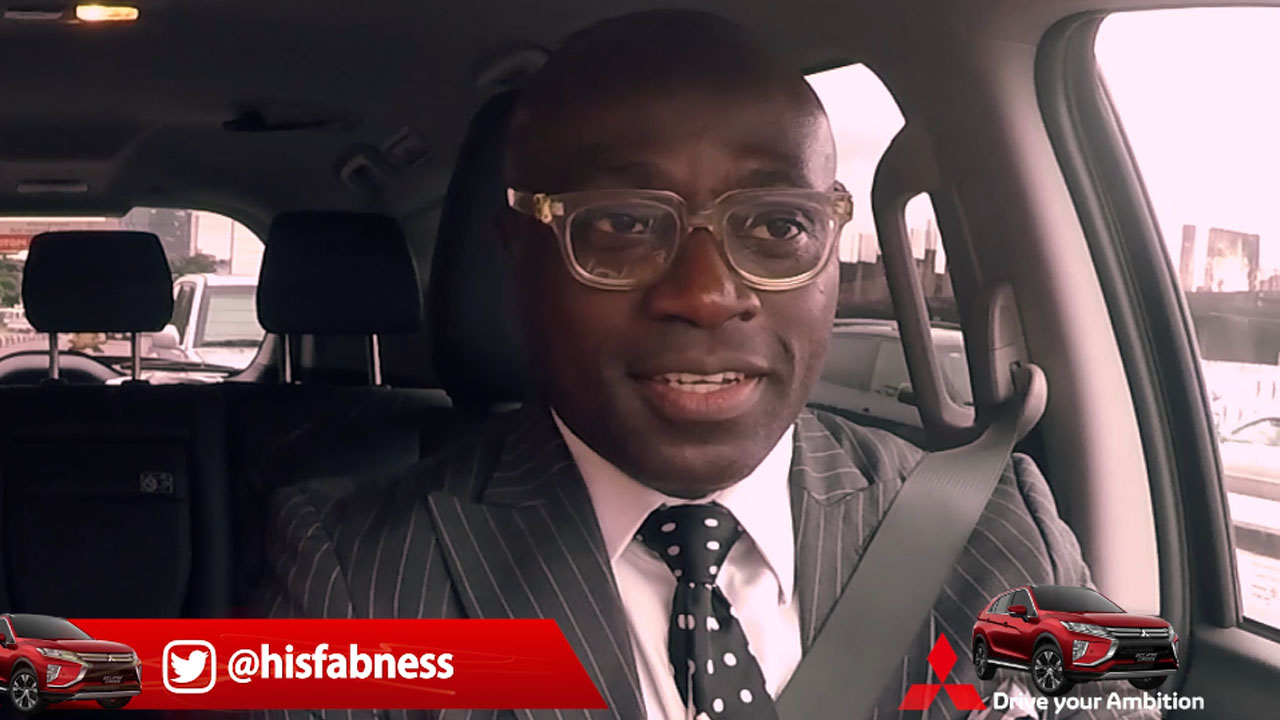 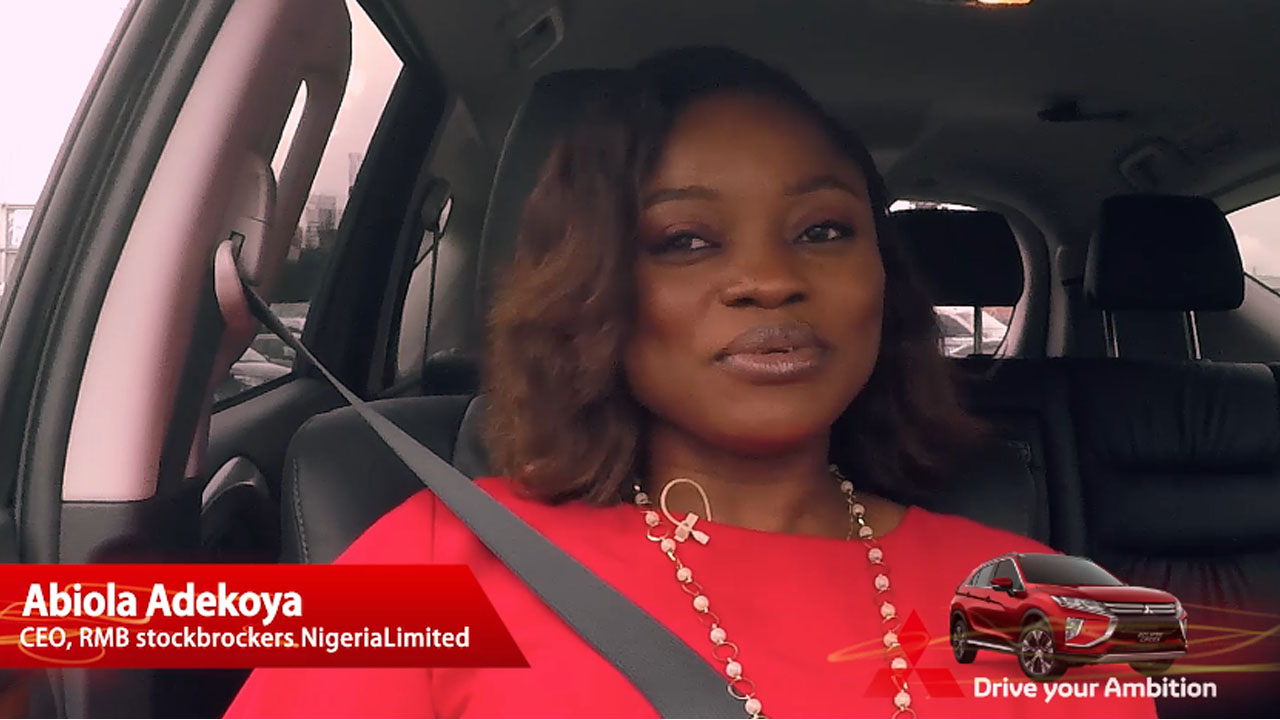 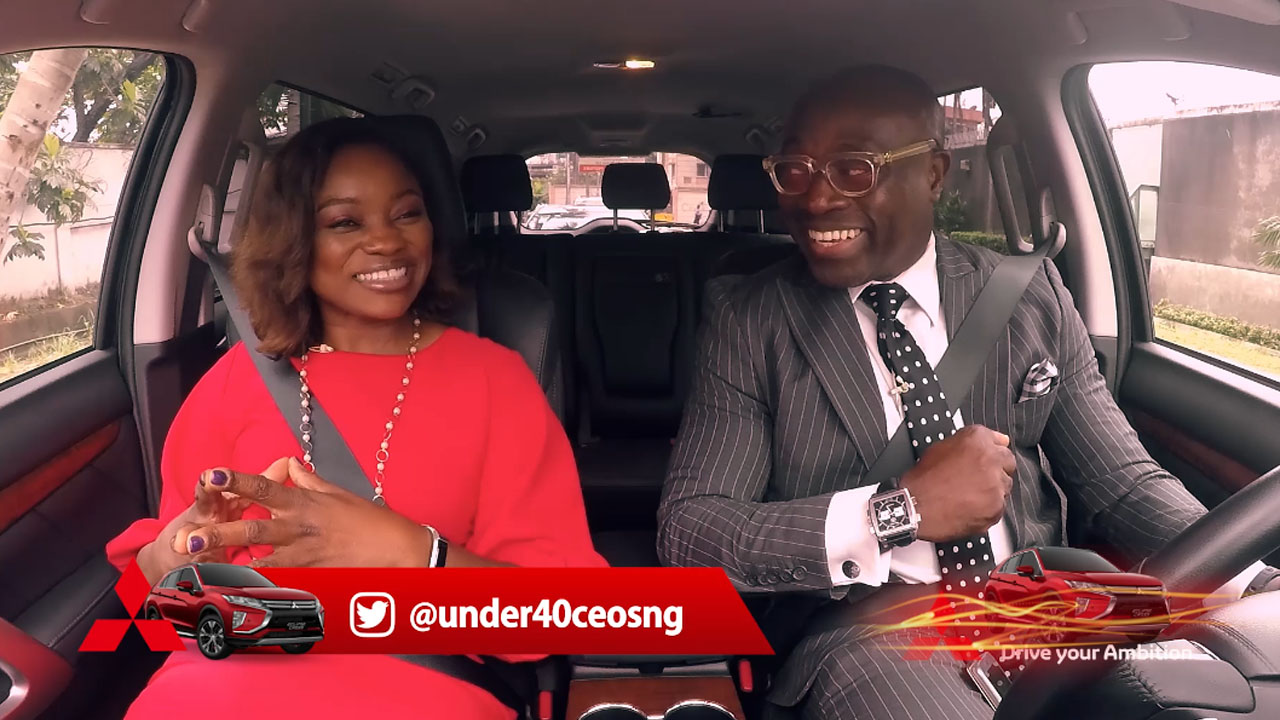 We are definitely not slowing down as we get into the 6th week of Under 40 CEOs – Drive Your Ambition! Who do we have riding the Mitsubishi Pajero Sport with Mr FAB this week? – Abiola Adekoya. Why does she deserve to take this ride? Please read below and then watch!

Abiola Adekoya’s endorsements on Linked In will pretty much tell you what she’s about – Investment Banking, Financial Modeling, Fixed Income, Corporate Finance, Capital Markets and Financial Markets rank highest on her list of endorsements. A graduate of Economics from the University of Lagos, Abiola would later attend The Lagos Business School her Master’s degree in Business Administration. She has risen through the ranks from being a Banking officer at Access Bank to becoming the Managing Director of FBN Securities by 2013. Today Abiola is the CEO of RMB Stockbrokers Nigeria Limited a subsidiary of First Rand Group, arguably the largest financial services firm on the African Continent.

leaders that have been featured on the show include Adebola Williams of Red Media; Audu Maikori of Chocolate City Group; Noble Igwe of 360 Group; Bola Ray of EIB Networks; Alex Brahm of SMSGH; Oluyomi Ojo of Printivo whilst discovering inspiring CEOs like lawyer Aderemi Oguntoye of Oguntoye and Oguntoye; Senyo Hosi of Ghana Chambers of Bulk Oil Distributors;Farida Bedwei of Logiciel; Ukinebo Dare of Poise; Abiola Adekoya of RMB Stockbrokers; Ran Neu-Ner, Co-CEO at The Creative Counsel; Shukri Toefy, CEO at creative adverting agency, Fort and Ade Adegoke of Oando Foundation amongst others.
With over 100 episodes till date and serial entrepreneur, Familusi Akin Babajide, Mr FAB as the host, Under 40 CEOs has since gone on to inspire and motivate millions of would-be young business leaders across Africa to take action and join in the rebuilding and reshaping of the African continent. Under 40 CEOs currently reaches an odd 875,000 viewers every week with a social media following of over 170,000 and growing with a cumulative social media content reach of over 9million.