On the 24th of May, Fast-rising Nigerian Artiste, Bad Boy Timz, has taken to social media to post drop a scanned copy of a lawsuit he has issued against his former record label, Anonymous music.

This legal letter is a reaction to a video that was published on social media blogs on the 18th of May by the record label. It shows the artiste in handcuffs, and the headlines state that the artiste was allegedly arrested for terminating his contract with the record label and defrauding them.

According to the legal letter, disagreements ensued between both parties after Bad Boy Timz decided to terminate his contract with the record label because of “breach of the terms of the contract” by the record label. 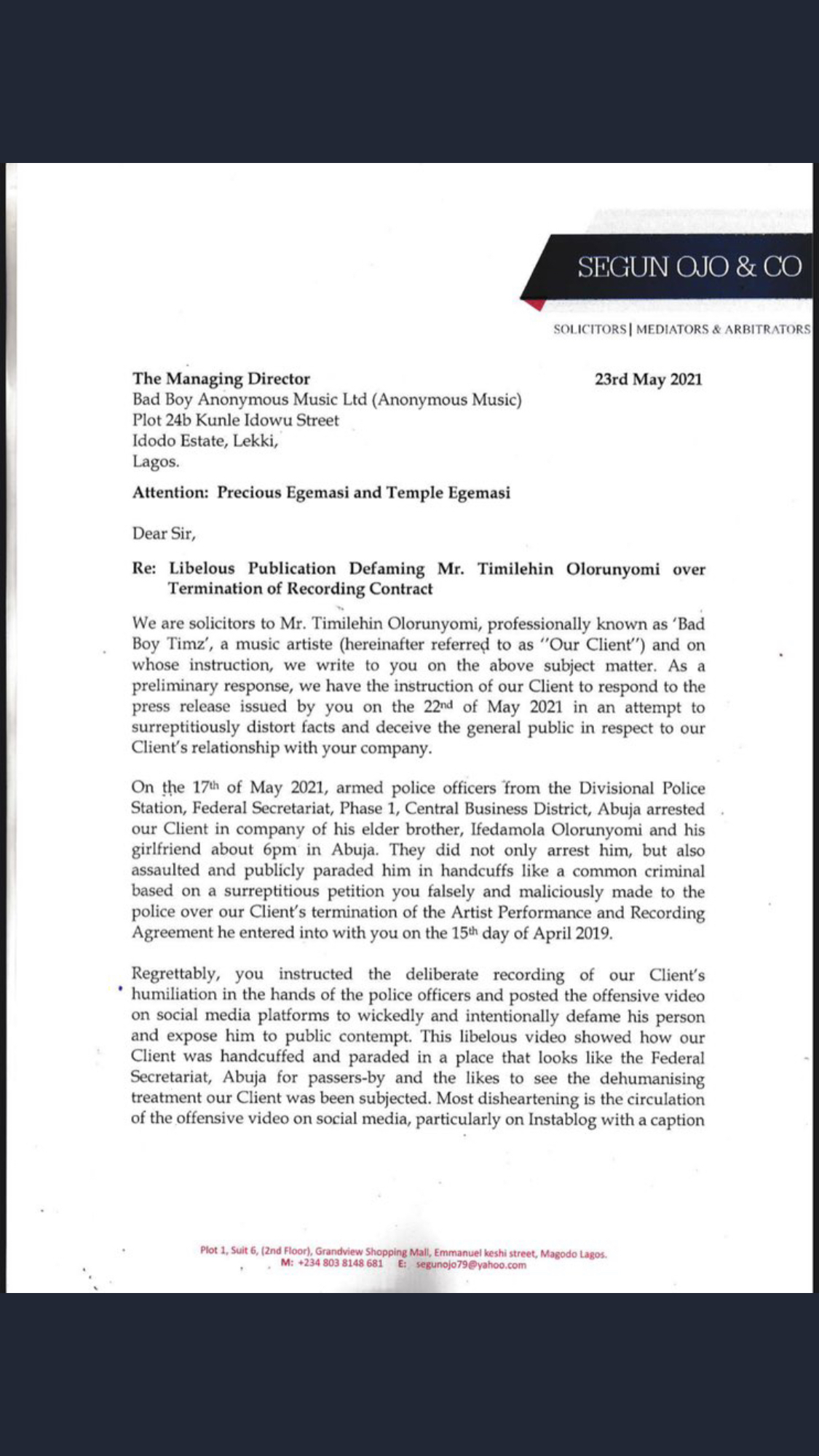 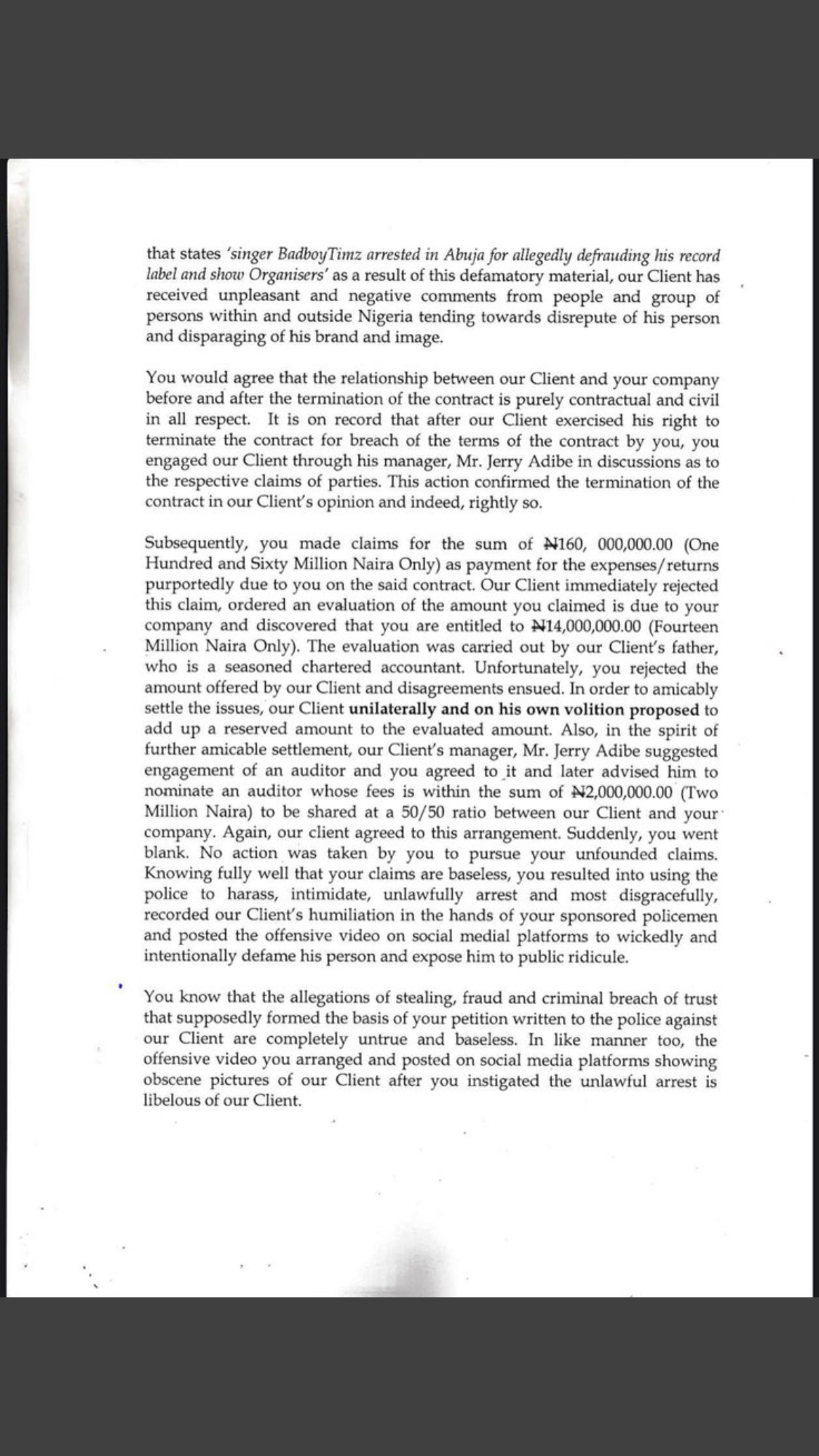 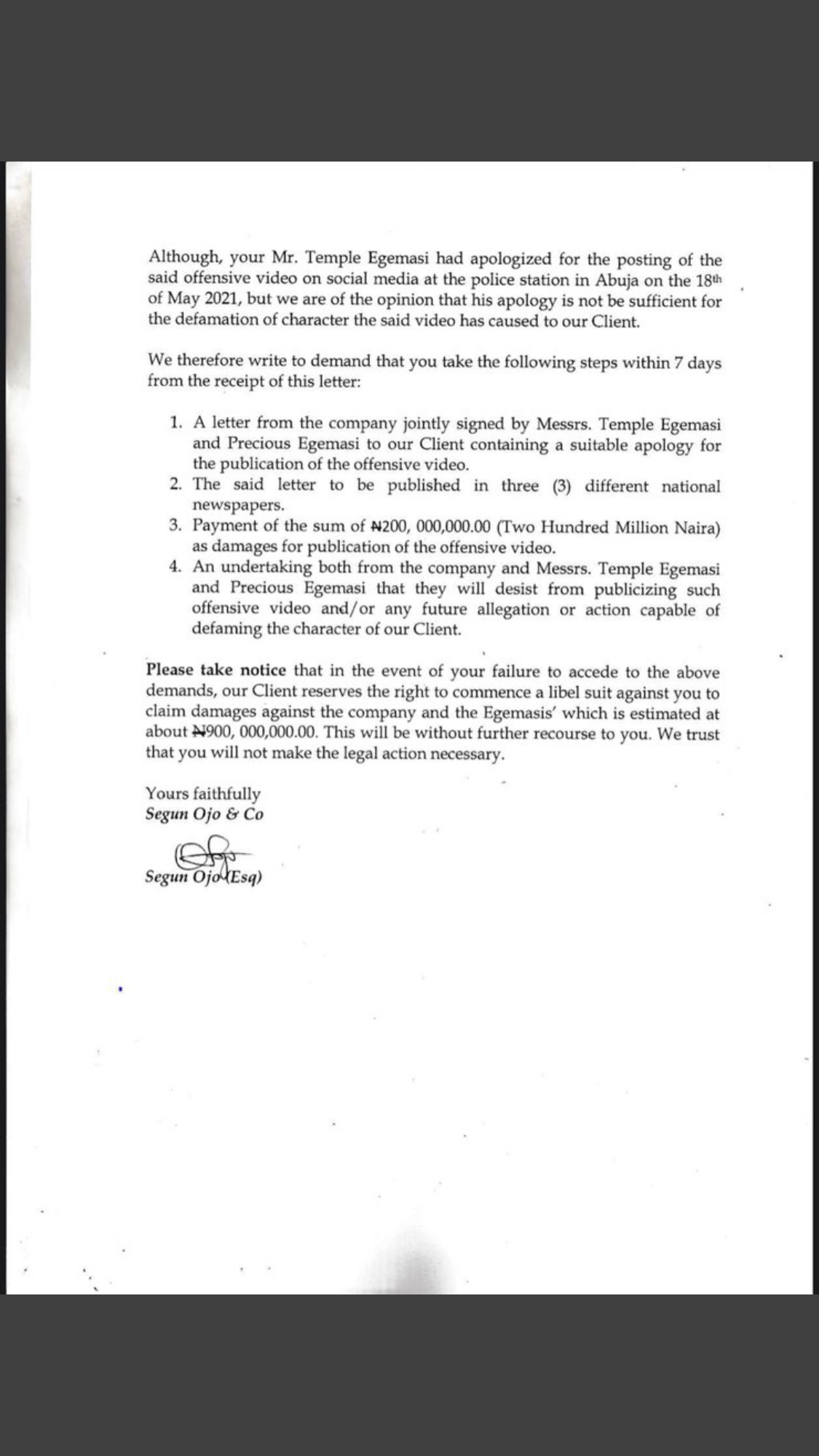 Also, according to the letter, the artiste demands:

A letter from the company jointly signed by Messrs. Temple Egemasi and Precious Egemasi to the artiste containing a suitable apology for the publication of the offensive video. The said letter to be published in 3 different national newspapers. Payment of the sum of 200,000,000 (Two Hundred Million Naira) as damages for publication of the offensive videos. An undertaking from both the company and Messrs. Temple Egemasi and Precious Egemasi that they will desist from posting such offensive video and/or any future allegation or action capable of defaming the character of the artiste.

After the legal letter was posted, BadboyTimz put up a press release stating that he had terminated any existing contract between himself and the record label. Therefore, any releases coming from the record label should be ignored.

Olorunyomi Oloruntimilehin, professionally known as Bad Boy Timz, is a Nigerian singer and songwriter. He rose to prominence with the release of the song ‘MJ’ and a follow-up remix that featured Nigeria singer Mayorkun. He was also featured in Olamide’s hit single titled ‘Loading’ and winning Rookie of the Year at The Headies Award.

In 2019, Bad Boy Timz skits and freestyles for which he received shouts from industry giants, including J Hus, caught the eye of the record label, and early in 2019, he signed a deal with Anonymous Record label and later Slippery Entertainment