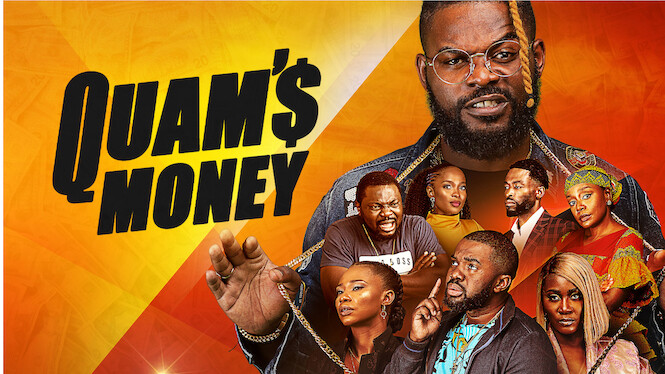 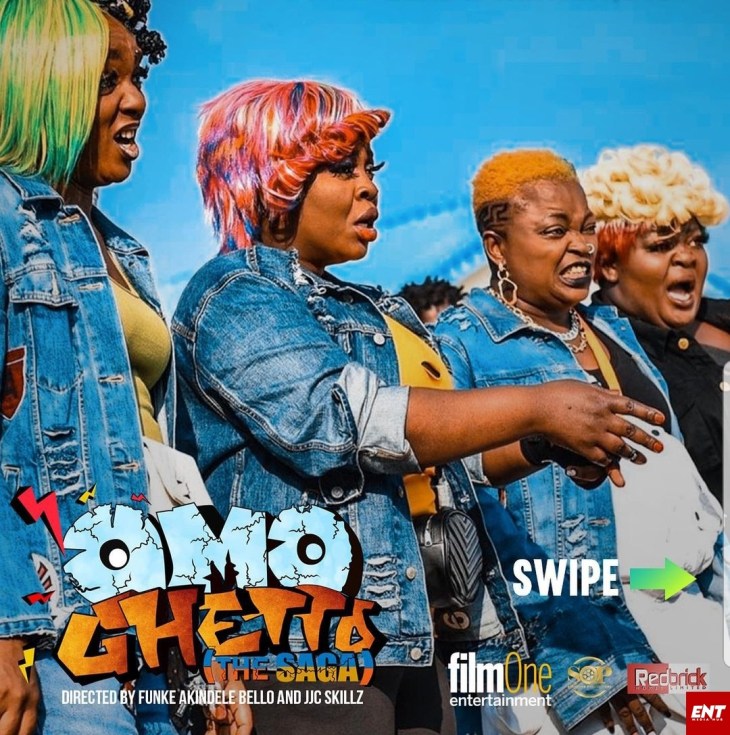 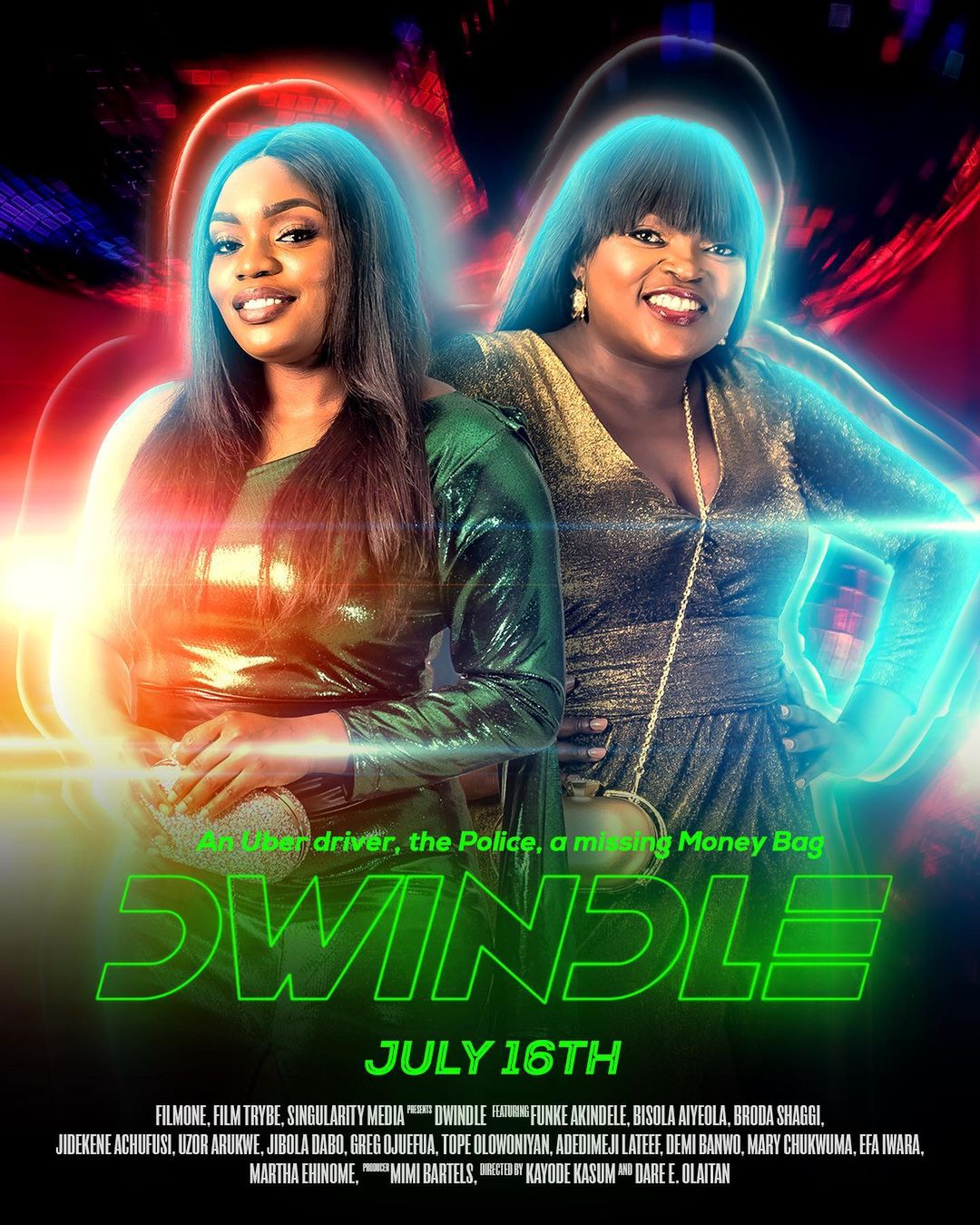 West Africa’s leading film production and distribution company, FilmOne Entertainment, has, through its media channels, revealed the role of its production collaborations in the successful recovery of the Nigerian box office in 2021, amongst other insights.

The company was involved in six out of the ten highest-grossing production collaborations of 2021, with films such as The Ghost and The Tout Too, Prophetess, Aki and Pawpaw and My Village People, making conspicuous positions on the list of top ten highest-grossing releases of the year. Generally, the company’s investment in co-productions accounted for 35% of box office revenues between 2020 & 2021.

Since its inception, FilmOne’s production arm has been involved in the making of blockbusters such as The Wedding Party 1 & 2, Sugar Rush, and Merry Men 1 & 2, to mention a few. This year, the company has announced its first slate of original feature films to include The Battle on Mama Put Hill and Aba Blues while as TV series contents, it will be making Raising 6, The Miseducation of Mimi, Hidden Pains and London Blue, amongst others.

Speaking about the slate, Head of Production, Mimi Bartels was enthusiastic, “I’m excited about this opportunity to bring to the big screen, as well as other platforms, the amazing stories that we have spent so much time developing. Our focus in 2022 is to produce authentic local content for global consumption, which would be key in positioning Nollywood as the solid source for stories that make a cross-cultural impact,” she said.

In late 2019, the company signed a pact with international partners Huahua Media (China) and Empire Entertainment (South Africa) to create the first West African Film Fund (WAFF), a one-million-dollar pool to sponsor the production of Nollywod films. Films such as Quam’s Money, Dwindle, Lockdown and Sanitation Day, were produced via this fund.

Co-founder of Filmhouse Group and managing director of FilmOne Entertainment, Moses Babatope, shared a visionary perspective on Nollywood’s film production, “We have come a long way in terms of aligning Nollywood with international standards on production quality, though there is room for improvement. What we are currently striving to achieve is taking it to the next level where the global audience would resonate with our stories, which would be certain when our films not only make global streaming charts but successfully open in many other theatrical markets, boosting the lifetime value of contents,” he said.

The distribution arm of FilmOne Entertainment also played a key role in 2021’s performance, distributing 76 out of the 214 films released theatrically in the year (34%), which accounted for 76% of the year’s box office revenue, according to data company – COMSCORE. Prominent amongst these releases is Spiderman: No Way Home, which is currently Nigeria’s second highest-grossing film of all time, having made a whopping N660 million ($1.6 million) in four weeks. It would be recalled that the Nigerian cinema industry was almost fizzled by the impact of the pandemic in 2020, losing six months to a lockdown and barely realizing N2.1 billion ($5.1 million, 30% of its revenue in the previous year). However, the year 2021 began with a spillover of Nollywood’s highest-grossing movie of all time, and Africa’s highest-grossing movie of 2020, Omo Ghetto: The Saga (distributed by FilmOne Entertainment), which realized 60% of its lifetime box office revenue in the year and provided a springboard for an exceptional performance of the Nigerian box office, despite odds such as precautionary measures and seating capacity restrictions necessitated by the pandemic.

Ladun Awobokun, Head of Distribution, spoke excitingly about the company’s achievements, “We anticipated a great performance for our titles at the beginning of the year and strategized to bring our expectations to fruition, nonetheless, what we have achieved is mind-blowing. Having to lead supply of premium content in both theatrical and digital platforms for the West Africa market in 2021, would have been impossible without the great relationship we have with our partners, and I would love to appreciate them all for helping us achieve such a great feat,” she said.

Music
Fiokee... From Star Quest To Master Guitarist
1 day ago
If the inventors of the guitar – from Antonio Jurado, to Christian Martin, George Beauchamp, among others – were alive today, they would be brimming with smiles

Spotlight
How Timi Dakolo Is Lending His Voice To Socio-Political Causes
1 day ago
The social media space has been known to function as a tool for promoting the sharing of information and creative content worldwide. As millions continue to engage on various social media platforms; Instagram, Facebook, Whatsapp, Twitter and many more, social media has transitioned into a voice for airing strong opinions, breaking new ground in society.…

What's New
Martha Stewart Opens Up On Split From Anthony Hopkins
2 days ago
Martha Stewart has disclosed that she broke up with actor Anthony Hopkins Stewart broke up over one of his most notable movie roles. Speaking on The Ellen DeGeneres Show on Wednesday, Stewart played a version of the game of "Two Truths and a Lie" called "Where's The Lie, Martha?" While playing the game, she revealed the…

Music
2Baba And Annie Make Us 'Smile' In New Music Video
2 days ago
2Baba brings smiles to the faces of fans as the season of love draws closer with the release of his Smile music video.  Smile is a song of promise, as the lyrics are a vow of love to a lover, promising to do all that will keep her smiling. In the video, 2Baba and his…

Music
Charlotte Fenna Set To Drop Icy Rain
2 days ago
FAST-rising Afro-fusion chanteuse, Charlotte Fenna, is set to extend her blooming discography with a sophomore extended playlist (EP), dubbed Icy Rain. With the 27-year-old singer set to drop the 5-track project in February, anticipation is rife on whether Charlotte would maintain her stellar sound fusion, and witty song writing that colours her discography. However, the singer…

Music
Adele Announces Las Vegas Residency Postponement
2 days ago
Grammy-award winning singer Adele has announced the postponement of her Las Vegas residency, scheduled to begin on Friday. Adele made this announcement in an emotional video she shared on Instagram apologizing to her fans for rescheduling the concert dates as her team has been "up against so much." Adele said tearfully, "Hi, listen, I'm so…

Music
Wizkid Postpones 'Made In Lagos' Canada Tour Indefinitely
4 days ago
Afrobeats superstar Wizkid has announced the indefinite postponement of his Made In Lagos Canada tour.  The singer shared this update in a post to his Twitter account on Wednesday. He noted that scheduled stops for the tour would no longer proceed this month as planned.  The post reads, "Due to existing and public health measures being introduced…

Music
D’Banj And Simi Join Nigerian Idol As Judges
4 days ago
Famous music stars, D’Banj and Simi, have been revealed as judges for the Nigerian Idols as the countdown to the show begins and will be premiered in February. D’Banj and Simi will be replacing Seyi Shay and DJ Sose who were judges in season six of the talent show and will be joining Obi Asika…

Music
Celine Dion Announces Cancellation Of World Tour
17 Jan
Iconic singer Celine Dion has announced the cancellation of her 16 remaining world tours. This cancellation is due to ongoing health issues. The singer who is just recovering from “severe and persistent muscle spasms,” said the healing process is hindering her ability to perform. The Canadian songstress made this known via her post published from…

Film
Nollywood Actor Aims For 'Highest Level of Education' After Master's Degree
2 days ago
Nollywood actor Muyideen Oladapo has set his sight on more academic achievements after bagging his Master's degree from the University of Lagos. Popularly known as Lala in the Yoruba film circle, Oladapo hardly cuts a bookish figure. But his desire for more education has been a life-long dream, he said. "I am not relenting because…

Film
7 Classic Nollywood Movies To Binge Watch This Weekend
3 days ago
With the weekend only a few days away, now's a better time than ever to get your watch list in order. This weekend, take a fun and worthwhile trip down memory lane with old school Nollywood films that bring to mind the good times.  These are 7 classic Nollywood movies you should binge-watch this weekend,…

Film
Eyimofe bags historic NAACP Image Awards nomination
4 days ago
Nigerian feature film, Eyimofe (This Is My Desire), has made history as the first Nigerian film to earn an NAACP Image Awards nomination. Directed by the Esiri twins – Arie and Chuko Esiri – and presented by GDN Studios, a subsidiary of The Guardian Group, publishers of The Guardian newspapers, Eyimofe received its historic NAACP…

Film
Hannibal star Gaspard Ulliel dies at 37 after ski accident
4 days ago
French actor Gaspard Ulliel, who played a young Hannibal Lecter and Yves Saint Laurent, died on Wednesday at the age of 37 following a skiing accident, his family said. One of the most striking faces of his generation, Ulliel was already in the top rank of French actors. He gained international attention for his performance…

Film
Joss Whedon Addresses Gal Gadot's Allegations On Set of "Justice League"
18 Jan
Joss Whedon has claimed Gal Gadot misunderstood him on set. The ‘Justice League’ director has responded to allegations made by the actress - who played Wonder Woman in the film - on set, suggesting there was a language barrier when communicating with the French star. Speaking to a New York magazine, Joss Whedon said, “I…

APO Press Releases
'Keep speaking out', UN chief urges in message to World Youth Forum
10 Jan
Although everyone has been deeply affected by the COVID-19 pandemic, the impact on young people has been “especially heartbreaking”, UN Secretary-General António Guterres said on Monday.  In a video message to the World Youth Forum in Sharm el Sheikh, Egypt, he urged participants to help shape a better world after the crisis, in line with the…

Saturday Magazine
Raymond fix sets sights on global fame
14 Jan
Due to his experience, Raymond Fix has always been way ahead of his peers in terms of quality of released music from his brand.

World
Millions more locked down as China battles Omicron spread
11 Jan
Five million residents of a central Chinese city were confined to their homes Tuesday while another megacity shuttered all non-essential businesses, as the country battles a spate of coronavirus outbreaks including from the Omicron variant.

Saturday Magazine
Start-up story of serial entrepreneur and property wealth expert, Daniel Moses
11 Jan
Successful entrepreneurs embrace challenges, mistakes, and failure as opportunities to develop new skill sets to help them succeed in the future. Daniel Moses is a property investor, coach, mentor, author, wealth generator, professional mentor, and keynote speaker. Like most entrepreneurs at first, Daniel had doubts, but knowing how to nip them in the bud made…