Founders Of Dolce And Gabbana Apologise For Racist Chinese Ad

The founders of Italian fashion house Dolce & Gabbana apologised to Chinese customers on Friday as a row over racially offensive posts snowballed, with its products pulled from lucrative Chinese e-commerce platforms.

In an attempt to salvage their reputation in the world’s most important luxury market, Domenico Dolce and Stefano Gabbana capped a 1 minute 30-second mea culpa by saying “sorry” in Mandarin in a video posted on a Chinese social media platform.

“Our families always taught us to respect different cultures across the world and because of this we want to ask for your forgiveness if we have made mistakes in interpreting yours,” said Dolce in Italian.

“We want to say sorry to all Chinese across the world, of which there are many, and we are taking this apology and message very seriously,” Gabbana added.

The Chinese-subtitled video — the company’s second apology this week over the row — was posted on Weibo, the popular Chinese Twitter-like social media platform where they have close to one million followers.

The controversy marks the latest backpedalling by a foreign company for offending Chinese consumers or authorities.

Earlier this year, German automaker Mercedes-Benz apologised for “hurting the feelings” of people in China after its Instagram account quoted Tibetan spiritual leader the Dalai Lama, seen as a separatist by Beijing. The foreign ministry welcomed the apology.

Under pressure from Beijing, a growing number of international airlines and companies have edited their websites to refer to the self-ruling democratic island of Taiwan as “Taiwan, China” or “Chinese Taipei”.

Marriott’s website in China was shut down by the authorities for a week earlier this year after a customer questionnaire listed Taiwan, Tibet and Hong Kong as separate countries, prompting the hotel chain to apologise and change the wording.

Dolce & Gabbana had already issued a written apology on Weibo earlier this week after the scandal prompted Chinese celebrities to boycott a Dolce & Gabbana fashion show in Shanghai, which the company then cancelled.

The controversy arose after the brand posted short clips on Instagram showing a Chinese woman eating pizza, spaghetti and a cannoli with chopsticks that some deemed culturally insensitive.

But it escalated after screenshots circulated of an Instagram user’s alleged chat with the famously volatile Gabbana, who used five smiling poo emojis to describe China and launched insults at the country and its people.

The company said its account and that of Stefano Gabbana had been hacked and that its legal office was investigating the matter. 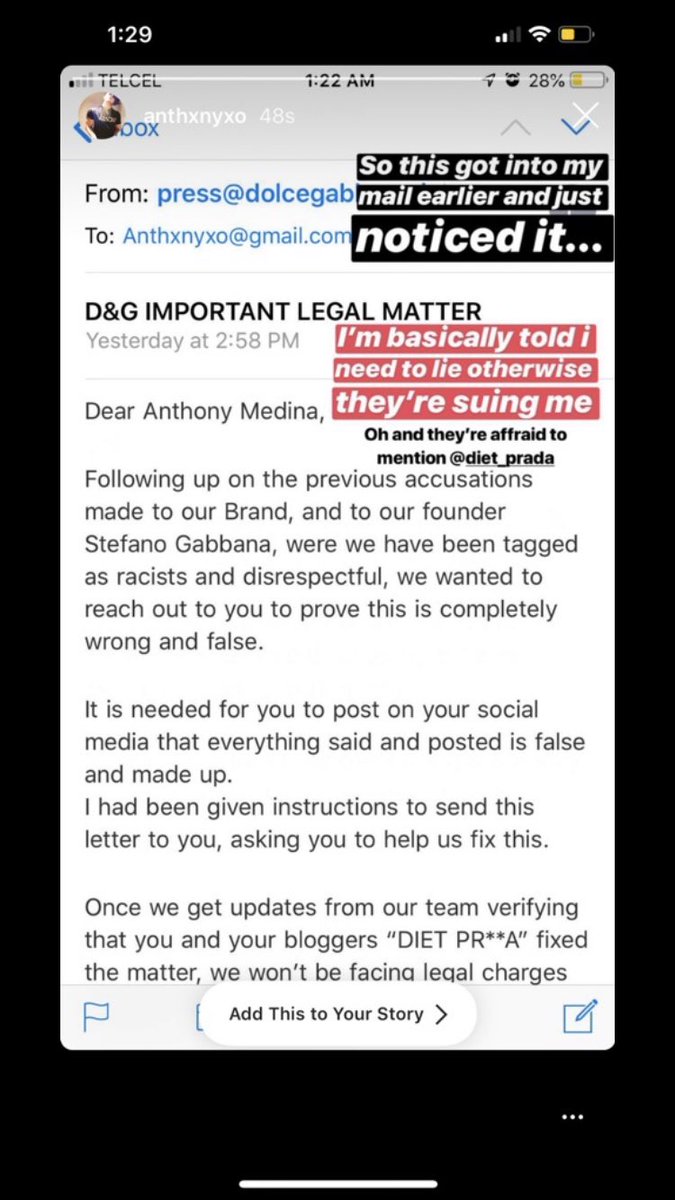 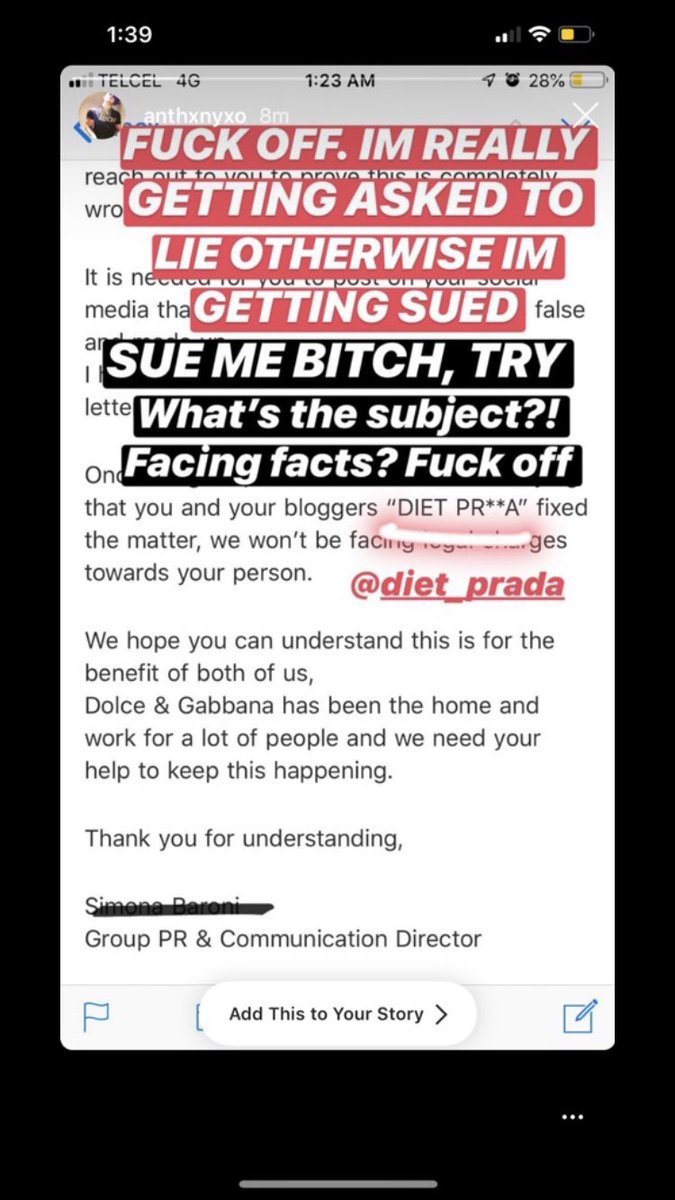 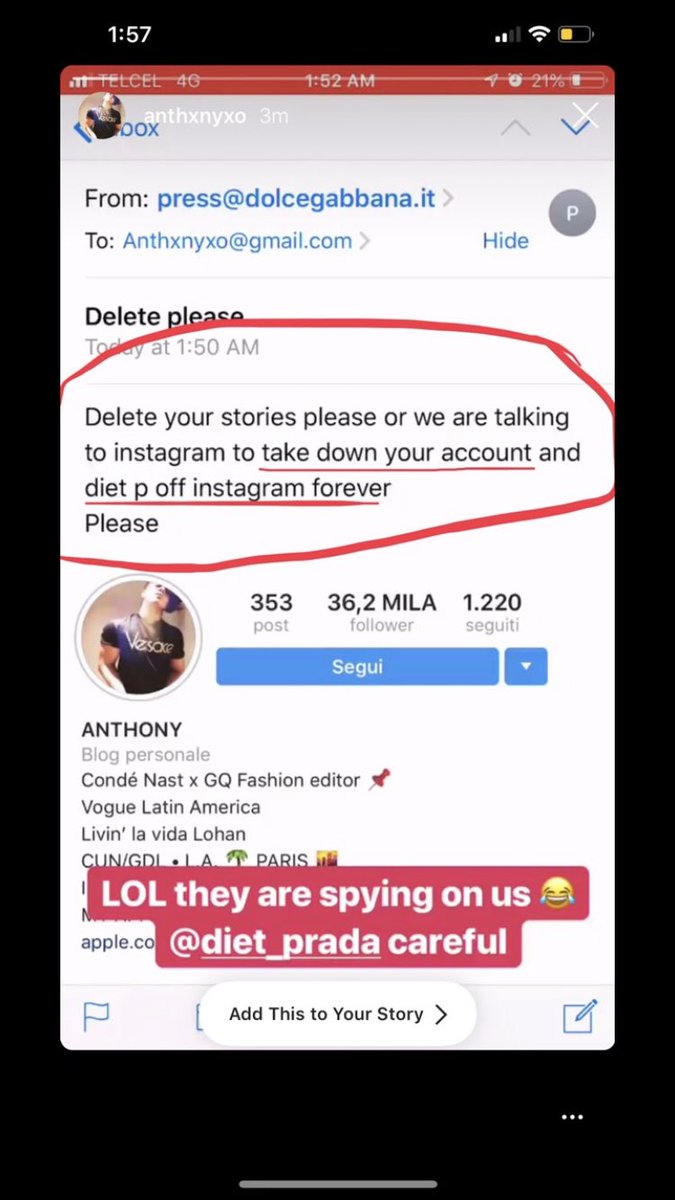 A spokeswoman of retail giant Suning.com said they have removed all Dolce & Gabbana products after the incident.

The brands also could not be searched on retail giants Taobao and JD.com. The two companies did not respond to requests for comment.

A protestor on Thursday targeted the Dolce & Gabbana store in Shanghai, plastering the storefront with the alleged screenshots of Gabbana’s conversation.

“Improper comments that insult China from the so-called famous designer of an internationally famous brand have really ruined our mood,” said protestor Edward Gu, who claims to work for a modelling and talent agency.

Referring to the cancelled show, he said many models, manufacturers and publicists from around the world worked hard on it but it was now a “wasted effort”.

Chinese social media users were unconvinced by the latest apology, with the video garnering over 100,000 comments some three hours after it was posted.

“They’re bowing their precious heads to the renminbi (yuan) then,” one Weibo user commented on the apology post.

5 Reasons To Start Your Day With Ginger
4

Imam Discovers "Wife" Is A Man After 2 Weeks Of Marriage

Music Watch: The Weeknd Goes On A Rampage In "Blinding Lights" Video
10 hours ago 0

Music Watch: Cobhams Asuquo Teams Up With Simi In "We Plenti" Music Video
2 days ago 0