Glenfiddich Where Next? An Evening of Storytelling With The Most Exemplary Of Individuals Led By Zainab Ashadu

By SPONSORED
Share on Facebook Share on Twitter Share on WhatsApp Share on Telegram
There’s a reason Glenfiddich has earned a reputation as the most awarded and best-selling single malt Scotch whisky, in launching the second phase of its Grande Composition campaign, they have collaborated with local maverick designer Zainab Ashadu to create iconic interpretations of its luxury gold filigree, which was inspired by the colliding French and Scottish worlds of Grand Couronne. 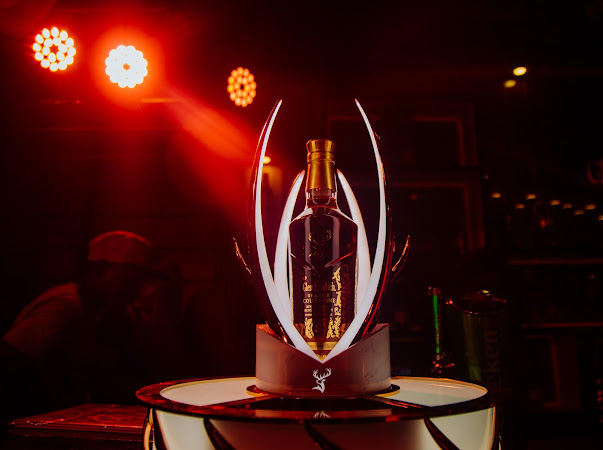 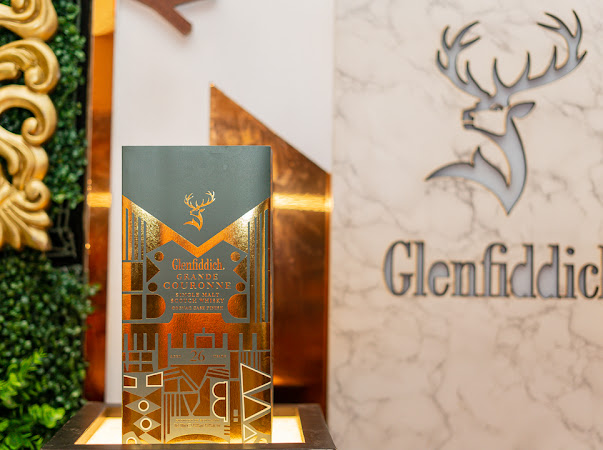 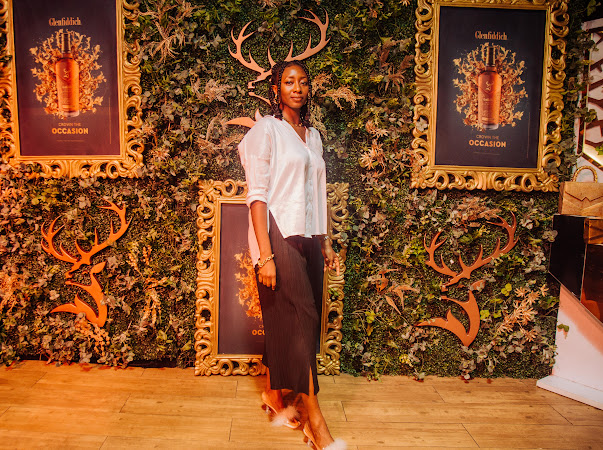 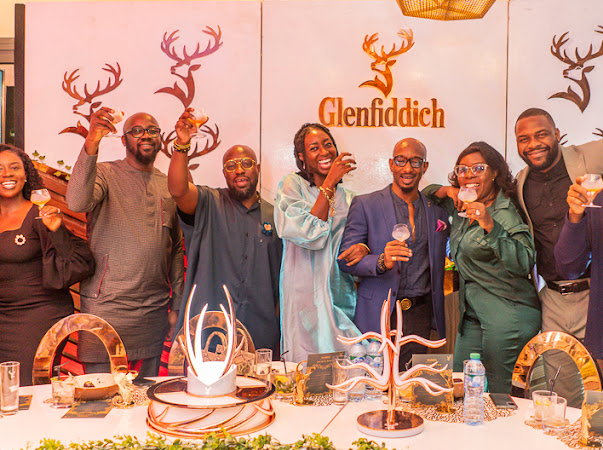 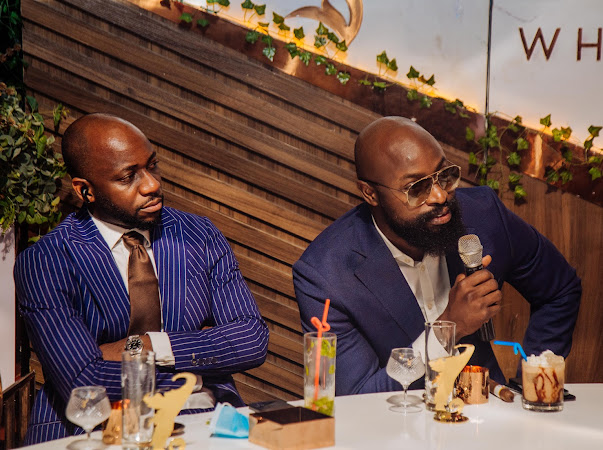 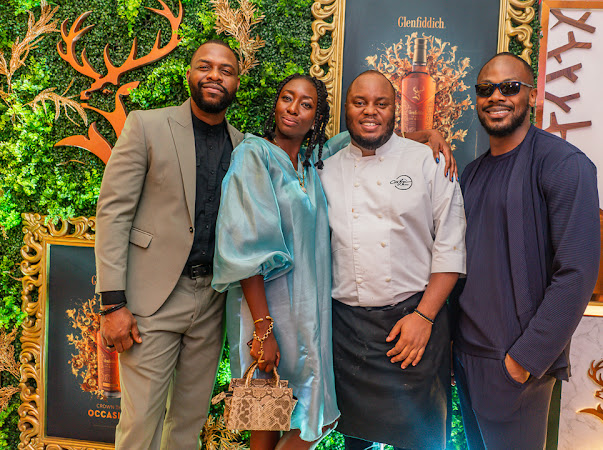 There’s a reason Glenfiddich has earned a reputation as the most awarded and best-selling single malt Scotch whisky, in launching the second phase of its Grande Composition campaign, they have collaborated with local maverick designer Zainab Ashadu to create iconic interpretations of its luxury gold filigree, which was inspired by the colliding French and Scottish worlds of Grand Couronne. The latest addition to the grand series, “Grande Couronne” had its bottle design re-imagined by Ayoola Gbolahan a Lagos-based award-winning painter and sculptor, to what we know now as a picture of elegance and deep artistry.

The collaboration with celebrated Designer Zainab Ashadu founder of Zashadu, a leading British/Nigerian sustainable luxury brand, specializing in hand-crafted leather pieces kicked off with the “Where Next Live?” dinner in celebration of their new partnership at the prestigious Thomas and Ray Whisky bar in the Transcorp Hilton Abuja on Thursday 28th October and a second dinner on the 31st October in the luxurious Seattle Residence and spa, Walter Carrington Lagos.

Just like the vibrant, rich, renaissance design of the bottle, the ambiance of the night, did not fall short of the luxurious standard of Glenfiddich.

Guests where welcomed at arrival with an astonishing red carpet and an exhibition of Zainab’s work, there she talked about her vision for her brand in an interview and her now partnership with Glenfiddich, a brand that continues to celebrate and align with exemplary Mavericks in Nigeria and across the globe.

It was truly a night of celebration and elegance as everyone enjoyed a taste of the excellently crafted Glenfiddich Grand Couronne 26 year old single malt paired with the gastronomic mastery of celebrity Chef, Fregz, Musical performances lit up the evening with stellar numbers from Jazz musician Jessica Bongos, and Twins singers and song writers Oiza and Meyi of Project Fame, afterwards a video presentation of Zainab’s work was played and then she shared her success story, the growth and challenges of her brand and the parallels drawn with the Glenfiddich Where next ideology.

Both nights were not absent of intellectual discuss as guests on the round table shared generously about their individual businesses, their challenges and how they have remained the top entrepreneurs in society today. “A culture of creation” was the discussion topic for the Abuja panel, while “crown the occasion” was the theme discussed in Lagos.

We all take risks in order to achieve meaningful growth; but there’s nothing quite like embracing the unknown with likeminded Mavericks over a dram of Glenfiddich. Where Next?

Glenfiddich continues to pave the way for creativity, and these nights were no exception,

This year 2021 also marks the 20th anniversary of the brand’s Artist in Residence programme – an initiative that champions collaborations with breakthrough artists through a residency at the Glenfiddich distillery.

Beauty
12 Tips To Achieving That Face Contour Like A Pro
3 hours ago
Face contouring is a makeup technique used to enhance or define certain features of the face. This technique uses shading and highlighting to enhance and define the natural structure of the face. It is done by applying makeup in a specific way to create the illusion of shadows and highlights giving off the illusion of a…

What's New
Guardian Life's Weekly Catchup
4 hours ago
Afrobeats Giants Wizkid and Davido Will Tour Together in 2023 Nigerian award-winning star Wizkid has disclosed that he will be teaming up with Davido for a joint tour after his More Love, Less Ego album tour. The singer announced the tour on his Instagram stories, writing, "After my MLLE tour! Davido and I are going…

World
Death toll from northeast India landslide rises to 11
1 Jul 2022
Rescuers pulled out four more bodies on Friday from the site of a landslide that buried a railway construction camp in India's northeast, taking the toll to 11, local media reported.

Politics
2023: APGA palaver versus Inec’s dilemma
2 Jul 2022
For the Independent National Electoral Commission (INEC) chairman, Prof. Mahmood Yakubu, the 2023 general elections is crucial, because it would be the last to be overseen by the commission