By Akinwale Akinyoade
Share on Facebook Share on Twitter Share on WhatsApp Share on Telegram
Today, Africa’s fashion big names such as Mai Atafo, Idia Aisien, Kelechi Amadi-Obi and more were all at Eko Hotels, Lagos for the unveiling of Design Fashion Africa’s maiden edition. The DFA initiative which is set to change the future of fashion design in Africa, is starting a hunt for someone who could become the…

Today, Africa’s fashion big names such as Mai Atafo, Idia Aisien, Kelechi Amadi-Obi and more were all at Eko Hotels, Lagos for the unveiling of Design Fashion Africa’s maiden edition. The DFA initiative which is set to change the future of fashion design in Africa, is starting a hunt for someone who could become the next best fashion designer out of Africa.

The Design Fashion Africa platform presents a unique opportunity to empower existing and upcoming designers to commercialize their talents. DFA plans to showcase the best of African fashion to the world. Beyond just a showcase, the program plans to provide some training during the fashion boot camp, after which finalists would be selected.

For fashion enthusiasts, this initiative is expected to provide a trove of delightful activities – from the online fashion challenge down to the runway show which is expected to again attract top models and fashion designers from Nigeria and across Africa. A major highlight as announced by the event organisers would be the marketplace, where guests can purchase outfits and fashion accessories.

While Mai Atafo is expected to be the Fashion Resource on the project, he will be joined by Idia Aisien, who will serve as a spokesperson and other celebrities and style experts, especially for the fashion academy which will run for about a day before the finalist designers who would present on the runway get selected. Also joining the finalists on the runway will be some of Africa’s biggest fashion.

While making remarks after the announcement, all the celebrities were quick to point out how important an initiative like DFA was, and why there isn’t really anything as too many fashion shows.

“Every corner you look to, there’s either a budding model or someone who is so invested in bringing the stylish design ideas they have to life, and we need to give them a chance,” Idia Aisien said.

The boot camp is expected to open on October 3, a month from the announcement event, alongside the marketplace.

Check out photos below: 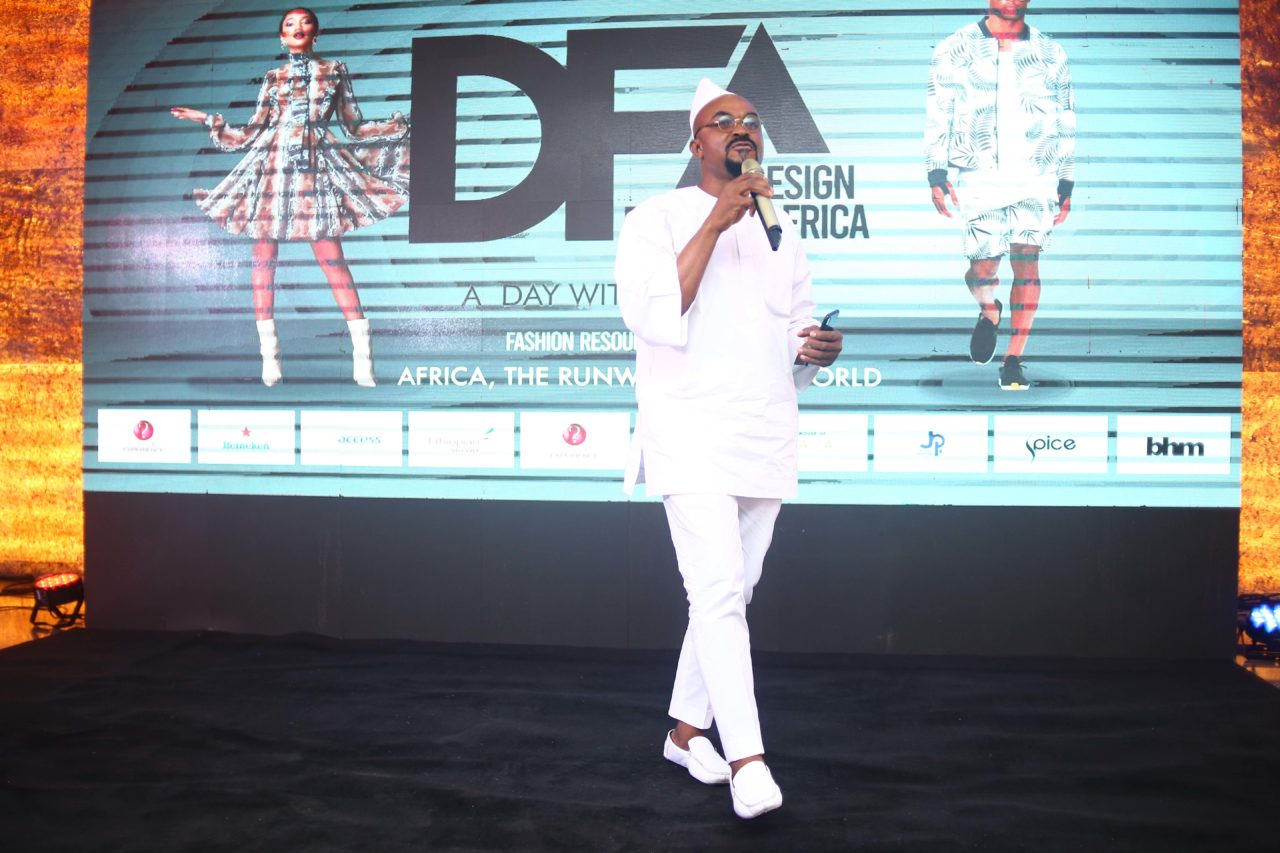 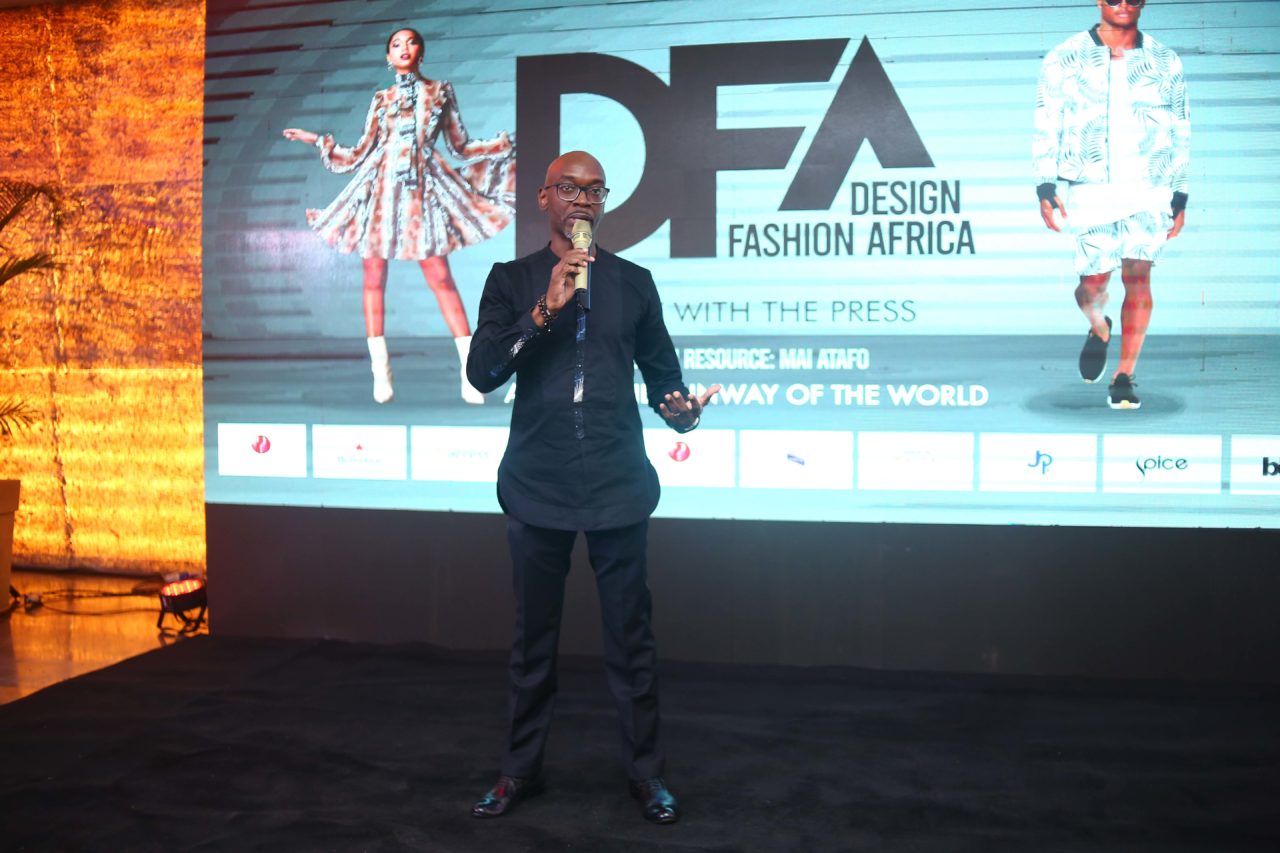 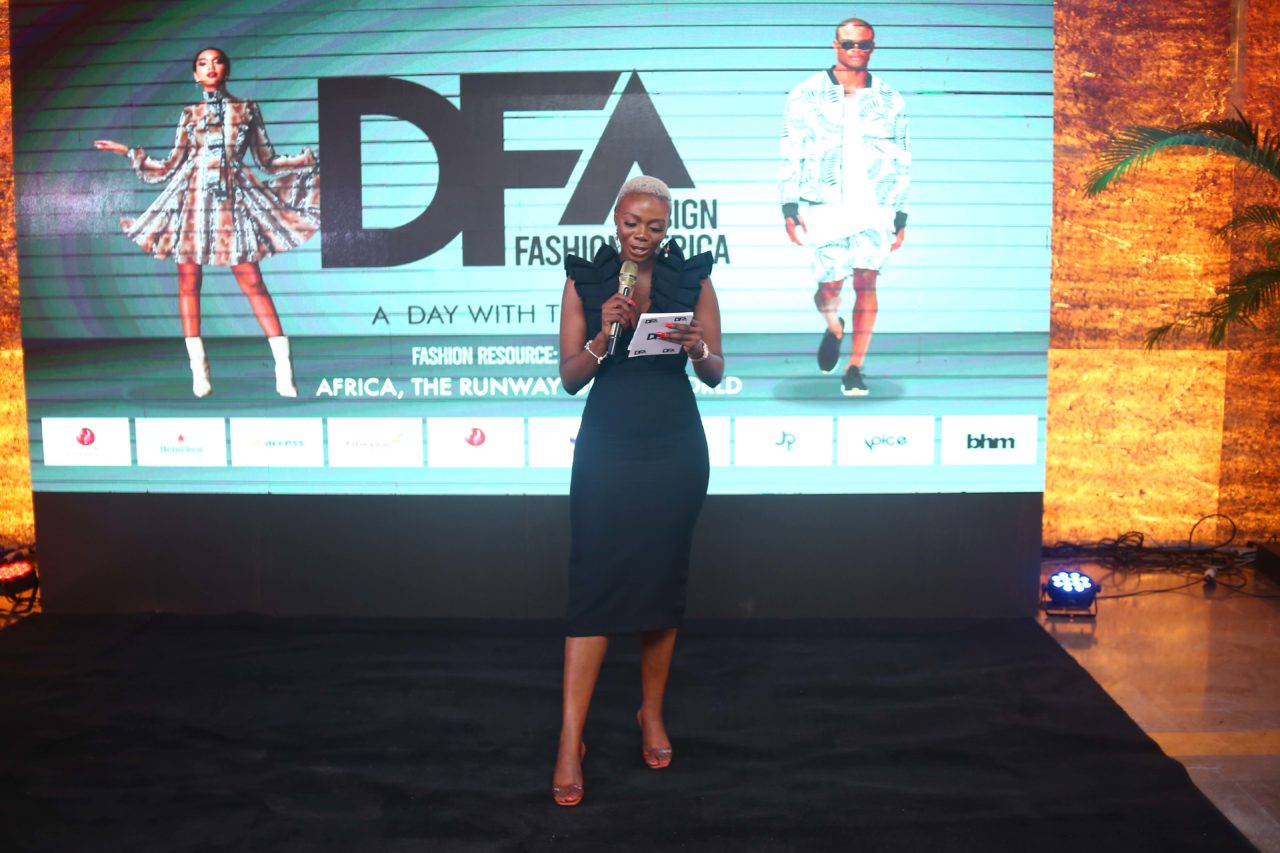 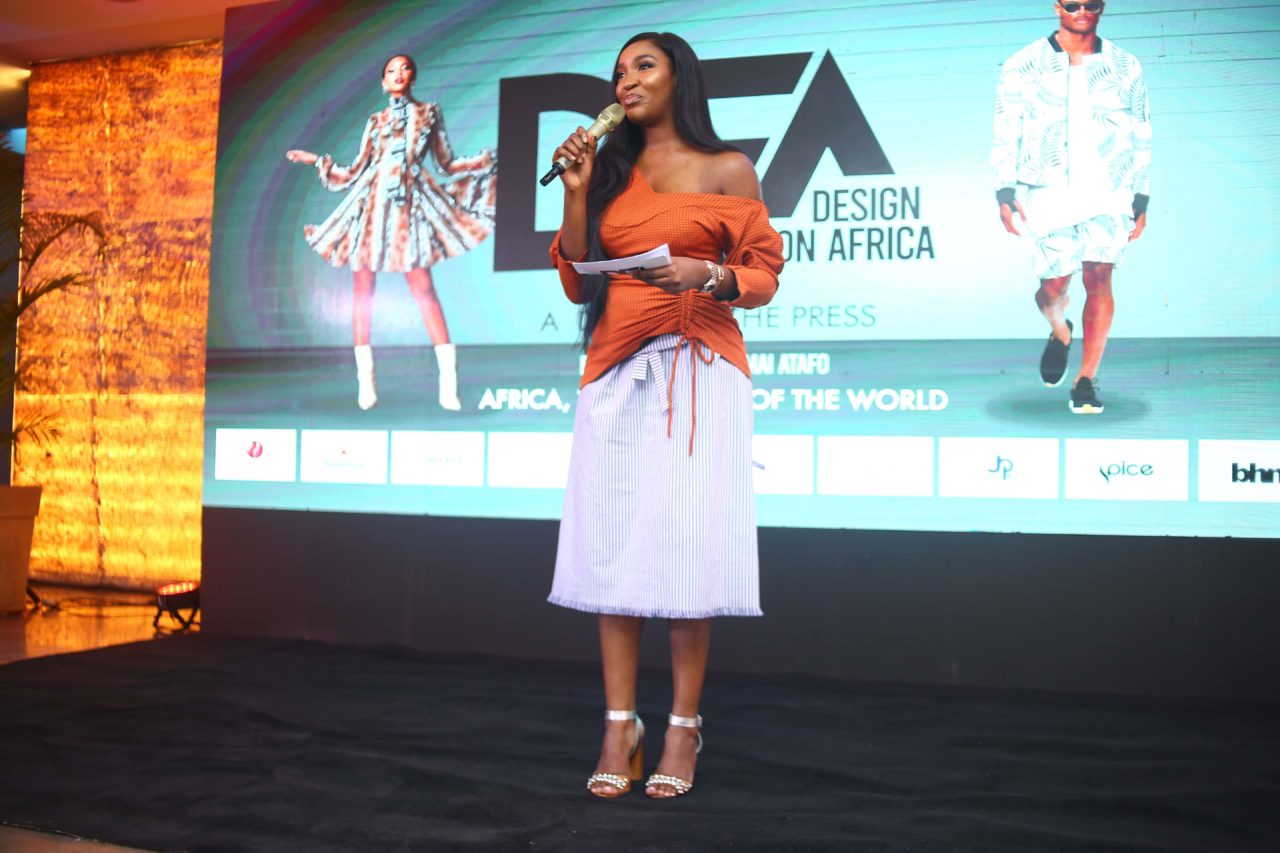 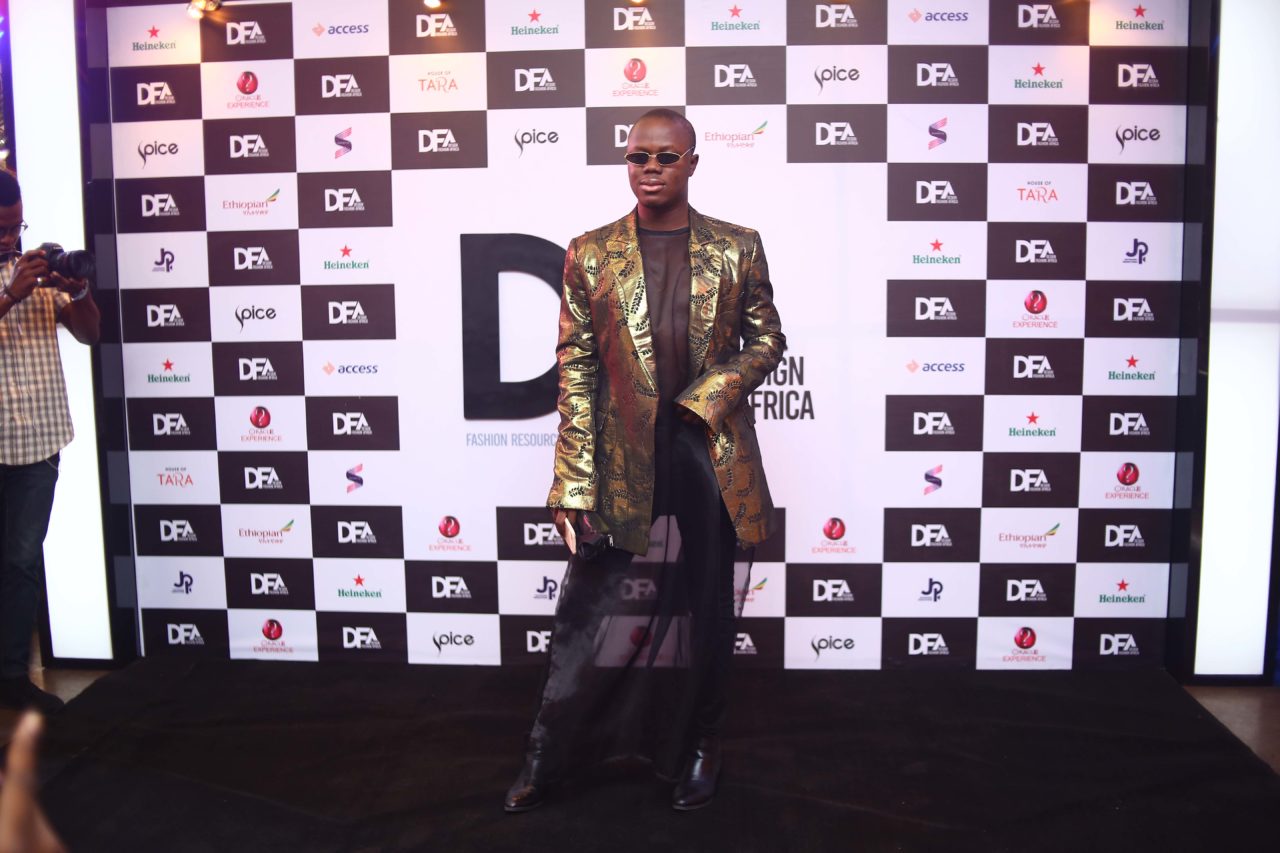 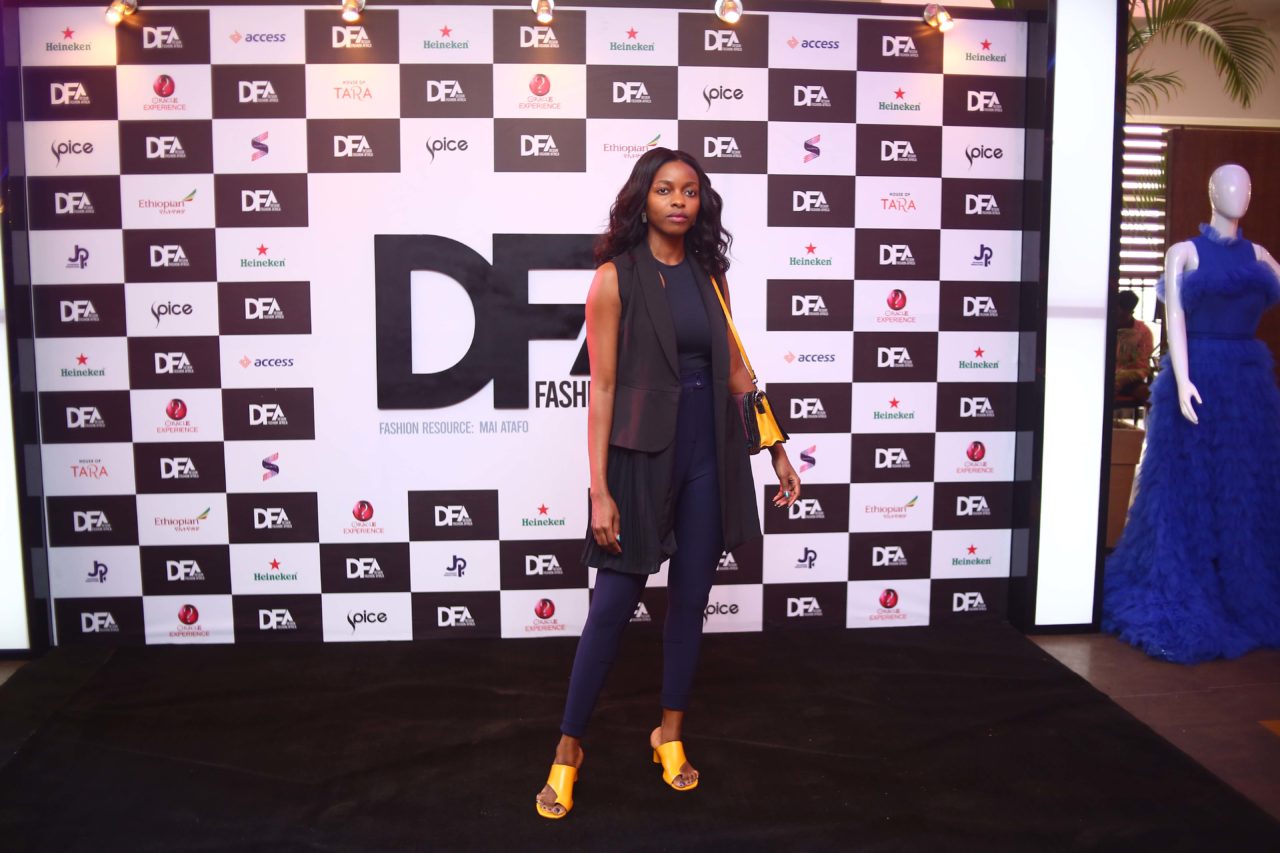 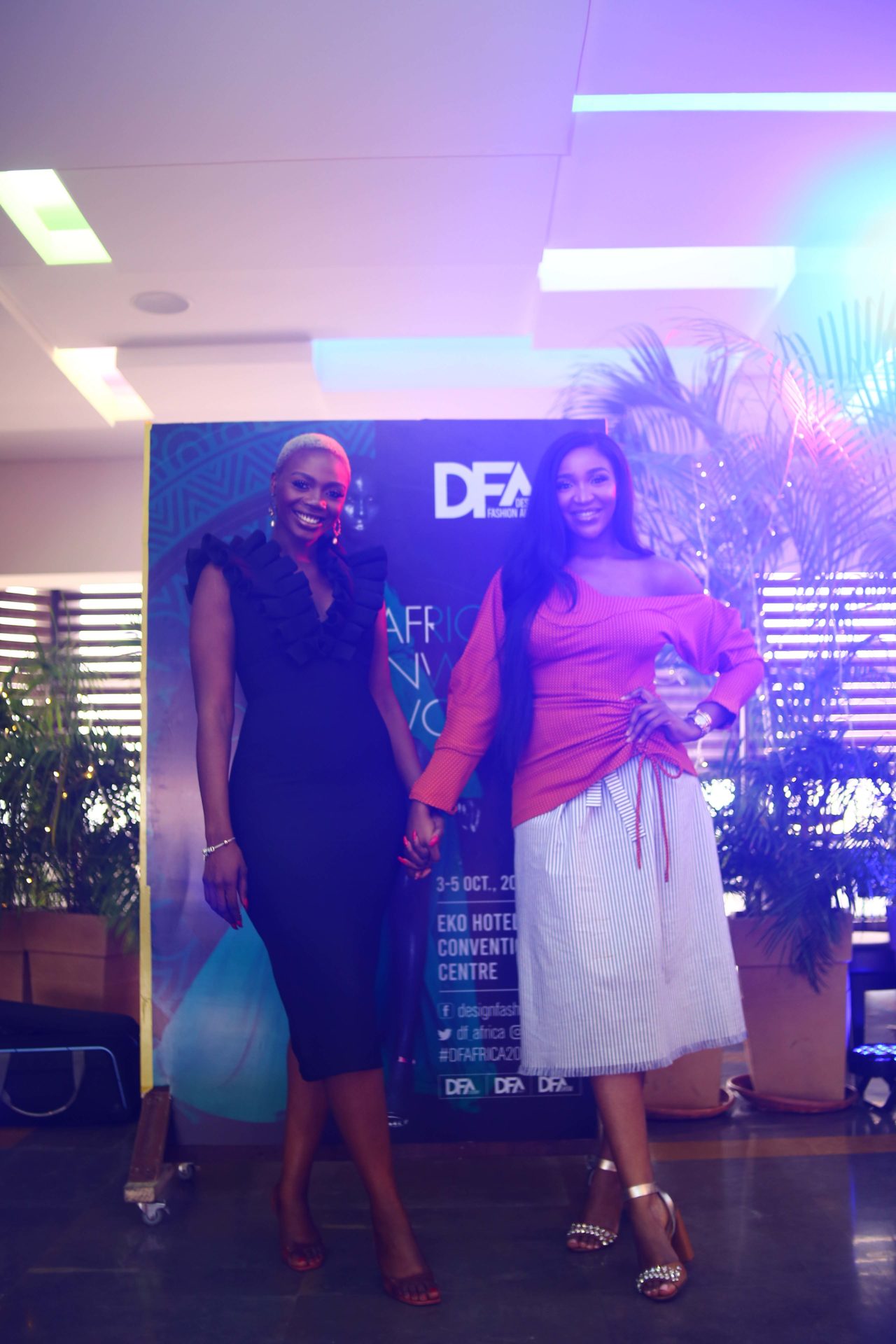 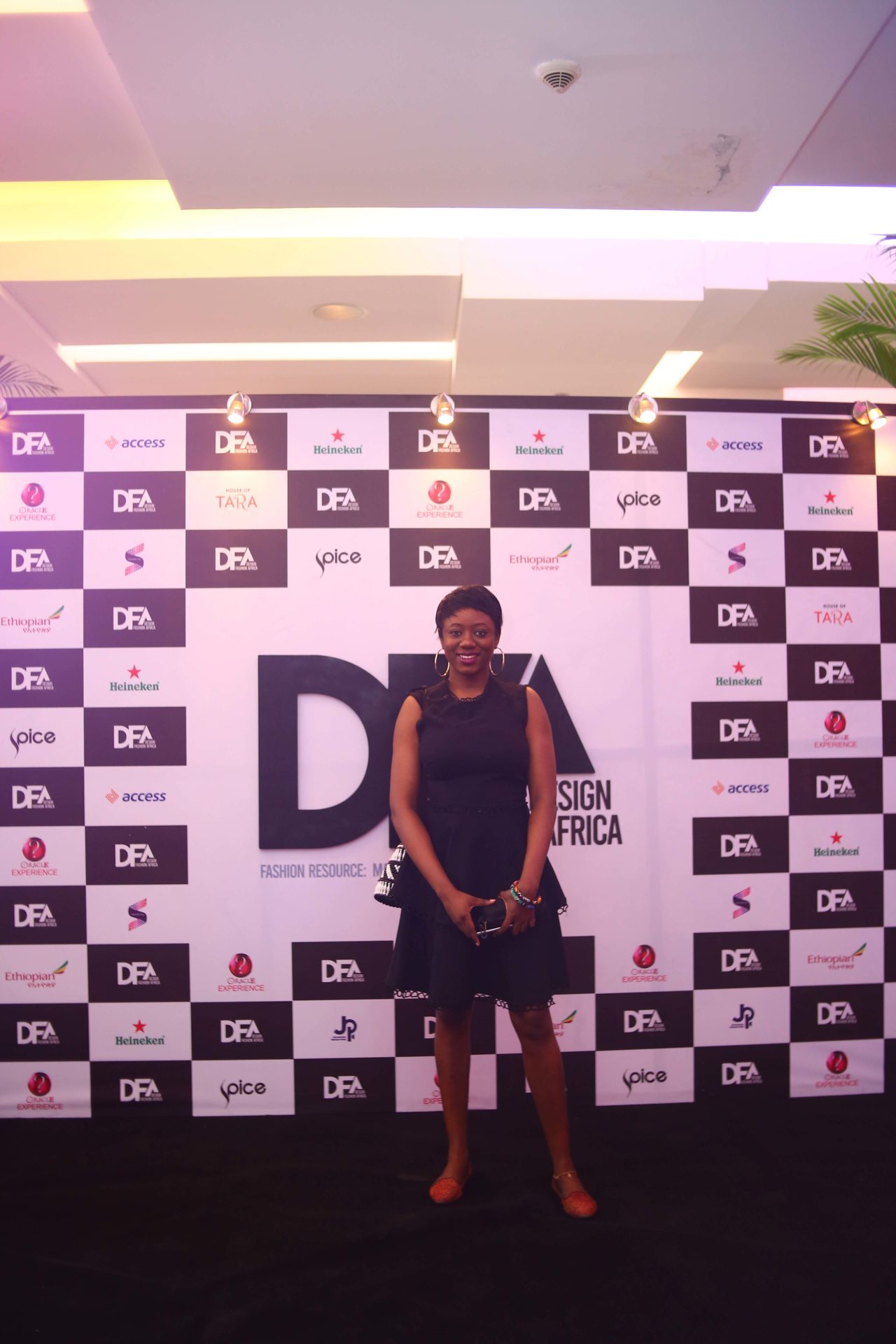 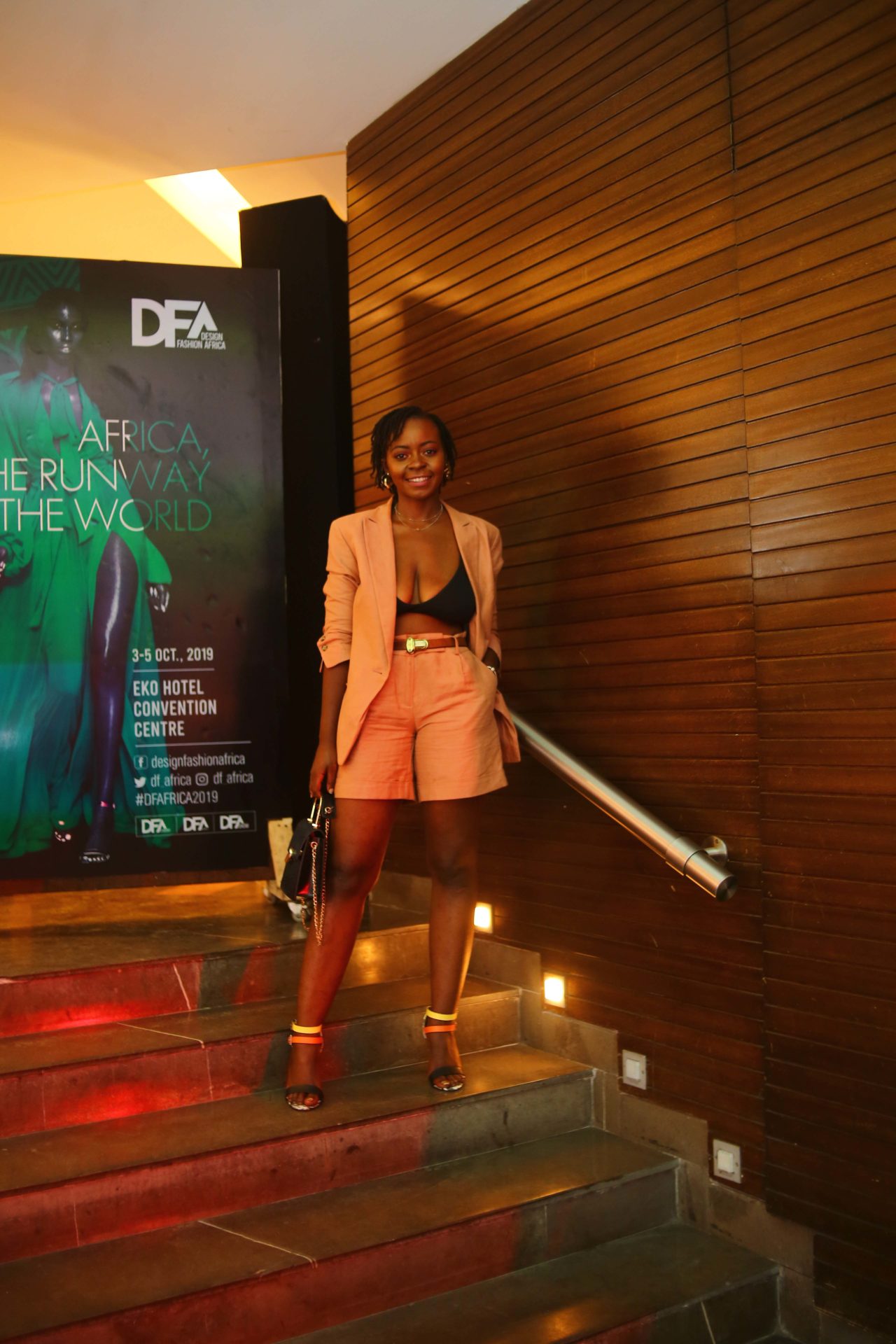 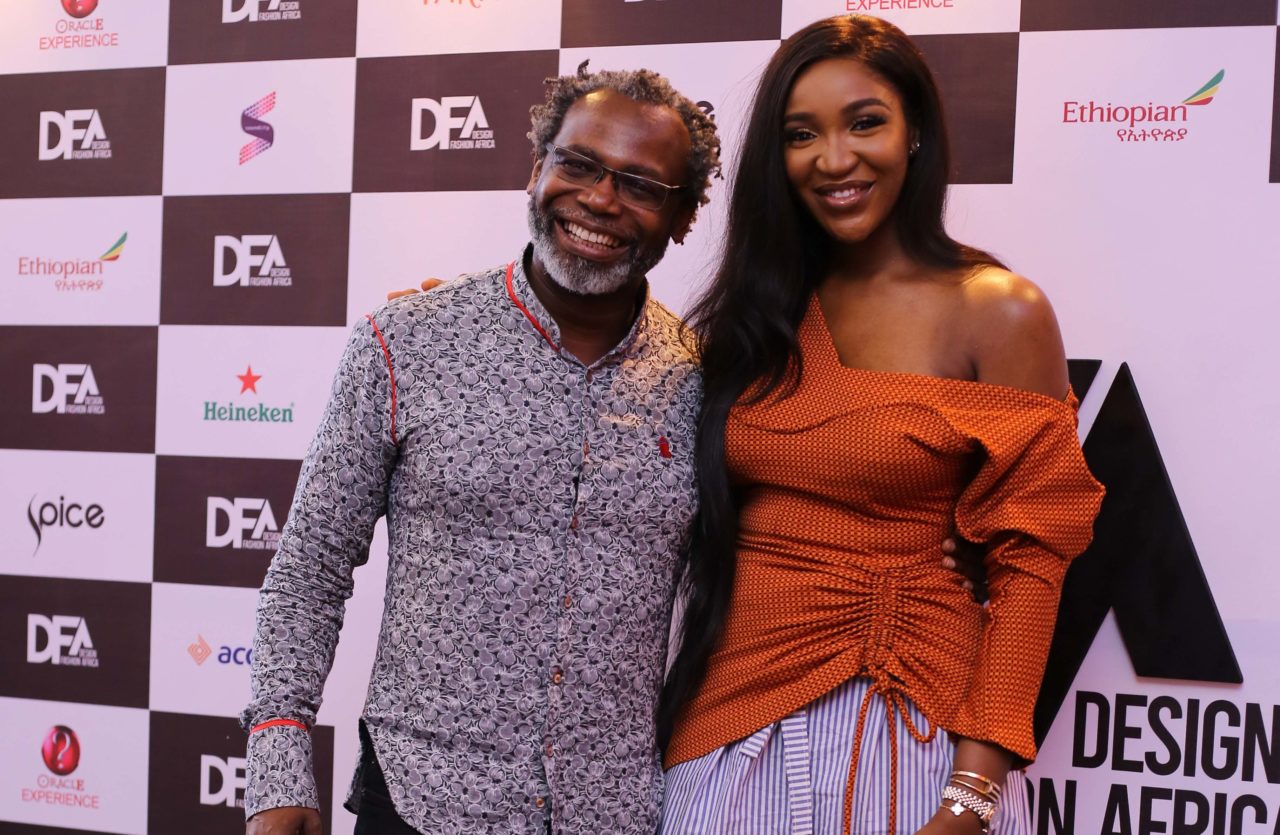 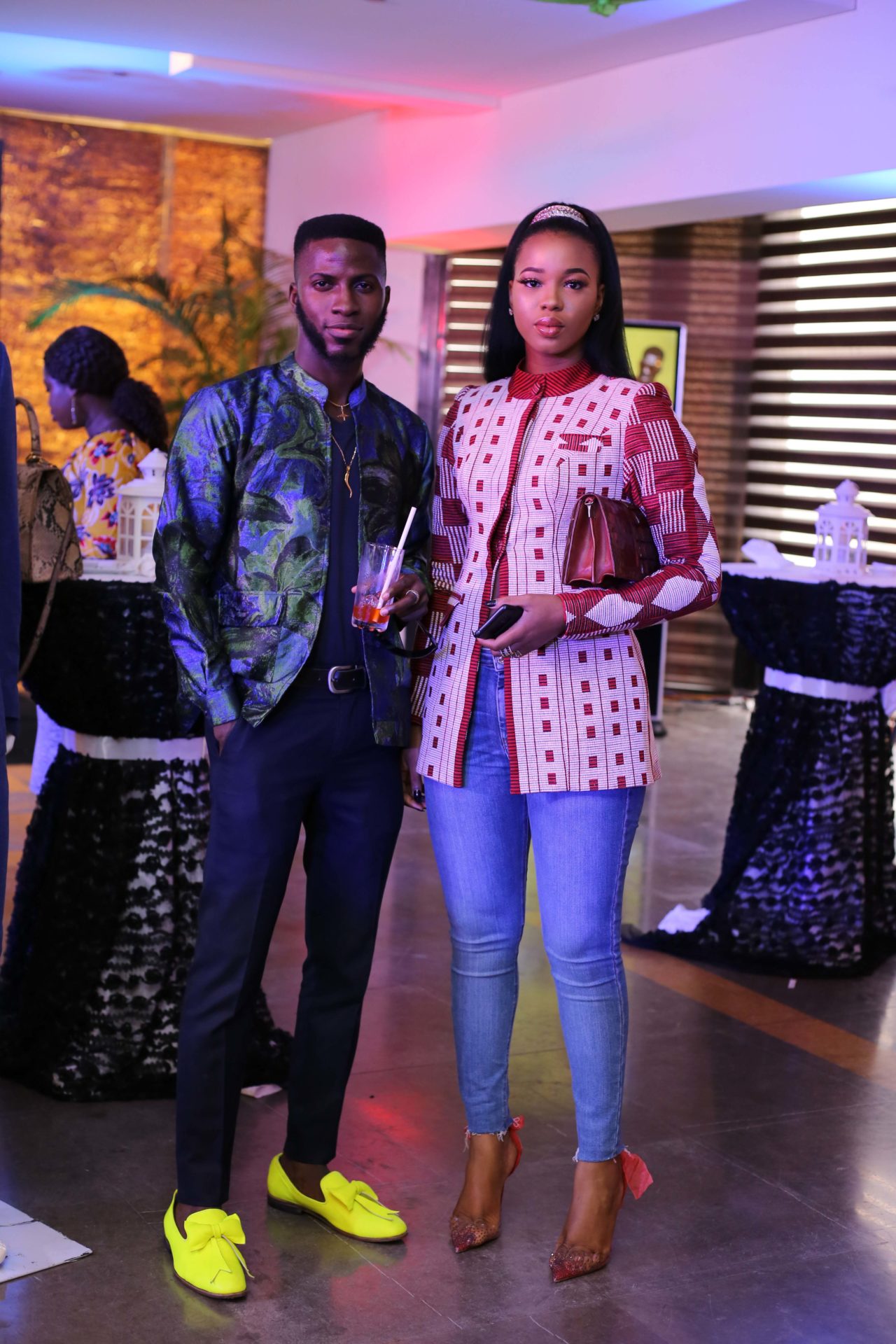 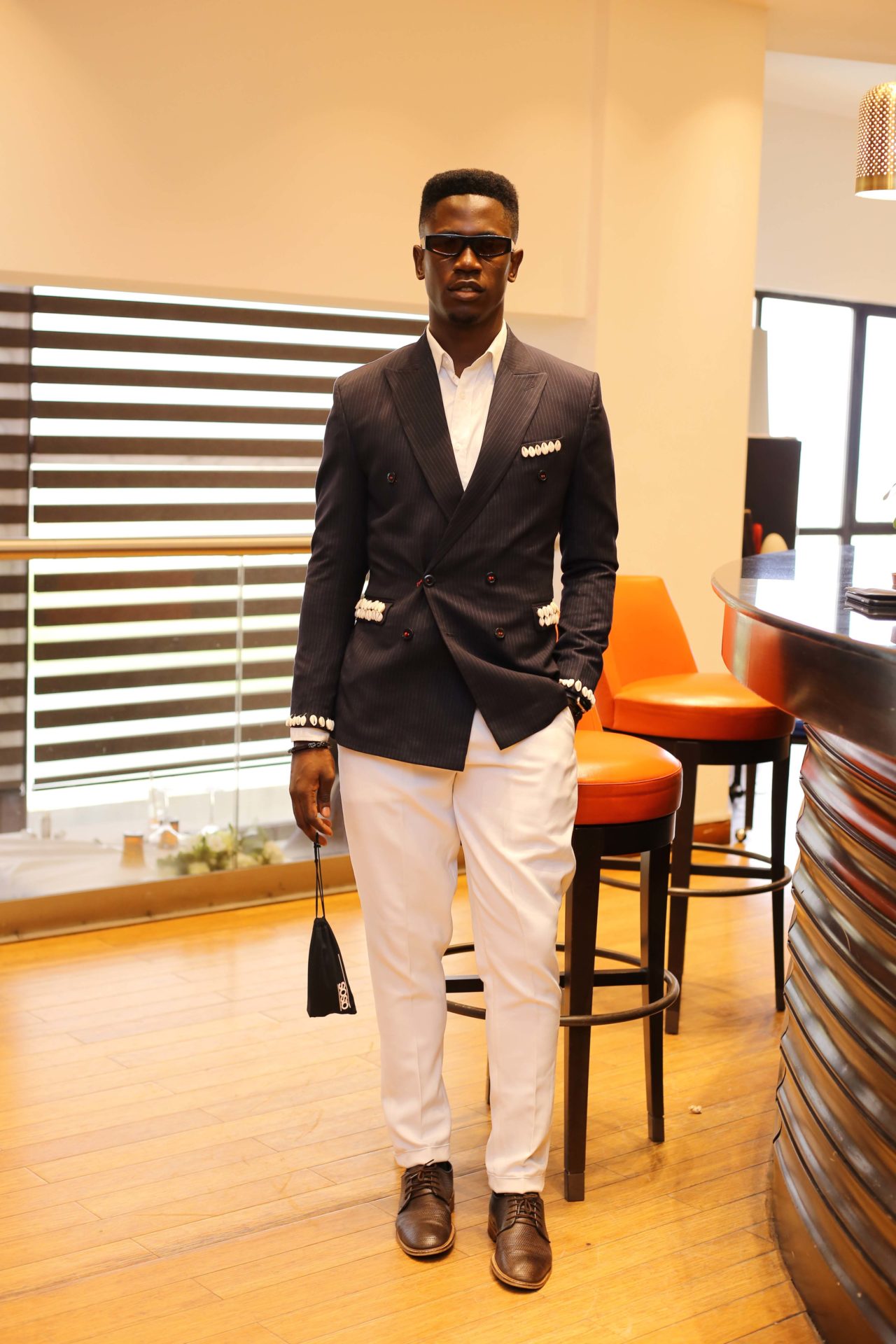 Food
How To Make Afang Soup On A Budget
1 day ago
Are you on a budget but your taste buds just keep yearning for that tasty Afang soup? Here is how to cook Afang soup on a budget and still lick your fingers in satisfaction. This delectable soup originates from the Efiks, the majority population in Cross River & Akwa Ibom State. You can sample authentic…

Music
Offset Shares Music Video For '5 4 3 2 1' Single
1 day ago
Migos' Offset has made a well-timed return with his latest single, "5 4 3 2 1", produced by Baby Keem.  Offset began teasing the new single back in January but didn't confirm its release date until earlier this week. He shared multiple snippets of the track on Instagram.  "5 4 3 2 1" is Offset's…

Music
Ten Nigerian Songs To Jam Your Way Through The Weekend
1 day ago
The weekend is upon us again and music is one of the elements that set the tone for the weekend vibe. The list of songs now popular in Nigeria includes some excellent tunes that uplift and cheer listeners. A significant revival is currently taking place in Nigerian music with modern pop, hip-hop, and R&B being…

Music
MI Abaga Releases New Album 'The Guy'
1 day ago
Chocolate City's finest MI Abaga has dropped his seventh studio album "The Guy." MI announced the album's release with a trailer shared across his social media. He captioned the post "Thank you all for riding with me… #TheGuyAlbum is out! My prayer is that this album makes number 1 & produces a number 1 record! 🙏🏽😇 Say…

Music
Nicki Minaj's "Super Freaky Girl" Could Bring The Magic Number On The Billboard Hot 100
3 days ago
Onika Tara Maraj, popularly known as Nicki Minaj, has been giving hits back to back since her breakout song, Ludacris’s “My Chick Bad" where she had a guest verse. She’s known as the Queen of rap, and it appears no one is taking the crown from her anytime soon. Her fan base known as the…

Music
Watch: Fireboy Releases 'Bandana' Music Video
3 days ago
Fireboy DML has dropped the music video for his newly released single "Bandana." "Bandana" featuring Asake is off his recently released third studio album "Playboy." The TG Omori directed single paid homage to the scarf for which the single is named after. Both artistes wear. the scarves, Fireboy DML pairs his with a black leather…

Music
Grim Reaper Lead Singer Steve Grimmett Passes On Aged 62
4 days ago
Steve Grimmett, the lead singer of GRIM REAPER, passed away at age 62. Mark Grimmett, Steve's brother, announced his death on social media, writing: "I don't really know where to start so I guess I will just come right out with it. I had to inform you all that he has passed away, as many…

Film
Viola Davis Cast As Villain In 'Hunger Games' Prequel 'The Ballad of Songbirds and Snakes'
3 days ago
Famed actress Viola Davis has joined the "Hunger Games" franchise as a villain in the show's prequel "The Ballad of Songbirds and Snakes." The film's official Instagram account confirmed Davis' casting.   View this post on Instagram   A post shared by The Hunger Games (@thehungergames) Davis will play head game maker of the 10th…

What's New
Johnny Depp To Direct "Life of Great Hardship" by Amedeo Modigliani
4 days ago
While Amber Heard gets a pornographic role offer, it has been twenty-five years since Johnny Depp directed a motion picture. For Modigliani, a biographical drama on Italian artist Amedeo Modigliani, the actor will make a comeback behind the camera. The film is being produced by Barry Navidi and Al Pacino. The film has the support…

Film
Amber Heard Falls On Hard Times: Gets Role Offer In Pornographic Film
4 days ago
Even after their high-profile lawsuit ended earlier this summer, Amber Heard and Johnny Depp's names have continued to make headlines all year. Now, it seems like Zen Models is attempting to capitalise on the actress' increased notoriety by offering her a part in a pornographic film. According to the Australian publication Pop Topic, Heard received…

Guardian Life
LoveFromJulez Unveils “The Orient of Africa” Capsule Collection
17 May 2021
Award-winning style influencer and fashion designer Juliet Olanipekun popularly known as LovefromJulez, in partnership with Martell, hosted the official unveiling of “The Orient of Africa” capsule collection on Friday 30th April 2021. The much-anticipated event which took place at The Monarch centre witnessed a slew of notable personalities, celebrities, fashion designers and media who gathered…
APO Press Releases
Facebook Africa launches 'Made by Africa, Loved by the World' ahead of Africa Day - celebrating Africa's growing cultural impact on the World
20 May 2021
As part of its celebration around ‘Africa Day’ on 25th May, Facebook (www.Facebook.com) today announced the launch of its global campaign titled: ‘Made by Africa, Loved by the World’ – a series of short films unveiling the stories of eight phenomenal creatives and small business owners from across the continent who are breaking ground across…

Guardian Woman
The Dew Centre Presents "The Bare Exhibition"
27 May 2021
A new location to unwind, release and rejuvenate has emerged in the city of Lagos: The Dew Centre. This establishment which is the brainchild of notable interior designer and wellness advocate, Omon Anenih-Mordi promises its clientele a safe space for self-discovery and healing from the hustle and bustle of Lagos city.

On The Cover
Richard Nyong: Living A Life Of Purpose And Influence
30 May 2021
It is just another day in the Lekki Gardens office; the people, beaming with smiles and bustling with enthusiasm in an environment that, to a visitor, is filled with an aura of peace, and dedication. Within a few hours, it becomes obvious why the work environment feels welcoming. As soon as Richard Nyong, the founder…

Issues
Nigeria can, must climb out of the hole made by corruption
31 May 2021
I was 13 years old in 1979, when Nigeria began to slip into a dark, frightening hole that seemed to have appeared overnight, and from which it has yet to emerge: corruption.

Guardian Life
Africa Day Project: ‘Made by Africa: Loved by the World'
16 Jun 2021
As part of Africa Day and the Africa Union’s celebration of African ‘Arts Culture and Heritage’, Facebook’s ‘Made by Africa: Loved by the World’ campaign chose to celebrate Africa’s growing cultural impact on the world. This initiative aims to highlight outstanding Africans whose efforts have served to place Africa on the global map as a…