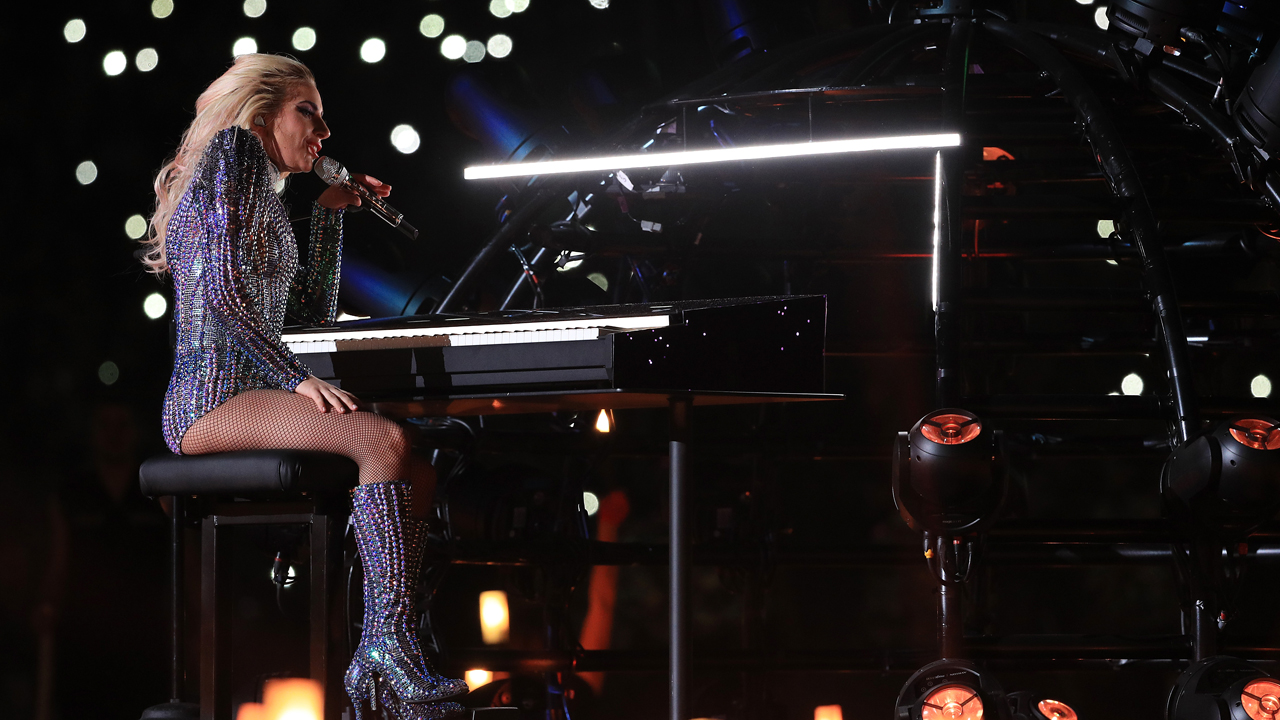 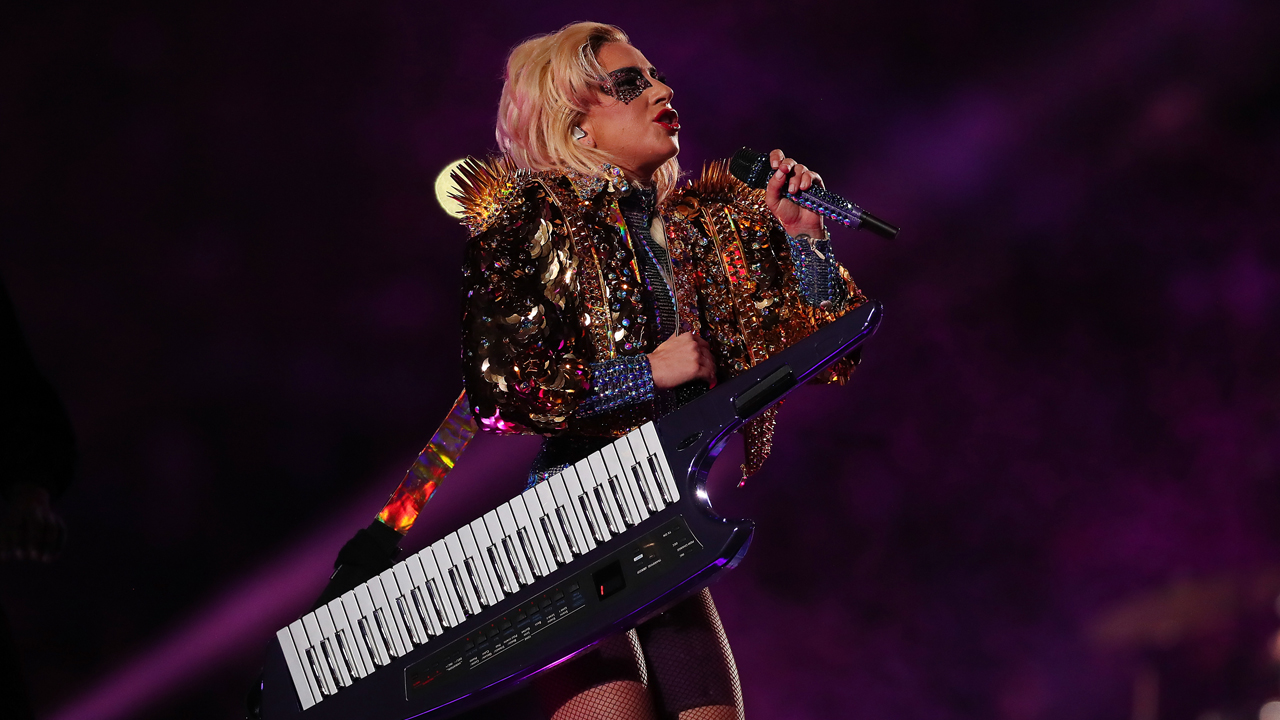 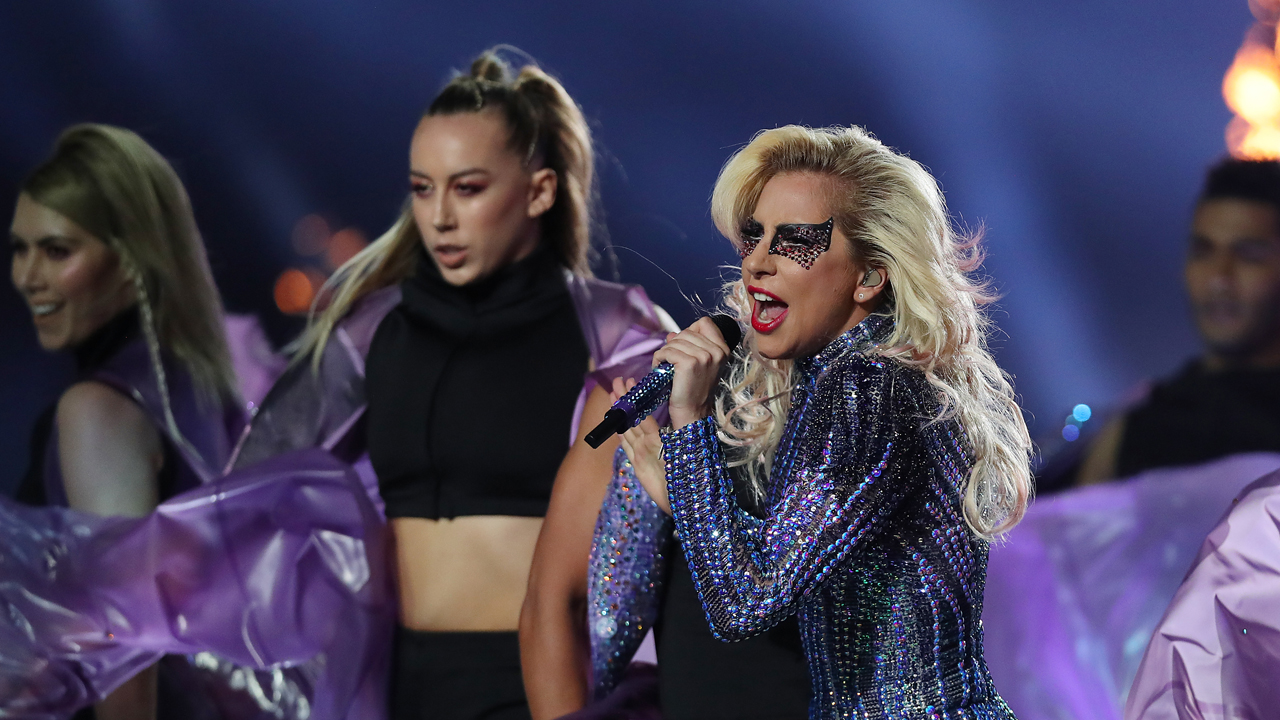 Lady Gaga dazzled the Super Bowl on Sunday with a high-tech, tightly choreographed halftime show celebrating American diversity and unity as she chose the power of showbiz over direct provocation.

Performing at American football’s title match — generally the most watched US television event of the year — the pop diva electrified NRG Stadium in Houston with a pulsating medley of her greatest hits.

From the outset, Gaga served notice this was no ordinary halftime show — she began her performance from the lip of the stadium, an army of 300 drones forming a twinkling American flag in the sky.

Then she took flight.

The singer, clad in a sparkling silver bodysuit and knee high boots, leapt from the edge of the retractable roof onto the stage with the help of some sturdy wires — and the performance was nonstop from there.

Ahead of the show, all eyes were on Lady Gaga to see whether she would use the platform to rip into President Donald Trump at a tense time in US politics.

Even with Vice President Mike Pence in attendance, Gaga — a sworn foe of Trump — kept with the game’s guidelines to steer clear of overt politics.

Instead the singer, known for her audacious outfits, delivered what seemed to be a more subtle message.

“We’re here to make you feel good,” she said.

She opened with “This Land is Your Land,” the anthem by leftist folk legend Woody Guthrie that has come to be seen as an alternative national anthem for the United States.

Gaga then mixed up her biggest songs — from “Let’s Dance” and “Poker Face” to “Born This Way” — an anthem of inclusion in which she speaks of acceptance of people regardless of ethnicity or sexual orientation.

She was backed up by an upbeat, ethnically diverse cast of dancers, who at one point joined in a group hug.

“No matter gay, straight or bi… You’re Lebanese / You’re orient,” she sang. “Whether life’s disabilities left you outcast, bullied or teased / Rejoice and love yourself today!”

– Future for drones –
With just 13 minutes at her disposal, Gaga could not pull off many changes of costume but by the end stripped off her metallic dress to perform in hot pants, football shoulder pads — and the stiletto-heeled boots.

She even changed her makeup, using peel-off crystals to alter her look to match her choice of song.

In keeping with her recent theme of family connection, Gaga — long associated with her oozing sexuality — shouted out to her parents as she sang her recent ballad “Million Reasons” and played the piano.

Her dancers made up for Gaga in terms of outfits, switching from flashy club attire to placid white.

Gaga literally dropped the mic — and caught a football at the end of the show as fireworks shot into the air.

Given that the Super Bowl being the most coveted advertising venue of the year, the drone army, designed by chip-maker Intel, ended in another show of Americana — commercialism, as they created the logo of sponsor Pepsi.

Intel described the halftime show as the most elaborate televised use ever of drones.

“The potential for these light show drones is endless,” Intel executive Josh Walden said in a statement, saying the company planned to explore more ways to use the technology.

Super Bowl performances are rarely directly provocative, although last year Beyonce startled many by playing her single “Formation.” Its video had a message against police brutality.

Wellness
Health Benefits Of Drinking Red Wine
4 hours ago
Sweet red wine typically has a fruity, sweet taste with notes of berries and a smooth finish. Regular red wine can have a wide range of flavors, such as dark fruit, oak, and spice. The process of making red wine involves crushing the grapes, fermenting the juice with yeast, and then aging the wine in…

Features
Introducing Ògún The Yoruba Pantheon's First Civil Engineer
4 hours ago
Yorúbá mythology is one of the richest and most developed in the world. Many mythology enthusiasts argue that it is at par with Greek, Roman, and Norse mythologies. Unfortunately, Nollywood and proselytising on the part of the adherents of Abraham faiths have demonised the principal characters of our mythologies, and the misrepresentation of these characters…

Food
Making Suya Noodles
11 hours ago
Suya noodles are a delicious delicacy that can be easily prepared to quench one's hunger in a matter of a minute. It can be regarded as a nutritious meal because of the vegetables used in garnishing it and can easily be made by all and sundry. Ingredients • One sachet of noodles • Vegetable oil…

Music
AfroAlte music sensation Buchidavidss shaking up Nigerian soundscape
1 day ago
First, it sounded strange like a new song without lyrics, but it eventually turned out as absolute ingenuity by Nigerian music sensation, Nwadavid Chibuchi, fondly known as Buchidavidss, who does fusion of afrobeats and alternative music he coined as ‘Afroalte’. Buchidavidss is an extraordinarily talented artiste, who has caught attention on both local and international…

Music
AFRIMA Teranga Edition… A Blast Of Music In Dakar
3 days ago
Dakar, the capital city of Senegal was agog recently as leading African artistes, celebrities and stakeholders in the music industry stormed the city for the 8th edition of the All Africa Music Award (AFRIMA) dubbed Taranga Edition.

What's New
Disney Dropped Depp From 'Pirates' Over Abuse Allegations: Ex-agent
28 Apr 2022
Johnny Depp was dropped from the "Pirates of the Caribbean" franchise because of the domestic abuse allegations made by Amber Heard, his former Hollywood agent said Wednesday, backing up the actor's claim against his ex-wife. "My opinion is that it was related to the accusations that Amber has made," Christian Carino, who works for Creative…

What's New
Tom Cruise Praises Top Gun's Soundtrack ‘Hold My Hand’ By Lady Gaga
5 May 2022
Tom Cruise has confirmed that Lady Gaga’s "Hold My Hand" has had a tremendous impact on the film. Cruise made this known on the Late Late Show hosted by James Corden where the actor talked about how Lady Gaga’s song which is the soundtrack has impacted the film. “She’s incredible,” Cruise told host James Corden.…

What's New
More Than A Decade After Shakira And Gerard Pique Split
6 Jun 2022
Together, they were one of the world's most famous couples, but more than a decade later, Colombian superstar Shakira and FC Barcelona defender Gerard Pique have called time on their relationship. The 45-year-old "Hips don't Lie" songstress is one of the biggest names in the global music industry and has sold more than 60 million…

Sport
FIFA vows 'invasion' as 2026 World Cup venues revealed
17 Jun 2022
FIFA President Gianni Infantino warned Canada, Mexico and the United States to prepare for a football "invasion" on Thursday as the host cities for the 2026 World Cup were revealed.