Following the outrage of the BBC documentary, Sex For Grades scandal, the University of Ghana has stated that it will address the actions of the embattled lecturers, Professor Ransford Gyampo & Dr Paul Kwame, in a press release signed by the university’s Director of Public Affairs, Stella A Amoa. This is coming a day after Prof. Ransford Gyampo announced that he will be suing BBC for defamation of character after the documentary showed him sexually harassing an undercover student. He argued that his conversations about her breasts, sex and promises of marriage were devoid of ill intention. 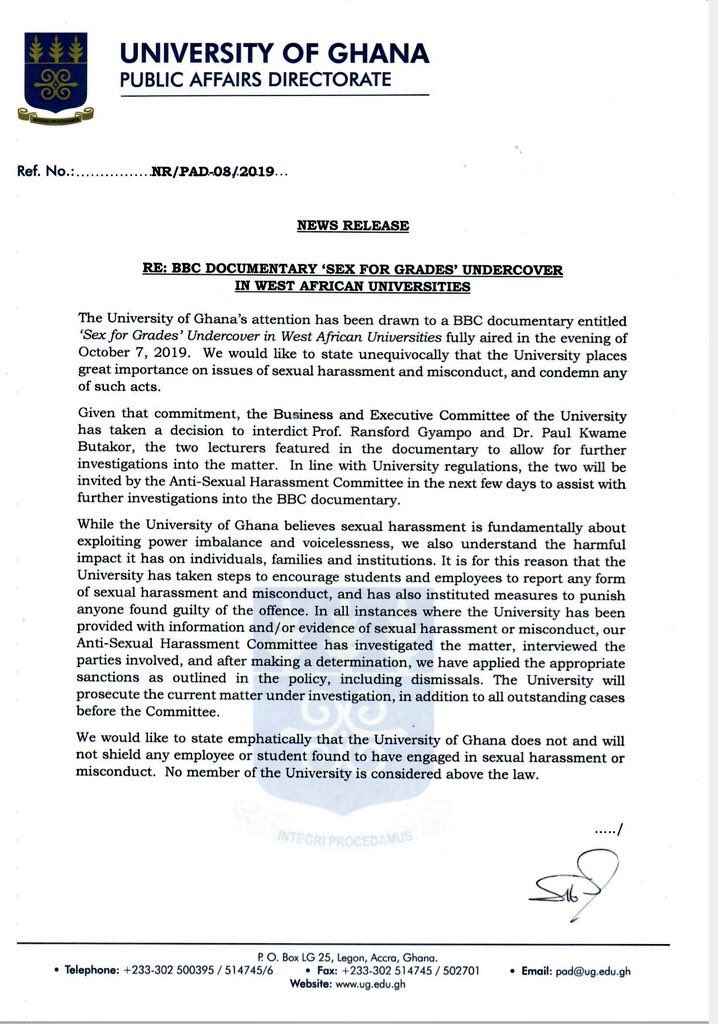 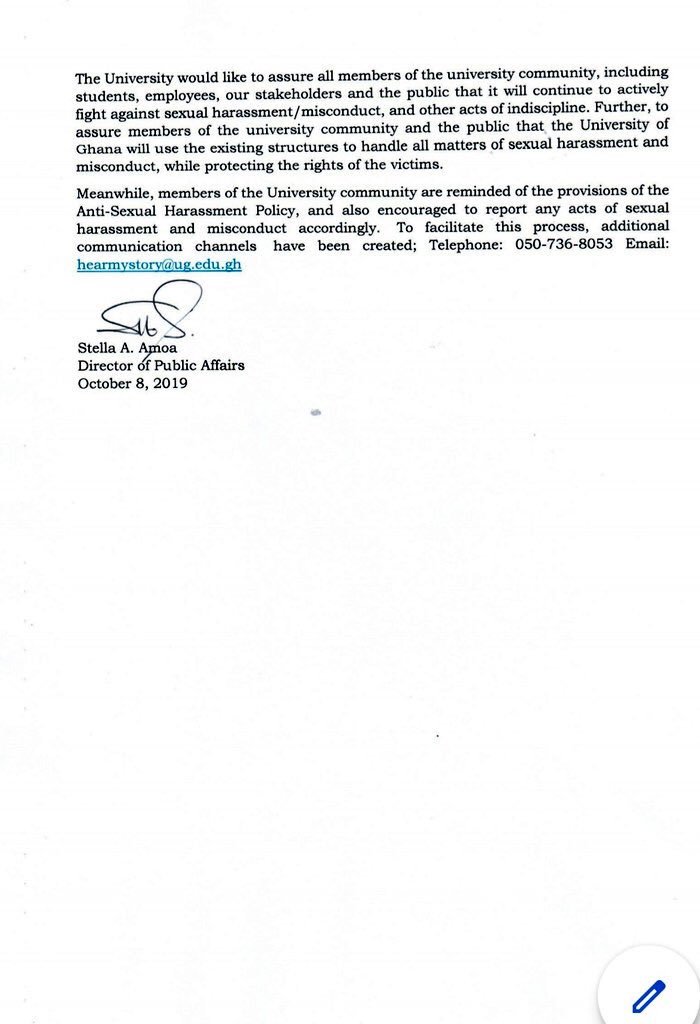 Only yesterday, October 7, a video of the professor, went viral after it showed him wiping tears in the classroom. While some stated that his tears were a result of the boos of students, others who responded to the tweet argued that they were only encouraging him and he was amazed at the level of support shown by the students.

Disgraced Ghanaian Lecturer, Prof. Ransford Gyampo in tears while teaching students in a hall, as they laugh at him, after BBC released a video of him demanding sex from a female undercover Journalist, who posed as a student. pic.twitter.com/jGfEmKgsfN

In the same light, another indicted professor in the University of Lagos (UNILAG), Professor Boniface Igbeneghu has not only been suspended from Foursquare Gospel Church, where he pastors, but he has also been suspended by the university. In a more recent development, he is allegedly in Reddington Hospital where he is recuperating from attempted suicide.

It should be recalled that in 2018, Monica Osagie, then a student of 0bafemi Awolowo University (OAU) attracted the nation’s attention after she recorded Professor Richard Iyiola Akindele who demanded sex for grades and was sentenced to two (2) years in prison.

Former Senate President, Bukola Saraki has since written that the ‘Sexual Harassment Bill in Tertiary Education Institution Bill’ passed in 2016 that gives 5 years to lecturers found guilty of misconduct be revisited.

Nicki Minaj Teases Her Comeback With A New Release On Friday

Music Amapiano Is A Lifestyle #FreeAmapianoMixes
6 May 0

Film Watch: Tom Hardy Returns As Venom In "Venom: Let There Be Carnage" Trailer
2 days ago 0

Guardian Arts Akinpelu... Revisiting history of the Yorubas
3 days ago 0