By Editor
Share on Facebook Share on Twitter Share on WhatsApp Share on Telegram
The ever-evolving nature of music is one of its most intriguing aspects. No two songs are precisely alike, and even those that sound the most alike will have a few minor variations. As a result, there is constantly something new to learn and enjoy in the music. This constant, ongoing change requires music artists, producers,… 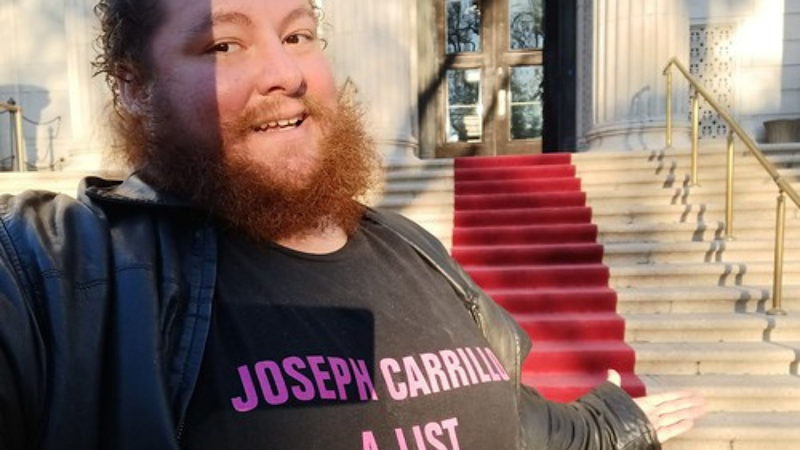 The ever-evolving nature of music is one of its most intriguing aspects. No two songs are precisely alike, and even those that sound the most alike will have a few minor variations. As a result, there is constantly something new to learn and enjoy in the music. This constant, ongoing change requires music artists, producers, and songwriters alike to adjust to the listeners’ preferences to be relevant and in demand.

Over the last decade, aspiring and professional music artists have also found new ways to produce music that people can resonate with, including making and recording songs at home or in rented studios. This allowed them to be more in control of their works and identities without relying on huge record labels that have long been monopolising the industry.

Artists, not record labels and the media, are taking control of music

Joseph Carrillo’s Ultimate Celebrity Blackout is both an example and a symbol of today’s state of music. The album’s message is about fighting censorship and media blackouts, while its overarching concept is A Capella Pop, a genre never heard before in a studio album.

The album intentionally goes against the grain of what the media expects, creating a brand of music that’s uniquely Joseph Carrillo. The songs are decorated with direct and indirect messages of resistance to the media, empowering listeners and artists alike. Beyond his fans, up-and-coming musicians should take inspiration from Carrillo to keep creating music even when entities are trying to black them out.

Carrillo is an A-list celebrity known throughout the world. He has made numerous television appearances and is renowned for his original ideas and knack for relating to his audience. In addition to singing, Carrillo also works as a model, actor, and product endorser. He produces content that he uploads to his Youtube account.

Carrillo is a talented musician who has been entertaining audiences for many years. He has a vast repertoire of capabilities that he has shared with the audience. His passion for entertainment is evident in his work, and he always strives to give his audience a memorable experience.

The entertainment industry is a multi-billion dollar one that touches the lives of people around the world. From movies and music to television and gaming, the entertainment industry provides endless hours of enjoyment and escape. While the industry is constantly changing and evolving, one thing remains constant: talented and creative individuals need to create and deliver content that relays a powerful message, resonating with multiple audiences globally.

What's New
French Pop Queen Aya Nakamura In Court For Domestic Violence
1 day ago
French-Malian megastar Aya Nakamura appeared in court Thursday over allegations of mutual domestic violence with her ex Vladimir Boudnikoff, just a day before her new album is released. "As everyone knows, today we have a rather unusual defendant," the presiding judge said as proceedings began in the criminal court in Rosny-sous-Bois, just outside Paris. The…

What's New
Acapella, others storm Atlanta for Gyration & Chill with Elenu and Friends April 7
1 day ago
The city of Atlanta, in the US state of Georgia, will experience the best of comedy and music with the 2023 edition of Gyration and Chill with Elenu and Friends on April 7. The star-studded comedy concert, which has spanned two years, is put together by long time Nigerian stand-up comedian, Akinlami Babatunde Julius widely…

What's New
Moet & Chandon Honours Atlantis The Royal With A Limited Edition Champagne Bottle
2 days ago
Moët & Chandon is pleased to present its Moët Impérial Atlantis The Royal champagne bottle, specially designed for Dubai’s most glittering party, the Grand Reveal of Atlantis The Royal resort, which took place the past weekend. A tribute to Dubai’s newest ultra-luxury experiential destination, the unique bottle echoes the distinctive architecture of the city’s newest…

Food
How To Make Mouth Watering Firewood Jollof Rice
2 days ago
The Nigeria and Ghana Jollof brawl is one thing, but the Nigerian firewood jollof rice is another, it is the days of party jollof rice, it is a walk down memory lane relished in every munch. The craze over firewood jollof rice first lies in its reminiscing power and then in its tastefulness. Here is…

Film
Actor Success John confirms homosexuality in Nollywood
3 days ago
Serial entrepreneur turned Nollywood actor and producer, John Oche Success better known as Dr Success John has put the speculations to rest that there is homosexuality in Nollywood, asserting that gay men and women abound in the industry. While affirming that gay men are in the best position to answer the question of whether most…

Film
Girls Trip Sequel To Be Shot In Ghana
3 days ago
The follow-up to "Girls Trip" transports us to West Africa in Ghana. Co-writer of the original 2017 comedy, writer-director-producer Tracy Oliver during an interview gave an update on the upcoming reunion of Regina Hall, Queen Latifah, Jada Pinkett Smith, and Tiffany Haddish. During the promotion of her video series 'Harlem', Oliver announced she had a "definitive…

Film
AVO TV hits 2 million downloads in Nigeria
3 days ago
As digital broadcast platforms steadily worm their way into the hearts of television viewers globally, Nigeria and Africa have not been left behind in the fiercely competitive and innovative space. With the youths making up the vast majority of Africa’s population and their tendency to make the digital shift to over the top  (OTT) platforms,…

Film
Most producers in Nollywood don't pay actors after filming - Radiogad
3 days ago
Ace broadcaster and actor, Destiny Ezeyim popularly known as Brainiac the Radiogad has lamented that most Nigerian movie producers are in the habit of not giving actors their dues. He said producers feel they are doing actors favour by giving them roles. He said: “Most of the time people view Nollywood from the wrong background.…

Music
Ultimate Celebrity Blackout: How Joseph Carrillo Came Up With Genre Bending Studio Album
3 Dec
The ever-evolving nature of music is one of its most intriguing aspects. No two songs are precisely alike, and even those that sound the most alike will have a few minor variations. As a result, there is constantly something new to learn and enjoy in the music. This constant, ongoing change requires music artists, producers,…