What Do You Think About This Picture Of Khloe Kardashian?

Khloe Kardashian just released photos from her Season 5 collection which features black wax finish denim pieces and was released almost one week to the day that rumours of her pregnancy with boyfriend Tristan Thompson first surfaced.

She posted a number of images on her Instagram page, but one particular picture stirred up a slight racial controversy.

In the said image, Kardashian posed playfully with Slick Woods, her new brand spokesmodel, who had just been named the newest member of the “Good Squad”.

Kardashian posted the images with the caption:

“This chick right here is crazy, sexy, cool all rolled into one @slickwoods! Slick was so much fun to shoot with! She’s a force to be reckoned with! 💣 #GoodSquad #GoodAmerican”

Some people thought Kardashian’s pose with Slick Woods was racist and highly inappropriate. They made it known in the comments section of the picture and some even asked her to delete the photo.

Click through below to see some of the comments: 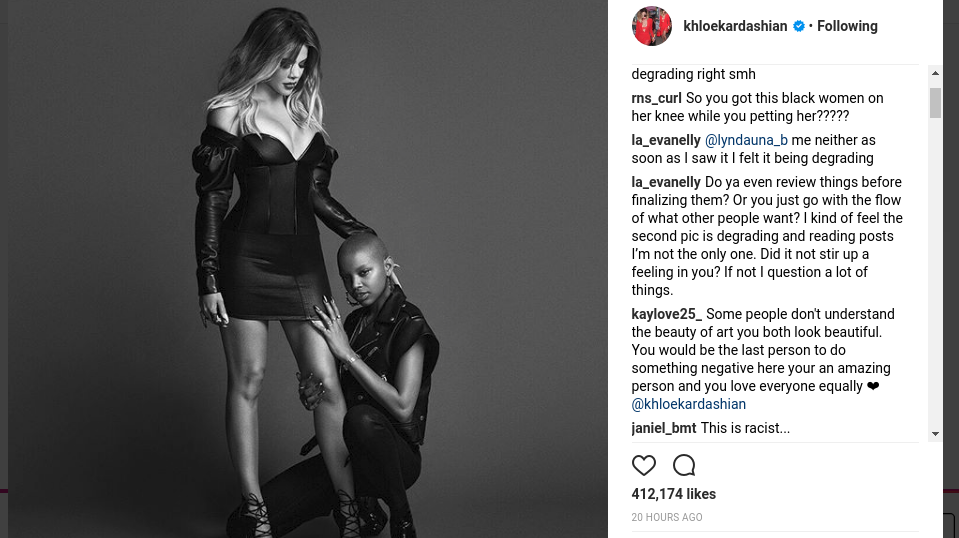 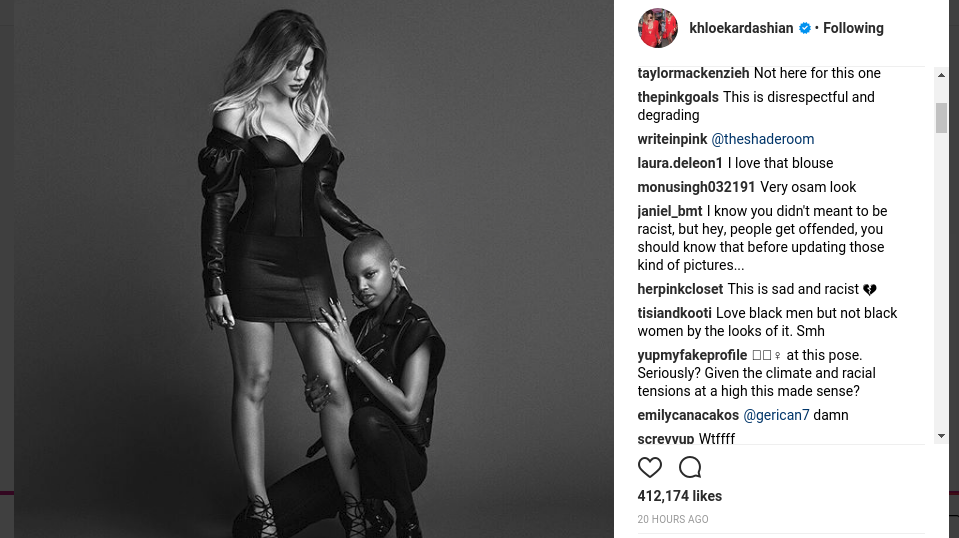 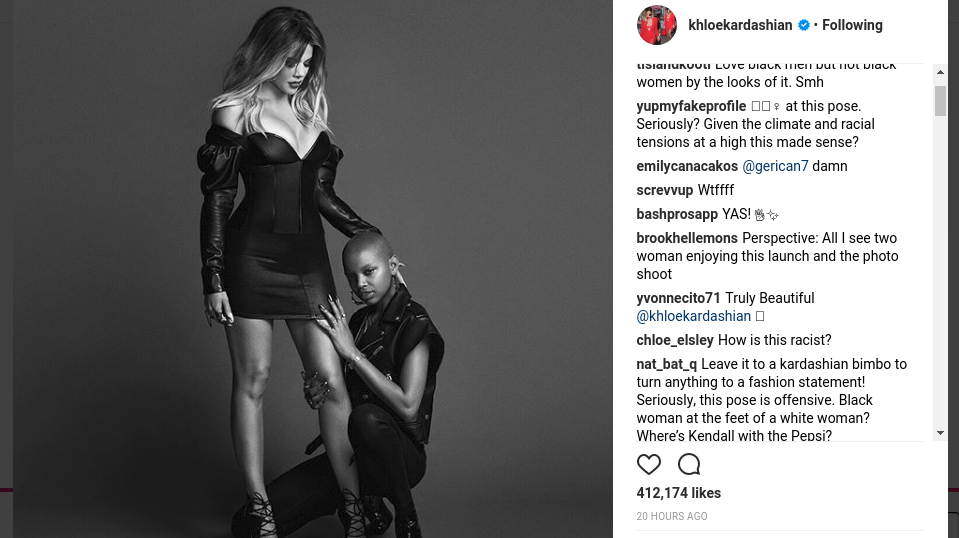 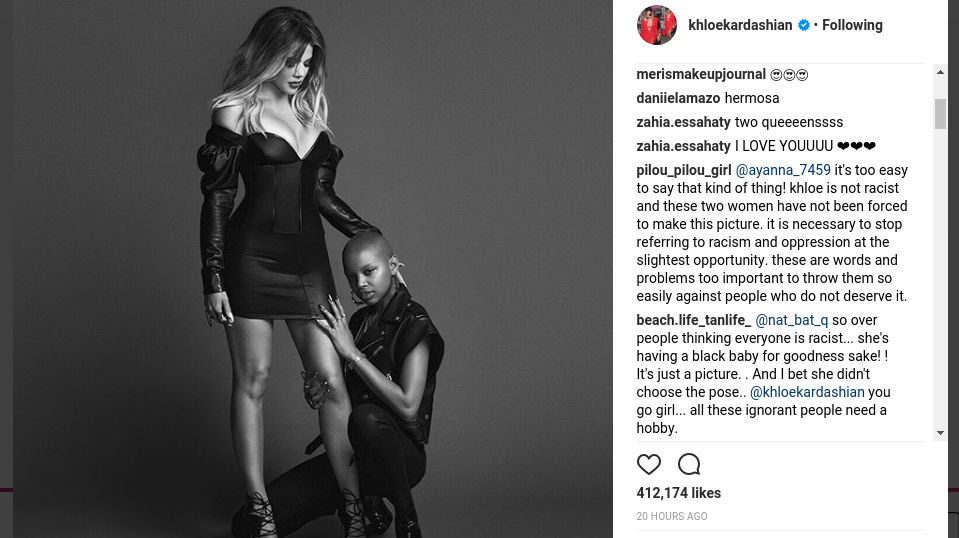 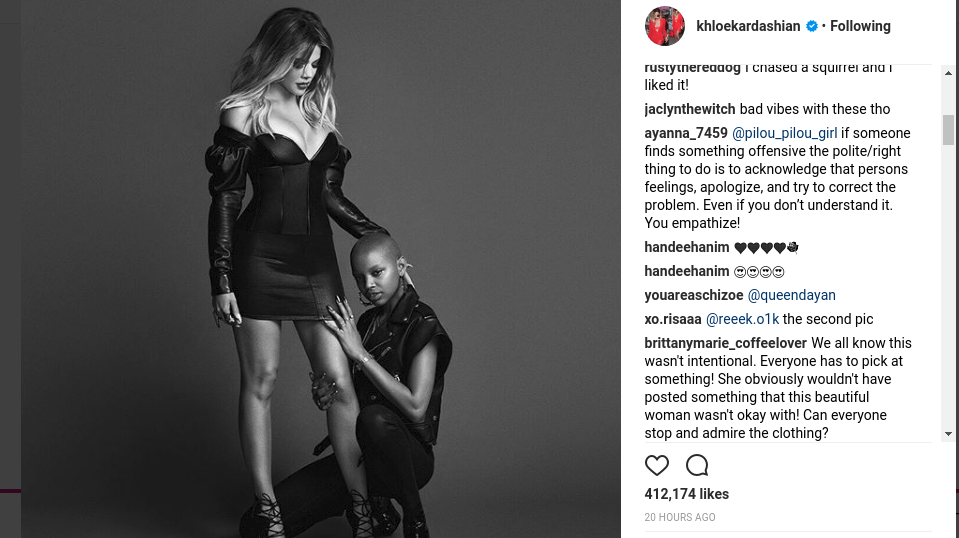 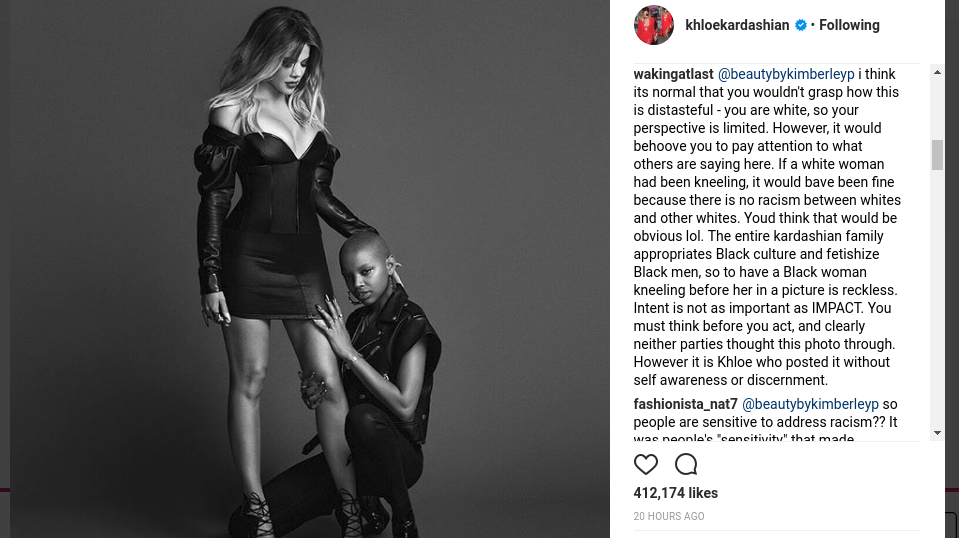 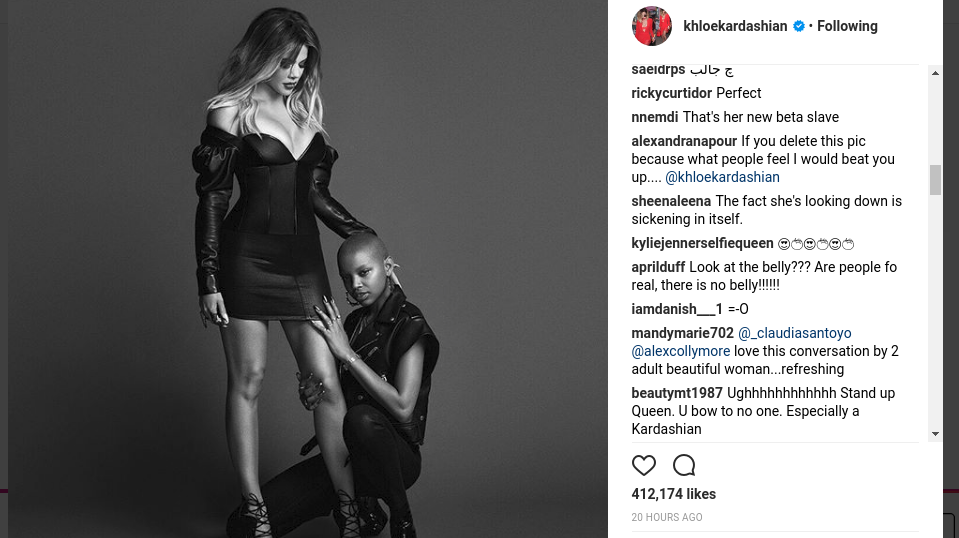 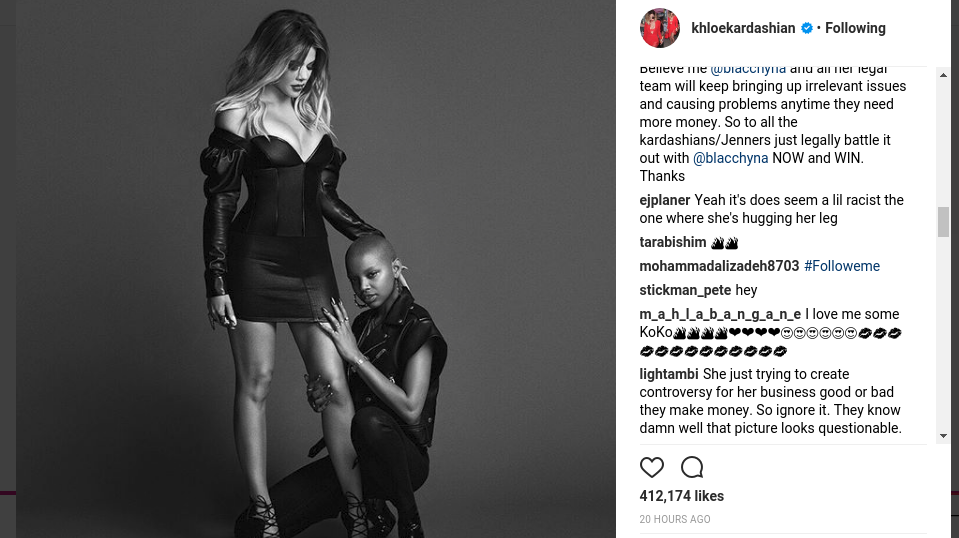 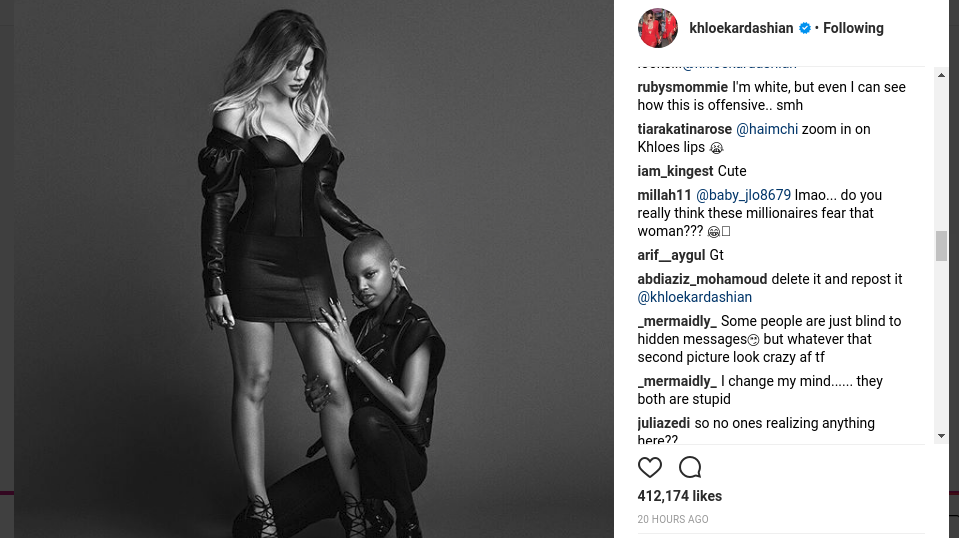 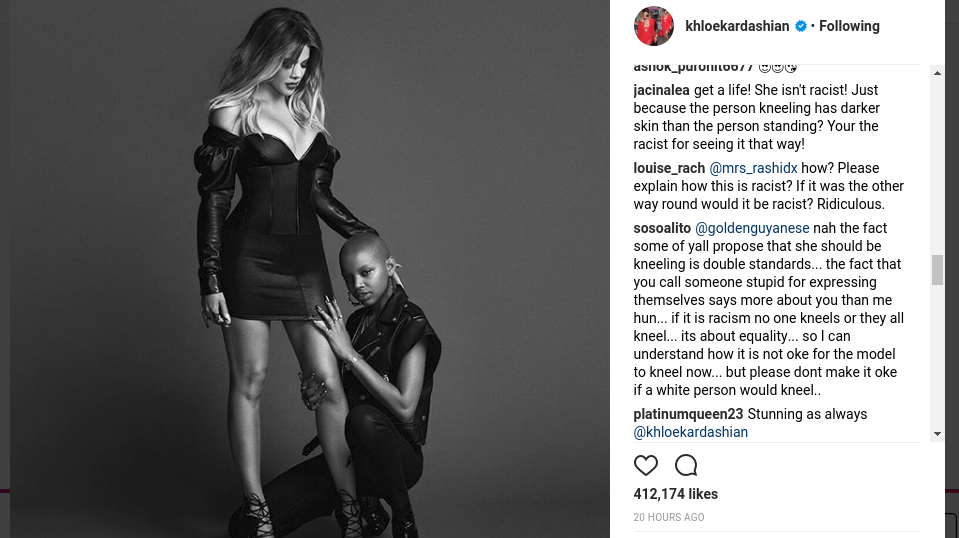 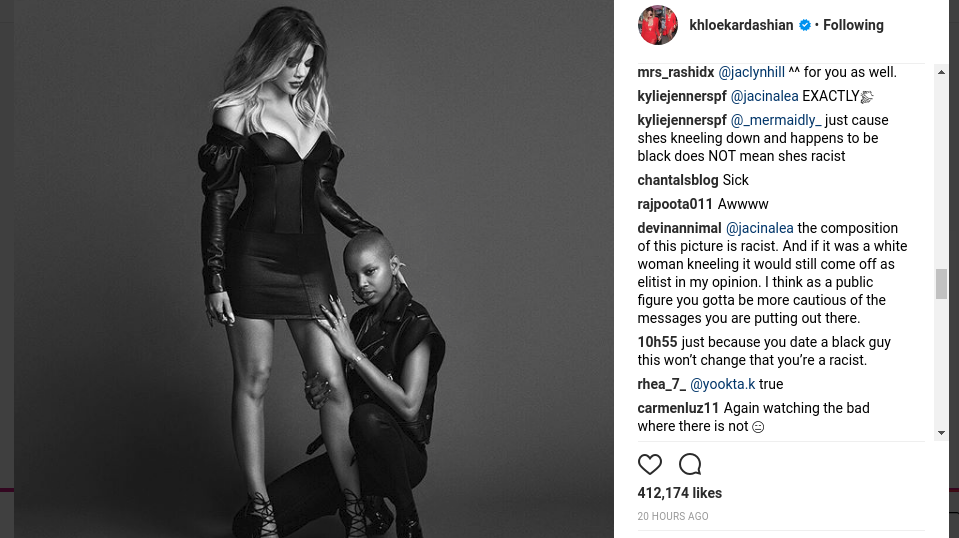 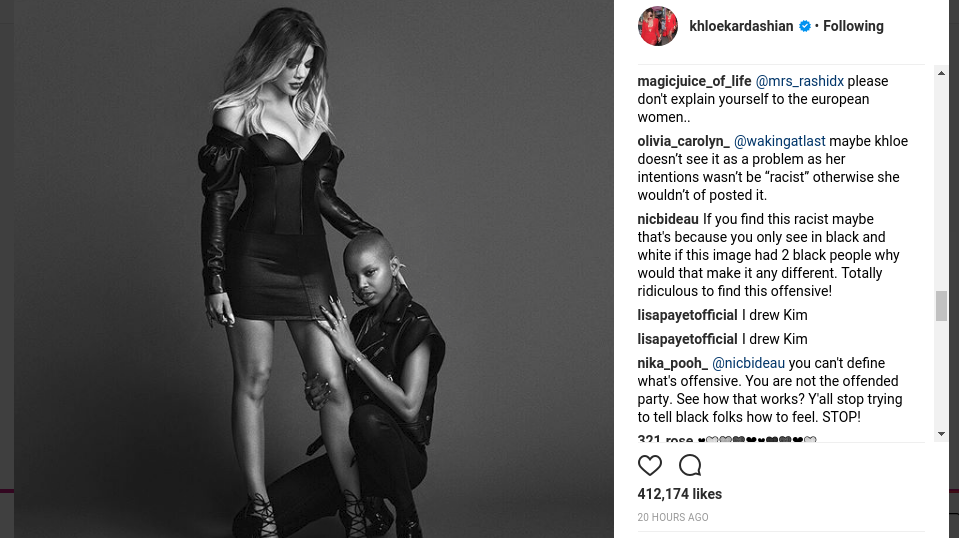 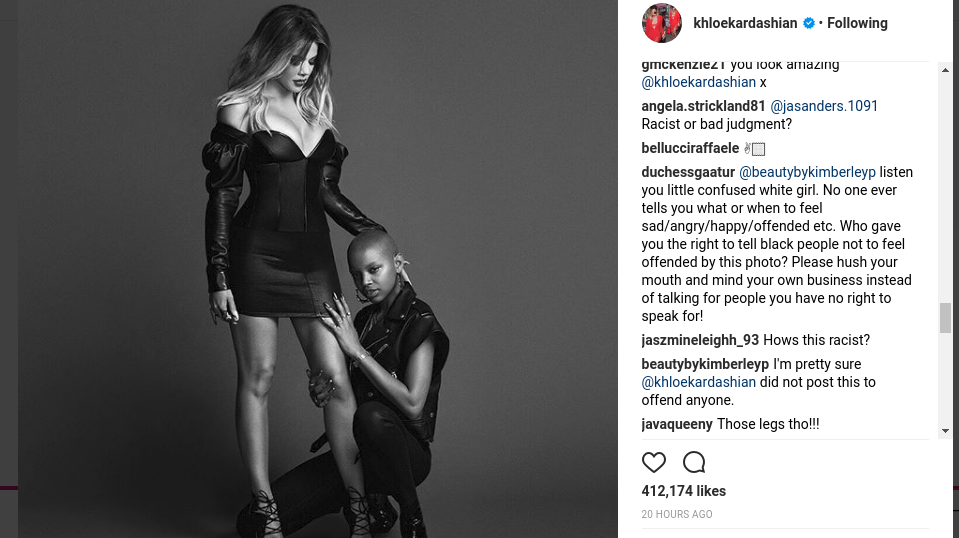 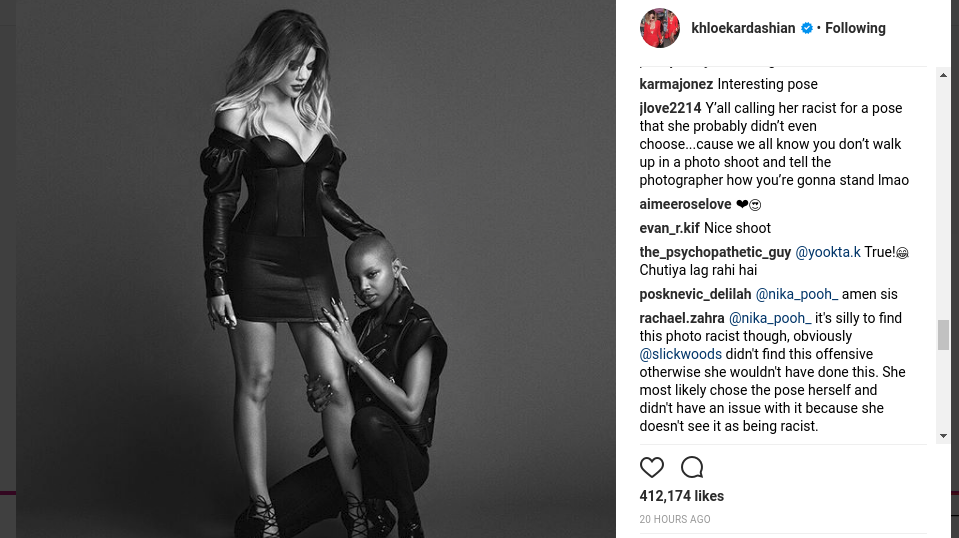 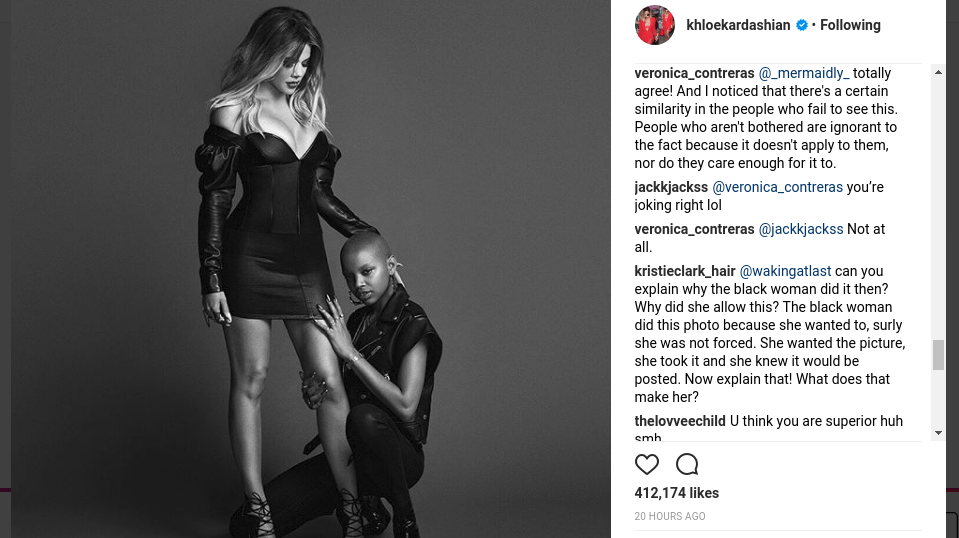 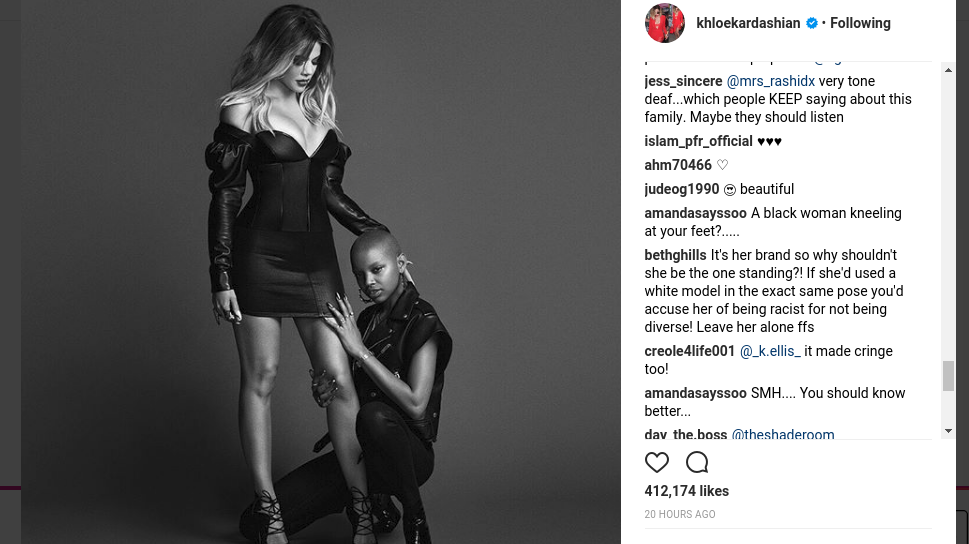 Do you see anything wrong with this picture?

How To Make Zobo Drink In Ten Easy Steps
4

MI Abaga And Vector Collaborates In "Crown Of Clay"