By Timileyin Omilana and Dennis Erezi
Share on Facebook Share on Twitter Share on WhatsApp Share on Telegram
Celebrated Nigerian entrepreneur and a Forbes Africa 30 Under 30 honoree Obinwanne Okeke may have beeb arraigned in an American court on August 9 on charges of computer and wire fraud. United States' Federal Bureau of Investigation said Okeke and at least six other persons were involved in the crimes. "There is a probable cause…

Celebrated Nigerian entrepreneur and a Forbes Africa 30 Under 30 honoree Obinwanne Okeke may have beeb arraigned in an American court on August 9 on charges of computer and wire fraud.

United States’ Federal Bureau of Investigation said Okeke and at least six other persons were involved in the crimes.

“There is a probable cause to believe Okeke has conspired with several individuals to access computers without authorisation, and using such access to cause the fraudulent wire transfer of funds,” FBI’s special agent Marshall Ward said in an affidavit he deposed to before Justice Lawrence Leonard, in Norfolk, Virginia, on August 2.

The affidavit also sought a warrant to arrest Okeke who was in the United States at the time. 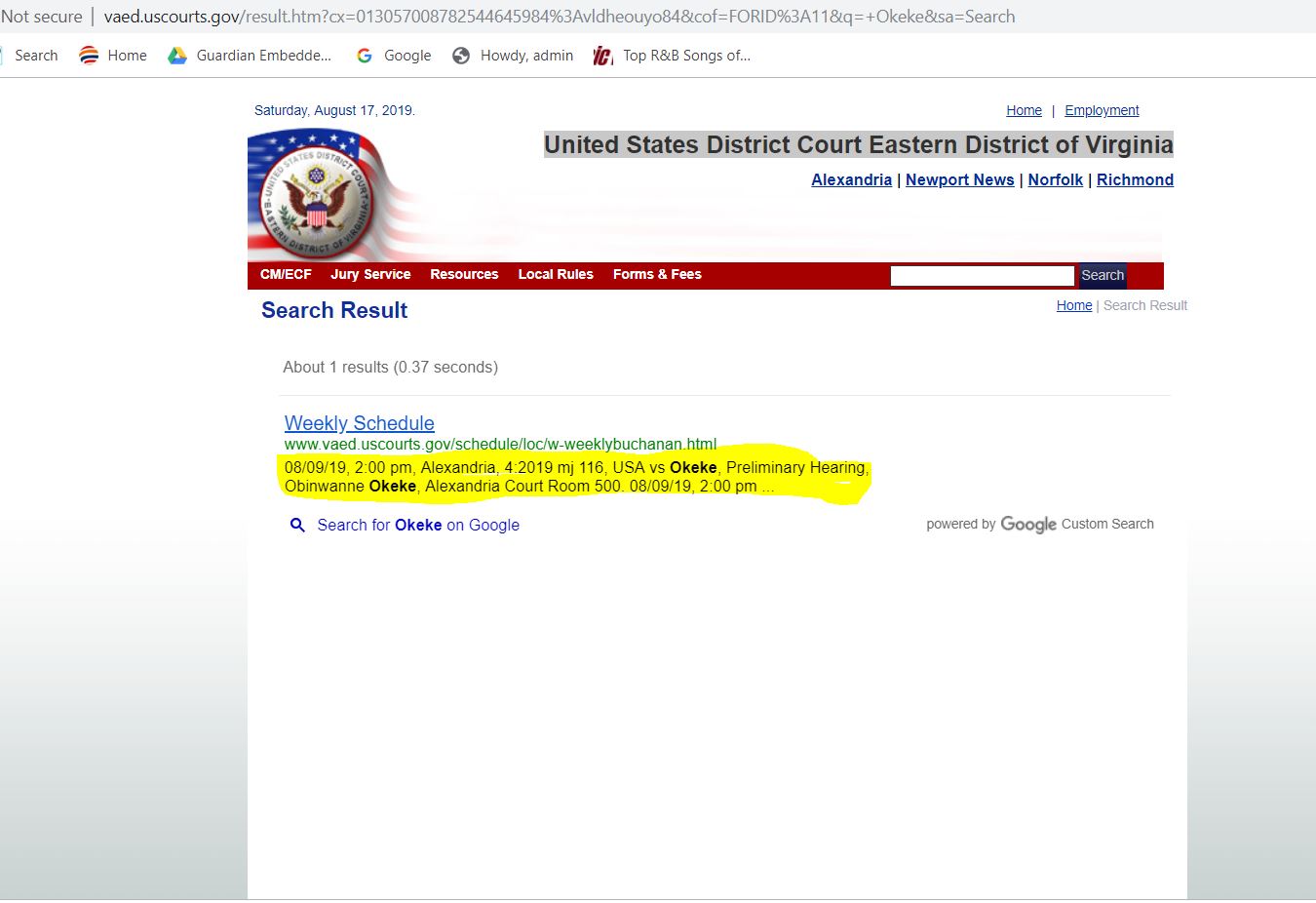 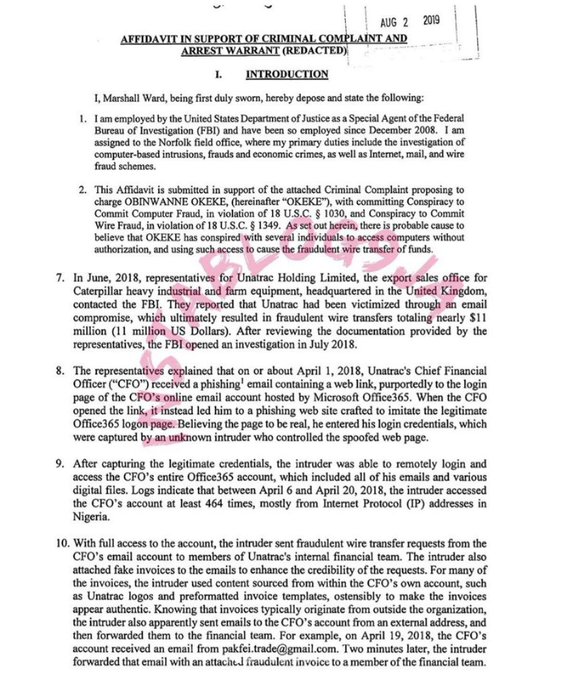 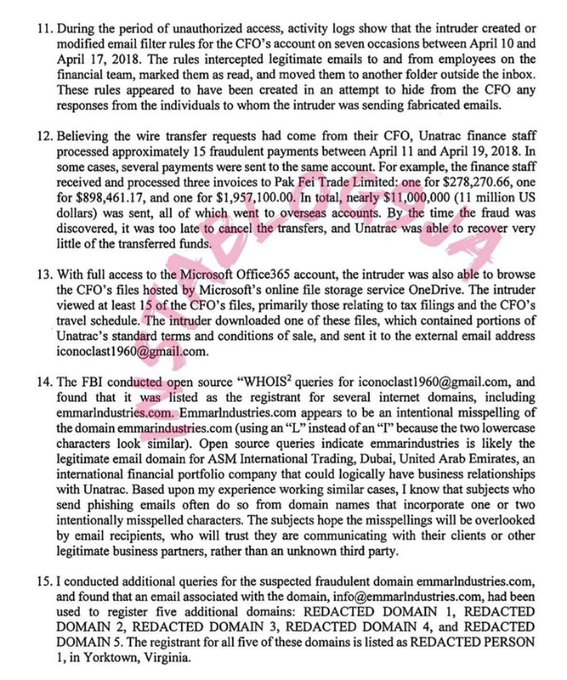 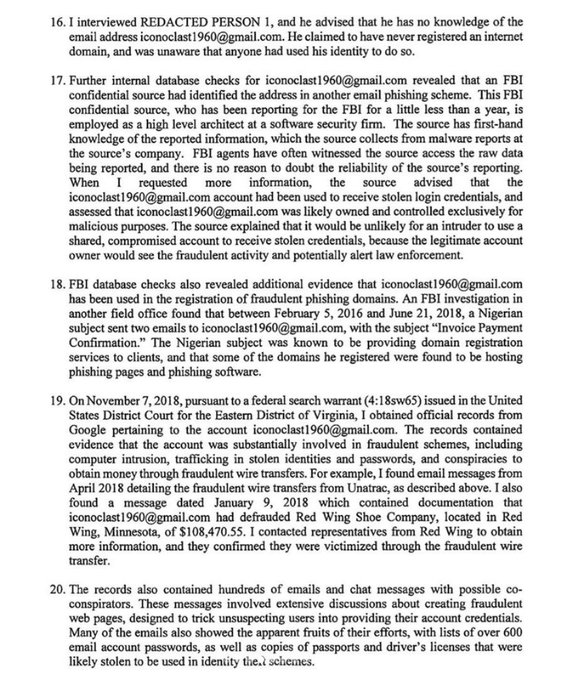 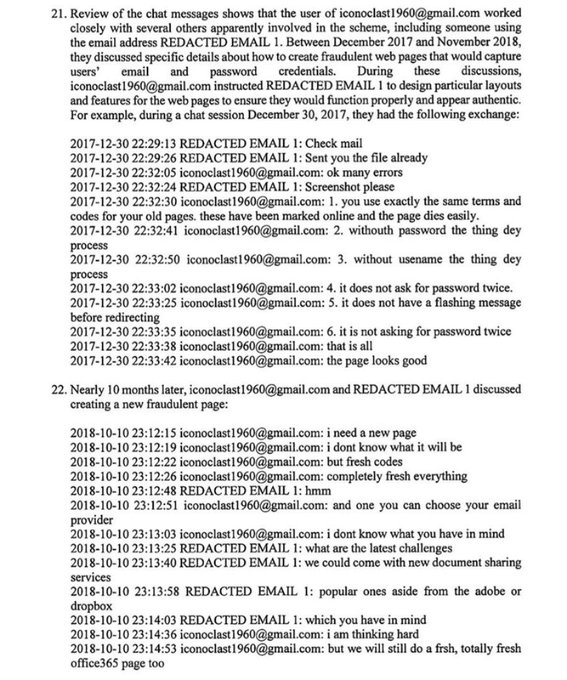 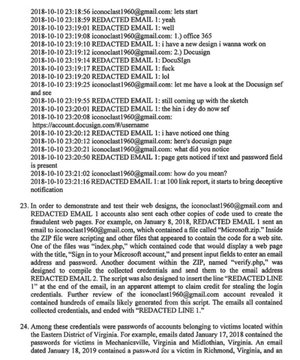 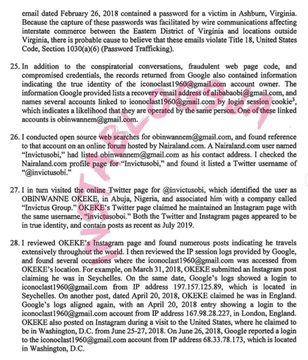 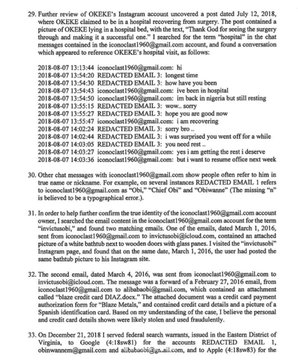 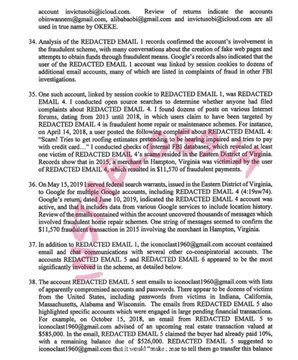 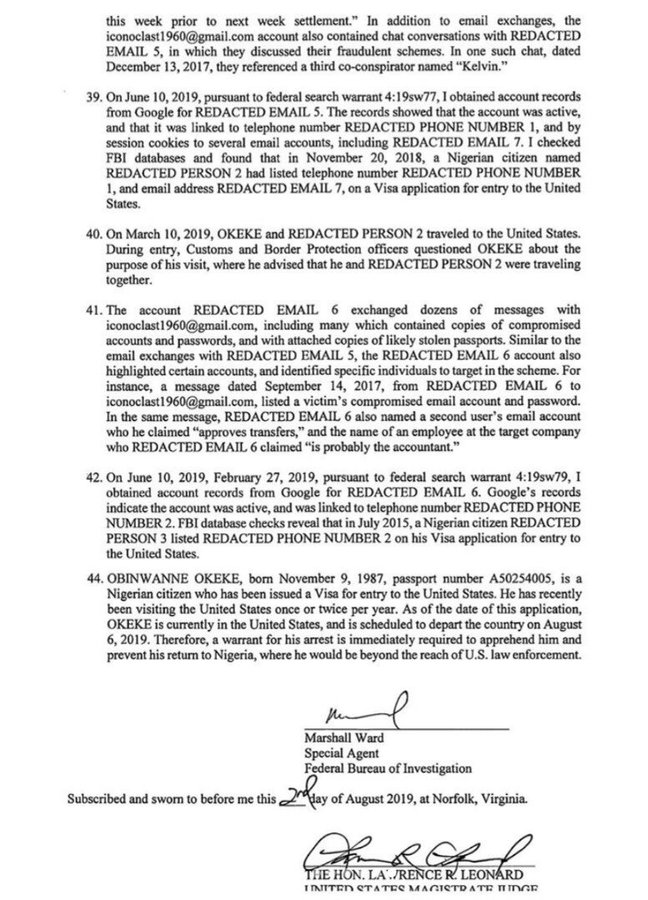 A piece of Information on the website of the United States District Court Eastern District of Virginia shows that Okeke appeared before Judge Theresa C. Buchanan in Alexandria division of the court at 2:00 pm on Friday, August 9, for a preliminary hearing.

A phone call to the office of the court’s clerk in charge of criminal cases was not immediately returned.

Okeke, the founder of Invictus Group, has a degree in International Studies and Forensic Criminology and Masters of International Relations and Counter-Terrorism Studies from Monash University in Australia, according to his official profile.

Okeke was named on the Forbes Africa’s 30 Under 30 For 2016 and was featured on the magazine’s June 2016 cover. A year later, CNBCA named Okeke as a finalist for Young Business Leader of the Year (West Africa).

His Invictus Group claims to have investments in oil and gas, construction, energy solutions, technology and agriculture.

In his affidavit, Special Agent Ward said illicit financial transactions were traced to a Gmail account believed to be owned by Okeke. Those transactions, he said, and conspiratorial communications with, at least six other emails, were carried out between 2016 and 2019.

He said the email came up in more than one investigations carried out by FBI agents. He said a confidential source told the FBI that the email account – iconoclast1960@gmail.com – was “had been used to receive stolen login credentials.

The FBI agent said the investigations that nailed began in July 2018 after Unatrac Holding Limited, an export sales office for Caterpillar heavy industry and farm equipment, in the United Kingdom was defrauded of $11 million through a phishing scheme.

The chief finance officer of Unatrac had received an email containing from an intruder on April 1, 2018. The CFO opened the link and was redirected to a phishing website designed to look like a genuine Office365 logon page. The credential he entered on the page were immediately collected by the “unknown intruder” whose IP address was traced to Nigeria.

The FBI said the intruder accessed the CFO’s email account 464 times between April 6 and April 20, 2018.

The credentials were used to remotely login into the CFO’s account, monitor his correspondences and intercepted legitimate emails from employees on the company’s financial team. The emails were marked as read and moved to another folder outside the CFO’s inbox.

Unatrac financial team members, deceived by the genuine-looking emails initiated by the intruder, processed 15 fraudulent payments between April 11 and April 19, 2018.

The funds were too late to retrieve when Unatrac realised that it was a victim of fraud. It later reported the crime to the FBI in June 2018.

Obinwanne started featuring in the fraud scheme after the intruder downloaded a folder from Unatrac CFO’s OneDrive folder and sent it to iconoclast1960@gmail.com, the email the FBI said is owned by the Invictus Group founder.

Apart from Unatrac, Ward said the official records collected from Google in November 2018 showed that iconoclast1960@gmail.com was “substantially involved” in illegal activities including trafficking in stolen password and identities, computer intrusion, conspiracies to commit to obtain money through fraudulent wire transfers.

World
Sweden to stop offering Covid jabs to teenagers
17 mins ago
Sweden's Public Health Agency said Friday it was no longer recommending that children aged 12 to 17 get vaccinated against Covid-19, citing the "very low risk" for the group.
World
Putin annexes four more Ukraine territories
31 mins ago
Russian President Vladimir Putin on Friday annexed four territories in Ukraine controlled by his army at a grand ceremony in the Kremlin and urged Kyiv to lay down its arms and negotiate an end to seven months of fighting.
Features
Sonata Farmer Engagement
42 mins ago
Every nut tells its own story, ranging from how it was grown, cracked open, processed, and then packed for final consumption. That story starts with hard-working farmers and processing workers, but many face real and present challenges in their day-to-day lives. That is why Sonata is setting realistic targets and goals to tackle the most pressing issues in the cashew supply chain, starting with farmer training and engagement to help empower them financially.
World
'Worrying upsurge' in cholera worldwide: WHO
1 hour ago
After years of decline, the planet is now witnessing a "worrying upsurge" in cholera outbreaks, the World Health Organization warned Friday.
News
National transport policy ready soon – Minister
1 hour ago
The Minister of Transportation, Mu’azu Sambo, said his vision for the transportation sector was to inaugurate a national transport policy before May 2023.

World
US slaps sanctions on Putin's daughters, Russia's biggest banks
6 Apr
The White House announced sanctions Wednesday targeting Russia's top public and private banks and two daughters of Vladimir Putin, adding pressure on the country's economy and its elite over the invasion of Ukraine.
Opinion
High tech lynching of a black man
14 Apr
The US Patents nos1) US10086182b2; 2) US11071851b2 and 3) US11116952b2 which were invented by Mr. Basil C. Ogbu, have been assigned to a pharmaceutical company.

Sport
U.S. drops charges against Blessing Okagbare
14 Apr
There were strong indications yesterday that the United States may have dropped ‘all charges’ against Nigerian sprinter, Blessing Okagbare, who is serving a 10-year ban over drugs offences.

World
Suspect faces terror charge over New York subway shooting
14 Apr
A 62-year-old man accused of shooting 10 people on the New York subway was taken into custody Wednesday and faces a federal terror charge, following a day-long manhunt in a city set on edge by the attack.

World
Musk's Twitter purchase puts moral champion in crosshairs
28 Apr
The fate of Twitter's top attorney, deemed a moral champion of the platform, was in doubt Wednesday after Elon Musk tweeted displeasure with the content moderation she had carried out.