By Marcel Mbamalu, News Editor
Share on Facebook Share on Twitter Share on WhatsApp Share on Telegram
Four hundred and eighty (480) graduands on Saturday received Postgraduate degrees and diplomas of the University of Nigeria in what the Vice-Chancellor, Professor Benjamin Ozumba, described as "the highest by any Nigerian university in one year."
1 of 10 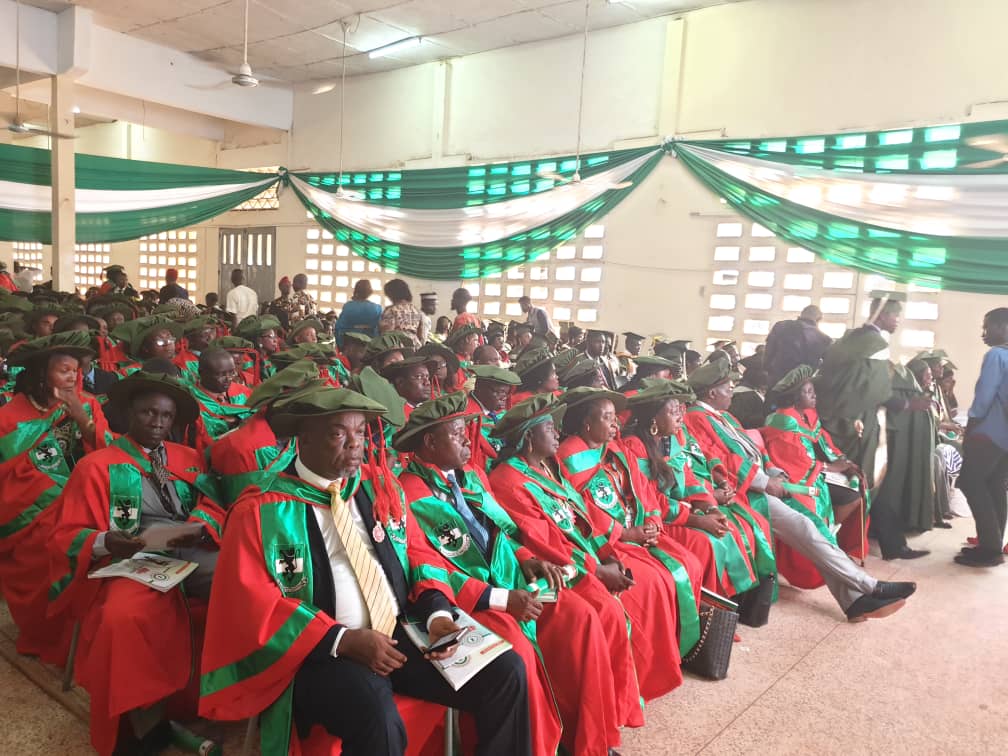 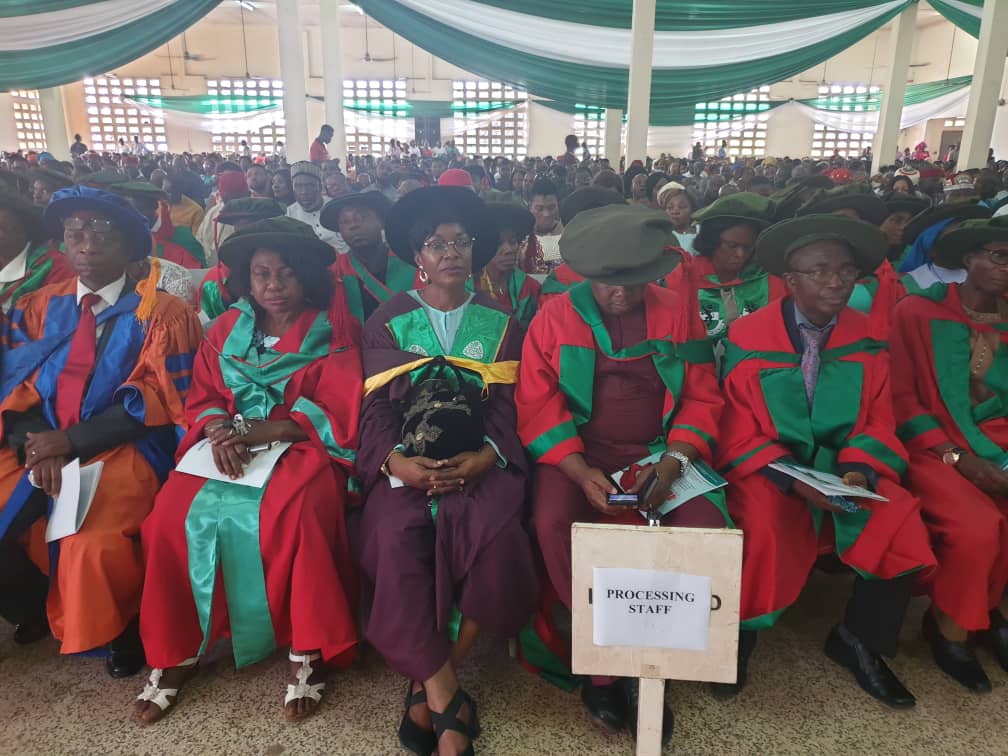 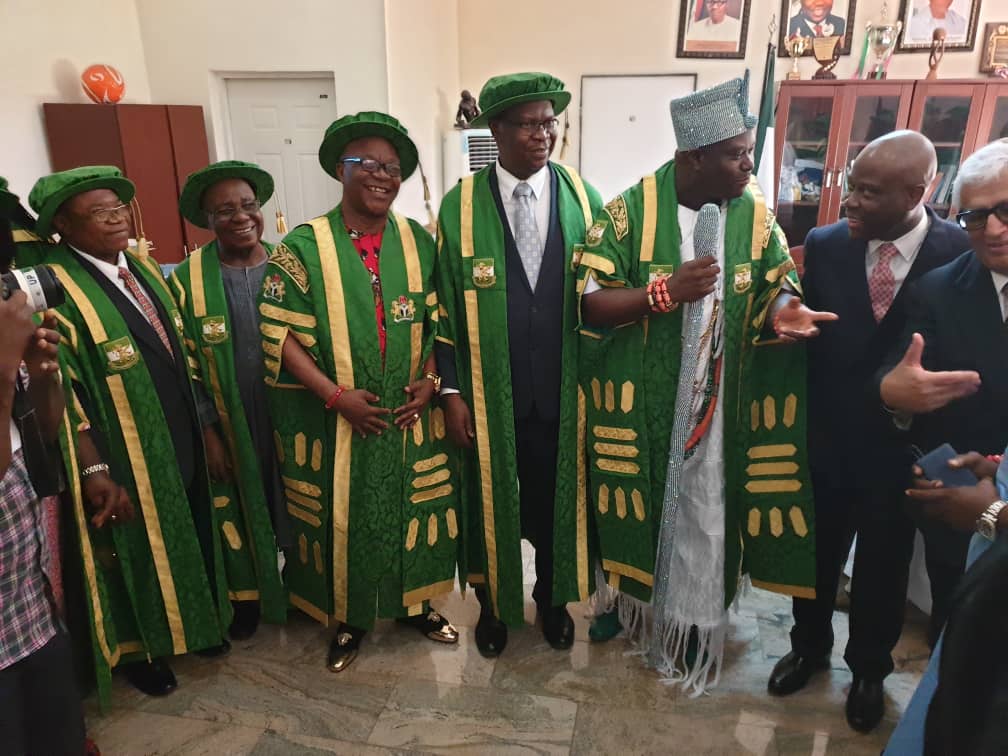 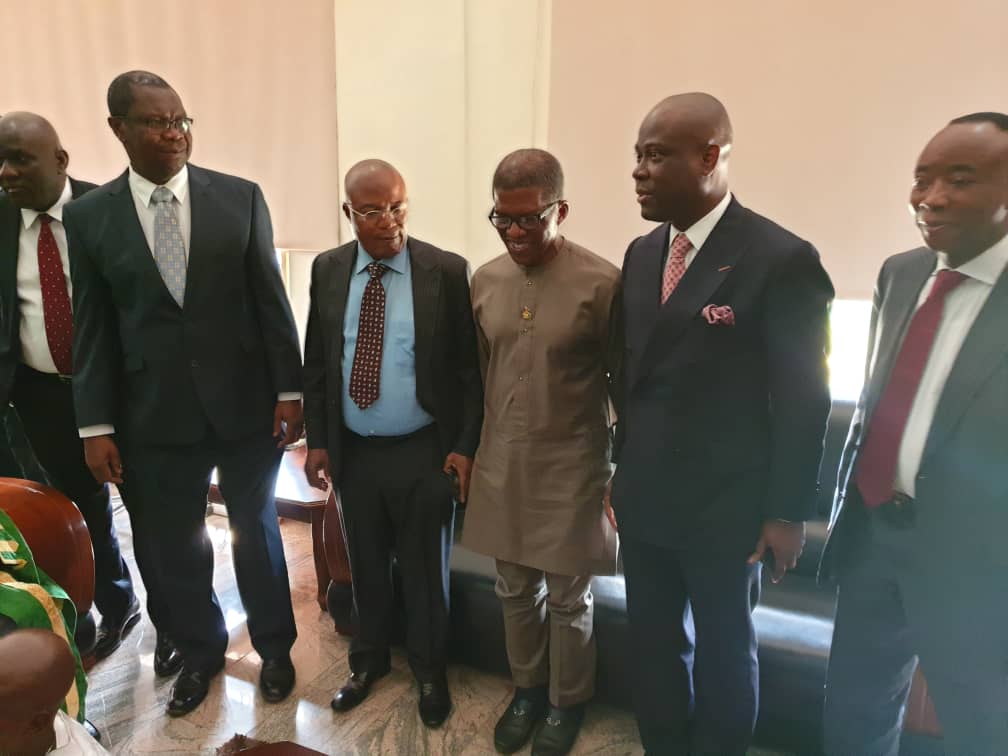 Four hundred and eighty (480) graduands on Saturday received Postgraduate degrees and diplomas of the University of Nigeria in what the Vice-Chancellor, Professor Benjamin Ozumba, described as “the highest by any Nigerian university in one year.”

The university also conferred honorary doctorate degrees on three distinguished Nigerians. The Group Managing Director of Access Bank Herbert Wigwe, former executive secretary of the Petroleum Products Pricing and Regulatory Agency (PPPRA) Mr. Reginald Chika Stanley, and then the Managing Director of the Dozzy Group, Sir Daniel Chukwudozie, who bagged the degrees, said they felt ‘greatly honoured’ to be associated with the University of Nigeria in such capacity. Ozumba in an exclusive chat with The Guardian, said the honour conferred on the three Nigerians was “not a knee-jerk decision” but a product of careful appraisal of their contribution to the nation and mankind. He specifically pointed out Wigwe’s successful efforts in moving Access Bank to its “present status as one of the top banks from 16th position to number six in just 10 years.” He said the banker’s idea of establishing a chair for the university was worthy of emulation.

The vice chancellor also described Reginald Stanley as a successful Nigerian who served the country as a technocrat and has, since his retirement, continued to make a positive impact in the private sector. Ozumba said the third awardee, Chukwudozie, was a philanthropist who had made an immense contribution to the growth and welfare of many Nigerians.

At least, 480 of the 2,113 graduands, who were conferred with postgraduate degrees of the university by the Chancellor and Ooni of Ife, Oba Adeyeye Enitan Ogunwusi Akande, were Ph.D candidates.

Eleven retired professors of UNN, one of who were Professor Uche Azikiwe, the wife of the founder and wife of Nigeria’s first president, the late Nnamdi Azikiwe, were elevated to the university’s club of “Emeritus Professors of the University of Nigeria.”

Vice-chancellor Ozumba said the 480 doctorate degree awardees represent 22.7 percent of the 2,113 postgraduates who, like their 9,702 first degree and diploma counterparts, had fulfilled the standard requirements of character and learning as stipulated in the school’s regulations. Describing the figure as ‘unprecedented’ and ‘remarkable,’ the vice chancellor explained that the significant increase in the number of postgraduate degrees awarded at last weekend’s graduation “reflects a deliberate response to the mandate given to first-generation universities to increase the enrolment of postgraduate students. “I’m quite pleased that my staff have been able to adapt to the additional challenge placed upon them by the increased enrolment without necessarily compromising on the standard for which the university was known,” Ozumba told The Guardian in a chat on Sunday.

The (grand finale) second day of the 48th convocation ceremony was set aside for the purpose of conferring the postgraduate degrees and diplomas. It followed the previous day’s event at which 9,702 were awarded first degrees, diplomas and certificates of the university.

Nigeria
2023 poll: APC, PDP rendered Nigeria world poverty capital, alleges Kachikwu
56 mins ago
The Presidential Candidate of the African Democratic Congress (ADC) Mr Dumebi Kachikwu says Nigeria has been reduced to the level of the poverty capital of the world due to poor governance under the people's democratic party (PDP) and the All progressive congress (APC) led administrations.
News
NSCDC partners Igbinedion university on personnel training
59 mins ago
As part of efforts to improve the capacities of personnel for enhanced performance, the Nigeria Security and Civil Defence Corps (NSCDC) and Igbinedion University, Okada, have agreed on a partnership to provide strategic training, research needs and scholarship for the corps
Business News
Pound hits record low versus dollar, markets hit by recession fears
1 hour ago
The pound hit a record low against the dollar Monday on surging fears about the UK economy after the government unveiled a huge tax-cutting budget.
Nigeria
Oil theft: IGP Confirms Seizure of 123 Oil Tankers by special taskforce
1 hour ago
The Inspector-General of Police, IGP Usman Alkali Baba, has confirmed the Seizure of no fewer than 123 Oil Tankers used in perpetrating oil theft.
Nigeria
LASTMA warns LagosRide operators against flouting traffic laws
1 hour ago
The Lagos State Traffic Management Authority (LASTMA) has warned operators/drivers of LagosRide Taxi in the state against disobedience to the Lagos State Transport Sector Reform Law of 2018.

Outlook
Research is an investment in the wellbeing of humankind: appraising the Nigerian research landscape
22 May
Nigeria is currently preoccupied with insecurity issues, banditry, herdsmen, restructuring, separatist agitators, youth unemployment, work stoppages, and economic challenges, to name just a few. As serious as these challenges may appear, we believe they are not capable of sinking Nigeria because they are challenges that could be solved if the right actions were taken. What…

Nigeria
Stop delaying our children’s progress, Enugu parents tell FG, ASUU
26 May
Some Enugu parents have called on the Federal Government and the Academic Staff Union of Universities (ASUU) to end the union’s prolonged strike and stop delaying students’ progress.

Nigeria
Sanwo-Olu, Abiodun, Zulum, others pick APC second term ticket
27 May
It was the turn of All Progressives Congress (APC), delegates yesterday, to exercise their mandate of choosing governorship candidates across the country, a day after the Peoples Democratic Party (PDP) conducted theirs.

Opinion
Godwin Emefiele’s perfidy
30 May
It came like a bolt out of thunder. After months of sponsored speculations, it finally dawned on Nigerians that they had entrusted their biggest vault into the hands of a politician.

Politics
APC faction protests against indirect primary in Abia
4 Jun
A faction of the All Progressives Congress (APC) in Abia State, yesterday, trooped to the party’s secretariat in Azikiwe Road, Umuahia, to protest against the alleged use of indirect primary to elect the Pro-Chancellor of University of Nigeria Nsukka ...

Business News
Access Bank in fresh $37m Kenya acquisition deal
9 Jun
Access Bank Holdings Plc has announced that its banking subsidiary has entered into an agreement with Centum Investment Company Plc for the acquisition of its 83.4 per cent equity stake