On the dark side: Black foliage

‘Lagos stimulus package is for the aged, vulnerable’
2 days ago  Saturday Magazine 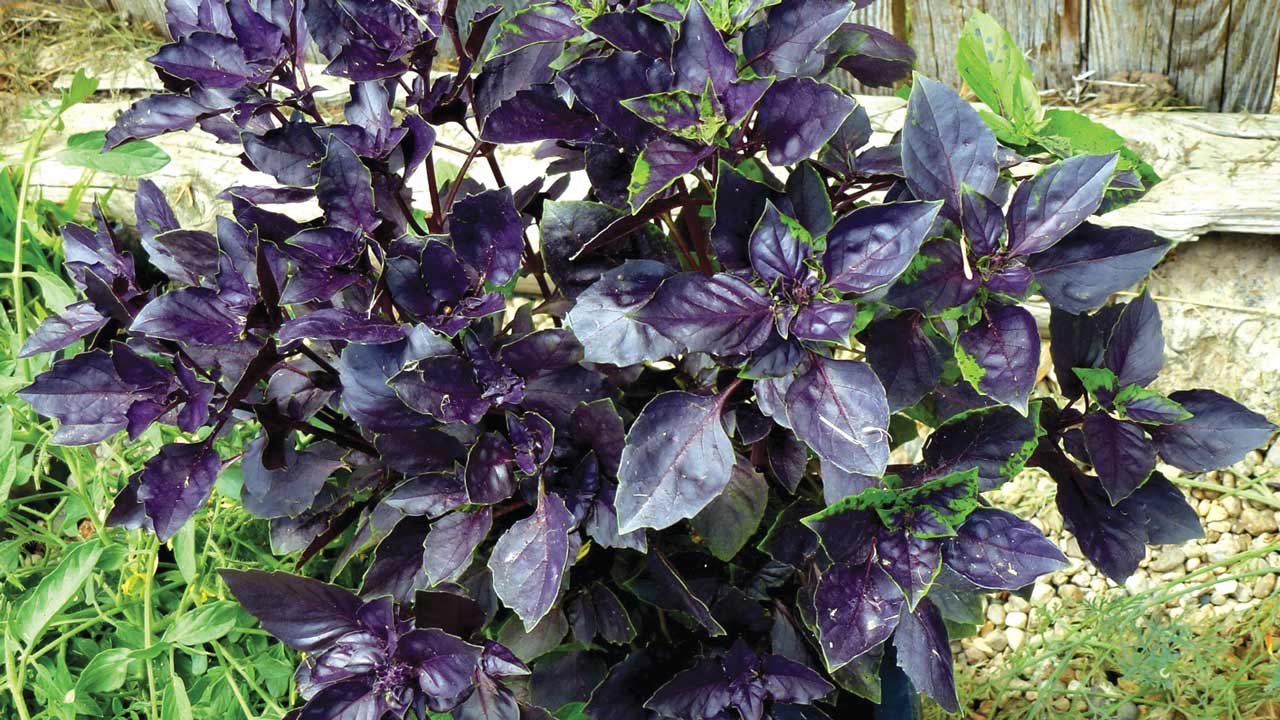 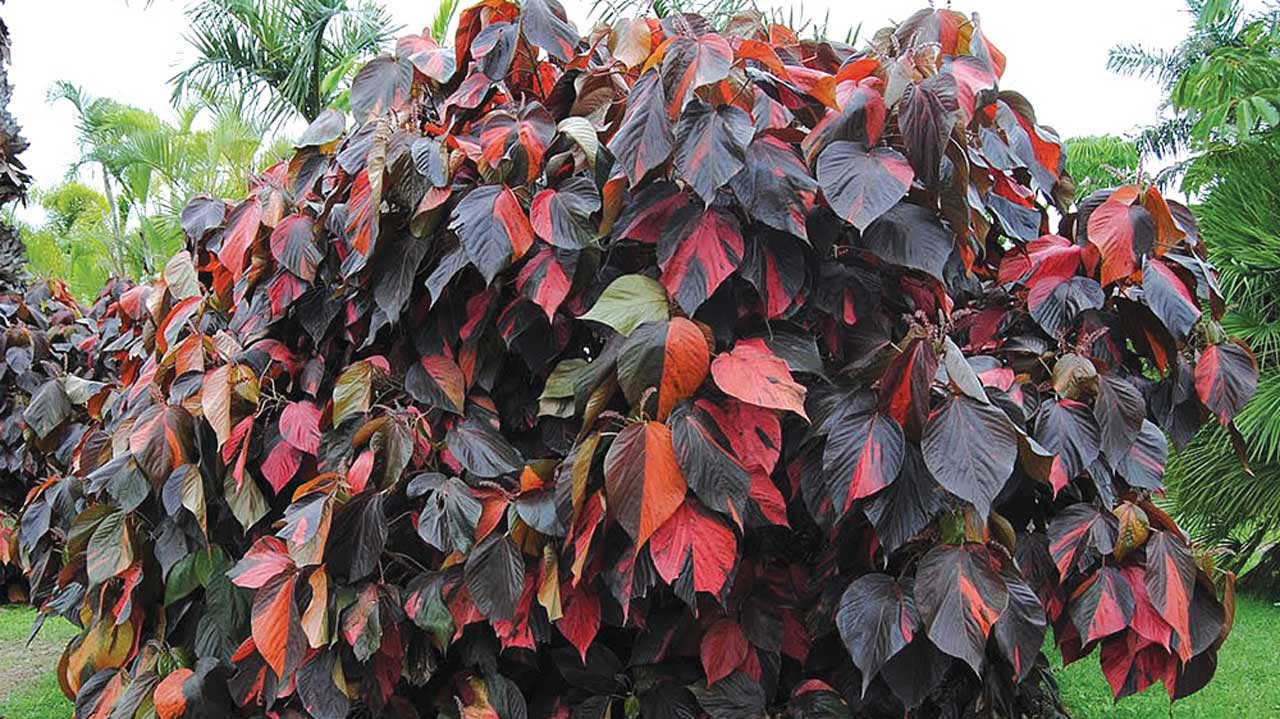 No other color gets as much attention as black. While black may be a staple in the fashion world, but isn’t quite ubiquitous in the garden world. Purist would argue that black is not a true color, rather it is the absence of light. Black creates interest, shows sophistication and adds a sense of opulence to the landscape. Although true black plants are a rarity in nature, there are many dark purples, dark reds, brown, dark greens and near, that come pretty close and black cultivars are being introduced at an increasing rate. Black plants are excellent for creating contrast and interest. Most gardens are a sea of green with flowers providing color and foliage giving contrast with textures and forms. Mixing in plants with dark colored foliage can really make a difference in the landscape or containers. Position them in light areas. Avoid hiding them in the shade where they tend to disappear. Pair black-foliage plants with lime, light greens, yellows, chartreuse, pinks and a variety of other colors for great effect. As they say in fashion, black goes with everything. Of course plants with purple leaves make a great contrast with plants with lighter foliage for visual interest, but dramatic designs can be created with all leaves for a very unusual effect.

Black foliage shows up best in full sun, so it is best to limit their use in shady spots. Using woody plants with black foliage can create a lovely backdrop for other plants and flowers or usually best used as accent plants, where they can be viewed up close. They can also be used as a focal point to highlight other colors in the garden. Purple foliage combines well with any other colored foliage, including blue, gold and silver for even more contrast. Putting a plant with dark purple leaves near another with bright chartreuse leaves makes the lighter color really pop. Variegated plants come more striking beside darker colors.

Flowers with strong, saturated colors tends to enhance purple foliage and hot colors, really make a statement against the black leaves which balance the shocking tones. Pairing black foliage with pastel colors adds a degree of sophistication and elegance. In a moon or (white) garden, black plants add contrast to the silver foliage and white flowers during the day, but at night they virtually disappear so the white pops even more. There are more than enough supply of plants- including annuals, herbaceous, perennials, trees and shrubs for nearly every growing condition-with cultivars that offer a change from green. Colors range from nearly true black to bright red, every shade of purple, maroon and brown in between. Some favorite black foliaged plant includes: Black Scallop Ajuga (Ajuga reptans ‘Binblasca’ Ajuga reptans) Phormium tenax, Phormium ‘Platts Black’

*Many type of Amaranthus have dark foliage including ‘Hopi Red Dye’ and ‘Early Splendor’ among others tend to lean more toward the red ,more than purple range of colors.
*Purple cultivars of basil (Ocimum basilicum), such as ‘Opal’ or ‘Purple Ruffles’ have purple to black leaves.
*Ornamental pepper (Capsicum annum) such as ‘Black Pearl’ and ‘Purple Flash’ have dark foliage and purple – black fruits.
*Pennisetum glaucum ‘Purple Majesty’ is a tall ornamental millet with dark purple leaves that offers vertical interest.
*Beefstalk plant (Perilla frutescens) is herb in the mint family with ruffled purple leaves and a peppery-based smell. It self-sows prolifically if allowed to flower.
*Several ornamentals of castor bean (Ricinus communis) have bronze-red or purple leaves including perennials.

Tropical canna spp usually have wide, green leaves, but some cultivars, such as ‘Tropicana black’ and ‘Wyoming’ have solid purple leaves, ‘Black Knight’ has black and green leaves with garnet red flowers. ‘Red Wine’ is a dwarf cultivator with vivid red flowers atop dark –burgundy stems ad leaves.’Phaison’ has variegated leaves that out intense purple but become striped with green, yellow, pink and red.

*Some varieties of elephant’s ear (Colocasia esculenta) have dark foliage, such as ‘Black Magic’ with matt-black, two-foot long leaves and illustris’ with 18-inch leaves of grey –black highlighted with lime green veins and edges

*Hibiscus acetosella ‘Panama Red’, ‘Red Shield’ and others is grown primarily for its striking dark purple-red, serrated leaves rather than its wine colored flowers.

*Dahlia ‘Bishop of llandaff’ has dark mahogany foliage and garnet-red flowers.’Fascinatiun’ has dark foliage and lilac semi-double flowers with yellow stamens. Many other cultivars also have dark foliage ranging from brown to purple to black.

*Persian shield (Strobilanthes dyerinus) has glossy pointed dark maroon to purple leaves with colorful veining and a silver sheen to the foliage.
Succulent Aeonium arboretum ‘schwartkckopf’ or ‘Zwartkop’ has a rosette of glossy leaves so dark purple they appear black.

*Many cultivars of the perennial Alternanthera dentate such as ‘Purple Knight’ are noted for their rich purple to burgundy leaves.
Herbaceous perennials

*Many Heuchera and Heucherella cultivars have purple foliage.

*There are a number of Sedum varieties with purple foliage.

*A few cultivars of culinary sage
Black flowers
If dark foliage isn’t enough, try adding some ‘black’ flowers to the mix, such as:

*Black Petunias, such as ‘Black velvet’’ and the black and yellow or white ‘Phantom’ and ‘Pinstripe’.

Black foliage plants extraordinaire, offer versatility in design, in their varieties add pizzazz to beds and borders, and drama to both gardens and containers.