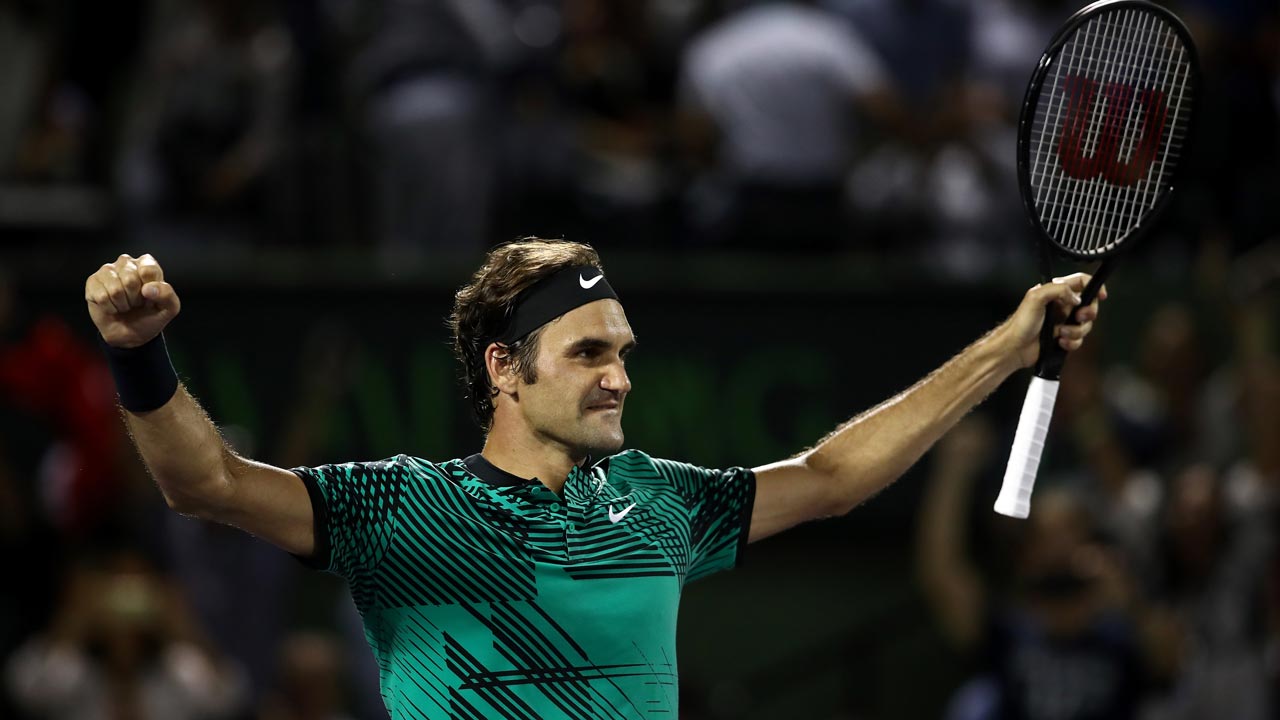 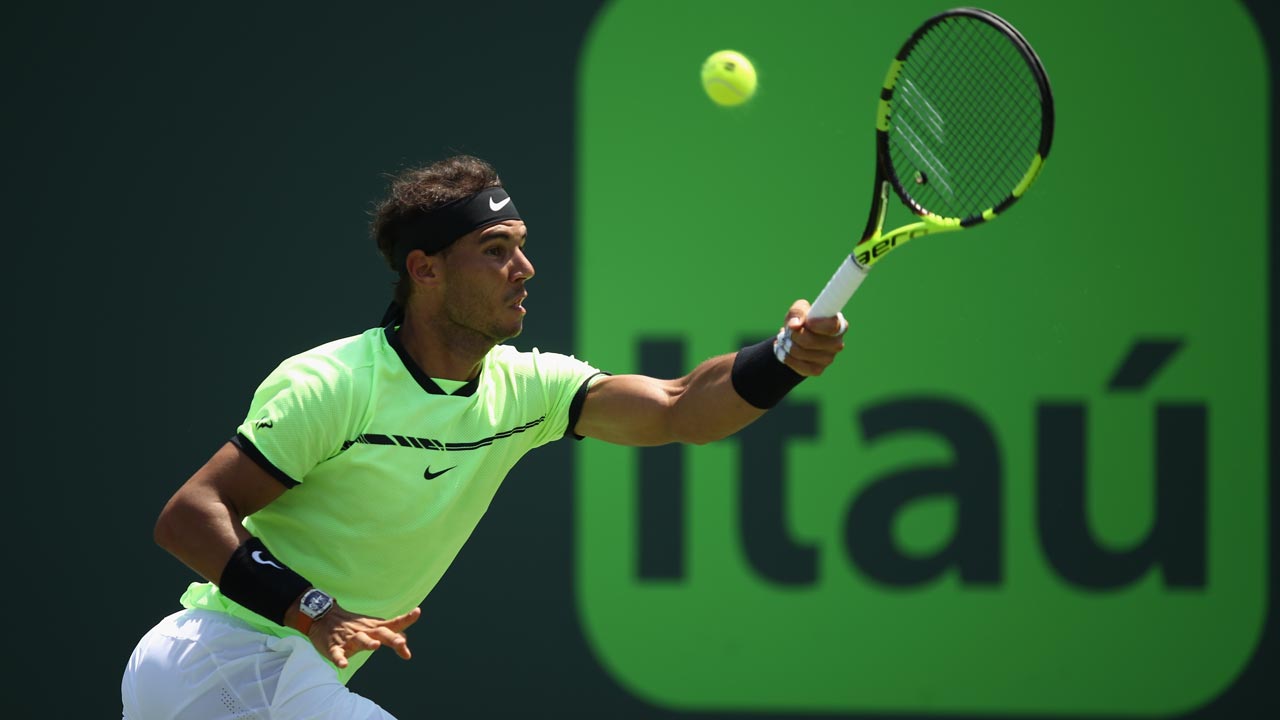 KEY BISCAYNE, FL - MARCH 31: Rafael Nadal of Spain in action against Fabio Fognini of Italy in the semi finals at Crandon Park Tennis Center on March 31, 2017 in Key Biscayne, Florida. Julian Finney/Getty Images/AFP JULIAN FINNEY / GETTY IMAGES NORTH AMERICA / AFP
The greatest rivalry in tennis resumes on Sunday in the final of the Miami Open when Roger Federer and Rafael Nadal meet at the venue where it all began.

It was 13 years ago, at Crandon Park on Key Biscayne where the two first faced each other on a court in an ATP Tour event.

A 17-year-old Nadal beat his Swiss opponent, already the world number one, 6-3, 6-3 in the third round of the tournament.

One year later, on April 3, 2005, the pair met again in Miami, this time in the final of the tournament when Federer came back from two sets down to win the five-set contest.

Federer says the memory of what he calls “that epic match” remains vivid and was a crucial chapter in his development as a player.

“The final was unbelievable. It was a turning point in my career, to be quite honest. For me to be able to focus for, I don’t know how long we played, maybe four hours, smashing forehand after forehand down the line, I felt like I had to learn how to fight in matches, and there I showed it to myself and my team that I could do it,” he said.

“It was against somebody who ended up being my biggest rival. It’s definitely going to be very special playing Rafa here again.

“Of course I’m thrilled for him as well that he came back as well as he did after the comeback, the struggles that he had last year,” Federer added.

Nadal leads the head-to-head meetings 23-13 but they are tied 9-9 on hard courts and Federer has had the better of the most recent meetings, triumphing in the Australian Open final in January and the fourth round at Indian Wells last month.

“It feels like old times. We’re playing each other every week now. We can’t get enough of each other,” joked Federer. “Hopefully it’s not our last match.”

It is the first time Miami will have a final between two players over 30 but no-one is expecting anything but the highest quality intense competition, especially with Federer enjoying such a rich run of form.

After a six month lay off from injury, the Swiss has returned looking as good as ever. After winning his 18th Grand Slam title at the Australian Open he won at Indian Wells and on Friday he came through an extraordinary battle with Nick Kyrgios, edging a contest decided by three tie-breaks.

– ‘Something important’ –
Nadal has had an easier route to the final enjoying a relatively straightforward two-set semi-final win over Italian Fabio Fognini on Friday.

He is also fired up by the fact that while this will be his fifth Miami final, he has yet to win the Florida tournament.

“It just helps to add something important for me and that’s it,” Nadal said.

Federer will start as favorite but as he looks to complete the Indian Wells/Miami sweep for the third time says he didn’t expect to go all the way in his second straight event.

“(I thought) semis would be an unbelievable run,” he said. “Here we are in the finals and I get a chance to win the tournament.

“Still I feel like there is a mountain to climb in Rafa. He’s not won it yet before. He’s definitely feeling fresher than I feel right now. But that’s not a problem. I’ll be ready on Sunday.”