UN, ECCAS and their partners mobilized against hate speech in Central Africa

By APO Group
Share on Facebook Share on Twitter Share on WhatsApp Share on Telegram
Download logoFrom 26 to 29 October 2021, Douala, the economic capital of Cameroon, will host a regional forum to raise awareness and build the capacity of media practitioners to prevent and combat hate speech in Central Africa. The event is organized by the United Nations Regional Office for Central Africa (UNOCA) and the Economic Community… 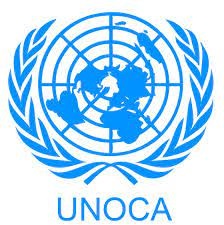 Beyond this overview, the Douala Forum will focus on the different situations with regards to the dissemination of hate messages, their meaning, as well as on the tools to prevent and combat them. Presentations will be made by the different speakers to edify and draw the attention of participants on the impact of hate speech, which is also considered as an attack against tolerance, social cohesion, national unity and diversity. Group work will reinforce reflections on specific aspects and facilitate discussions on the development of a regional strategy to prevent and fight against hate speech by the media in Central Africa. Participants will draw inspiration, among others, from the United Nations strategy and Plan of action to Combat Hate Speech. Journalists from the subregion would also consider adopting an ad hoc self-regulatory instrument aimed at committing them to prioritizing freedom of expression at the service of peace, particularly through media productions that emphasize constructive criticism.

The United Nations and its partners stand ready to accompany the media in this perspective and to support ECCAS in achieving its objectives regarding the development of a regional strategy against hate speech in Central Africa which is one of its key priorities for 2022.Following this workshop in Douala, a second Forum (communication regulatory bodies) is planned in Ndjamena (Chad) and a third one  in Kinshasa (DRC) regrouping media practitioners, regulatory bodies and other key actors  to refine and adopt the  regional strategy.

Sport
We’ve not received Bonfrere Jo’s application for Eagles job, says NFF
26 mins ago
The Nigeria Football Federation (NFF) says it has not received any application from former Super Eagles coach, Johannes Bonfrere, despite media reports that he has formally applied...

Nigeria
Residents groan as water scarcity hits Dutse metropolis
43 mins ago
Residents of Dutse, the Jigawa State capital are groaning over acute water scarcity, which has paralysed activities in the state.