‘I tell tales to lift African personality, culture’
3 days ago  Guardian Arts
1 of 10 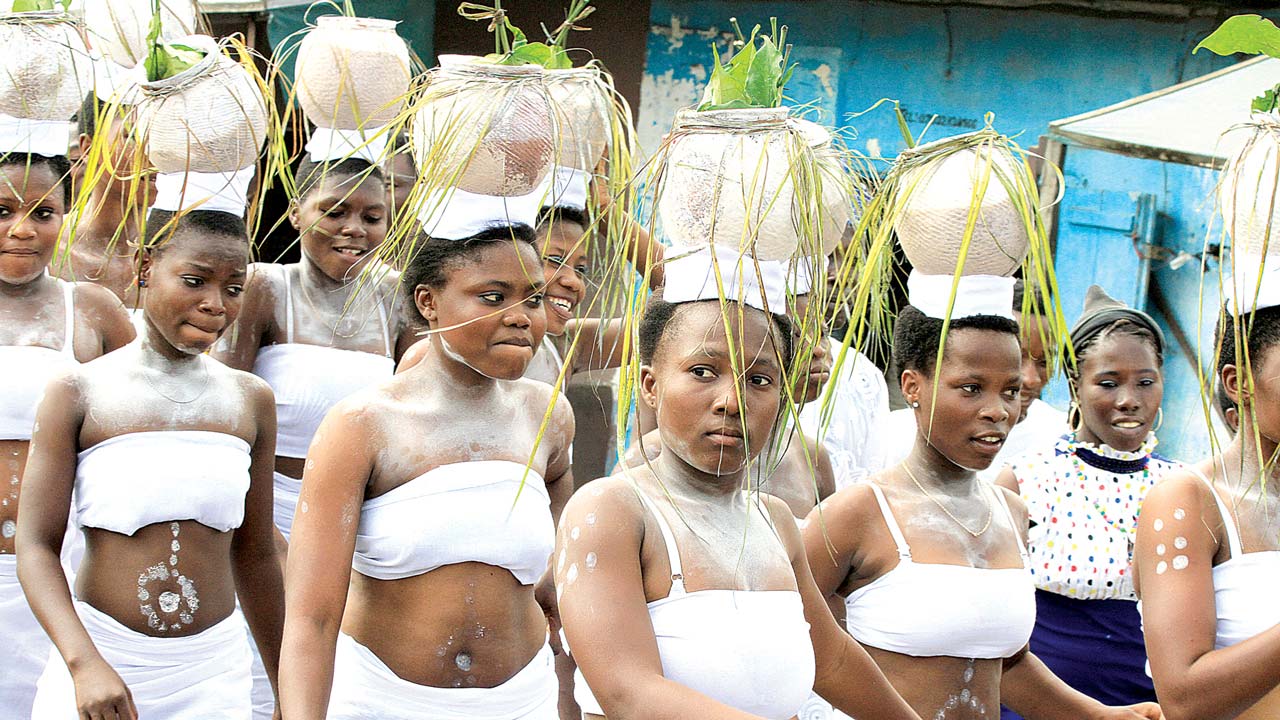 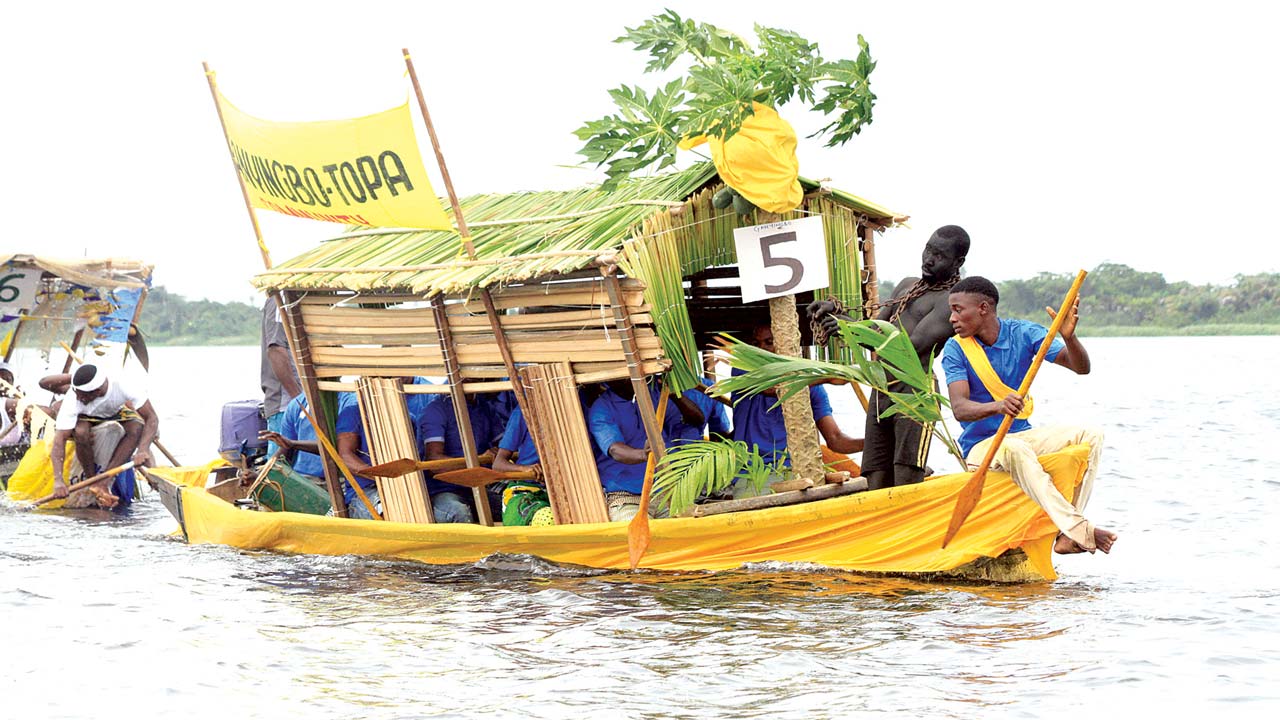 …Only Nigeria Yet To Have Agenda For Historic Diaspora Return

On Wednesday, May 3, 2017, Lagos State governor, Mr. Akinwunmi Ambode, played host to the committee on Diaspora Festival, Badagry 2017, led by the Senior Special Assistant to President Muhammadu Buhari on Diaspora and Foreign Affairs, Hon. Abike Dabiri-Erewa. It was the first time a governor of the state would demonstrate overt commitment and interest in a festival whose content, context and concept have shown so much potentials to open up the state to outbound tourists via the ancient city of Badagry, close to two decades now.

Earlier, Dabiri-Erewa and this author (founder of African Renaissance Organisation and organiser of Diaspora Festival, Badagry) had made presentations on the need for the state to blaze the trail in harnessing the benefits associated with Diaspora engagement and reintegration into the state’s socio-economic make-up and how international tourism would flourish with the festival. The governor had declared that Lagos remains the capital of the black states in the world and that the festival would do well to position the state for diaspora reconnection and eventual return. Ambode further declared the festival an elongated programme of the 50th anniversary of Lagos State, which he stated, shall continue until the end of the year and that Diaspora Festival, Badagry 2017, would form a cardinal part of the events commemorating the creation of Lagos State. The governor unequivocally expressed government’s commitment to recreating and developing potentials in Badagry and advised that a framework for its sustainability on an annual basis be put in place. Ambode then concluded by saying, “We’ll support everything that is Badagry!”

One cannot but applaud the governor’s uncanny ability and insight to decipher potentials and opportunities for growth and development where it seems unclear to others. Diaspora festival is a peculiar kind of festival that is a common phenomenon that has become a force in driving international tourism along the coastal states of West Africa. In Ghana, it is referred to as Pan-African Festival (PANAFEST); in Gambia, it is called Homecoming Roots Festival; in Senegal, it is Goree Diaspora Festival, and in Republic of Benin, it is referred to as Voodoo Pilgrimage Festival, to mention just few.

These festivals have been designed to attract the historic African diaspora back to their cultural and ancestral roots. The importance attached to the festivals by these countries is reflected in the fact that their respective Presidencies are involved in their organisation. This is premised on the history of enormous socio-economic opportunities and potentials the diaspora has come to symbolise for many countries across the globe. Many of these West African countries have created Ministries of Diaspora and Tourism for the purposes of diaspora engagement and building their economies through cultural connections.

The concept of diaspora is about ‘not being at home’ or ‘to scatter’, ‘to disperse’ and ‘to take root elsewhere.’ The formation of the diaspora is generally premised on dispersals of people into spaces, which could either be voluntary or forceful. In mapping the history of African Diaspora, three historical dimensions can simply be configured: the people of African descents that had migrated from Africa in the pre-historical period about 6 – 7 mya (millions) ago to populate other parts of the world (based on the proven hypothesis that Africa is the birthplace of humanity); second are those who were the consequence of forceful dispersals as a result of the Trans-Atlantic Slave Trade, starting from the 15th century; the third group are those Africans who found their ways in foreign lands as a result of failure of socio-economic and political order in their respective countries and the economic pull of the global North. As a fall-out of these historical trajectories, people of African descents are to be found today in all continents of the world.

It is, however, to be noted that these groups of African ‘emigrants’ have evolved and developed into both economic, technological, intellectual and social capital in their countries of residence. But inherent in the complexion of the diaspora is the fundamental issue of vestigial discrimination culminating in constant nostalgia to link up with the primordial or ancestral homeland as the ideal final home of return. Hence, there is always the element of personal or vicarious relations to the homeland development in an ethno-communal consciousness, though not all Diaspora share this ideology.

Therefore, beyond sending remittances and other indirect investment through stocks, bonds, and deposit accounts and the growth of specific sectors such as tourism or information technology through means other than direct investment, which have been very instrumental to economic recovery and development of many countries all over the world, the Diaspora can also promote trade and foreign direct investment, create businesses and spur entrepreneurship, and transfer of new knowledge and skills. In contemporary African socio-economic world that labours under lack of investment and international business acumen, lack of professional and technical skills, isolation from global networks of knowledge, and exclusion from global supply chains, proper and coherent Diaspora engagement policy can fill this vacuum and reposition Africa for global reckoning. The reason, therefore, is not far-fetched why the African Union in 2005 declared African Diaspora as the ‘sixth region’ of the continent. But much still needs to be done in this respect for Diaspora’s full integration.

The Diaspora Festival is, in itself, a global tourism product, which is sometimes described as ‘nostalgic tourism.’ It celebrates the identity, culture, history, heritage and tradition of a given people in a given destination, usually in the primordial homeland at a given period. In other words, Diaspora festival aggregates both the tangible and intangible cultural resources as expressed in the history, artifacts, monuments, places of memory, religion, topographical attraction and the rustic environmental ambiance of the homeland as instigator for homeland nostalgia or pull factors for the Diaspora temporal or permanent return. The festival is usually weaved around the tragic history of the Trans-Atlantic Slave Trade, as occasion to celebrate African history, freedom and achievement of the black race. Diaspora festivals all over the world are greatly influenced by the classical theory of the so-called ‘Solar System Model,’ which depicts Diasporic communities all over the world as ‘satellites’ or ‘a periphery’ that maintains an unswerving, positive attraction to the symbolic Centre (the Homeland), which is often perceived as the Cradle of their innermost being throughout history. In the contemporary African milieu, culture provides the strongest link between Africa and its Diaspora and this has become a veritable means to building their economies through cultural connections and reconnections.

The adoption of Diaspora Festival by Governor Ambode, with the symbolic Door-of-Return ceremony, as against Point-of-No-Return, a vestige of the infamous slave trade history in Badagry, is awesomely historic. The state will go down in history as the first in Africa to symbolically open its door to Diaspora return and engagement. In developing tourism, the state needs such a mega event as Diaspora festival or Diaspora tourism to drive and achieve its tourism development target as contained in the Lagos State Development Plan 2012 – 2015 of attracting 150 million annual tourists arrival and for tourism revenue to contribute 10 per cent to the state’s GDP. The state remains the most endowed in terms of tourism resources and, if fully harnessed and developed, will catapult it from its present 5th position to 1st economy in Africa in no distant future.

DIASPORA festival, as a nostalgic form of tourism, has the potentials to turn around the history of tourism in Lagos State. California is a state in the United States of America, whose economy is dependent virtually on tourism. Today, California is the 6th largest economy in the world. As a matter of fact, the economy of the global North is hinged 70 per cent on tourism. Tourism has become an integral part of the global economy that cannot be ignored. According to the 2016 World Tourism Organisation (UNTWO) Annual Tourism Reports, tourism contributed 10 per cent to global GDP, created 1/11 global jobs, and international arrivals rose to 1.2 billion. Only 50 million arrivals were recorded for North Africa and part of Sub-Saharan Africa, probably Ghana, Gambia and Senegal; Nigeria was not listed. Tourist exports globally generated $1.5 trillion, about 70 per cent of the world’s export, while tourism receipts at destinations all over the world hit a record of $1, 260 billion.

Lagos is well positioned for fantastic tourism development and a huge potential to become a major tourists destination in Africa with its socio-economic performance indicators of being host to over 2,000 industrial establishments, 10,000 commercial ventures, 22 industrial estates, responsible for 30 per cent of the nation’s GDP, and accounts for 80 per cent of national aviation traffic, 70 per cent of national maritime cargo freight, and 50 per cent of national energy consumption. What is more, with a population that hit 20 million in 2015, according to the UN, making it the third largest city in the world, and the socio-economic indices and demographic details enumerated above and the monumental efforts of the present administration towards infrastructural development, reclamation of marinas, security and the erection of world class statues in strategic centres in the state are steps consciously taken by Ambode to prepare the ground for a thriving tourism business in Lagos State.

However in his campaign promises, the governor intended to make Lagos State a major tourism and entertainment hub of Africa. This is conceived to be achieved through T.H.E.S.E (acronym for Tourism, Hospitality, Employment, and Sporting Excellence).

Therefore, the following are suggested towards this laudable direction: developing a tourism masterplan for Lagos State on divisional basis because the potentials vary; design a tourism policy that will foster continued tourism growth and motivate outbound tourism; stimulate human capital development in tourism training; designation of tourist destinations through identification and classification of tourism typologies according to the five divisions; designing, diversification and marketing of tourism products and events that will open up Lagos and make it attractive to both domestic and outbound tourists; development of tourism infrastructure and supper structures; strategic integration of private sectors to drive tourism in Lagos State and the inclusion of tourism in the state’s security planning.

Reining in Hepatitis: preventing and treating the hush killer among vulnerable populations in Kenya
2 hours ago
40 Per Cent of Children in Eastern and Southern Africa are not in School
2 hours ago
Coronavirus - Zambia: COVID-19 Statistics Daily Status Update (28 July 2021)
2 hours ago
Strengthening Market-led Digital Agriculture Platforms in Malawi
2 hours ago
Water and Sanitation on Declining KwaZulu-Natal Dam Levels
2 hours ago
The United States announces nearly $199 million in additional humanitarian assistance for the people of Somalia
2 hours ago
USAID Advances the Prosper Africa Build Together Campaign
2 hours ago