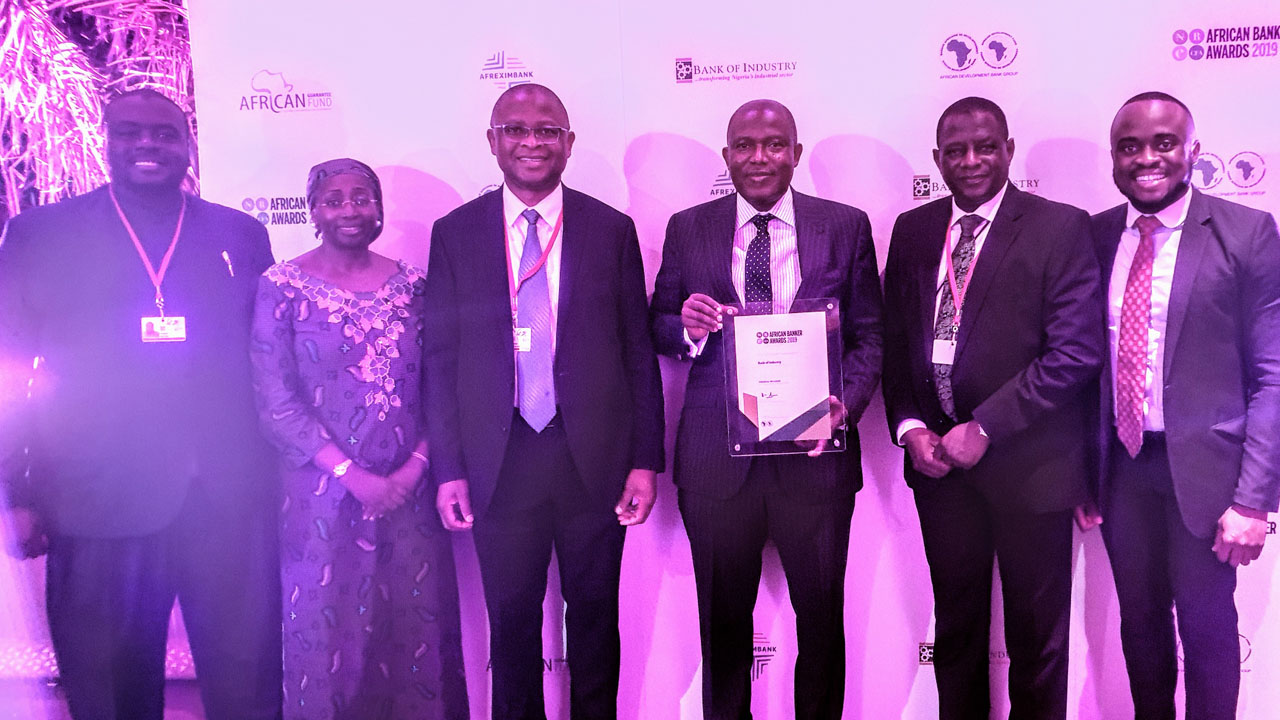 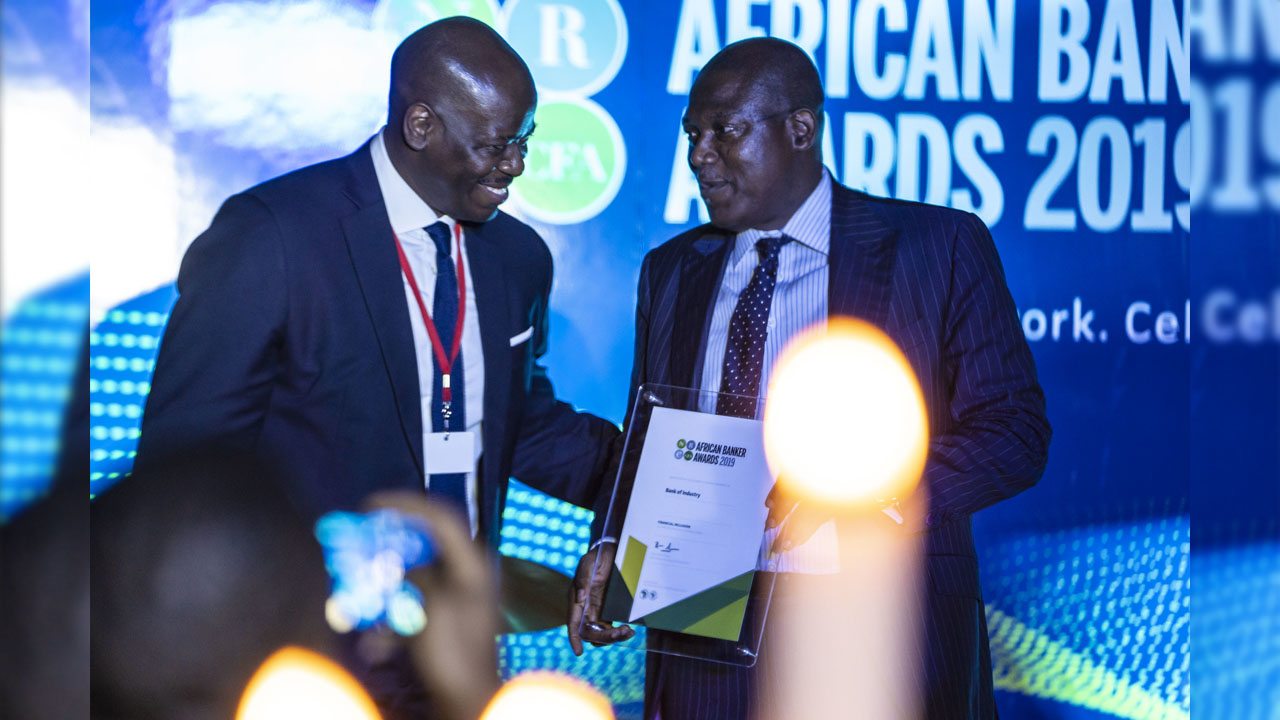 Scenes at the African Banker awards during day 1 of the AfDB Annual Meetings on 11 June 2019 in Malabo, Equatorial Guinea. (Photo by Chadi Ilias) 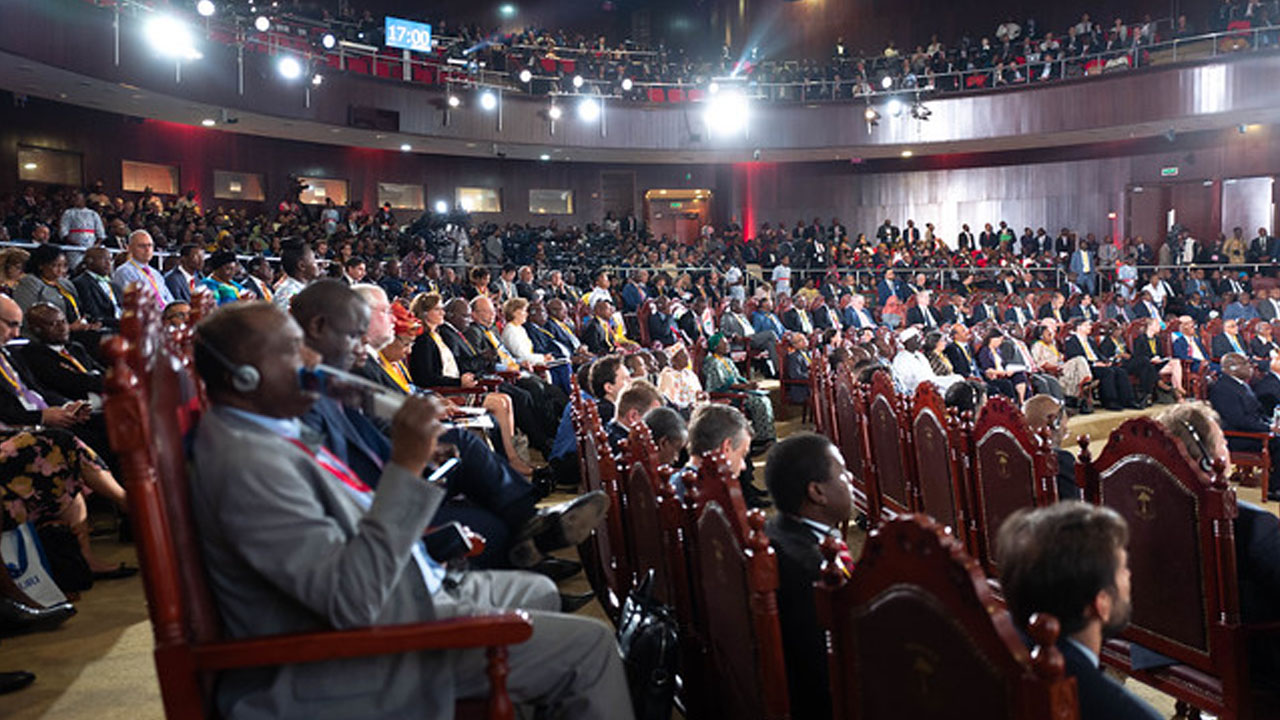 The opening ceremony during day 2 of the AfDB Annual Meetings on 12 June 2019 in Malabo, Equatorial Guinea. (Photo by Edouard Richard) 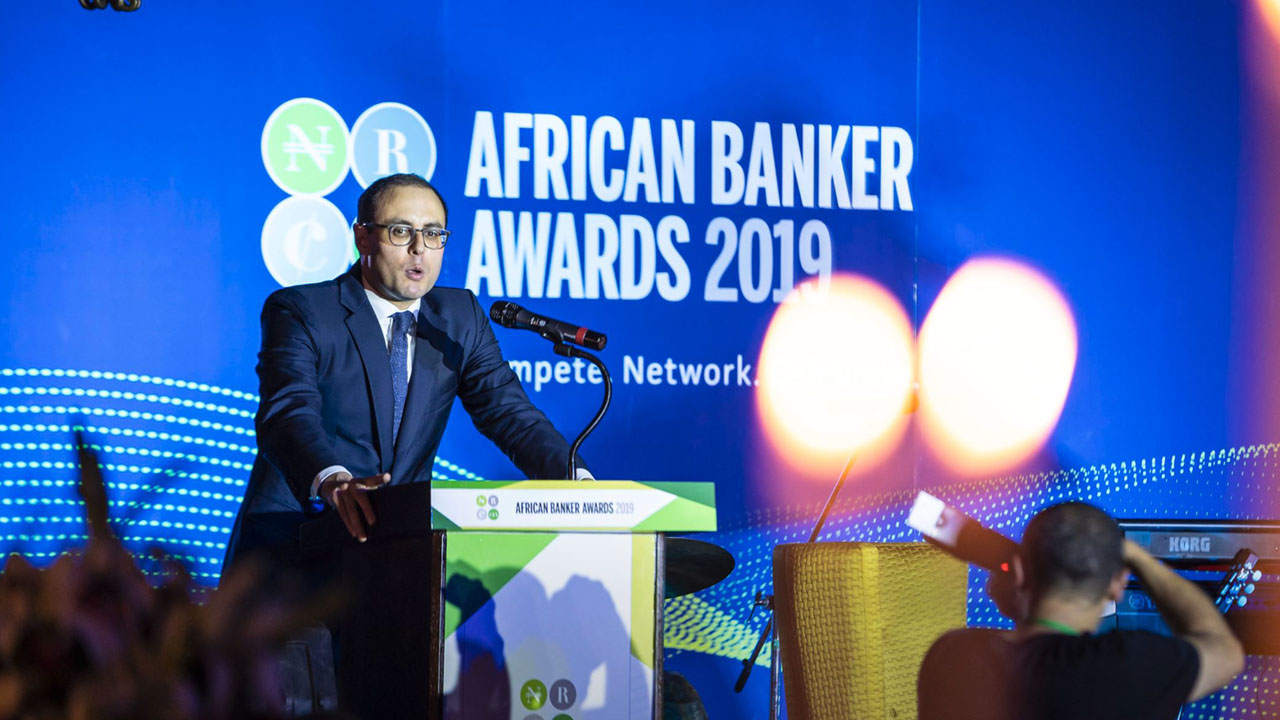 The Federal Government’s Enterprise and Empowerment Programme (GEEP) which is executed through the Bank of Industry has been recognized as the most impactful Financial Inclusion program in Africa.

The Bank of Industry was given the award at the African Bankers’ Awards ceremony which held in Malabo, Equatorial Guinea on June 14th, 2019, for its role in implementing GEEP, which includes the popular TraderMoni programme. The awards event featured financial institutions and projects from all 54 countries in Africa, as well as the international community; other award categories and winners at the event include: Investment Bank of the Year (ABSA Capital), Best Retail Bank in Africa (Ecobank ETI), Innovation in Banking (KCB – Kenya), Regional Bank of the year (East Africa – KCB, Kenya; West Africa – Orabank; North Africa – Banque de l’Habitat (Tunisia); Southern Africa – Mauritius Commercial Bank; Central Africa – BGFI, Gabon), Central Bank Governor of the Year (Tarek Amer, Central Bank Governor– Egypt) among others.

In the BOI delegation for the award ceremony included: Mr Olukayode Pitan – MD/CEO, Bank of Industry and other senior officials of the bank and the project.

GEEP, commenced in 2016, has empowered over 2 million micro-enterprises with collateral-free, interest-free loans to grow their businesses, making it the largest government-led microcredit program globally. The vast majority of these micro-enterprises are petty traders, merchants, enterprising youth, and agricultural workers in over 1600 clusters and markets across all 36 states of Nigeria, and the federal capital.

1. MarketMoni – a 6-month interest-free collateral-free credit starting from N50,000 to 100,000 for small businesses under the auspices of their cooperative societies or associations. Over 350,000 traders have benefitted from MarketMoni.

2. FarmerMoni loans start at N250,000 and are tailored to suit the peculiarities of the different planting seasons and farming requirements. About 5,000 farmers have benefitted till date. The program also includes a guaranteed off-taker which is sourced by the program. Examples of off-takers include Dangote, Nigerian Breweries, Flour Mills. People who commit contractually to purchasing of all produce for the purpose of local manufacturing.

3. TraderMoni, GEEP’s third product, provides loans starting from 10,000 to petty traders and artisans who do not have the business structure or inventory size for the other GEEP loan products. Over 1.7 million petty traders have benefitted from TraderMoni since its inception.
GEEP’s achievement – and continued mission – remains to provide access to finance, and sustainable financial inclusion, and to do this at scale. Over 52% of GEEP beneficiaries are female.

For most GEEP recipients, this would be their first use of formalized financial services (bank accounts, mobile wallets, agency banking). GEEP is designed to do last mile delivery of credit to this target group bearing in mind that:

1.Majority have not used financial services before
2. There is the inconvenience of going to the bank
3. There is a natural aversion to technology until proven useful

Based on this, BOI’s Micro Enterprises Division designed GEEP to deliver last mile credit delivery using an aggregation model that works with market cooperatives as the acquiring structure, and agent networks with technological tools. This group of GEEP agents is equipped with a proprietary application that enables full registration and capture of data e.g biodata, information on the market, nature of trader, pictures of trader and trade point, GPS coordinate of the trade point, association membership, and 43 other data points that enable credit assessment. Every day, this group of agents go into the markets to onboard beneficiaries. Data on every captured beneficiary is delivered to Bank of Industry real time to enable verification, appraisals and credit assessment. This is done by a call center staffed with over 120 agents and a number of officials.

Qualified applicants then get disbursements into their bank accounts or mobile wallets generated for them from the registration data. Every loan disbursed is booked automatically on a core banking system that is plugged to all commercial banks in the country, enabling beneficiaries to walk into any bank in the country and make repayments periodically over a 6-month period or to purchase scratch vouchers locally and pay via USSD. Upon completion of loan repayments, a subsequent loan offer is made via phone to the beneficiaries. The beneficiaries BVN is tied to all their financial instruments, and it serves as collateral for the loan.

Financial habits formed over a 6- to 9-month loan period do persist, thereby enabling beneficiaries to build a financial history and develop a savings culture and a track record to access several other financial services.

GEEP continues to push the boundary in delivering financial products and services to wider parts of society, particularly to the most disadvantaged and low-income segments, ultimately contributing to financial inclusion, development and growth.

Over 1.5 million of the 2million GEEP beneficiaries are first-time beneficiaries of credit from a formal financial lender. Also, working with over 4,000 agents and 15,000 cooperatives in more than 1,600 markets across the 36 states and the FCT, the program has seen the detailed enumeration of over 7 million MSMEs and their owners.

GEEP is beyond a social good. It is a matter of economic security. It is a more direct effort of the current administration, through the office of the Vice President, to break the multi-decade jinx of economic growth without shared prosperity. MSMEs (predominantly informal microenterprises) contribute 76% of Nigeria’s GDP and 60% of labour. Yet 85% of these enterprises cite “access to finance” in their top three challenges, as only 0.4% of banking loans in 2017 were lent to this microenterprise segment. GEEP’s beneficiaries are of this segment often-neglected by traditional banks unwilling or unable to handle scale and informality. They are the Nigerians for whom ₦10,000 to ₦300,000 represents a complete turnaround in their businesses and livelihoods. And with the power of biometrics, a BVN as digital collateral, mobile data capture, mobile wallets, and a 4000-strong agent network, GEEP is able to properly target, document, profile, and deliver credit to over 2 million people in this demographic. The programme aims to reach 10 million people by 2023.