Border reopening, smuggling as demotivation to agribusiness
20 hours ago  Features
1 of 10 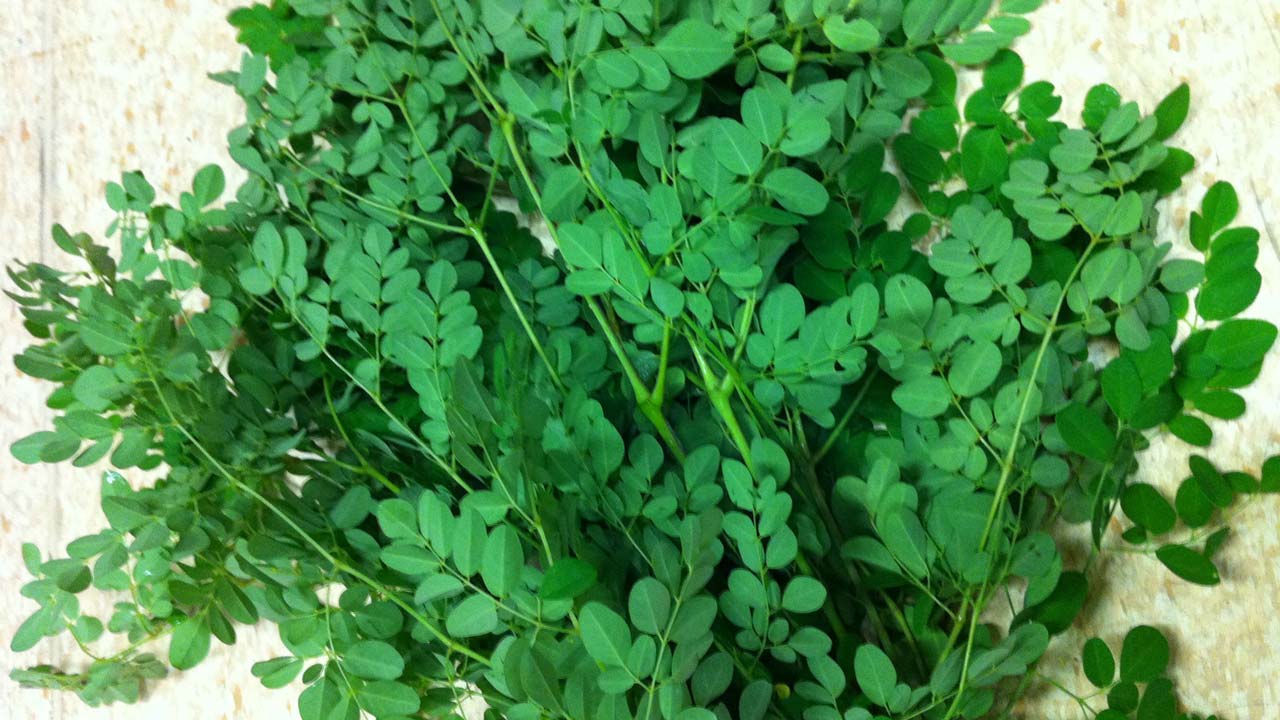 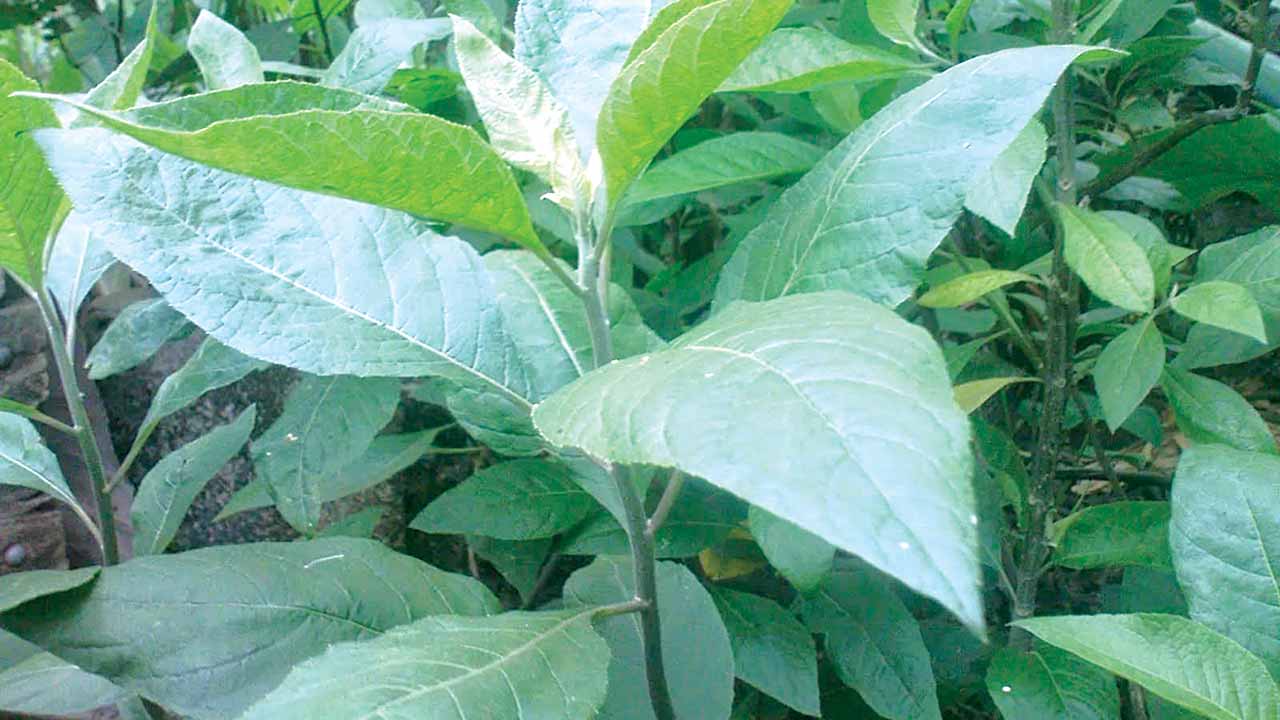 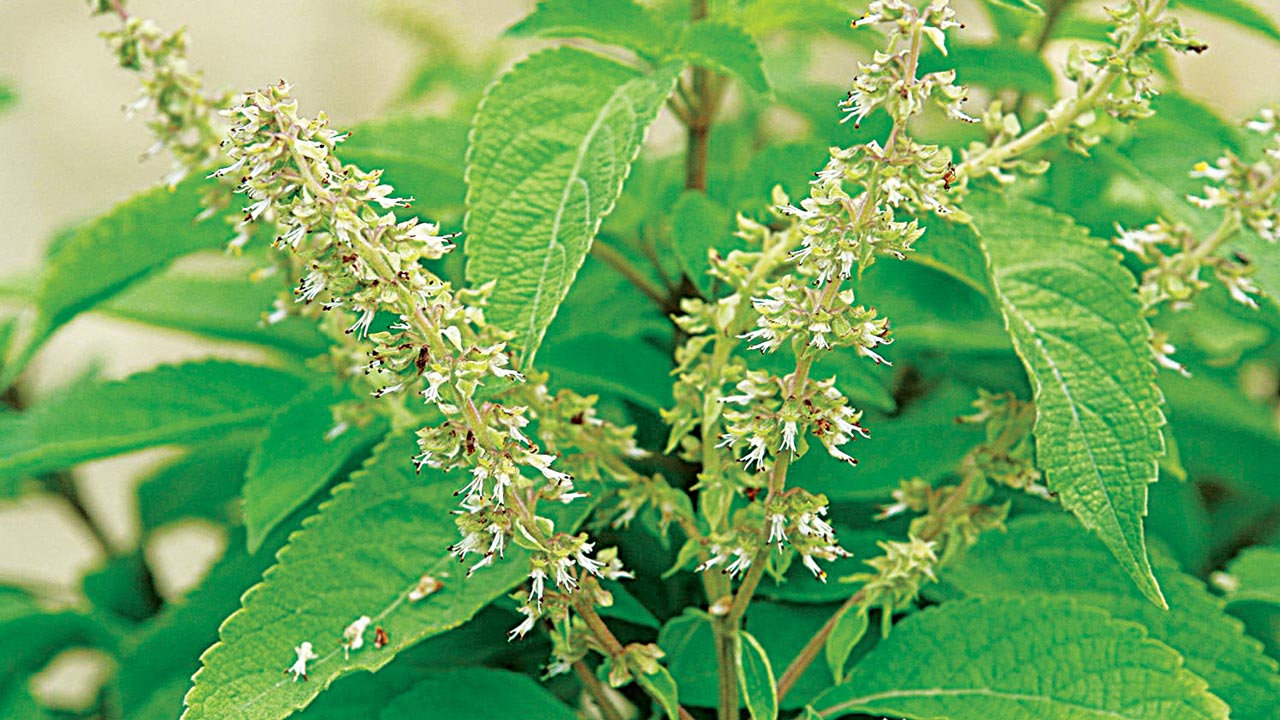 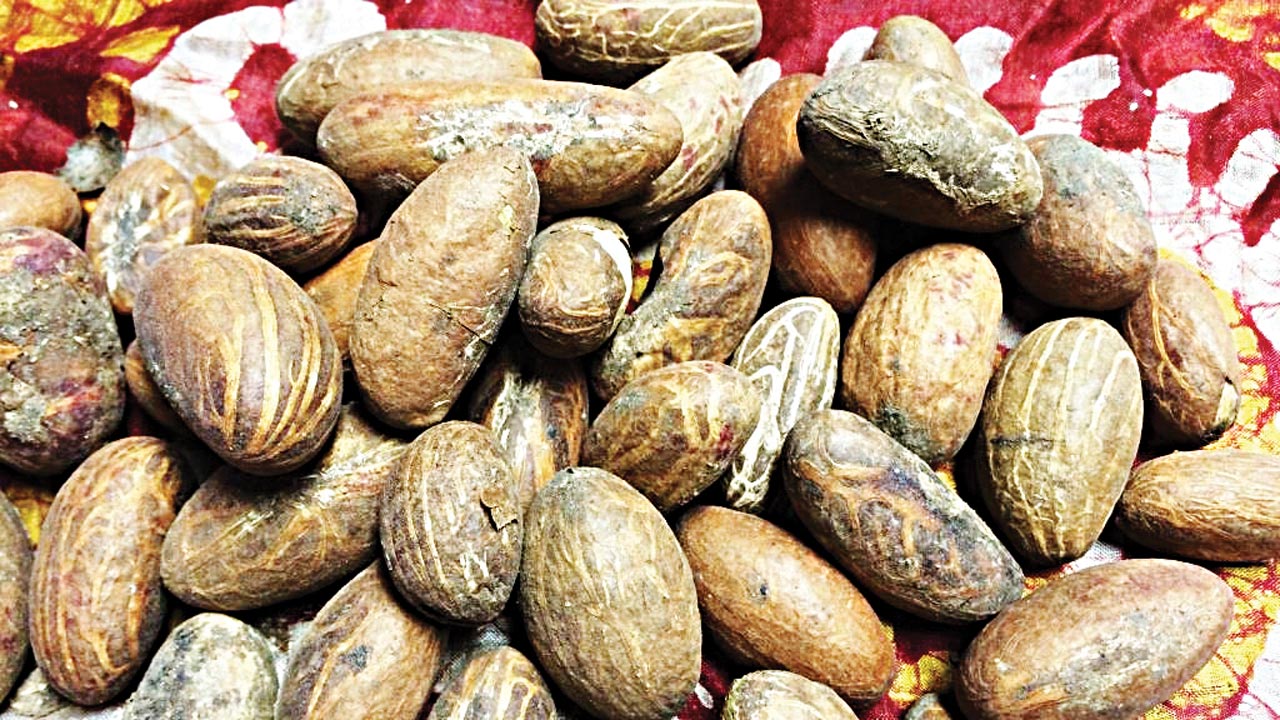 Standardisation is the process of implementing and developing technical standards based on the consensus of different parties that include firms, users, interest groups, standards organizations and governments. Standardization can help to maximize compatibility, interoperability, safety, repeatability, or quality.

A member of the ARSO Committee and author of Food as Medicine: Functional Food Plants of Africa, Prof Maurice Iwu, told The Guardian that the body has committees in so many thematic areas.

Iwu, who is a professor of pharmacognosy and the Chief Executive Officer (CEO) of Bioresources Development Group (BDG) explained: “The Technical Committee 13 deals with African Traditional Medicine in its wide context, which includes both the practice, products and science of it. So Nigeria has a national mirror committee (NMC) made up of Nigerian experts and we have representative from Nigerian Medical Council, Veterinary Council, the various schools of pharmacy, some pharmaceutical companies, a lot of scientists are involved. Of course the parent government agency that supervises this, the Standard Organisation of Nigeria (SON). We also have the Raw Materials Development Council, the Nigerian Institute of Pharmaceutical Research and Development (NIPRD) Abuja, the Nigerian Natural Medicine Development Agency (NNMDA) Lagos. Almost all the government agencies that have something to do with natural medicine are involved. So we sit down to do meticulous work of developing standards that can be utilized both by the practitioners and by the scientists and by those in commerce.

“… One thing is to have those pharmacopeia which is just a colation of information on those plants. But to develop standards is the ultimate, it is a very higher step. That is why we consider this a very important national assignment.

“But for the first time, courtesy of the SON and the Imo State government, we are now going to meet in Owerri on 18th to 19th May. It is a small committee of about 30 persons where we will brainstorm and discuss the issues that are pertaining to those standards Nigerian has proposed, we just have to provide some documentation of information and our colleagues from other parts of Africa will either add or subtract and it becomes the official standard of the African Union.”

Iwu said the NMC is proposing the ten plants from Nigeria, which are exhaustively captured in Food as Medicine: Functional Food Plants of Africa to the African pool. The pharmacognocist said the book is available online through: amazon.com and crcpress.com.

He further explained: “All together we have done the conceptual aspect of African traditional medicine, methodology and practice. Those standards have been developed. We have also developed standards of four plants so far in the entire continent but we are taking it one step further by now having Nigeria as a country propose ten plants, which have been accepted by our colleagues that those ten plants are worthy to be developed into standards and then those standards become what will be used as quality standards.”

On what informed the choice of these plants, Iwu said: “They are those that have been well researched on, those that we have data on, those that also have more impact both economic, social, financial and health impact. Health impact is in two ways either it is such as important plant that if you don’t know the standard it could be harmful. In all you want to be careful. Like me give you an example, one of the plants we are developing standards for is called African bush mango (Irvingia gabonensis), which is now a drug in use in Europe for slimming for weight loss, which is called Ogbono here. To the layman, Ogbono is Ogbono. But for scientist we now have Ogbono and we have Ugiri. Ugiri’s fruit is sweet but Ogbono’s is not. So you have to be able to differentiate the two and create standards.

“Because of the absence of standards a lot of people sell products overseas that are not authentic and then that gives the industry a very bad name. The New York Arthoney General’s office reported cases of people not from Africa but from Asia who claim that the products they supply to health food materials overseas contain Irvingia gabonensis but they found it didn’t contain any such. There is also another plant in that list called Prunus Africana. It is one of the few plants that are in the red list of the IUCN (International Union of Conservation of Nature). IUCN has these lists of plants that are prohibited, you cannot trade with and you cannot move them between boundaries and so on. This one of the classical drugs for prostate enlargement and it sells almost as costly as gold. It is a common plant in Cameroon and South East of Nigeria particularly the Ugep, Ikom and upper mountainous regions of Nigeria.”

Moringa oleifera
Commonly known in the English language as the ben oil tree, the horseradish tree, or the drumstick tree, Moringa oleifera belongs to the plant family Moringaceae.

Moringa flowers boiled with soymilk have always been thought to have aphrodisiac quality.

News reports say that studies of the Bureau of Plant Industry (BPI) showed that a steady diet of the Moringa fruit boosts the sperm count of men, which improves their chances of fertilising an egg.

Moringa can also detoxify the body given its ability to purify water by attaching itself to impurities and harmful bacteria and allowing them to be expelled as a waste.

There is a growing global interest in the use of Moringa to address malnutrition because it is readily available and inexpensive. In Africa, it has become popular as a locally produced nutritional supplement for individuals infected with the Human Immuno-deficiency Virus (HIV)/Acquired Immune Deficiency Syndrome (AIDS) virus. Nursing mothers have shown to produce far more milk and malnourished children gained more weight after the leaves were added to their diets.

Nigerian scientists have confirmed in clinical settings and in animal models that eating moderate quantities of bitter cola does not just enhance sexual activity but have clinically significant analgesic/anti-inflammatory effects in knee osteoarthritis patients.

Nigerian scientists have also patented eye drops made with bitter kola for preventing blindness in patients with glaucoma.

Also, a phytochemotherapy (treatment based on plant chemicals) for cancer made from aqueous extracts of leaves of Bitter leaf, collected in Benin City, has received a United States Patent 6849604.

The roots and leaves decoction of Bitter leaf has also been shown to increase uterine contraction and motility for safer childbirth. It is traditionally used in western Uganda to treat various ailments such as treatment of painful uterus, inducing uterine contractions, management of retained placenta and post partum bleeding, malaria, induced abortion, antimicrobes (bacterial and fungal infections), infertility, colic pains and treatment of irregular and painful menstruation.

Earlier studies suggest that eating cashew fruit, nuts and extract of the leaves and bark may be the key to beating high blood pressure, thrush, tooth and gum disease, diabetes, diarrhoea, dysentery and haemorrhoids.

A 2006 study indicates that eating a diet rich in cashew nuts improves the sensitivity of a key reflex for maintaining healthy blood pressure known as the baroreflex. It has also been shown that gram positive bacteria, which cause tooth decay, acne, tuberculosis, and leprosy are killed by chemicals in cashew nuts, cashew, apples, and cashew shell oil.

Scent leaf is a relatively well-studied herb, with research that has demonstrated that it can radically and speedily improve anxiety and depression, and reduce stress – both physical and emotional.

Traditionally, Ocimum gratissimum has been used for the treatment of headache, diarrhoea, wart worms and kidney infections. The leaves of the African varieties of Ocimum gratissimum are said to contain thymol oil, which has been found to be highly antiseptic and also used to prevent mosquito bite.

In Nigeria, it is pekpeara in Nupe; ugiri (tree or fruit) or ogbono (kernel or seed) in Igbo; oro (the tree) or aapon (the kernel) in Yoruba; ogwi (the tree or fruit) in Benin; goron or biri in Hausa; uyo in Efik.

Dioscorea bulbifera
Dioscorea bulbifera (commonly known as yellow yam, the air potato, air yam, bitter yam, cheeky yam, potato yam) is a species of true yam in the yam family, Dioscoreaceae. Yellow yam has been used as a folk remedy to treat conjunctivitis, diarrhoea, and dysentery, among other ailments.

Prunus Africana
It belongs to the Rosaceae family and it is also called the red stinkwood tree. The plant is called stinkwood because it has wood with an unpleasant odour. The The dull gray to brown bark is pulverized by the traditional healers and used to treat a number of health conditions including Benign Prostatic Hyperplasia (enlargement of the prostate) among males over 40 years old, erectile dysfunction, urinary tract disorders, kidney disease, male baldness, stomach upset, chest pain and inflammation. The bark is also used in the treatment of stomach ache and wound dressing. Apart from the bark, the leaves of Prunus africana are also used to treat some diseases. An infusion of the leaves is traditionally used to improve appetite, treatment of genital infection and hirsutism (a condition of unwanted, male-pattern hair growth) in women.

The bark is also sought as an aphrodisiac to enhance vitality and sexual power especially among the males.

The multiple uses of Prunus africana for traditional medicine is not surprising since scientific studies have shown that it has various bioactive substances with anti-inflammatory, anticancer, antiviral, and antimicrobial effects. Some of the bioactive compounds identified in Prunus africana are triterpenes, sterols, coumarin, and flavanoids that have been known to have vital medicinal properties for the claimed health conditions.

Prunus africana is a wonder medicinal plant species that has the potential to save the world from the current global deadly disease called prostate cancer.

The fruit pulp, seeds, leaves, flowers, roots, and bark of baobab are edible and they have been studied by scientists for their useful properties. The fruit pulp have very high vitamin C, calcium, phosphorus, carbohydrates, fibers, potassium, proteins and lipids content, which can be used in seasoning as an appetizer and also make juices. Seeds contain appreciable quantities of phosphorus, magnesium, zinc, sodium, iron, manganese, whereas they have high levels of lysine, thiamine, calcium and iron. Baobab has numerous biological properties including antimicrobial, anti-malarial, diarrhoea, anaemia, asthma, antiviral, anti-oxidant and anti-inflammatory activities amongst others. Phytochemical investigation revealed the presence of flavonoids, phytosterols, amino acids, fatty acids, vitamins and minerals.

Another study by the same team of researchers found that the polyphenols present in hibiscus leaves may inhibit growth of and destroy melanoma cancer cells without damaging healthy human skin cells.