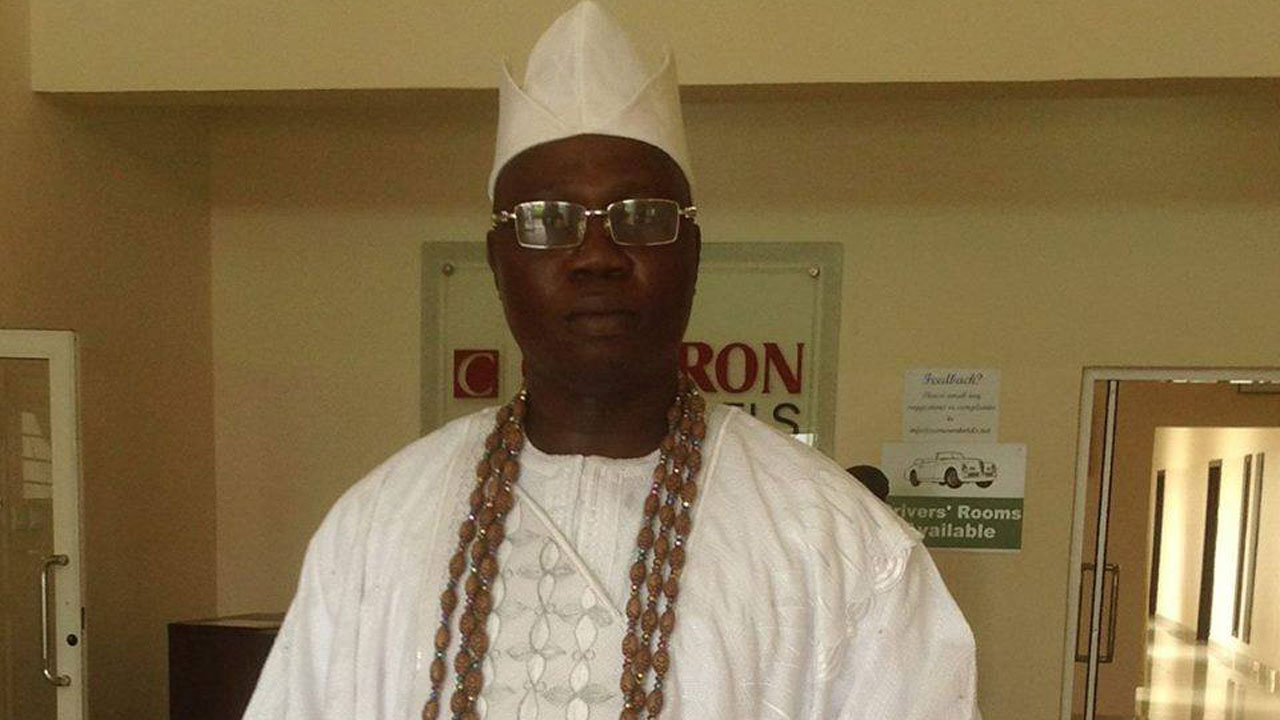 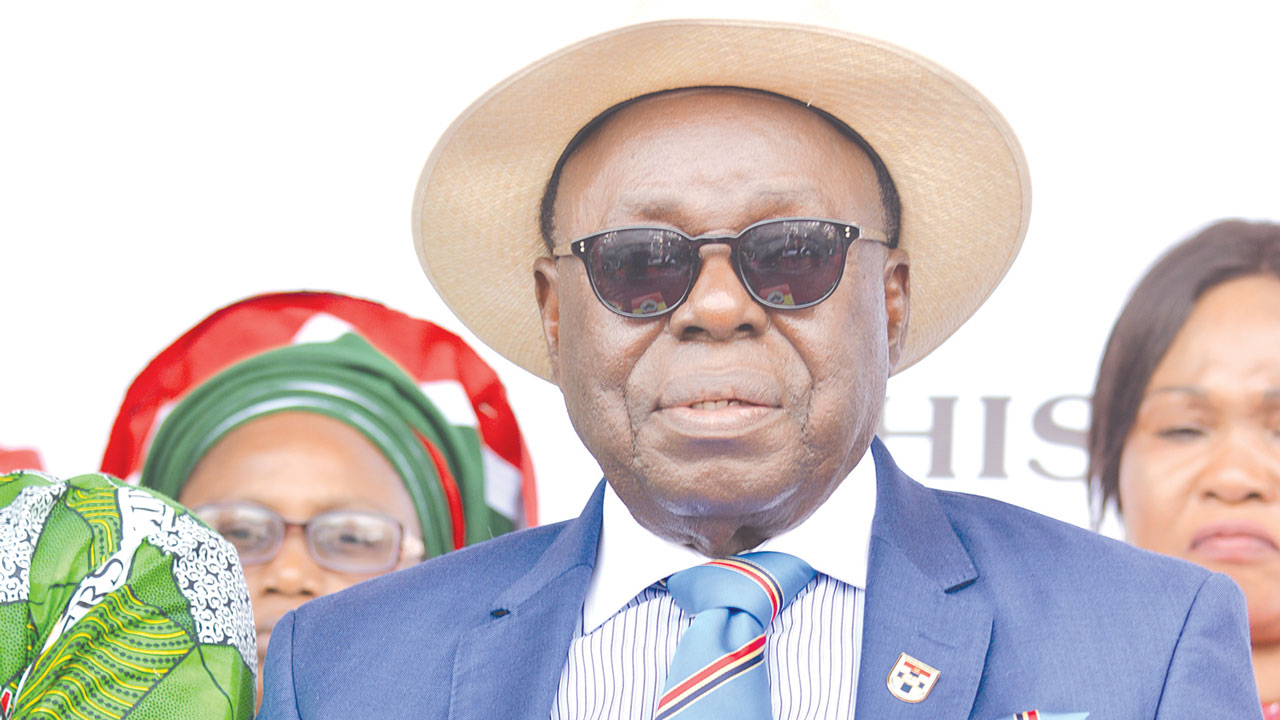 Tongues have been wagging and indeed, there has been babel of words, since Iku Baba Yeye, Alase, Igbakeji Orisa, the Alaafin of Oyo, Oba Lamidi Olayiwola Adeyemi III, named the O’odua People’s Congress, OPC, chieftain, Otunba Gani Adams, as the 15th Aare OnaKakanfo of Yorubaland.

For those who may not know, Aare Ona Kakanfo is the Generalissimo of Yoruba race, Field Marshall for the vast Empire of the Alaafin, the portfolio held by the following, Afonja, the Founder of the modern day Ilorin, Obadoke Latosa of Ibadan, the tormentor of Efunsetan Aniwura, the last Premier of Western Region, Ladoke Akintola of Ogbomoso, and lately the late aristocratic business plutocrat, Bashorun Moshood Kashimawo Abiola, with effect from Saturday, January 14, 1988 when he was installed as the 14th Aare Ona Kakanfo.

While there has been a flood of congratulatory messages by well-meaning Yoruba sons and daughters to celebrate the nomination of Adams, others have been busy criticizing it on several grounds. Some have gone as far as suggesting the names of some other frontline Yoruba sons who they reason are more deserving of the title of Aare Ona Kakanfo.

Others posited that there would be constant friction and acrimony between Babalola and Adams, the former having been installed the Aare Bamofin of Yorubaland on July 13, 2008. But all of this was laid to rest at the 1st South-West Stakeholders Summit put together by the South-West Patriots Movement (YPM) which took place in Abeokuta, the Ogun State capital, on Tuesday, November 7, 2017.

Adams had come into the Cinema Hall of the Olusegun Obasanjo Presidential Library, OOPL-venue of the Summit with his retinue of lieutenants while Babalola was already delivering his paper. Babalola paused and allowed Adams to settle down on his seat on the top table which was peopled by some leading lights and generational giants in the Yoruba nation. As if that was the opportunity he has been waiting for, Babalola quipped:

“The Chairman, Ladies and gentlemen, I have been watching with keen attention the many questions being asked and the many comments being made about the nomination of Otunba Gani Adams as the 15th Aare Ona Kakanfo of Yorubaland by the Alaafin of Oyo, Oba Lamidi Olayiwola Adeyemi III”.

He added:
”The truth and the reality of the matter is that both of us are occupying different seats of honour in the Yoruba nation. He has been most deservedly nominated as the Aare Ona Kakanfo of Yorubaland while I had long been installed as the Aare Baamofin of Yorubaland. Whereas Otunba Gani Adams is the Generalissimo of Yoruba race, the Field Marshall for all descendants of Oduduwa,I am the Aare Baamofin of Yorubaland, the Generalissimo of Law, a title which was bestowed on me by the Alaafin in appreciation of my using the instrumentality of law to ensure that the late Bashorun M.K.O. Abiola was made the Are Ona Kakanfo”.

Following the scheming machinations by Asipa and his cohorts to stall MKO’s installation as the Aare Ona Kakanfo, Oba Adeyemi, Babalola’s long standing friend, confidant and client, contacted him in the afternoon of Tuesday the 10th January 1987 and briefed him that Asipa had filed an action supported with an exparte motion to restrain the installation of Abiola as the Are Ona Kakanfo. Babalola raced to Oyo High Court within one hour. He filed objections to the case. The case was heard on Wednesday and Thursday the 11th and 12th of January, 1987 and judgment delivered on Friday the 13th of January, 1987 in favour of Alaafin and Abiola. The intriguing thing about the case was that the Alaafin could not come to court to listen to the judgment because he didn’t know wither way the pendulum of justice would swing.

After judgment was delivered in favour of the installation of Bashorun Abiola as the Aare Ona Kakanfo, Babalola was carried shoulder-high from the court to the palace of the Alaafin where he met him in the company of his chiefs. The Alaafin hugged Babalola and in a rather emotional tone said that it was a case of conspiracy. That case, according to Babalola, was a milestone case and remains ever happy he won that case because only God knows what would have happened in Oyo and indeed Yorubaland if the reverse had been the case.
The importance of the case was that as recent as July 22 this year, the whole process was reproduced beautifully in the blog of Onigegewura and titled “The Untold Story of how Abiola was nearly prevented from becoming the generalissimo”.

No wonder, the Alaafin once had this to say about Babalola:“…He is a foremost legal luminary whose life is all about Law. When you engage him in intellectual discussions, you would see how deep and knowledgeable he is. He knows all that needs to be known in Law. His confidence is boosted by his competence”

The Royalty added: “He is a diligent and brilliant scholar of Law, a hard working Jurist, a living encyclopedia of the rules of the court and a master of the techniques of legal rigmarole”.

The Aare Ona Kakanfo/Aare Baamofin controversy reminds one of what obtains in modern day administration of Ilorin Emirate. Whereas the Emir of Ilorin is the head, he has six lieutenants, Balogun Ajikobi, Balogun Alanamu, Balogun Gambari and Balogun Fulani and Mogaji Aare as well as Babasale, who administer different parts of the Emirate and report to the Emir at the Centre. If there had been no frictions among the six lieutenants of the Emir of Ilorin in the administration of the Ilorin Emirate, there can’t be any between the Aare Ona Kakanfo and the Aare Baamofin of Yorubaland. Indeed, both will work harmoniously in furtherance of the good people of the Yoruba nation.

Appointments
Why industrial crises may persist this year, by NASU
1 Jan 1970
Industrial stability in the education sector this year will solely be dependent on the implementation of the tenets of the negotiated agreements with the organised labour, the Non-Academic Staff Union of Educational and Associated Institutions (NASU), has said.
Sport
Lewandowski, Putellas take top FIFA 'Best' awards
2 hours ago
Bayern Munich's record-setting striker Robert Lewandowski retained FIFA's top men's player title Monday at "The Best" of 2021 ceremony as Barcelona captain Alexia Putellas collected the award for best women's player.
World
At least 26 killed in Afghan earthquake
3 hours ago
At least 26 people were killed after an earthquake hit western Afghanistan on Monday, an official said.
Sport
Aboubakar scores again as Cameroon joined by Burkina Faso in last 16
3 hours ago
Cameroon captain Vincent Aboubakar scored his fifth goal of the Africa Cup of Nations as his already qualified side were joined by Burkina Faso on Monday in the second round.
AMA Press Releases
New media initiative to put global media’s coverage of Africa under the spotlight
4 hours ago
JOHANNESBURG,South Africa, 16 January 2022/African Media Agency (AMA)/ – The New York-based The Africa Center, narrative change organisation Africa No Filter, Media Monitoring Africa and the University of Cape Town (UCT) have joined forces to develop the Global Media Index that will track and measure the way Africa is covered by top global media outlets.  The Global…

Nigeria
Lagos needs $15b for infrastructure, says Sanwo-Olu
19 Nov
Lagos State Governor, Babajide Sanwo-Olu, has disclosed that the infrastructure needs of the state, in the face of rising population and limited geography, exceed $15 billion.

Nigeria
Police debunks Gani Adams’ claim of bandits relocation to kwara
1 Dec
The police command in Kwara says there is no relocation of bandits or kidnappers to the state as claimed by Are Onakakanfo of Yoruba Land, Chief Gani Adams.