#BlackLivesMatter: The Protests Are Louder And Longer This Time Around. Here’s Why

By Adeola Adeyemo
Share on Facebook Share on Twitter Share on WhatsApp Share on Telegram
In America, the stark cruelty of the video of George Floyd’s killing beneath a white police officer’s knee was the peak of a perverse constellation of racial injustice that sparked swelling protests across the country. In Nigeria, the rape and brutal killing of Vera Uwaila Omozuwa, a 22-year-old microbiology student inside her local church propelled…

In America, the stark cruelty of the video of George Floyd’s killing beneath a white police officer’s knee was the peak of a perverse constellation of racial injustice that sparked swelling protests across the country. In Nigeria, the rape and brutal killing of Vera Uwaila Omozuwa, a 22-year-old microbiology student inside her local church propelled and unprecedented wave of allegations against rapists and sexual offenders.

As a Nigerian woman living in America, I am broken by these two isolated but comparable events. There was no ambiguity in that video. An unarmed black man in Minnesota who posed no threat begged for his life for almost nine minutes as bystanders who tried to interfere were told to stay away. If that horror had not been captured on video, Floyd’s legacy would probably have been read as a black man who died while resisting police arrest. But it was,
giving the world a modern-day view of a visceral execution. 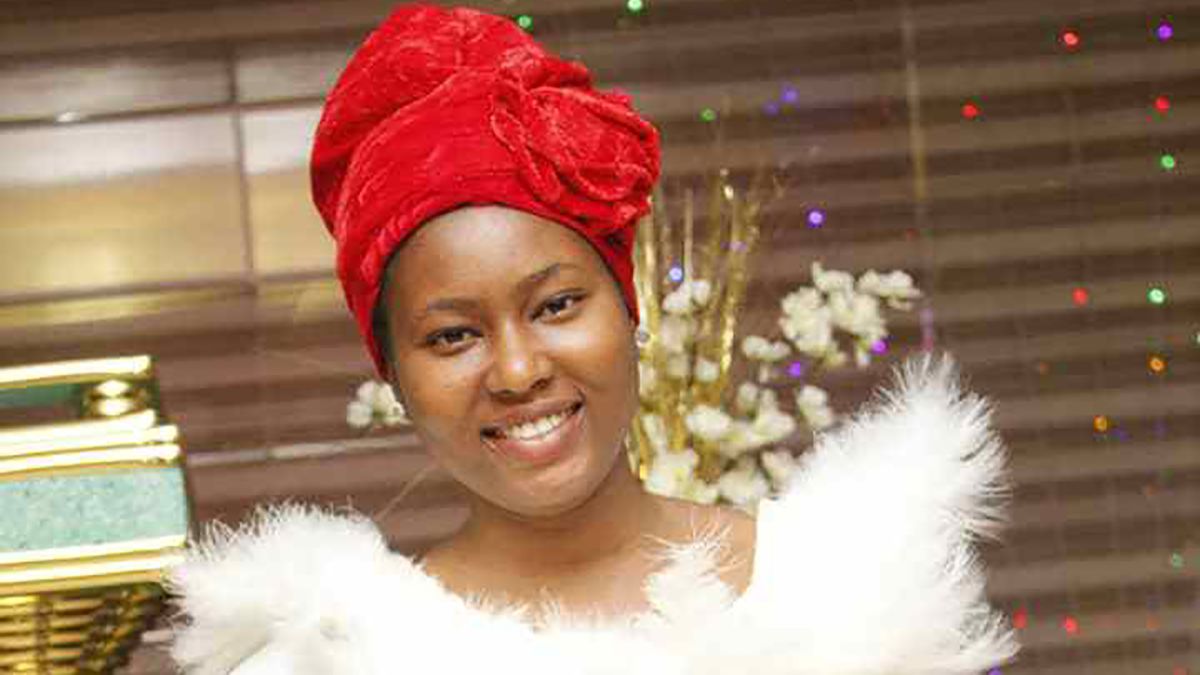 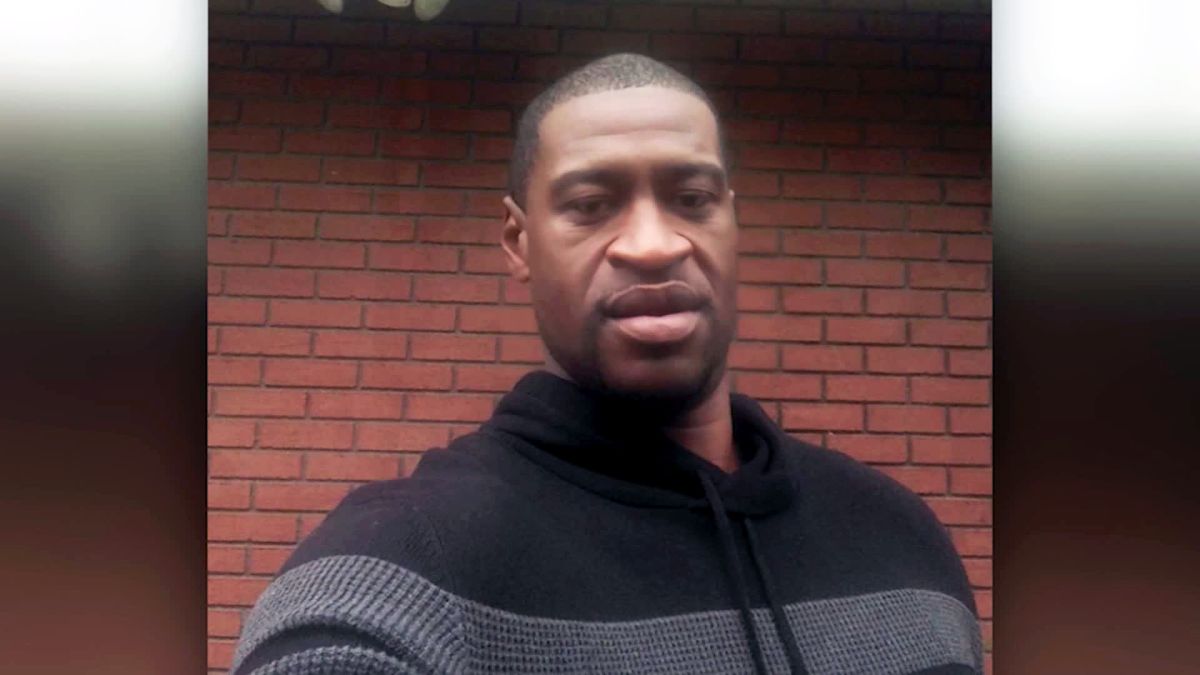 Uwaila’s rape and murder did not have a compassionate audience, but her death stung all the same. The promising University of Benin student was described by her father as “intelligent and disciplined”, and the celebration of her recent admission into the university was still fresh in their memories. What was supposed to be a private study time in a quiet church turned out to be a blood bath.

These tragedies reek of all the regular culprits: injustice, racism, patriarchy, insecurity, violence, slavery, inequality, stigmatization and many more. The stench is so strong, it has awakened millions across the world to a revolution. White people have realized that the weight of their silence is just as deadly and they are protesting, taking the knee, washing black people’s feet, demanding an end to systemic racism. Nigerian women and girls have
shrugged off the unfounded stigma that is still unfairly connected to victims of rape and are calling out their abusers, demanding justice, actively seeking prosecution of rapists. From Benin to Minneapolis, from the oppressed to the oppressor – and everyone in between – the world is choosing a radically different path forward that would definitely make its mark in the books of history.

But, why now? Why did it take so long for us to fight? Why is the elevation of emotion particularly strong at this time? Why is the world uniting in a concerted, continuous outcry?
Racism and police brutality in America is not the exception, it has for centuries been uncomfortably regarded as the norm. Remember Breonna Taylor, Ahmaud Arbery, Freddie Gray, Eric Garner, Trayvon Martin and countless others whose names speak to the shame of the American slave history.

Rape and sexual molestation of women and girls in Nigeria have its roots deep in patriarchy, illiteracy, and a criminal justice system that is inherently flawed. Women are subjugated and girls are silenced, their voices are too irrelevant to be noticed, their bodies are merely sex objects in the hands of their molesters. Before Uwa, there was Jennifer, an 18-year-old who was allegedly attacked and raped by a gang of five men in Kaduna, and countless others. From babies to pregnant women to the elderly, Nigerian women have faced the worst kind of gruesome ordeals.

Prior to this wave of protests and social media hashtags calling for justice, the news was saturated with the importance of avoiding mass gatherings and large community events as a recommended action for preventing the spread of COVID-19. To enforce this, cities were shut down, borders were closed, governments implemented stay-at-home orders for much of the world’s population in an effort to flatten the curve of infection. The US surpassed
100,000 confirmed coronavirus deaths on May 27, yet, an even larger number of people have trooped to the streets across the country to protest a long history of racist policing, violence and inequality. Concurrently, in Nigeria, the pandemic is surging as all major cities have recorded positive cases. But this has not stopped the upheaval that has sliced through a world already stricken with anger and anxiety.
This sends a very symbolic message that protests are fueled by rage, not reason. This racial injustice feels very present, this rape crisis is stifling, and we simply cannot postpone our reaction to a more convenient time. The world has realized the danger of stumbling around the issue of systemic racism and rape. We have to barge our way through it.

All through history, mass movements have been credited as a major catalyst for radical change. Any result short of radical would fall flat on its face. Emotions are raw as the pandemic and protests continue playing out in tandem. The fact that we have fewer distractions in our daily activities – from work, school, social gatherings and more – has made the unresolved and unaddressed disadvantages more vivid. We are now more sensitive to what is going on as we have freed up space in our minds to be our best selves. As Floyd was laid to rest in Houston, Texas, one of America’s most revered civil rights leaders Rev. William Lawson asked the most important question: “Is this going to be just like so many other movements, a moment of anger and rage and then back to business as
usual?”

Perhaps, not this time. Power concedes nothing without a demand. It is pertinent we maintain our determination to make a difference.

Music
AFRIMA 2021… Day African Stars Came To Town
37 mins ago
It was nearly 9:00 p.m. and the screams nearly threw one off the seat. In a flash, the entire auditorium was agog with excitement as the Rexxie-produced groove anthem, Ko Por Ke, rented the air.

Film
Chris Ihidero Serves Man Pikin
2 hours ago
Titled Man Pikin, the 26-part series was created and produced by Ihidero, one of the most respected TV writers and producers on the continent, and owner of PinPoint Media, a Nigerian film and media company working to industrialize content creation and distribution in Africa.

Music
Afropop Teen Star, Phatiah Returns With 0
2 hours ago
Over the last three years, the scope of Nigerian Afropops music has evolved to be inclusive of every demographic within its core, leading to the rise of powerful Aftopop stars that are unconventional of the typical musical stereotypes.

Music
Adele's '30' Is 2021's Top-Selling Album
3 days ago
Adele's 30 is 2021's top-selling album in the Unites States after selling over 500,000 copies in just three days. Billboard reports that Adele's 30 album released on Friday after a six-year hiatus has already become 2021's top-selling album in the US. Between November 19 and November 21, more than 500,000 copies of the album had been sold…

Music
Olivia Rodrigo Dominates 2022 Grammy Awards Nominations
3 days ago
Olivia Rodrigo has taken the front row at the 2022 Grammy Awards with nominations in all four of the main category.    The 18-year-old singer's Driver's License album has been nominated for best album, best new artist, record of the year and song of the year.  She faces competition from Billie Eilish and Lil Nas X in…

Film
Tinubu Mourns Baba Suwe
3 hours ago
National Leader of the All Progressives Congress (APC), Asiwaju Bola Tinubu, has commiserated with the family and professional colleagues of the late Mr. Babatunde Omidina, aka Baba Suwe, over his death.

Film
Love And Hate': Bollywood In Spotlight Of 'Call My Agent' Spinoff
1 day ago
The director behind a biting look at India's entertainment industry says the backroom dealings and bold personalities of Bollywood have proven a rich target for satire. Shaad Ali's latest venture is a local adaptation of a runaway hit Netflix series that follows four hapless French talent agents as they wrangle and coddle their celebrity clients.…

Film
Black-ish Stars Say Goodbye As They Wrap Up Production
1 day ago
Stars of ABC sitcom Black-ish took to social media to share their goodbyes as the show wraps up production after eight seasons. Written by Kenya Barris, Black-ish follows successful advertiser Andre Johnson(Anthony Anderson) and his African American family as they navigate their life living in Sherman Oaks's suburban neighbourhood. Andre tries to keep his family…

Film
'Euphoria' Season 2: What To Expect
1 day ago
Euphoria returns with stars Zendaya and Hunter Schaffer as they prepare to tell 'Euphoria' fans another inspiring story in season 2. The Sam Levinson show will debut its second season on January 9 at 9 PM ET. The series will air weekly on HBO and its online streaming platform HBO Max. Euphoria season 2's cast includes Primetime…

Film
Steve Burton Fired From 'General Hospital' For Refusing COVID-19 Vaccine
2 days ago
General Hospital star Steve Burton was fired from the soap opera on Tuesday after he refused the COVID-19 vaccine mandated for all actors on the show.  Burton's character Jason Morgan (previously Jason Quartermaine) had been a regular on the show since 1992, except for a brief hiatus from 2013 to 2017, when he had a multi-year…

Sport
Enyimba stranded in Morocco
26 mins ago
Unless a miracle happens, Nigeria’s representative in the CAF Confederation Cup, Enyimba FC of Aba, might forfeit all three points to Libya’s Al Ittihad, after the ran into a major hitch in Casablanca, Morocco.

Nigeria
Fresh trouble flares in Plateau State
29 mins ago
There has been palpable tension in Bassa local council of Plateau State following the killing of 11 persons in Ta’agbe community of Miango chiefdom by gunmen in the early hours of yesterday.

Nigeria
Vaccination best weapon to fight COVID-19, says AHBN
32 mins ago
The Africa Health Budget Network (AHBN) has said that vaccination is the best weapon and strategy with which to fight against COVID-19, urging Nigerians to take the vaccines “as they have all been proven to be very safe.”

Music
AFRIMA 2021… Day African Stars Came To Town
37 mins ago
It was nearly 9:00 p.m. and the screams nearly threw one off the seat. In a flash, the entire auditorium was agog with excitement as the Rexxie-produced groove anthem, Ko Por Ke, rented the air.