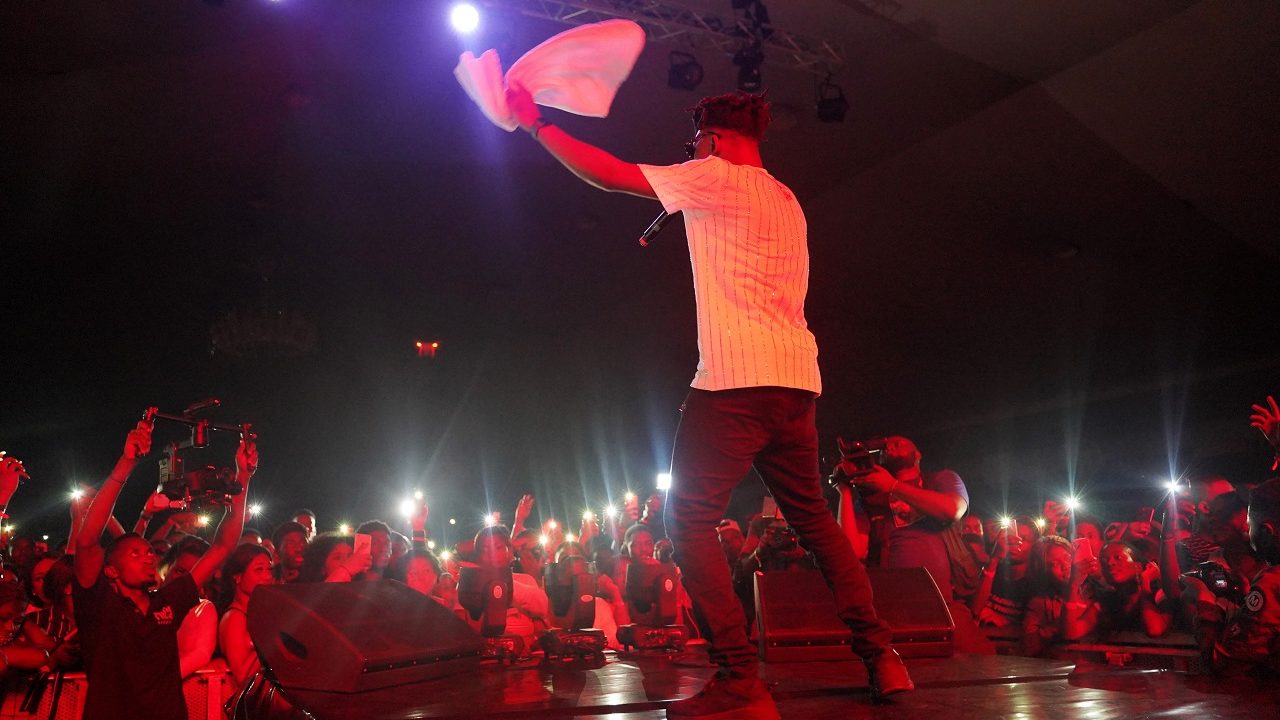 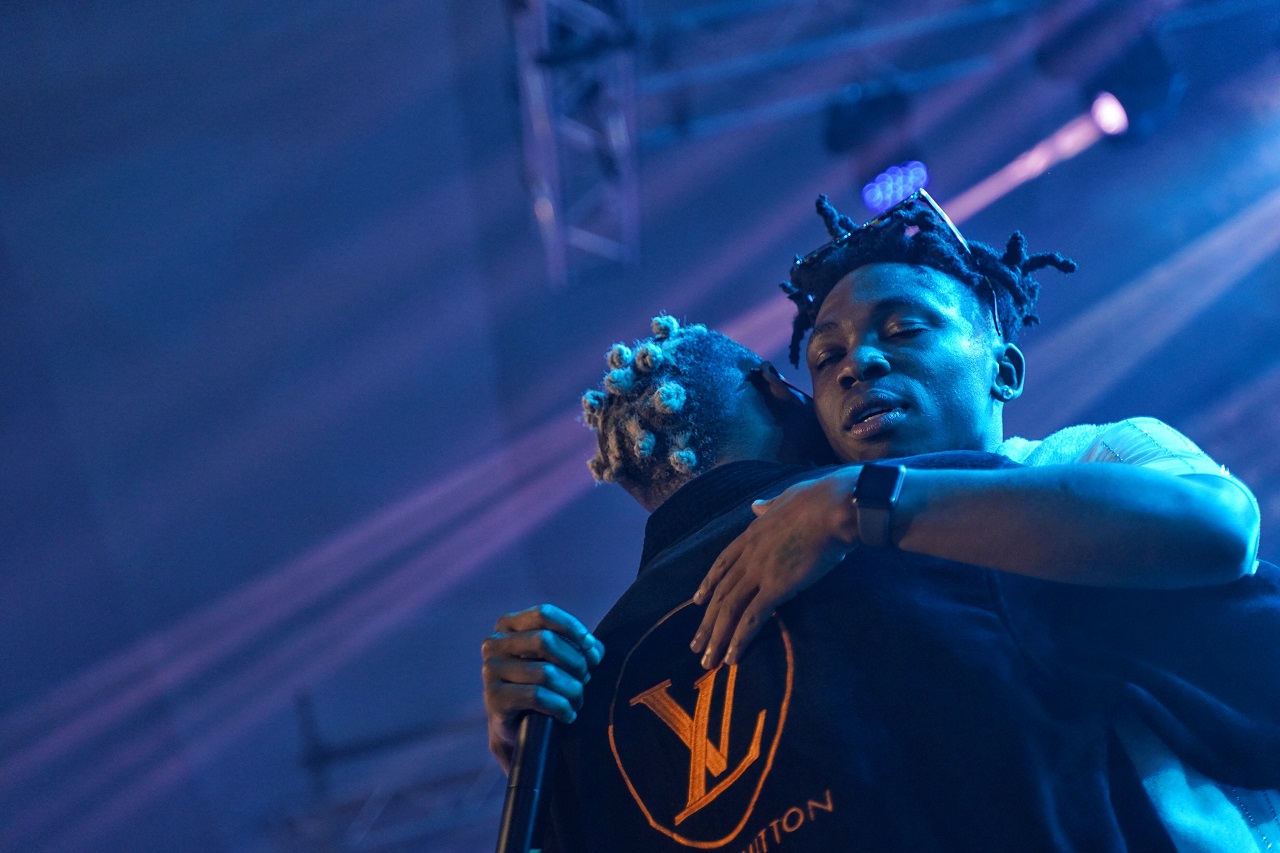 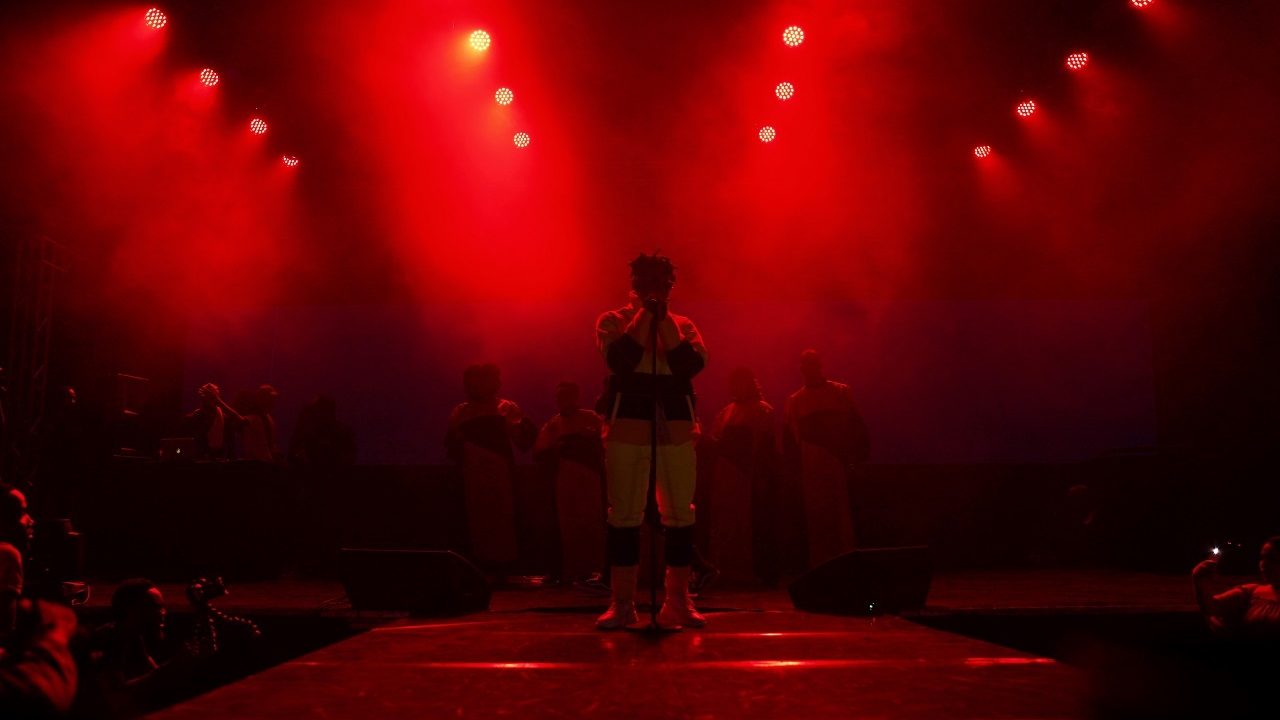 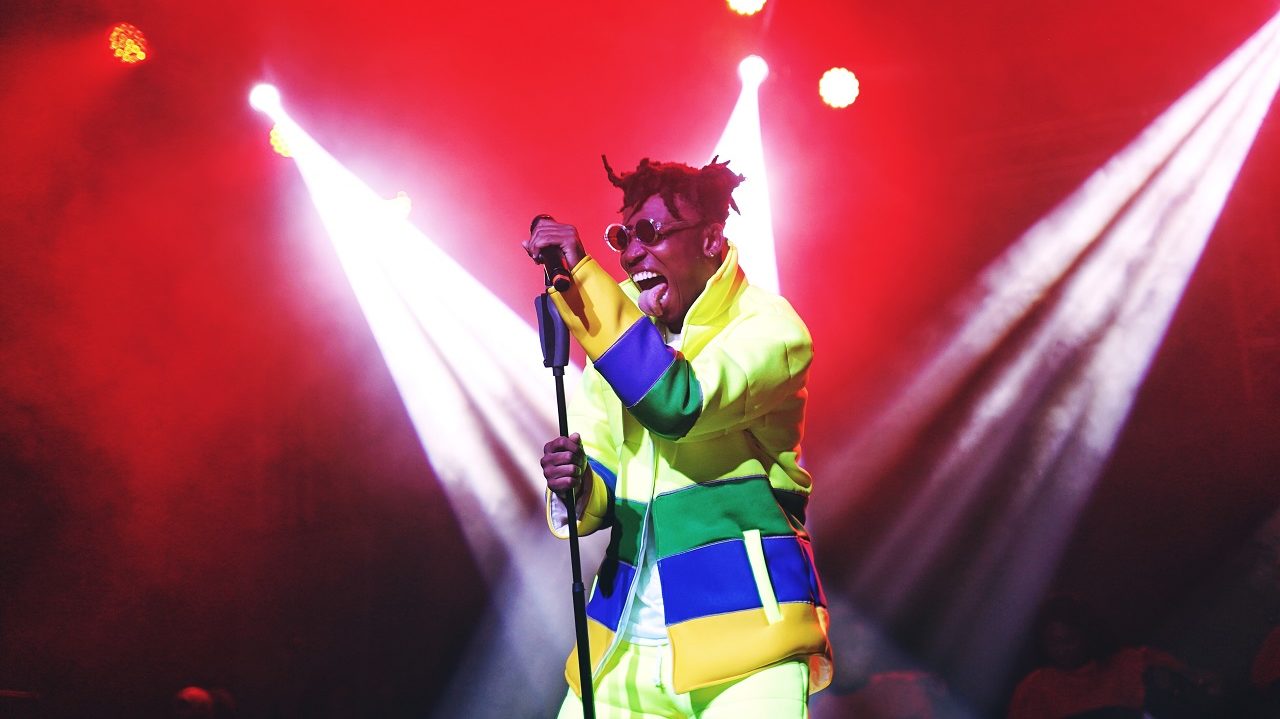 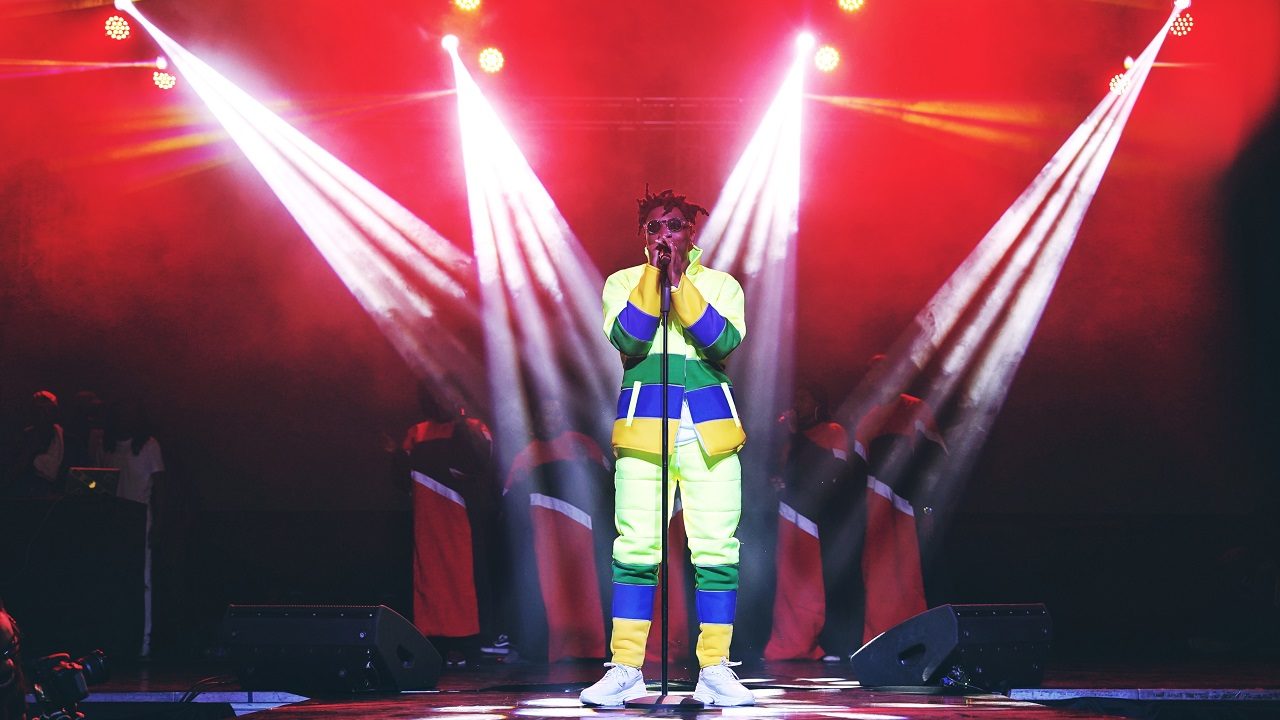 “Kill the lights!” One of the hosts of the night, Ehiz, ordered everyone at the Balmoral Hall, Federal Palace Hotel, Lagos. Mayorkun was working his way through the maze of security and handlers, and friends who came out to support him. As everywhere went dim, a stage screen cued in a countdown, starting from 10. The crowd caught on to it, and the entire hall rang out loud in their screams. As everyone screamed the final count, the singer exploded onto the stage.

“Ma shey testimony ti n’ba ra posh…” he opened with an energy that embraced the crowd at their giddy wavelength and matched their excitement. These were clearly his people, and ‘Posh’, one of his biggest pop singles in 2018 was the choice opener for the night’s magic.

You could be mistaken for thinking this musician was Lagos’s official mayor, backed by powers that stretch beyond fandom and followership. It looked official and felt like a law backed up the claim. What started as a clever play of Mayorkun’s name, has become more than a title. It is a belief system now. A standard of relevance that has begun to attract true followers.

A year ago, I had walked through security checks into Mayorkun’s December show. Back then, “The Mayor of Lagos,” was a young working title for his concert. Mayorkun was a less-gifted performer, who did struggle with the finer points of his show. A year later, he has transformed to the opposite. The singer had gone on the road, playing major headline sets across Abuja and Ibadan. Lagos, the final city, was receiving his growth and the best parts of a solid year for him. It was put together by The Plug, and Playcenter AKA PlugNPlay.

It also helps that he had breathed more life into the name by extending it to his debut album, as a title that works. The Mayor Of Lagos has a tour and an album as vessels to spread the message of pop dominance and bravery. From hopefully playing the piano in his home, to getting a call from Davido, he was filling up his venue now. People were coming out to experience him live. And that, more than anything in his two years of hugging the mainstream consciousness, means the most to him.

At the car park at the venue, A girl was ranting to a friend. “Where’s Mayorkun now? When does he want to come and perform? I want to see him now.” She couldn’t take it anymore. The love was biting hard. I leaned in and asked a trick question, “Is Mayorkun, the mayor of Lagos?”

Her response: “Anything he wants to be, let him be. As long as he keeps giving me good music.”

Onstage, that good music was in session. Mayorkun is beloved among his colleagues in the music industry. Among elite musicians, stardom provides you with access to the table. Staying there requires you to take one of two approaches. You either be the villain, who is ruthless cutthroat and manipulative. Or you lead with love, friendship, and the bond of love. Mayorkun has a galaxy of lovers, and they, more than him, dominated the night. Tiwa Savage, Patoranking, Lil Kesh, Ycee, Niniola, L.A.X, Dice Ailes, Falz, Nonso Amadi, Zlatan Ibile, Chinko Ekun, Dapo Tuburna and more rocked the stage with Mayorkun. He was both headline performer, hypeman, and backup artist. He announced a guest, fired up the show with his energy, and sang along in parts that need harmonization.

When he wasn’t sharing his light, he was spreading his music. His debut album was performed in full, with every track getting their due time. The trick here was to abandon the tracklist, and go with the mood. His most somber song, the intro to the album, showed up in the final third of his performance. And his best segment was saved for the performance of ‘Olosho’. The singer returned from a break and sang like an ‘80’s American burlesque singer. Back up vocalists provided Accapella while rocking from side to side. Lights danced around him. It was beautiful and felt nice. I loved it, and couldn’t resist the polarizing chorus which shook the hall. “Olosho! olosho! olosho! olosho!” we all screamed in guilty unison. Selling our home training for cheap, prostituting ourselves to the music.

Davido would show up later, like a father. Sprinkling superior sauce to detonate the night. His proud hands went around Mayorkun’s shoulder’s as he screamed his verse on ‘Bobo’. Prior to that, Peruzzi, Yonda, Ichaba, and Dremo had all joined the fray. DJ E-Cool sneaked in ‘Ada’, and an afterparty was announced.

For two years, Mayorkun has been pulling everyone into his government with success. This is what it looked like tonight. It was a crowd of happy young people, who had surrendered their free will to him and danced their worries away to his music. It included an all-star two-hour set, a couple of breathtaking DJs, and a happy ending for fans who made the show happen.

You could argue with facts and figures that he isn’t who he says he is, and The Mayor of Lagos, isn’t his to keep. That’s your business. To these fans who sang happily to a line as filthy as “When I drop my shii, shey you go flush?” Mayorkun isn’t a mayor. No. That’s too small. He is their King!

9 Exercises To Help Your Flexibility
2

Boxes Of Ice-cream Test Positive For Coronavirus In China
6