By Dennis Erezi
Share on Facebook Share on Twitter Share on WhatsApp Share on Telegram
Nigerian Senate minority leader, Godswill Akpabio has, again, met the national leader of the ruling All Progressives Congress (APC) Asiwaju Bola Tinubu. Akpabio and Tinubu met in Lagos on Saturday before the former governor of Akwa-Ibom state met with president Muhammadu Buhari, who is on holiday in London. But, this time Akpabio who is believed…
1 of 10 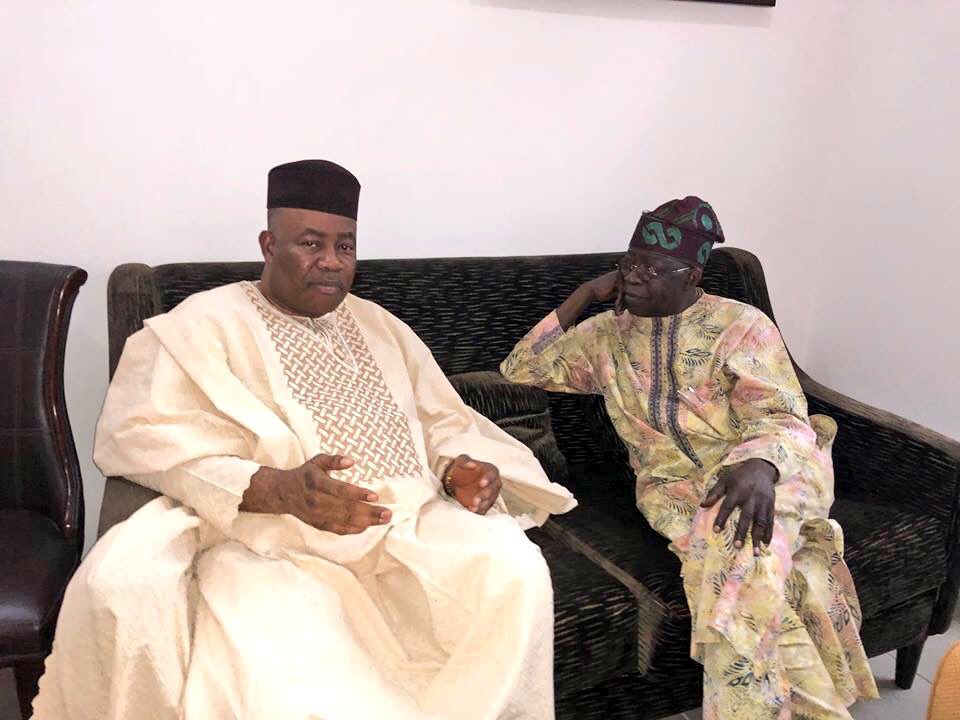 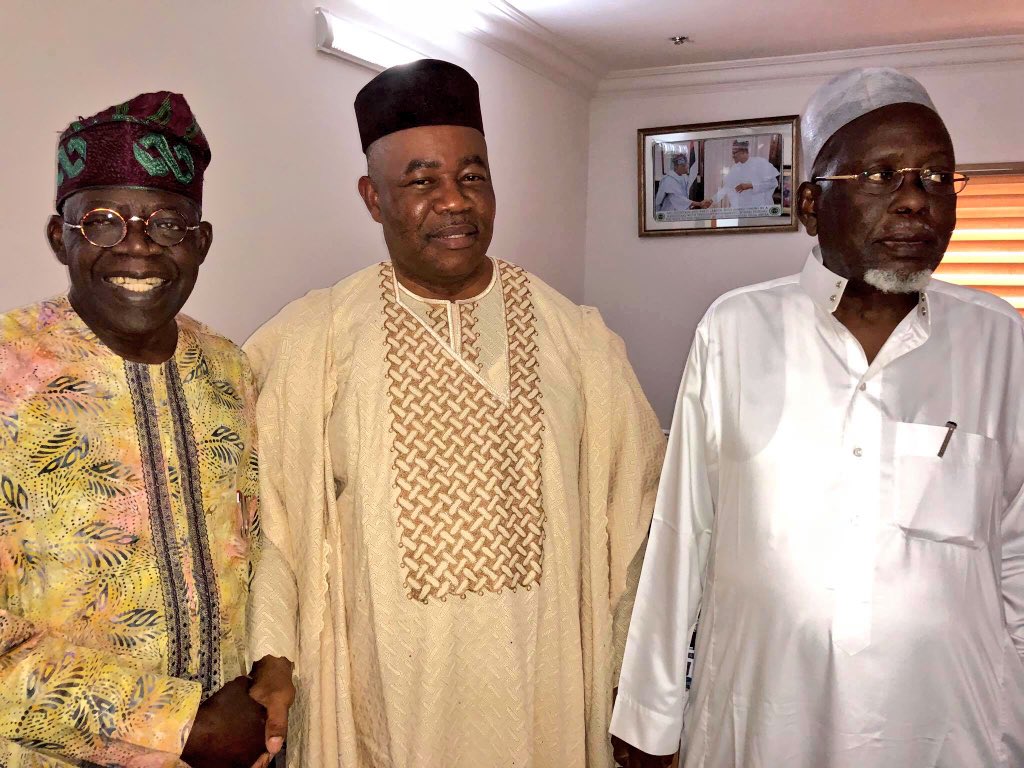 Akpabio and Tinubu met in Lagos on Saturday before the former governor of Akwa-Ibom state met with president Muhammadu Buhari, who is on holiday in London.

But, this time Akpabio who is believed to have perfected plans of defection to APC, met Tinubu along with APC chietain Alhaji Yusuf Ali in Abuja on Monday.

An aide to president Muhammadu Buhari confirmed that the senator has left the PDP.

Akpabio’s defection will hand the APC, which only recently lost about 15 senators including Senate President Bukola Saraki to the leading opposition party the People’s Democratic Party (PDP), a massive boost in the South-south as the country gears up for its next general elections in February.

It will also help the APC hold on to its majority in the Senate.

In preparation for his switch of the party, Akpabio met with Senator Bola Tinubu in Lagos and President Muhammadu Buhari, who is on a 10-day holiday in London.

This reported defection to APC comes days after he was welcoming former members of the APC who have left the ruling party for the PDP.

“Our most important task as leaders is to engage in meaningful discussion and share ideas that will build the bridge between the struggle of today and the future we will all be proud of,” Akpabio tweeted after meeting Buhari.

Nigeria
Police to deploy modern technology to bandit-infected enclaves – FG
1 hour ago
Disturbed by the activities of terrorists and bandits in some parts of the country, the Nigeria Police Force has resolved to deploy modern and best technology to put an end to the menace of the criminals.
Nigeria
Anambra: CP Echeng vows to hunt down killers of Lawmaker, aide
2 hours ago
The Police Command in Anambra has described the killing and beheading of Dr Okechukwu Okoye, a lawmaker representing Aguata 2 constituency by yet-to-be-identified assailants as cowards and enemies of State.
Nigeria
Africa will not face food crisis – Adesina
3 hours ago
The African Development Bank (AfDB) says that Africa will not experience food crisis contrary to reports of an imminent
Nigeria
LAWMA destroys 400 carts, says cart pushing outlawed in Lagos
4 hours ago
The Lagos Waste Management Authority (LAWMA) on Monday destroyed over 400 carts confiscated from pushers, who serially dump waste at unauthorised locations in the metropolis.
Nigeria
Nigeria shortlists 8,000 students for foreign scholarships
5 hours ago
The Nigerian government on Monday said it has shortlisted about 8,800 students for scholarship opportunities abroad. The shortlisted students were from among 26,000 that applied for its overseas scholarship programme backed by Petroleum Technology Development Fund (PTDF). The annual PTDF scholarship has been ongoing since 2000, giving sponsorship placements for Nigerians acquiring masters and Ph.Ds.…

Politics
Three eventful dates that would shape politics this year
2 Jan
Three days, spanning the months of January and February, hold the key to the onset of political activities in the pre-general election year of 2022.