By Chinedum Uwaegbulam, Bertram Nwannekanma and Happiness Otokhine
Share on Facebook Share on Twitter Share on WhatsApp Share on Telegram
With the recession leaving major players in the real estate bruised, experts have said that the return to growth of the nation’s economy should be driven by the construction industry.
1 of 10 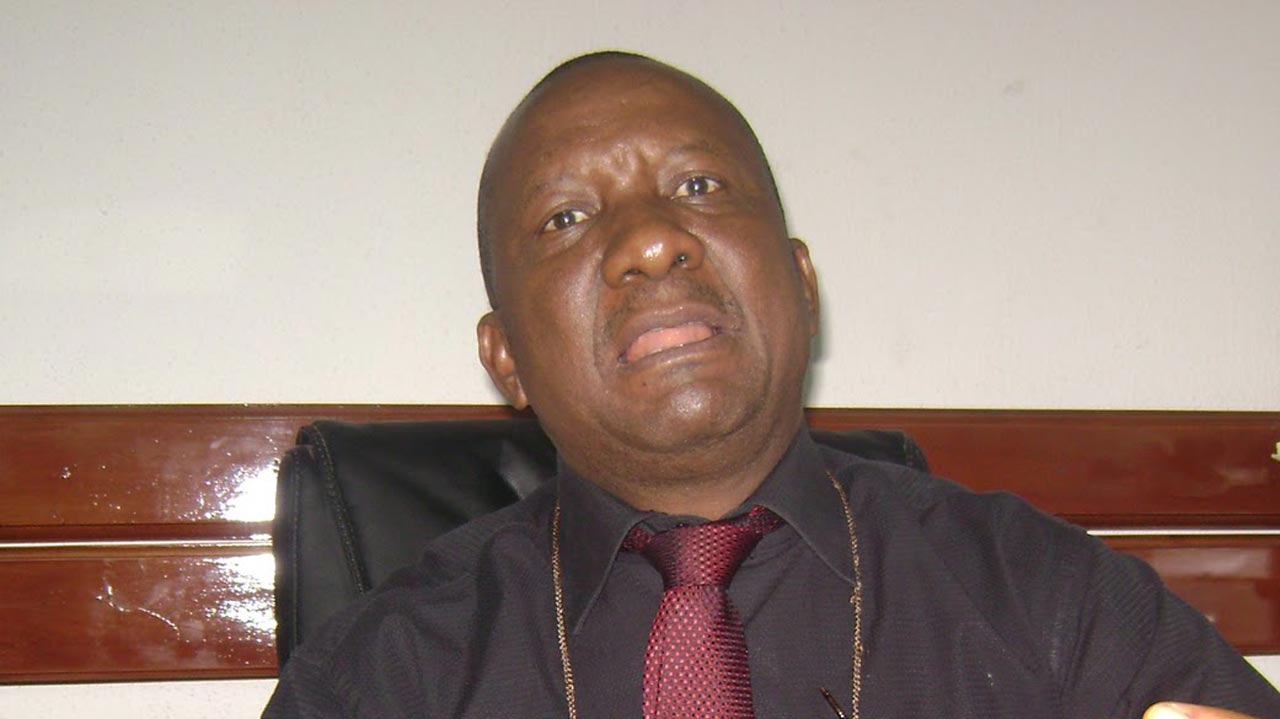 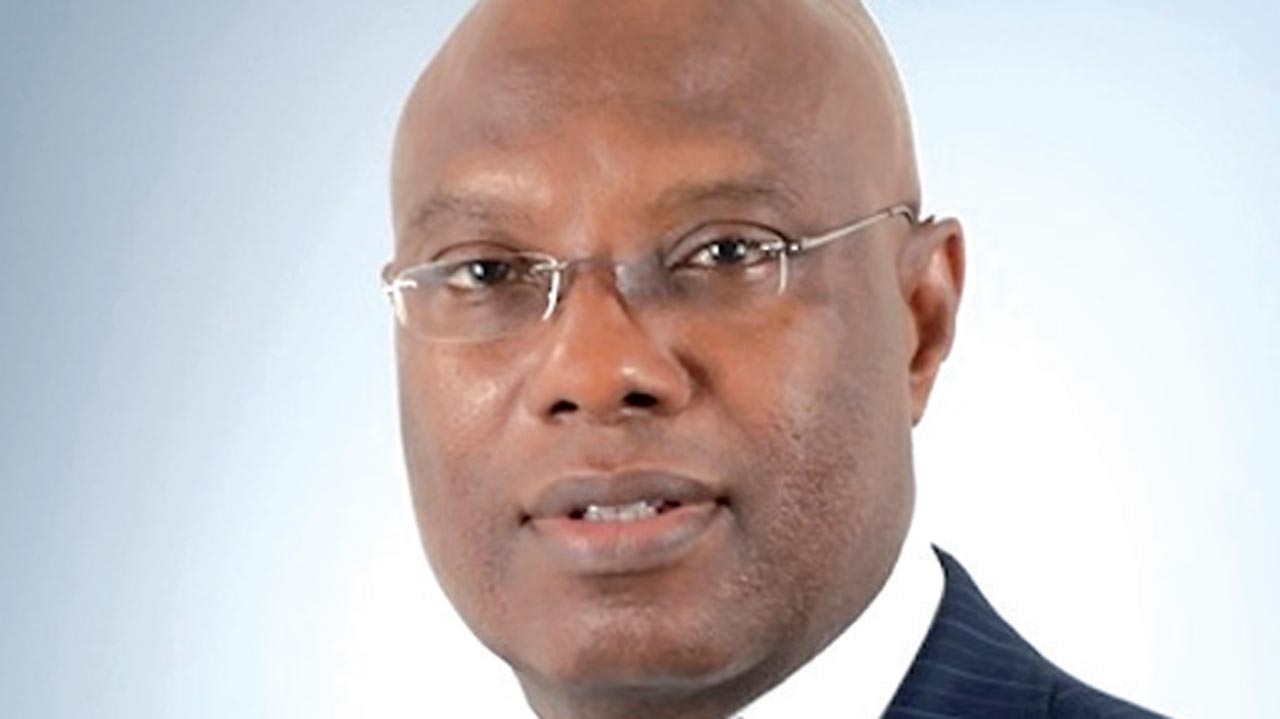 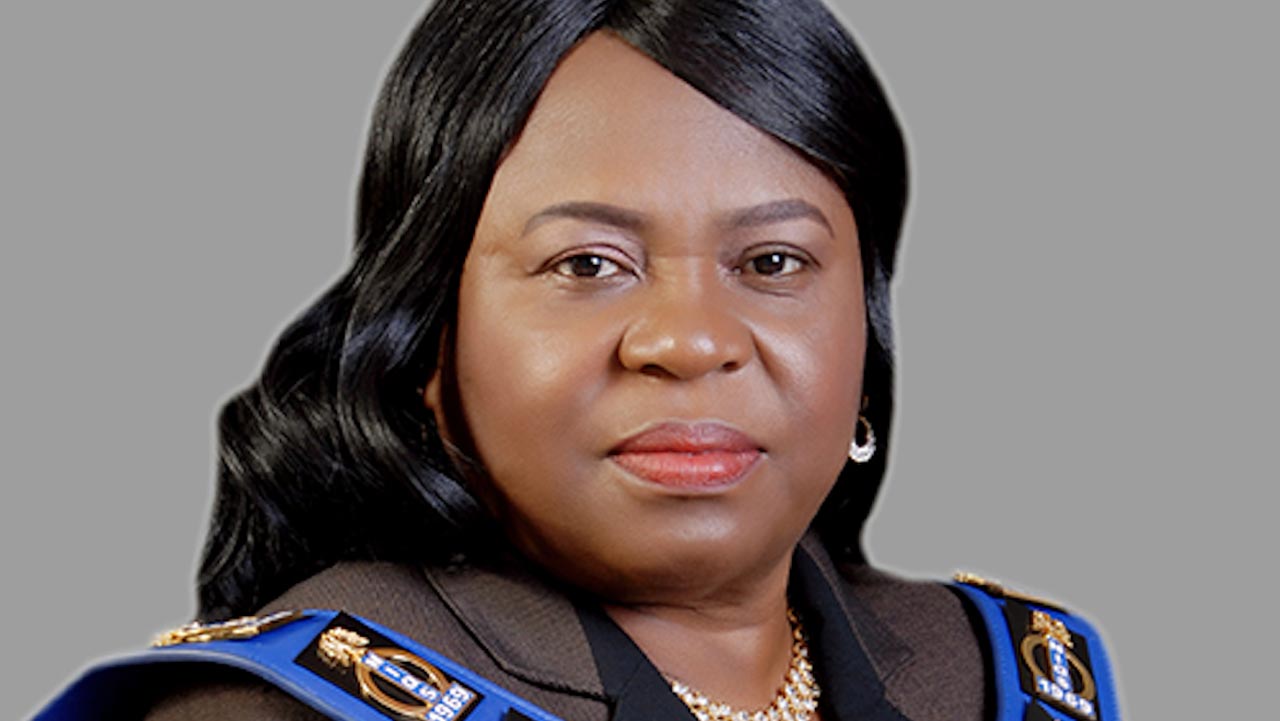 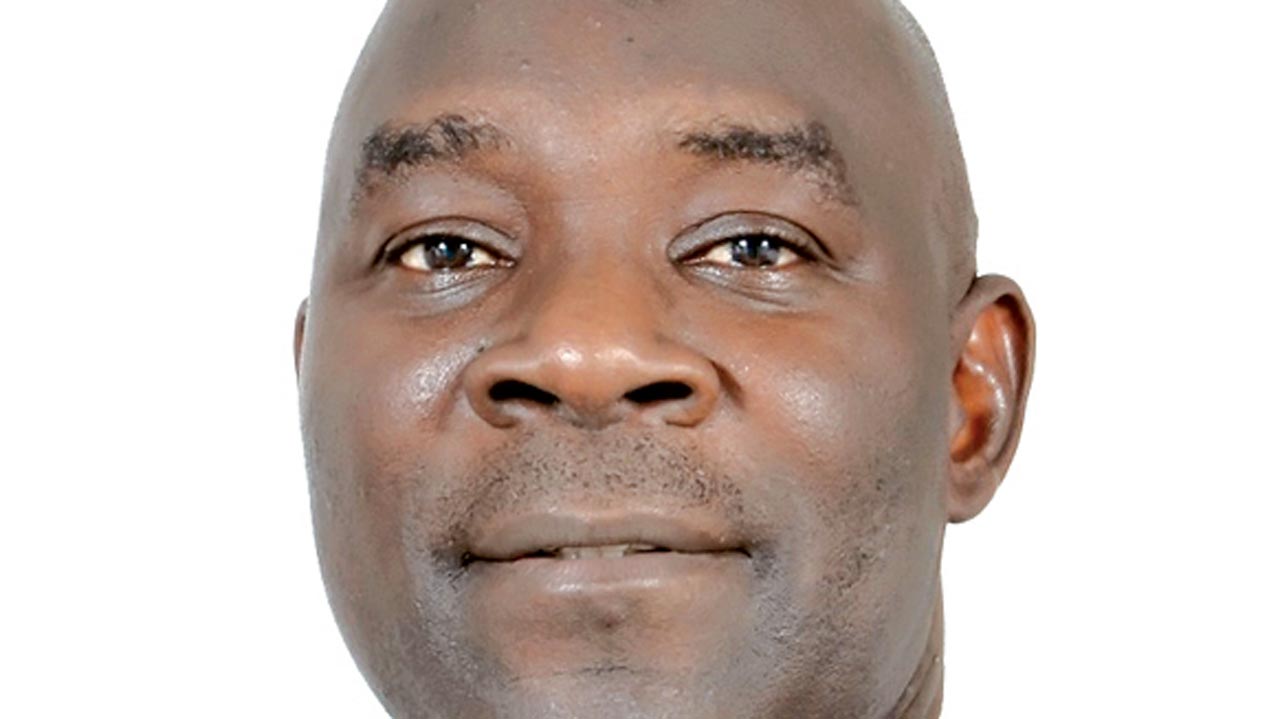 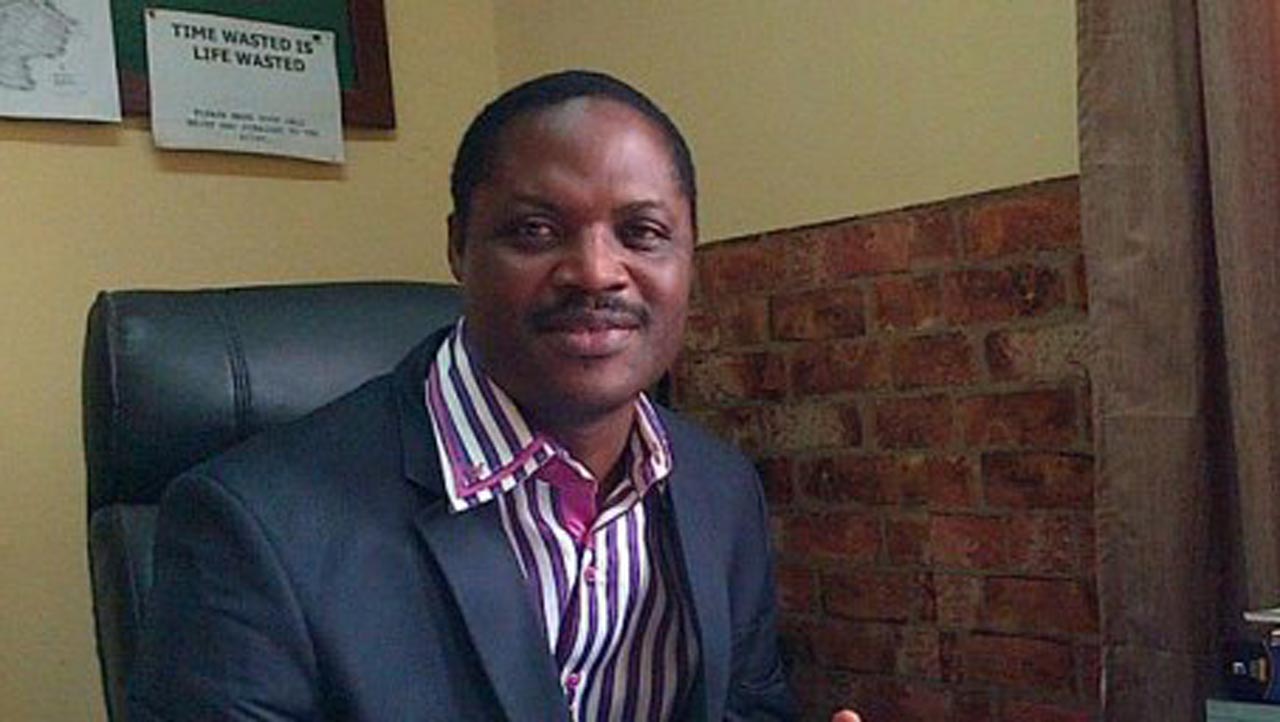 Nubi
With the recession leaving major players in the real estate bruised, experts have said that the return to growth of the nation’s economy should be driven by the construction industry.

The real estate and construction sectors have been reeling from the stains of the financial crisis, meltdown of the housing market and loss of jobs.  But the experts, who comprises egghead in the industry believe that both sectors can promote growth through its links to other manufacturing sectors, such as the transport infrastructure.

A new report released by the European Commission suggested that every job created in construction results in two additional jobs elsewhere. “Construction is a bellwether of the economy, and, crucially for a bloc toiling to create jobs, generates local employment. It is the single largest economic activity and the biggest industrial employer.”

Essentially, the experts said that the sectors have an important role to play in stimulating Nigeria’s recovery. However, it needs the right economic incentives and regulatory framework that will compel the use of local raw materials in the industry to reduce the over dependence on imported raw materials.

President, Commonwealth Association of Surveying and Land Economy (CASLE) Olusegun Ajanlekoko told The Guardian, “construction Industry has always been seen globally as the barometer of the economic well being of a Nation. The current situation of the country, therefore, cannot but be worrisome. The parlous situation is worsened by the recent hike in cost of cement. It is sad development as the resultant effect on the cost of construction is definitely going to be no less than 40 per cent as cement is a major component and cost sensitive element of the construction Industry.”

Ajanlekoko, a past president, Nigerian Institute of Quantity Surveyors (NIQS) noted that the recession has badly affected the construction industry. “There is hardly any new projects coming on stream. Most cranes are lying idle throughout the federation. The existing newly built ones remain unoccupied.”

He urged government to grow the industry by directing fund into it. “The sector must have a priority as far as sectoral allocation is concerned in the Budget. There is definitely a need for a supplementary budget now. In addition,they must adopt policies that will make the country Investor friendly so that necessary fund can flow into the country.Also of utmost importance is the need to compel the use of local raw materials in the industry to reduce the over dependence on imported raw materials.”

But a  past president of Nigerian Institute of Estate Surveyors and Valuers (NIESV), Mr. Bode Adediji lamented that Nigeria and the government lack the strategy, the policy framework, the institutional infrastructure and perhaps even the political will to use the real estate sector to solve the recession problem.

“One of the worst affected sectors of the economy by this unprecedented recession unfortunately is the real estate sector in all its ramifications. The demand spectrum has plummeted beyond description and virtually all the segments of the construction industry is currently in comatose without any hope of recovery in the immediate or medium time frame.”

He added that Government, despite the scale of the real recession challenges can use the real estate sector to contribute to the revamping of the economy through imperatives such as full recognition of the nature and scale of the problem besetting the real estate sector; summoning and deploying the political will to holistically overhaul the entire sector and mobilisation of local and international human and financial resources to jump-start the entire sector.

For NIQS President, Mrs. Mercy Iyortyer, construction activities affect nearly every aspect of the economy and so an economic recession is bound to have severe consequences on the construction sector.

According to her, the negative effect on the sector can cause high mortality rate of contractors, affect negatively manufacturers of construction products, suppliers, professionals in the built environment, not mentioning the resultant job losses that will go with it.

“Consequently, the Industry players will definitely face challenges at this period and indeed quantity surveyors will be affected. As cost and procurement managers of construction projects, quantity surveyors are key players in the construction industry. Consequently, any policy or development that affects the Industry affects the profession directly either negatively or positively. In the case of a recession, there is bound to be a downturn in the volume of construction activities, which will lessen our engagement on projects.”

The Dean, Faculty of Environmental Sciences, University of Lagos, Prof. Timothy Nubi , said there is no other way out of the recent recession but to resort to construction and building industry.

“Look at any nation in the world that fight recession, it was the construction industry because it will activate other sectors, like the quarries, wood sellers, cement sellers, paint makers, even food vendors.

“ Construction industry is the engine room of the economy because it will make even the quarries busy. We should put our money in the productive sector to create further wealth,” he said.

According to him, when Britain witnessed recession eight years ago, the Prime Minister said, he would build recession out of Britain by building 270, 000 houses, so when you engaged in construction,  people are employed , since a single bungalow can employ 118 individuals.

“So we can up scale the construction and building sector to cushion the effect of recession by engaging tile makers, painters, wood sellers and cement sellers.”

Also, NIESV President, Mr. Bolarinde  Patunola – Ajayi lamented the lack of attention by government to the real estate sector over the years as it was mostly left to the private sector that can no longer cope under the present harsh economic realities.

He advocated full-scale government involvement in building and construction activities to salvage the economy.

Patunola – Ajayi said measures to stave off the recession would require government to begin to build houses to house its staff both at the local, state and federal levels, as well as embark on massive infrastructural development.

The immediate past President, Association of Town Planning Consultants of Nigerian (ATOPCON) Moses Ogunleye, said the building and construction sector generally can move the country out of recession when so much funds is injected into the sector.

Ogunleye, who also a senior members of the Nigerian Institute of Town Planners (NITP), said town planning can specifically contribute towards this, if Federal and State governments provide fund for preparing development plans; cities and towns will have opportunities to grow and develop. Business will be expanded, as adequate provision would have been made for their location and operation. More infrastructure will then be developed in line with prepared plans,” he said.

Asked how it could be done without funds, he said, if government is not ready to fund preparation of new plans in the immediate; the existing plans should be implemented.

World
Countries agree to overhaul WHO funding model
27 mins ago
The World Health Organization's member states agreed Tuesday to overhaul how they fund the UN health agency, giving it much more money to spend on its own priorities.
Sport
Euro titles 'no help' to Mourinho ahead of Conference League final
32 mins ago
Jose Mourinho said Tuesday that his experience of European glory will be no help to him as Roma are one step away from their first major continental crown.
Sport
Premier League approve Boehly's takeover of Chelsea
40 mins ago
Todd Boehly's proposed takeover of Chelsea moved a step closer to completion on Tuesday when the Premier League board announced it had approved his purchase of the London club.
Nigeria
Police shoot live bullets, teargas as EFCC finally arrests Okorocha
1 hour ago
The Economic and Financial Crimes Commission (EFCC) has finally arrested former Imo State governor and All Progressives Congress (APC) presidential aspirant, Rochas Okorocha. Okorocha was arrested Tuesday evening at his Maitama home in Abuja by the anti-graft agency and men of the Nigerian Police force. Though the security operatives met stiff resistance from the supporters…
Nigeria
FG activates passport tracking system
1 hour ago
The Federal Government has activated a passport tracking system that allows applicants to monitor and know the status of their application online.

World
Trumpism without Trump: the Republican playbook for 2022?
27 Dec
As US Republicans cheered impressive gains in state elections in the fall, their leader may not have been so delighted