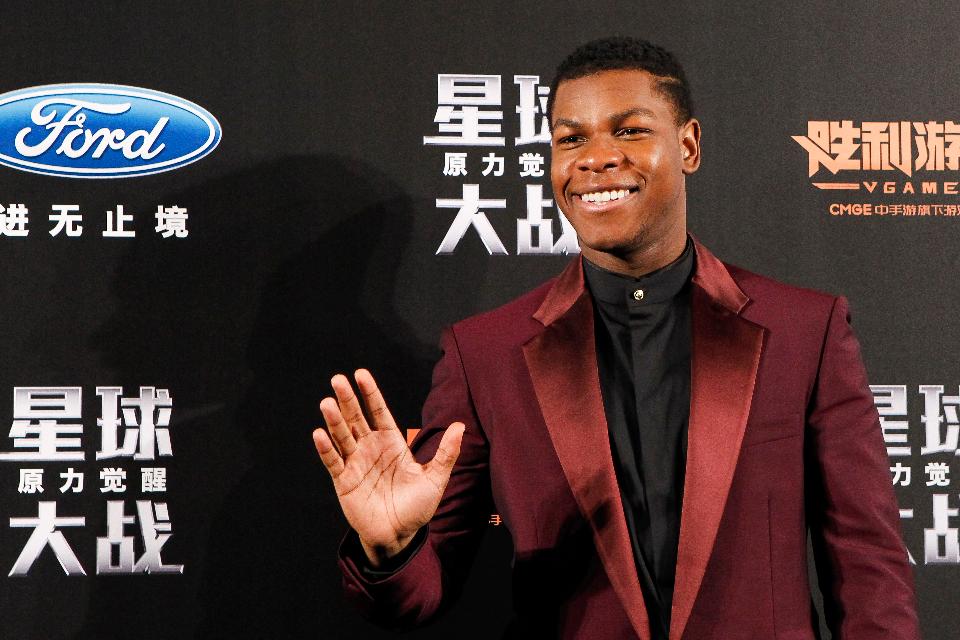 British actor John Boyega waves to fans on the stage during the premiere of 'Star Wars: The Force Awakens' on December 27, 2015 in Shanghai, China. / AFP / STR (PHOTO: STR/AFP/Getty Images 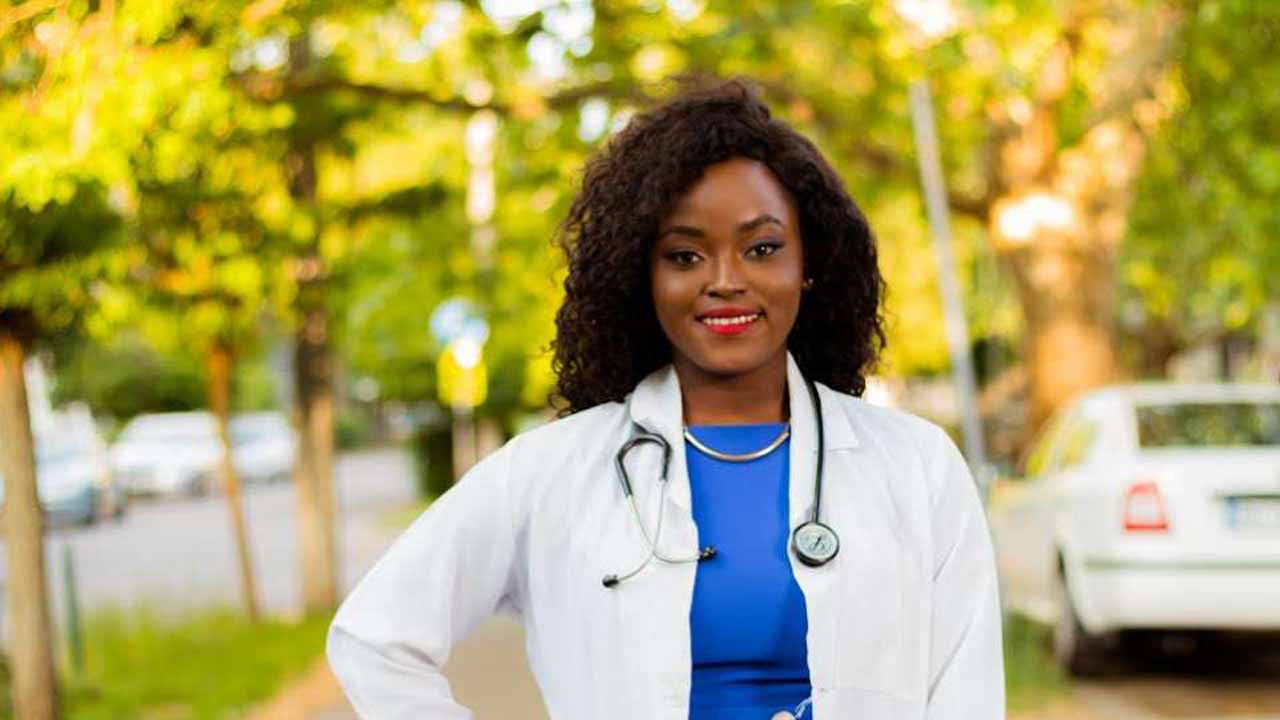 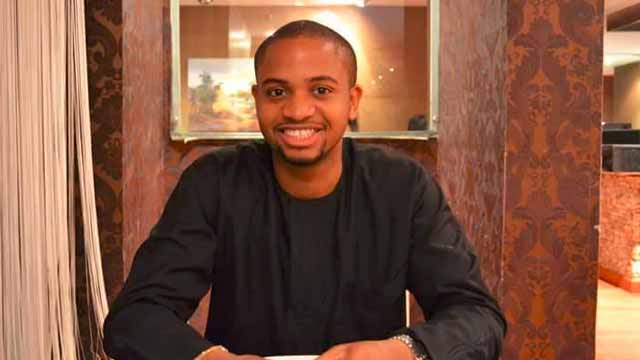 After much anticipation, organisers of The Future Awards Africa (TFAA), has unveiled nominees for this year’s edition of the awards amid the excitement. Dubbed, as the ‘Nobel Prize’ for young Africans by the World Bank, the awards now in its 11th year is the leading prize on the continent that recognises hard work, talent and achievement in young people, aged 18 – 32.

Previously, the organisers had announced that it was returning its focus of the awards from a continental one to country specific: Nigeria. Hence, about 105 trailblazing Nigerians have been nominated across 21 categories to compete for the coveted awards, with ‘Young Person of the Year’ as the biggest and most keenly contested category.

Ayodeji Ibrahim Balogun (Wizkid), 27
Started his career in 2008 as a rapper. He got his big break on M.I Abaga’s debut album singing the chorus for Fast Money, Fast Cars. This was quickly followed by a record deal with Bankole Wellington’s (Banky W) Empire Mates Entertainment and critically acclaimed album, StarBoy that spawned half a dozen hit songs in 2010.

His streak of unbroken hits has continued all the way to today, with features on songs by Drake, Justine Skye and Tinie Tempah. Wizkid struck gold this year as he won the keenly contested ‘Artiste of Year’ at the third edition of All Africa Music Awards (AFRIMA) that held in Lagos.

On the same night, he clinched the MTV EMA for ‘Worldwide Act. In South Africa, he won ‘Artiste of the Year’, ‘Best Male Act’ and ‘Best Collaboration out of Africa’ at the 2016 MTV MAMAs. In London, he received the ‘Best African Act’ award at the 2016 MOBO Awards, all without a major record.

John Boyega, 24
As Storm Trooper and lead character, Finn in the new instalment of mega-successful science fiction franchise, Star War, John Boyega, became the first black empire soldier in the Star Wars franchise and an avatar for a new era of multi-racial representation in global science fiction. It also helped catapult him to global super stardom as an A-list actor.

The British-born Nigerian actor’s biggest sell is his ability to straddle many cultural worlds, drawing inspiration from each and infusing these quirks into his roles and performances.

His feature debut in 2011’s sci-fi comedy, Attack the Block introduced him to British audiences and poised him for bigger roles. Then came roles in Live Another Day, Imperial Dreams and a star turn as the brooding Ugu in the Biyi Bandele divisive adaptation of Chimamanda Ngozi Adichie’s Half of a Yellow Sun. Boyega has proved himself as a global star in touch with his heritage and eager to take on the world.

Kennedy Iyeh, 21
A believer in the power of words to change mindsets, Iyeh’s vision is to bring change to the society through knowledge sharing, public speaking and mentorship. He started his career in public speaking through a well-researched word press blog, where he chronicled his thoughts and presented his ideas on leadership and self-empowerment.

He is the founder of KennySpeaks, a public speaking brand, which he describes as the ‘wellspring of knowledge’. The website features fresh content on jobs, scholarships, fashion, entertainment and poetry.

In July this year, Iyeh founded the Tall Walker Foundation as a non-profit Non-Governmental Organisation to help secure funding for his community empowerment projects.

Dr. Oluwo Adedunmola, 24
Call her a wonder woman you wouldn’t be too far off. The saying that education in Medicine is a difficult path to follow isn’t a fiction but reality. Dr Adedumola, a recent graduate of the University of Debrecen Medical School in Hungary did this excellently while also managing four successful businesses across varied industries.

Just 24 years old, Adedumola achieved financial independence from her retired single mum; became an entrepreneur, finished her medical studies all in one fell swoop. She runs Dedun’s Cakes, a four-year-old cake and pastry company; Hair by Dedun, a six-year-old hair styling business that caters to every hair texture; DedunCooks, a six-year-old Nigerian food catering business, and Belle Artistry by Dedun, a new beauty-focused business she started earlier this year.

“I was able to combine all these without repeating a year in the seven years of medical school. I was able to make enough to pay for my Masters. I’m sharing my story to inspire others that it doesn’t matter what your situation is; you can always challenge yourself to achieve great things whether you are a 17-year-old (like when I started) or older,” she said in an interview.

Mark Okoye, 30
Though 30 years old, Okoye is the youngest member of the Governor Willie Obiano of Anambra-led cabinet in this year. He is the Commissioner for Economic Planning and Budget Development in the state.

Prior to his joining the government, he was a senior member of the investment banking division at Afrinvest (West Africa) Limited, where he was instrumental in executing numerous capital raising and financial advisory transactions to his new position.

He left his illustrious investment-banking career to join the Anambra State Economic Think-Tank. This led to his appointment as special adviser to Governor Obiano on Economic Planning, Budget and Investments in 2015.

His role involved running the day-to-day activities of the Ministry of Economic Planning and Budget. In addition, he has operational and strategic oversight over Anambra State Investment Promotion and Protection Agency.

Nigeria
Gunmen attack Nigeria mine, kidnap four Chinese workers
18 mins ago
Gunmen have attacked a mine in central Nigeria, killing some security personnel and kidnapping four Chinese nationals and other workers, a state security official said on Thursday. Kidnapping for ransom has become a major problem in northwest and central Nigeria, where heavily-armed criminal gangs known as bandits target communities, schools and businesses for abductions. Chinese…
Music
Kanye West Sued Over ‘Donda 2’ Sample
18 mins ago
Kanye West is facing yet another copyright infringement lawsuit for the unauthorised use of a sample on his most recent album, "Donda 2." Billboard reports that, according to a lawsuit filed in the U.S. District Court in New York, West's song "Flowers" improperly samples the 1986 club smash "Move Your Body" (also known as "The…
Nigeria
Sanwo-Olu presents 13 SUVs To outstanding teachers
28 mins ago
Governor Babajide Sanwo-Olu of Lagos State on Wednesday presented 13 Sport Utility Vehicles (SUVs) to outstanding teachers selected across the six education districts. The teachers were presented with brand-new vehicles for their passion and deployment of modern techniques to teach students. The recipients were among the finalists nominated for the Year 2021 Teachers’ Merit Award,…
Nigeria
Anambra doctors threaten to withdraw services over cases of abductions
1 hour ago
The Nigerian Medical Association (NMA), Anambra branch, has expressed concern over the rising cases of kidnap, especially of its members in the state. The body, in a statement made available to journalists in Awka on Wednesday, called on Gov. Chukwuma Soludo and security agencies in Anambra to take more proactive measures to stem the ugly…
Nigeria
Nigeria displays commitment to honour debt obligations, redeems $300m diaspora bond
1 hour ago
As a sign of commitment to promptly honour its debts obligations always, Nigeria has redeemed its 300 million dollars diaspora bond which matured on June 27. This is according to a statement by the Debt Management Office (DMO) on its website on Tuesday. The DMO said that the diaspora bond was issued on June 27,…

Music
Buju Joins Moral on Kolobi
10 Dec 2021
FAST-rising singer, Qudus Bello, professionally known as Moral, has tag-teamed with the rave of the moment Buju to step out with a smash debut dubbed, Kolobi.    The 21-year-old talented Oyo indigene bares his vocal dexterity on this Afro-fusion duet. The P.Priime-produced record flushes with a feel-good groove, as well as an upbeat tempo.    P.Priime’s smooth synths…

Music
At Livespot X Festival, It’s A Grammy Affair!
11 Dec 2021
Most Nigerians can still flashback to December 2019, when the city of Lagos became the holy grail of entertainment. From one corner of the city to another...

arts
Tiwa Savage, Euro 2020, Lukaku, Squid Game top Google Nigeria’s 2021 Search lists
13 Dec 2021
The controversy that almost derailed Nigerian R&B singer, Tiwa Savage, in October, her exploit and music has earned her number one spot in the top trending people in Nigeria in the year 2021. Google recently announced the results of its 2021 Year in Search, showing the most searched terms, topics and questions by Nigerians. Google’s…

Music
Burna Boy And Wizkid Hop On "Ballon d'Or"
15 Dec 2021
Grammy award-winning sensations Burna Boy and Wizkid have yet again created a monster masterpiece in the African Giant's new song 'Ballon d'Or. Produced by Nigerian British producer P2j, this banging track is inspired by one of the most prestigious trophies given to professional soccer players — Ballon D'Or whose recipient is regarded as the best…

arts
Brain tells personal story in new single, ‘Fast Life’
14 Dec 2021
Samuel Osemudiamen Udebhulu, whose stage name is Brain, was born on the 10th day of May, in the late 19th century. He is a young Nigerian singer, songwriter and philanthropist. The Nigerian born, South African based lyricist and entertainer, hails from Edo state and has been making waves and big moves for the years in his…

Weekend Beats
A night with the Cavemen in Lagos
18 Dec 2021
All roads lead to the Muri Okunola Park, in Lagos, next Thursday, as the acclaimed highlife fraternal duo, Cavemen, are set to wrap up their countrywide Stay Cavy highlife tour with a grand finale.