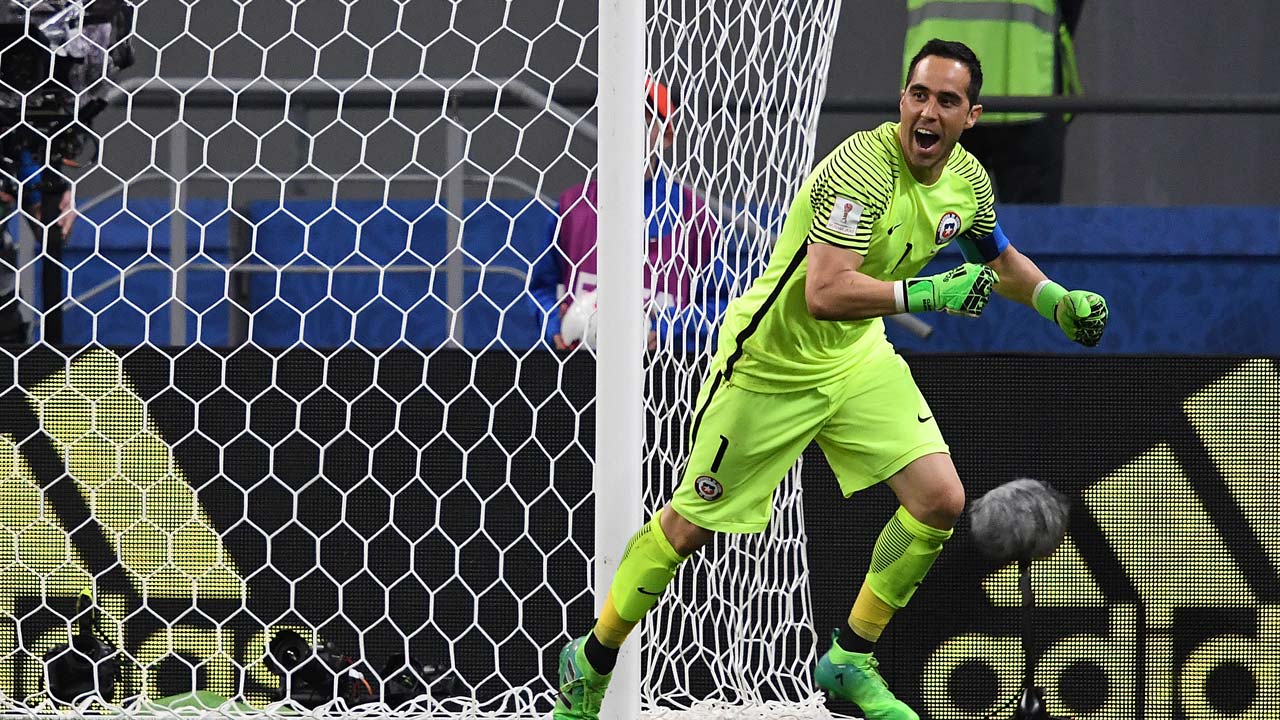 Chile's goalkeeper Claudio Bravo celebrates after Chile won the 2017 Confederations Cup semi-final football match in a penalty shoot out against Portugal at the Kazan Arena in Kazan on June 28, 2017. Kirill KUDRYAVTSEV / AFP 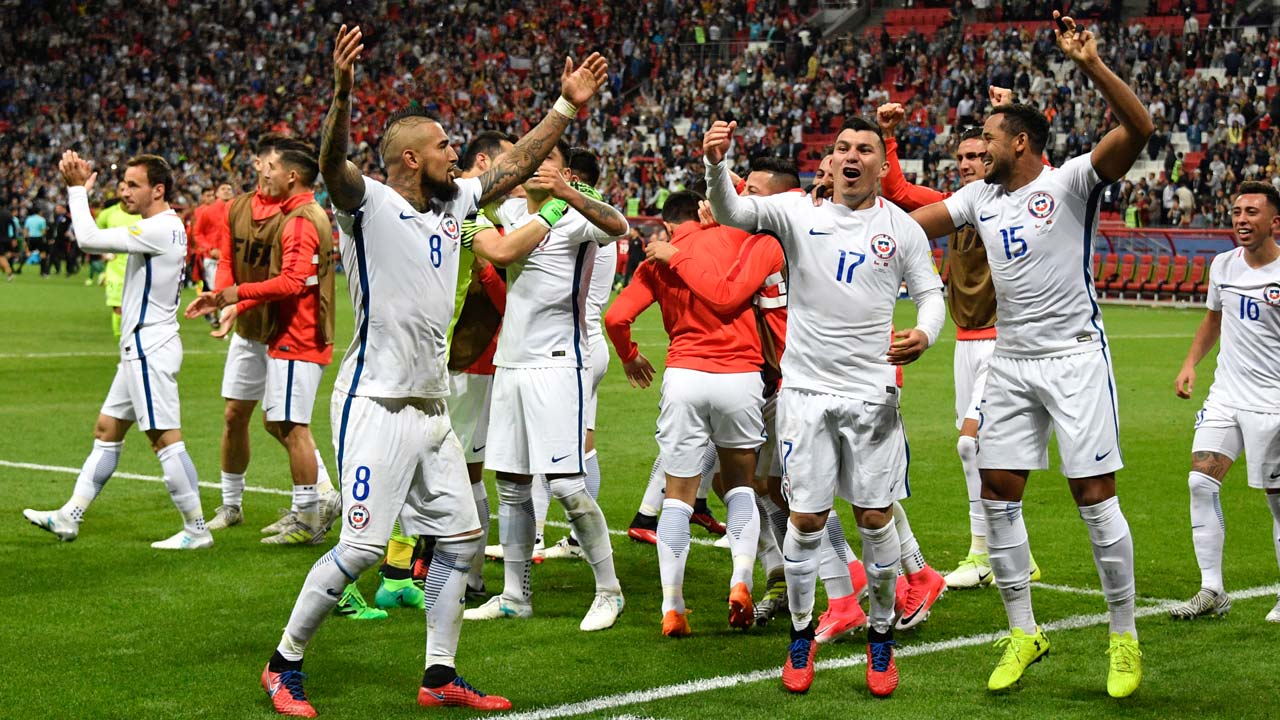 Chile's midfielder Arturo Vidal (L-8) and teammates celebrate as Chile goes into the finals of the 2017 Confederations Cup semi-final football match after beating Portugal in a penelty shoot out at the Kazan Arena in Kazan on June 28, 2017. Alexander NEMENOV / AFP 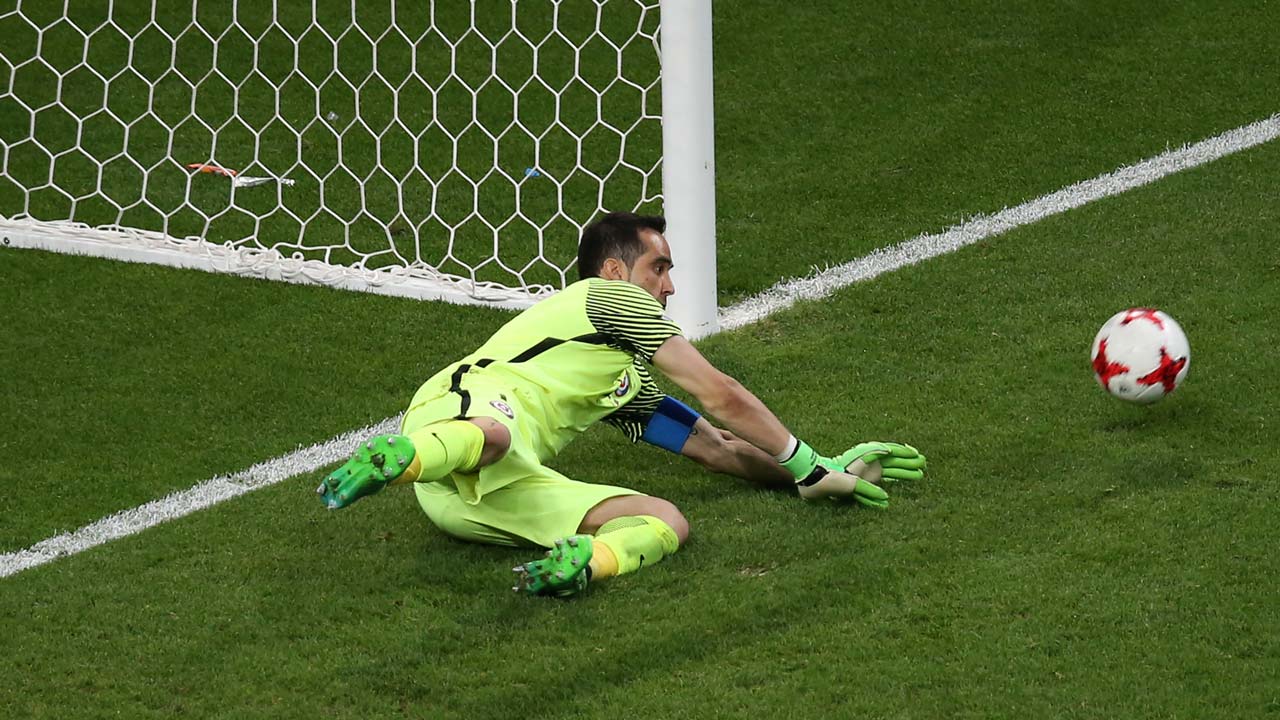 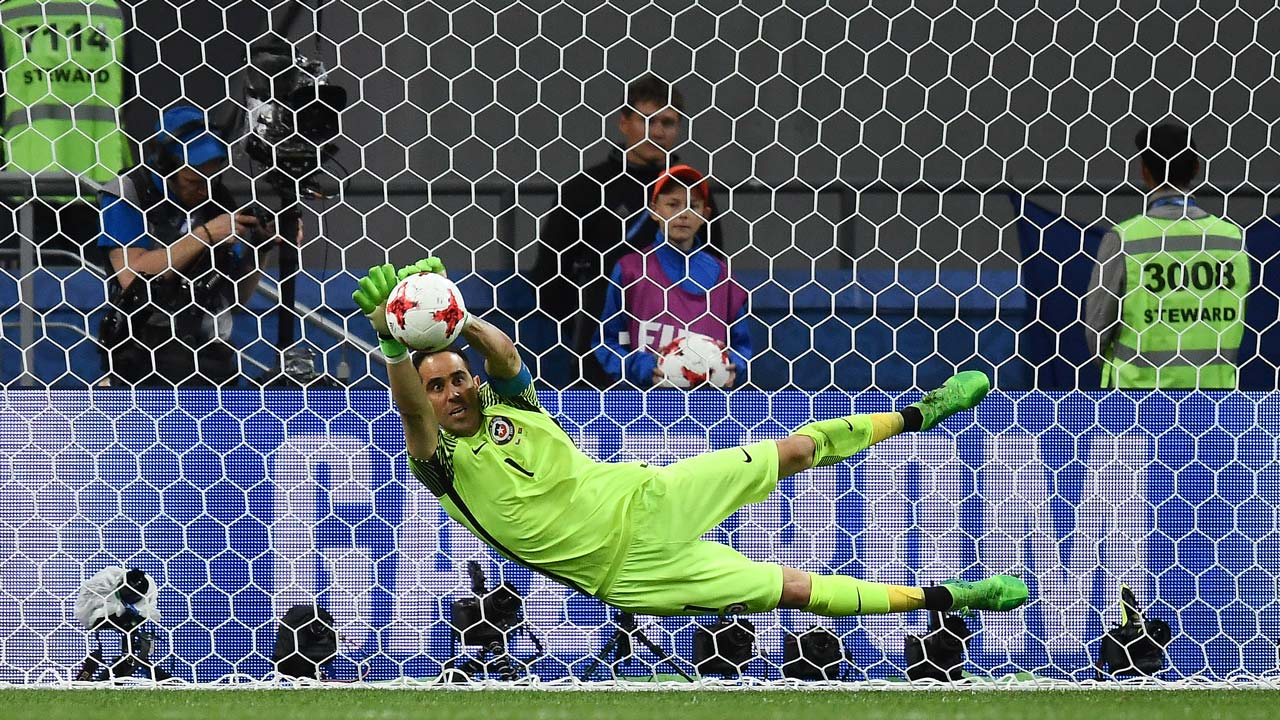 Chile's goalkeeper Claudio Bravo blocks the ball by Portugal's forward Ricardo Quaresma during a penalty shootout during the 2017 Confederations Cup semi-final football match between Portugal and Chile at the Kazan Arena in Kazan on June 28, 2017. FRANCK FIFE / AFP
Claudio Bravo was Chile’s hero on Wednesday as they beat Portugal 3-0 in a penalty shoot-out in the Confederations Cup semi-finals.

Chile progress to Sunday’s final in St Petersburg to face either Mexico or Germany, who meet Thursday in Sochi in the other semi-final.

Chile almost settled Wednesday’s match in the dying stages of extra-time when both Vidal and substitute Martin Rodriguez hit the woodwork as Portugal hung on to take the game to a shoot-out.

The defeat in Kazan will be bitterly disappointing for Portugal’s superstar forward Cristiano Ronaldo.

The Real Madrid star, who is facing doubts about his future in Spain as he prepares to answer allegations of tax evasion in a Madrid court next month, had won man-of-the-match awards in all three group matches.

Before kick-off in Kazan, Manchester City’s new signing Bernardo Silva shook off a foot injury he suffered in the 4-0 drubbing of New Zealand to make Portugal’s starting line-up.

Up front, AC Milan’s 21-year-old striker Andre Silva partnered Ronaldo, but the pair endured a frustrating night at the hands of Chile’s defence.

The game got off to a frantic start which demanded early saves from both goalkeepers.

With just six minutes gone, Sanchez put a superb pass in behind the defence, which landed just in front of Eduardo Vargas, but Portugal’s goalkeeper Rui Patricio blocked the shot.

At the other end moments later, a low Ronaldo cross put Andre Silva in space, but Bravo smothered the effort at close range.

Aranguiz twice went close with efforts on the Portugal goal in the opening half and it was end-to-end stuff again after the break.

Chile’s Vargas forced Patricio into another reflex save, while Ronaldo fired at Bravo when Portugal counter-attacked immediately.

Ronaldo sent a free-kick just over and had a shot blocked as both sides attacked relentlessly, but the scores remained goalless and the game went to extra time.

There was no let up in the pace as Portugal’s Andre Gomes went close while Sanchez headed Mauricio Isla’s cross from the left just wide of the post.

Joao Moutinho came on for Adrien Silva, who had worked tirelessly in midfield for Portugal, in the first period of extra time.

With time almost up, Chile had a penalty appeal turned down when substitute Francisco Silva appeared to be fouled by Fonte in the area before Vidal, then Rodriguez rattled Portugal’s woodwork.