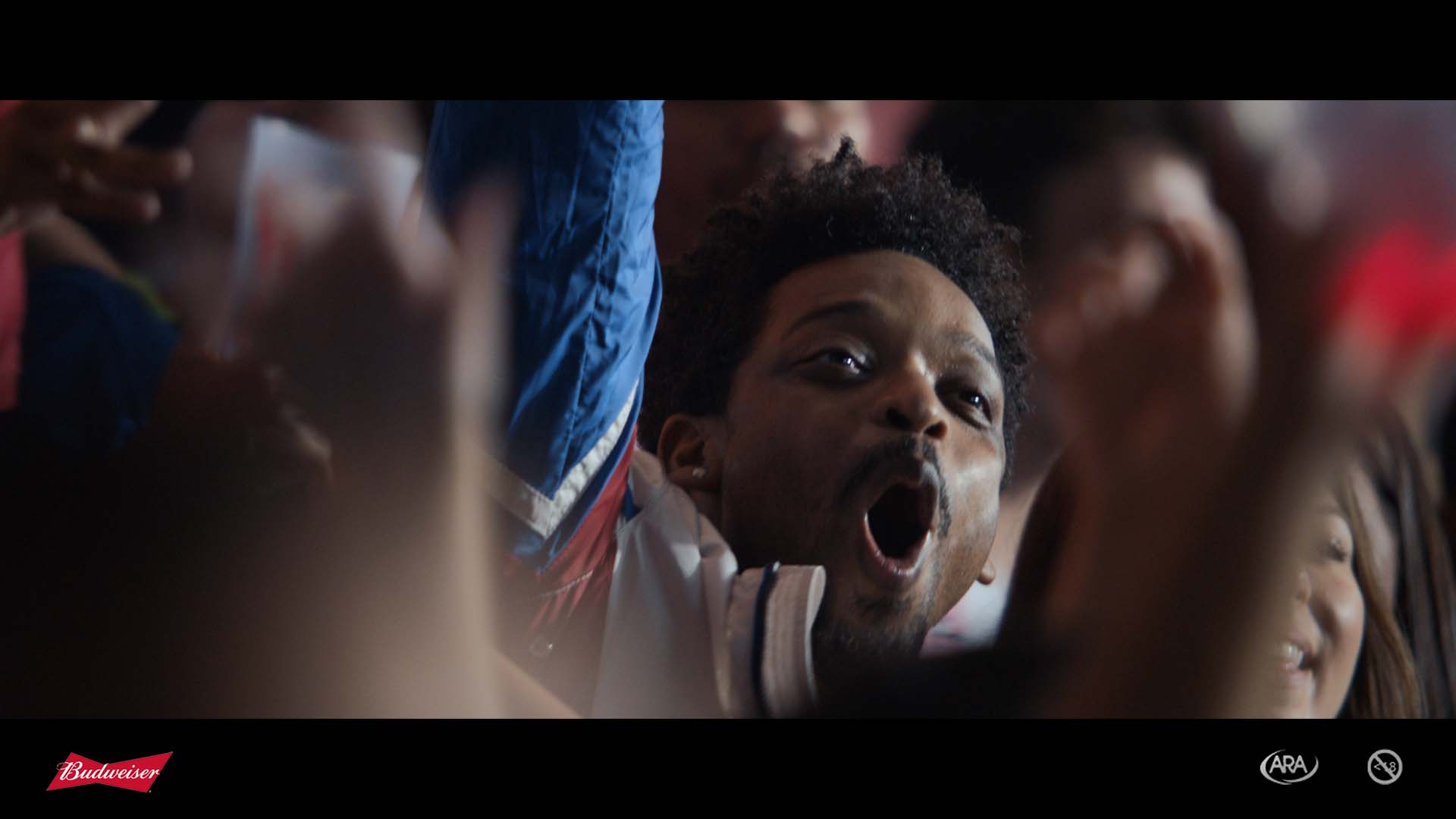 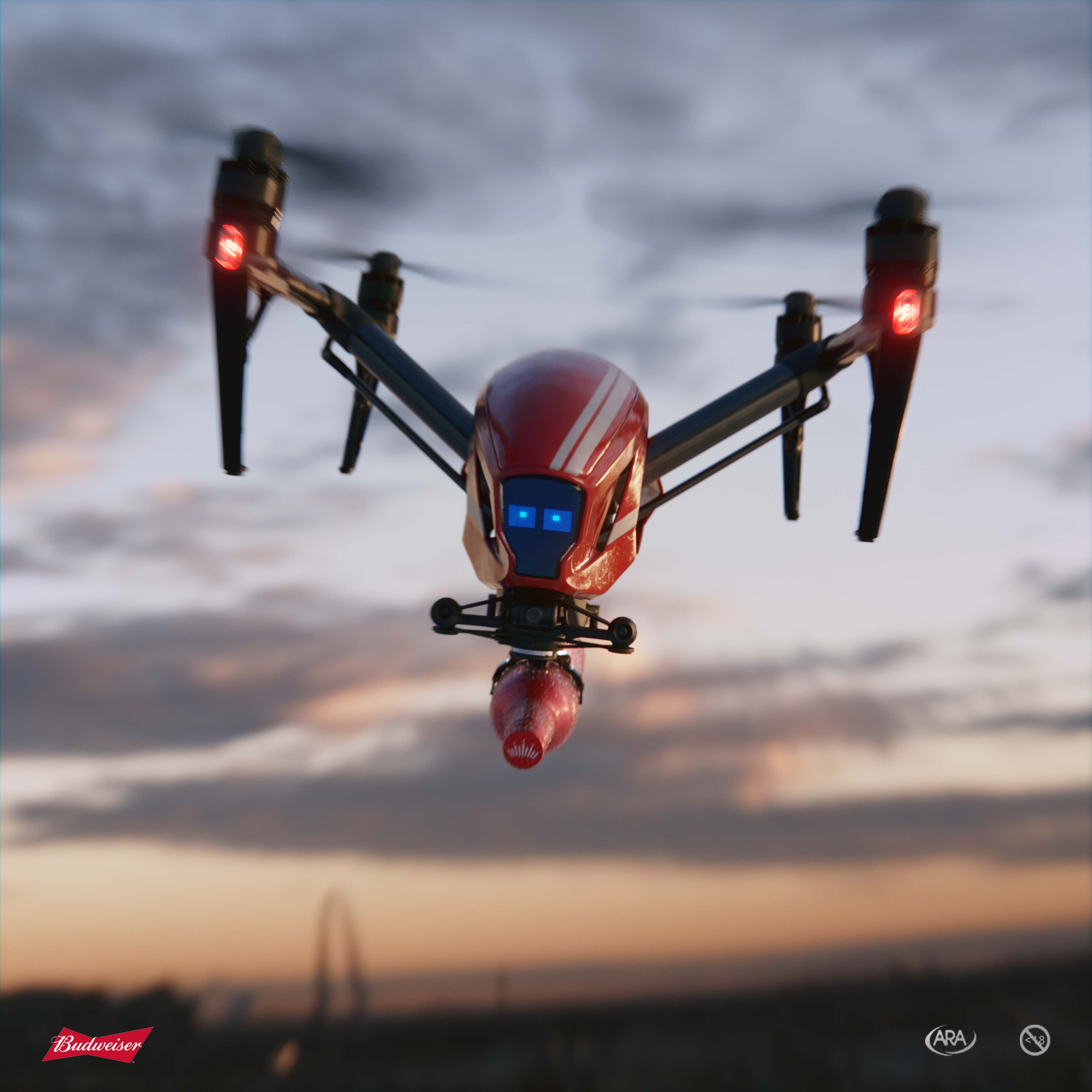 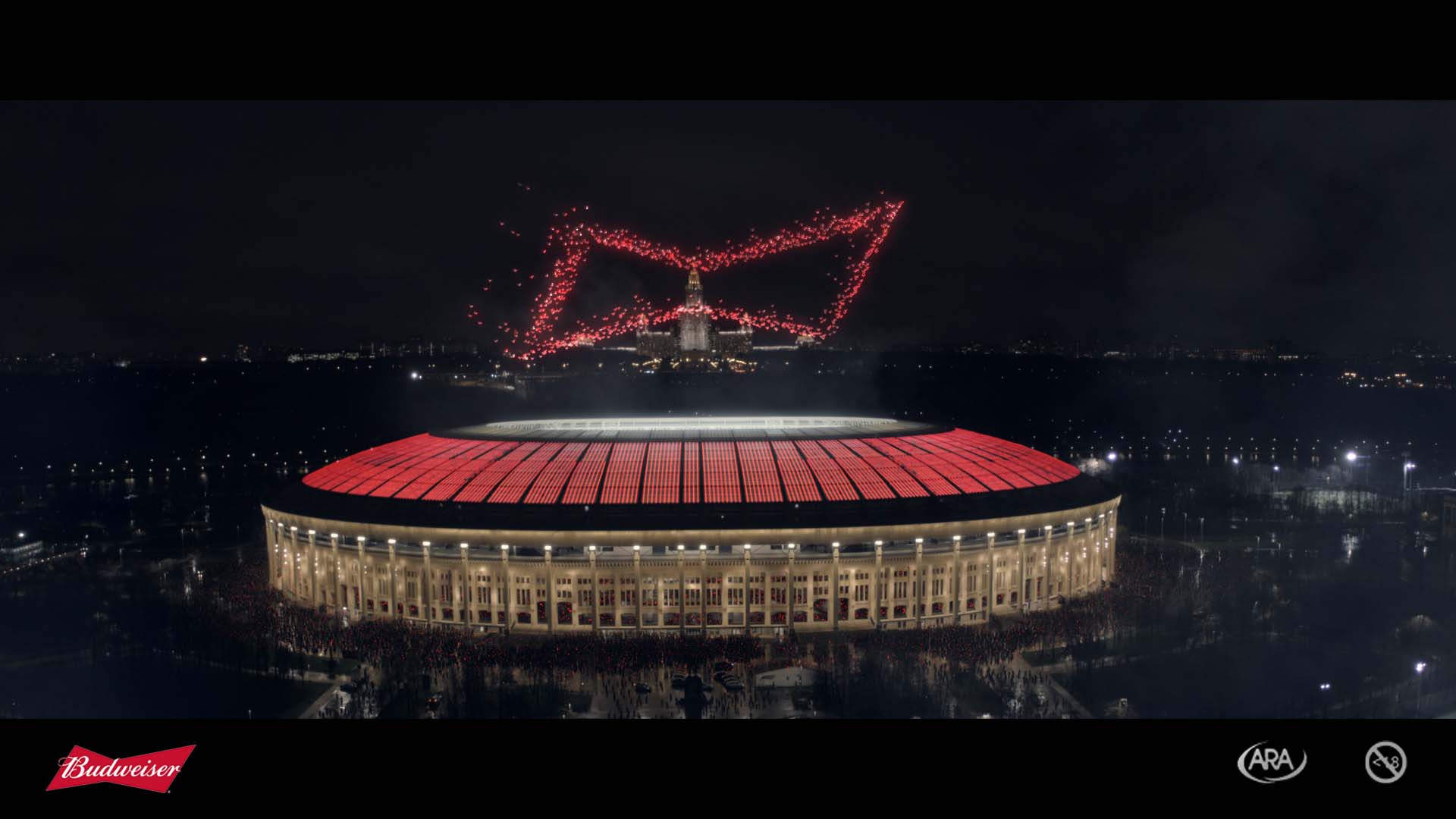 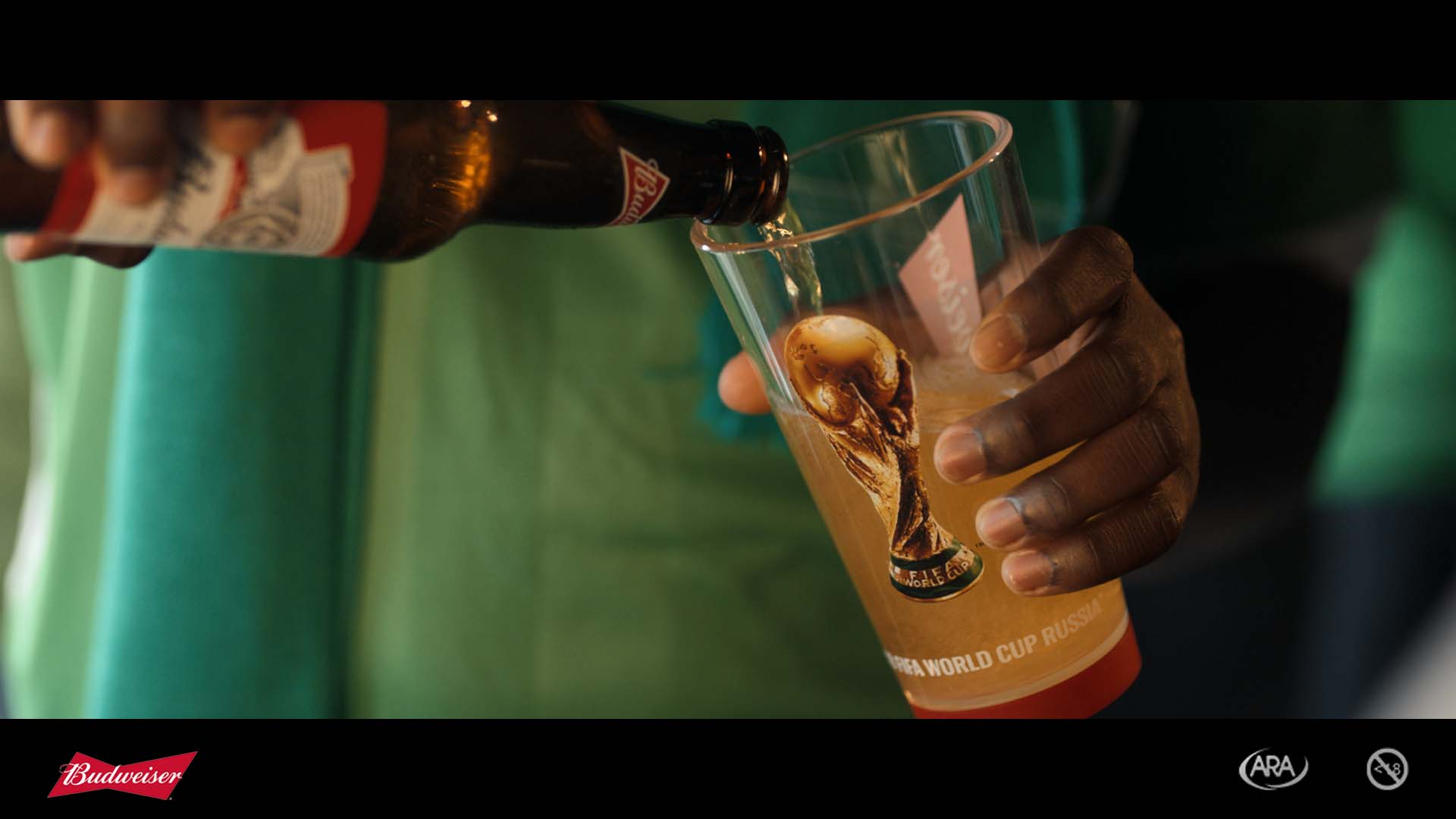 The Official Beer of the 2018 FIFA World Cup™, Budweiser has launched its new global campaign “Light Up the FIFA World Cup.” Major highlights of the campaign features the largest beer delivery to date and a selection of integrated experiential, digital and social programs happening worldwide.

“Light Up the FIFA World Cup” encapsulates the unparalleled euphoric energy of the world’s biggest sporting event and is Budweiser’s largest campaign to date, which includes a variety of fan programs running in almost 100 countries worldwide.

The ad spotlights the journey of thousands of drones as they carry Budweiser from the St. Louis brewery through Lagos and head for Moscow with the ultimate goal of delivering a stadium full of fans with Budweiser Beer. A hero drone, Bud 1876, is seen overcoming a dramatic journey around the world, full of obstacles, culminating with an arrival to Luzhniki Stadium in Moscow to deliver a Budweiser to the lone beer-less fan in the stadium.