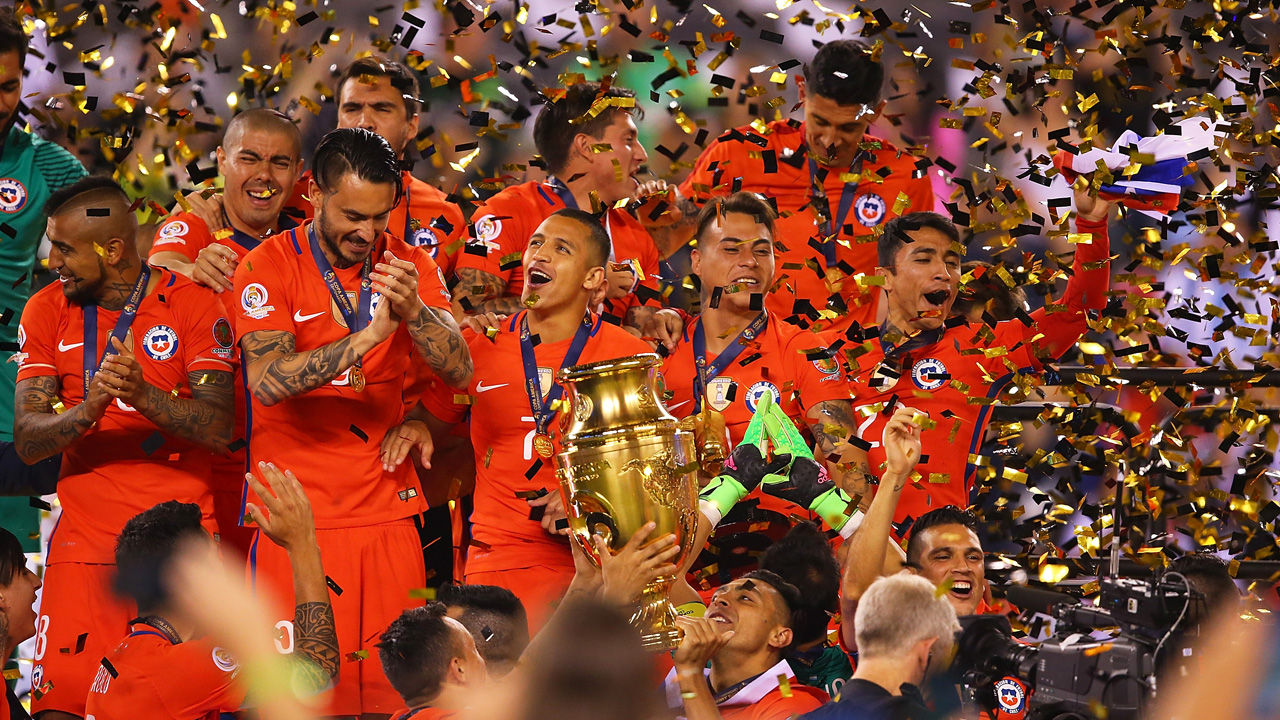 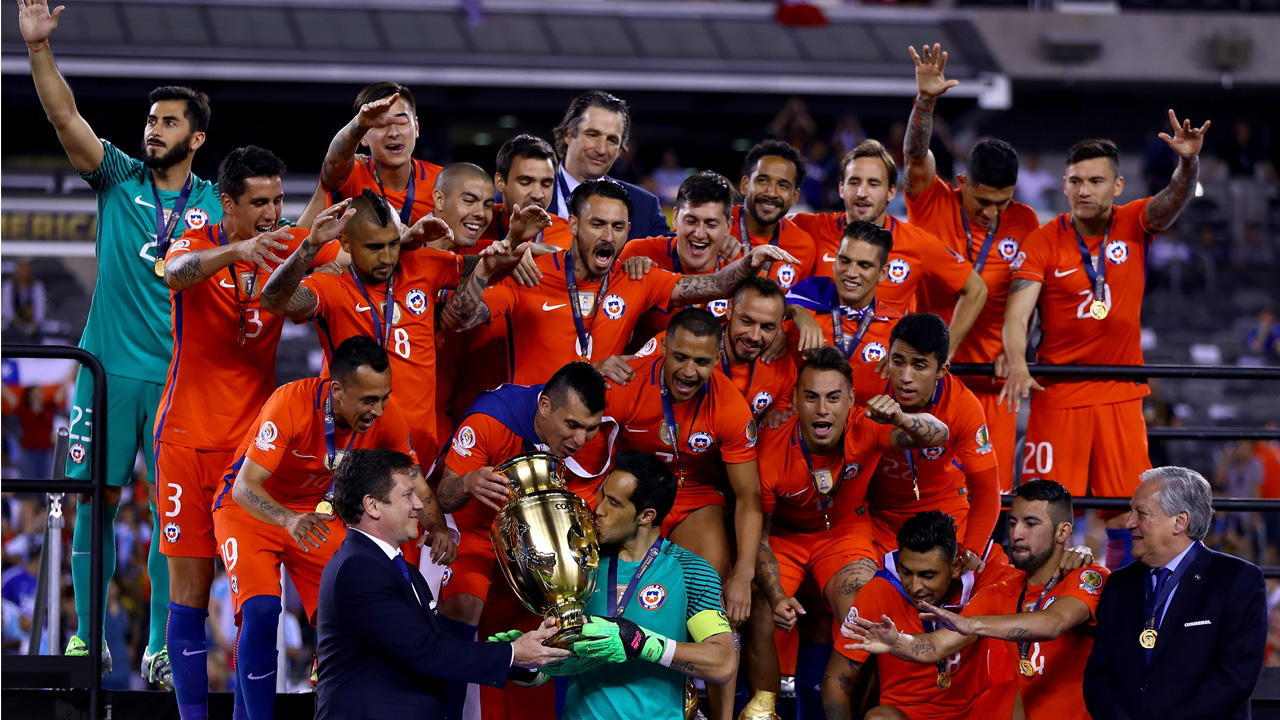 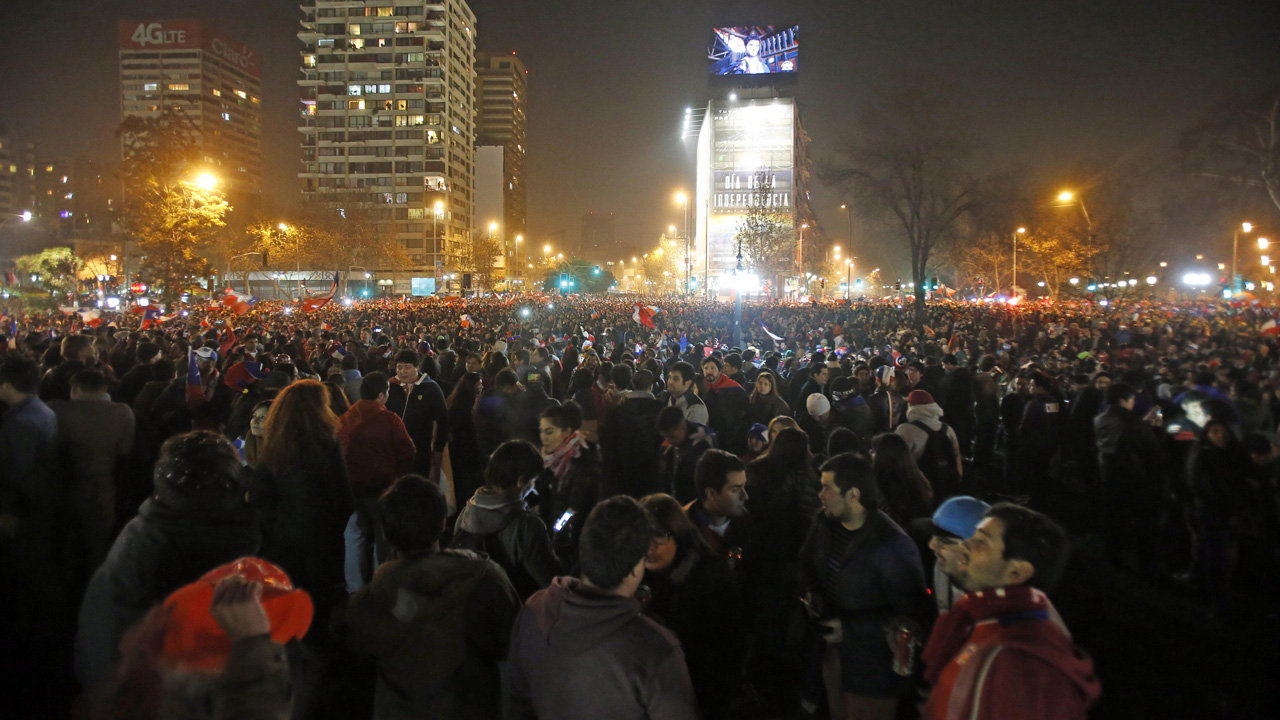 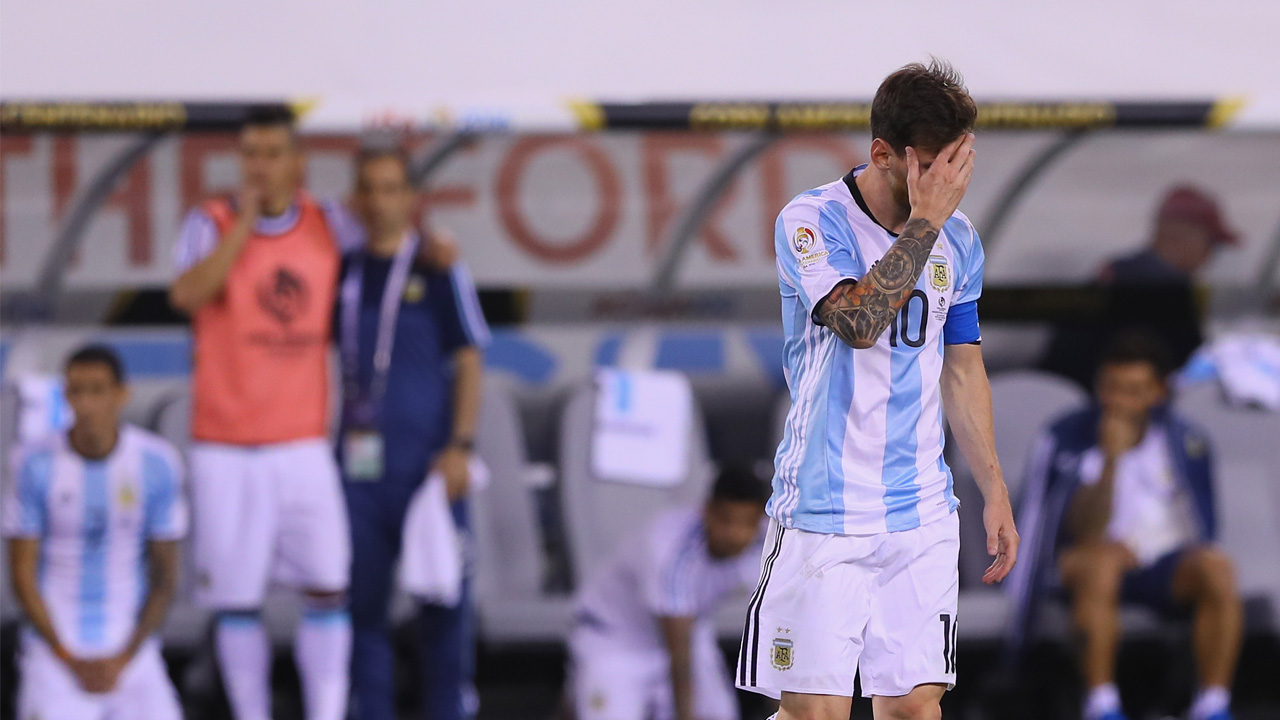 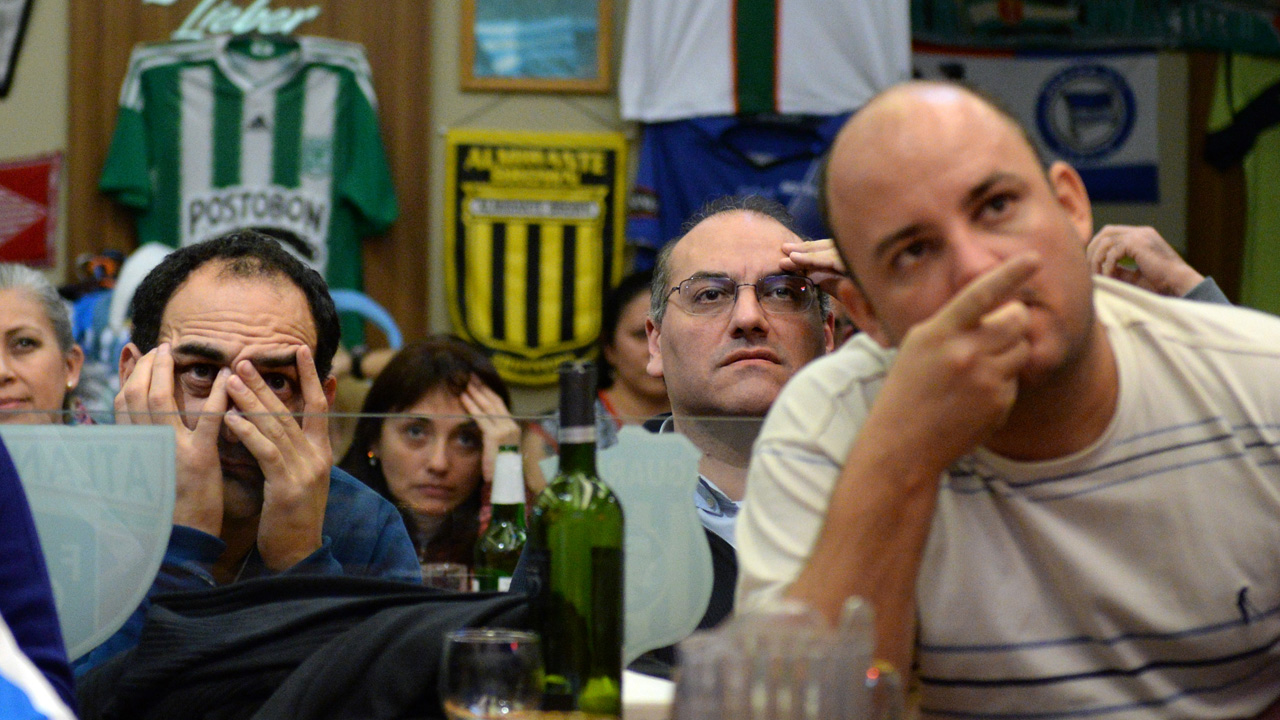 Messi blazed a penalty over the bar in the shoot-out before Lucas Biglia missed to leave Chile’s Francisco Silva with the task of stroking home the winning spot-kick at the MetLife Stadium.

It was a carbon copy of last year’s Copa America final, also won by Chile on penalties after a goalless draw.

Argentina’s players meanwhile were left disconsolate as they digested a third defeat in a major final following losses to Germany in the 2014 World Cup and Chile in last year’s Copa.

The defeat also ensured Argentina’s 23-year wait for a major title — and a first for five-time world player of the year Messi — continued.

The final had gone to penalties after finishing deadlocked at 0-0 after 120 minutes.

Both sides were reduced to 10 men in the first half as Brazilian referee Heber Lopes struggled to get a grip on an ill-tempered contest played in front of a crowd of 82,026.

The first yellow card of the match came in the 16th minute when Marcelo Diaz brought down Messi with a cynical hack across the thighs as the Barcelona star advanced on the Chilean goal.

Argentina should have taken the lead on 21 minutes when a defensive blunder from Gary Medel, miscontrolling a back pass, allowed Gonzalo Higuain to go clean through on goal.

– Chile let-off –
Higuain had time and space but opted to lift his shot over the advancing Bravo and it rolled wide of the post in a huge let-off for Chile.

It was a nightmarish case of deja vu for Higuain, who missed potentially match winning chances in both the 2014 World Cup final and last year’s Copa America.

Seven minutes later Chile were left rocking when Messi burst forward only to be bodychecked blatantly by Diaz.

For a moment it appeared that referee Lopes had forgotten Diaz’s earlier caution but eventually he brandished a red card and Chile were down to 10.

It ought to have been a warning to both sides but the spiteful tone continued for the remainder of the half, with Javier Mascherano and Arturo Vidal next into the book in the 37th minute.

The next flare-up came on 40 minutes when Messi darted into the box at high speed and tumbled over following a collision with Jose Pedro Fuenzalida.

Chile’s players surrounded Lopes demanding a yellow card for a dive and Messi was duly booked even though it looked for all the world as if he had simply gone down after being caught off balance.

– Rojo red –
Two minutes from half-time and Lopes was reaching for a red card, this time sending off Manchester United’s Marcos Rojo for a rough tackle on Vidal.

The cards continued in a fractious start to the second half, Jean Beausejour booked for hacking at Gabriel Mercado.

A cynical foul on Messi by Charles Aranguiz resulted in another yellow card.

The introduction of Sergio Aguero for Higuain had little effect with Argentina failing to break the stalemate.

Chile striker Eduardo Vargas went close on the 80th minute, thumping a fierce low shot that Romero did well to block at his near post.

Aguero had a chance to steal victory in the 84th minute when he was worked into space on the right of the box but he blazed his shot high and wide.

There was still time for late drama when Ramiro Funes-Mori made a stunning match-saving block to deny Alexis Sanchez.

From the Argentinian counter-attack, Messi surged forward from halfway to shoot wide.

Amid suffocating tension in extra-time, Chile had the best early chance to score in the 98th minute when he headed Edson Puch’s cross only to be denied by Romero.

Aguero then drew a fine save from Bravo with a looping header.

After that there was little in the way of chances, leaving the game to hinge on the penalty shoot-out.

Politics
ASUU strike: APC chief blames SAP for crisis in educational sector
2 hours ago
The National Vice chairman. (North West) of the ruling All progressive congress (APC), Dr Salihu Lukman yesterday blamed the structural adjustment programme for the crisis in the educational sector of the country.
World
Calls for peace as Kenya awaits results of tight presidential race
2 hours ago
Kenyans prayed for peace Sunday as they waited anxiously for the final outcome of the presidential election, with the two frontrunners almost neck and neck, according to partial official results.
Nigeria
UK trainer applauds Akwa Ibom leadership model
2 hours ago
United Kingdom, the UK-based trainer on Leadership, Diana Young, has stressed the need for leaders to connect with his followers with the right approach and showing warmth in different ways to make the team members feel smart.
Nigeria
NUJ inaugurates The Guardian Chapel, promises better welfare for members
2 hours ago
The Nigeria Union of Journalists (NUJ), last week Thursday, swore in the newly elected executive members of The Guardian Chapel. The oath of office and swearing-in was administered by the Chairman of the Lagos State Council of the union, Mr Adeleye Ajayi. The new officers of The Guardian Chapel are: Tope Templer Olaiya as Chairman,…
Nigeria
Ghana High Commission refutes Akufo-Addo’s alleged letter advising Tinubu to step aside for Peter Obi
2 hours ago
The Ghanaian High Commission in Nigeria has said that President Nana Akufo-Addo did not write the All Progressives Congress (APC) Presidential flag-bearer, Bola Tinubu to step aside for the Labour Party..

Sport
Barcelona, Man City agree fee for Torres
22 Dec 2021
Barcelona has agreed on a fee worth an initial 55 million euros ($62 million, £47 million) for Manchester City forward Ferran Torres, according to reports in Spain and England on Wednesday.

Sport
Eight LaLiga clubs in top four race
25 Dec 2021
While the Premier League plugs away with its traditional festive fixture schedule - even in the midst of an Omicron surge across the country - the other four major European leagues are taking a well-deserved rest.