Flamingoes crash out after 0-3 loss

Luiz , three other defenders set to leave Arsenal
3 hours ago  Sport
1 of 10 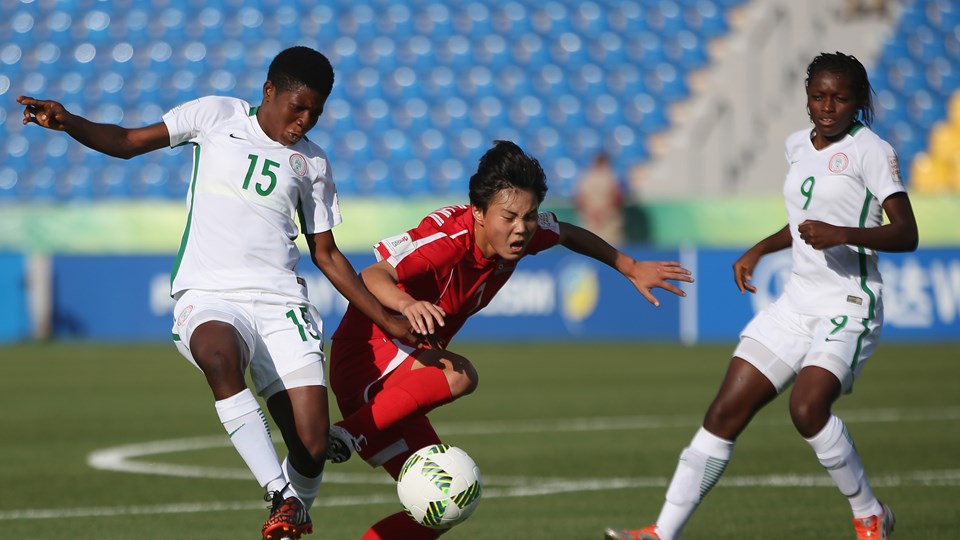 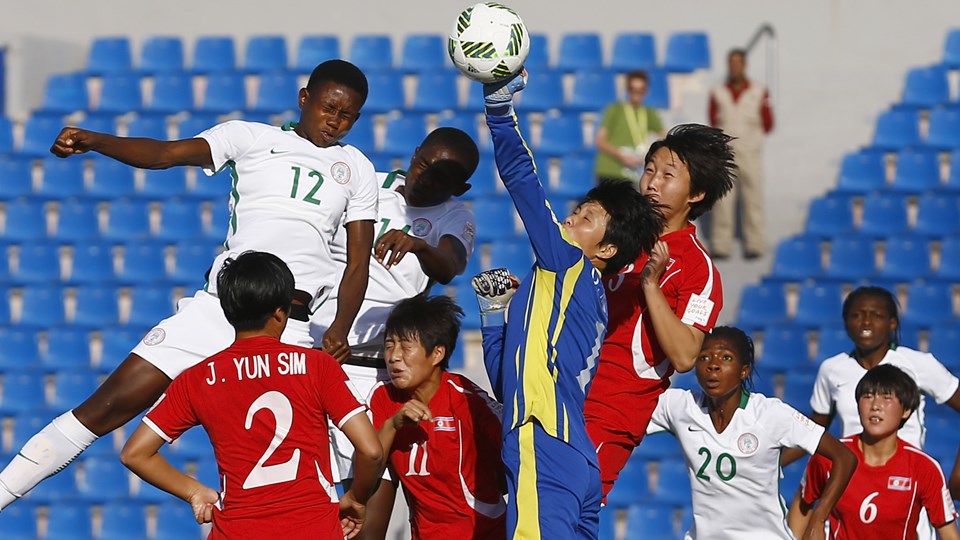 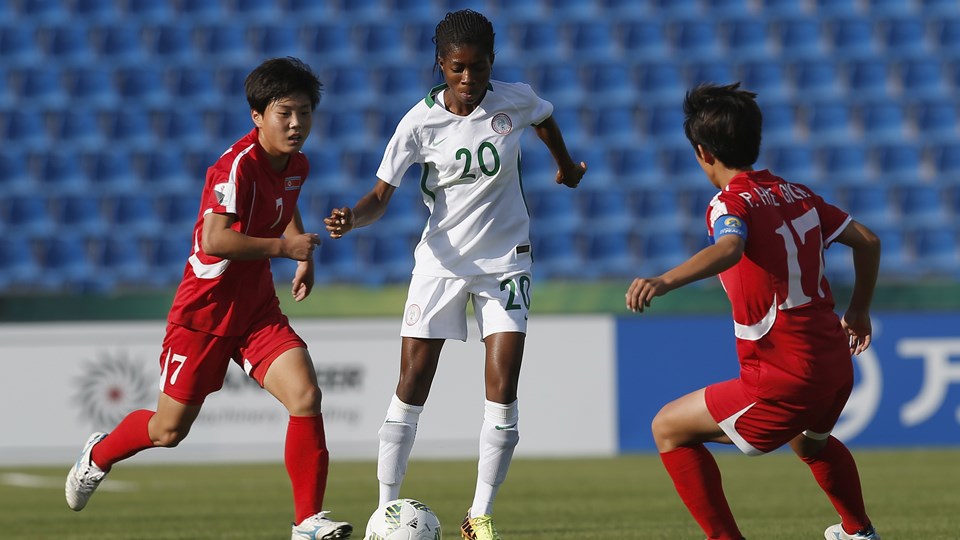 Nigeria’s Flamingoes on Saturday crashed out of the ongoing fifth edition of the FIFA Under-17 Women’s World Cup in Jordan, thus recording the country’s worst outing at the competition.

In this final match day fixture in Amman, needing victory to have hopes of advancing if England had lost to Brazil, the Nigerian side failed to rise to the occasion.

The match played at the Amman International Stadium saw the Flamingoes losing 0-3 to group leaders North Korea to fall apart and finish bottom of Group C.

After one draw (a 0-0 draw with England) and two losses (0-1 to Brazil and 0-3 to North Korea), Nigeria finished with just one point from three matches.

Ri Hae Yon scored a hat-trick for the Asians to progress to the quarter-final stage unbeaten with seven points from two wins and one draw in three matches.

Hot-shot Ri bagged a first-half double before notching her third on 83 minutes, bringing her tally to four goals in two games, as Korea DPR capped off a commanding victory.

Nigeria had started brightly with Rasheedat Ajibade, a menace throughout the opening 45 minutes through her blistering pace, forcing Ok Kum Ju to make a number of early stops.

In spite of early pressure from Nigeria, it was the 2008 champions who took the lead on the half-hour mark.

Ko Kyong Hui made a tackle on the halfway line and sent a long pass over the Nigeria defence, where Ri got onto the end of the bouncing ball.

She then only needed to just fire past goalkeeper Chiamaka Nnadozie.

They then doubled their advantage shortly before the break through Ri’s second of the day, who capped off a well-worked team move by slotting home from close range.

Ri then completed her hat-trick on 83 minutes after receiving Kim Jong Sim’s free-kick in the area and slotting a side-footed effort past Nnadozie.

The News Agency of Nigeria (NAN) reports that Nigeria had at the first edition in New Zealand in 2008 finished third in Group D after a win and a draw.

In 2010 at Trinidad and Tobago, the Flamingoes topped Group A which included North Korea whom they beat 3-2, after three wins from three matches.

They however went on to lose 5-6 to eventual winners South Korea after 120 minutes in the quarter-finals.

At the third edition in Azerbaijan in 2012, the Flamingoes were again Group a leaders, including beating the hosts 11-0, before losing again to another eventual winners.

They lost 3-5 after a penalty shootout, following a 0-0 draw with France in the quarter-finals.

NAN reports further that in 2014 at Costa Rica, they topped Group D after three wins, but lost 0-3 to runners-up Spain in the quarter-finals