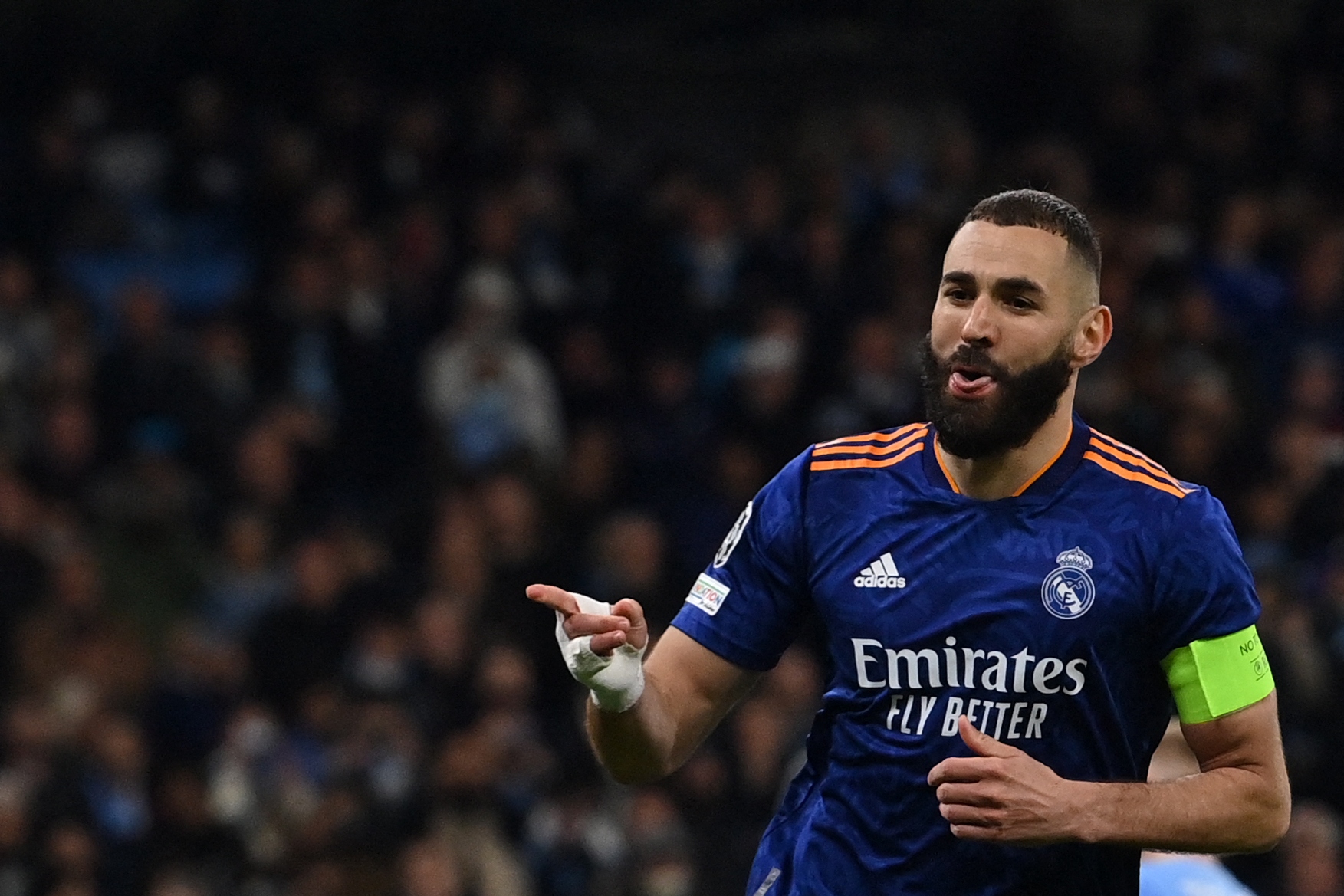 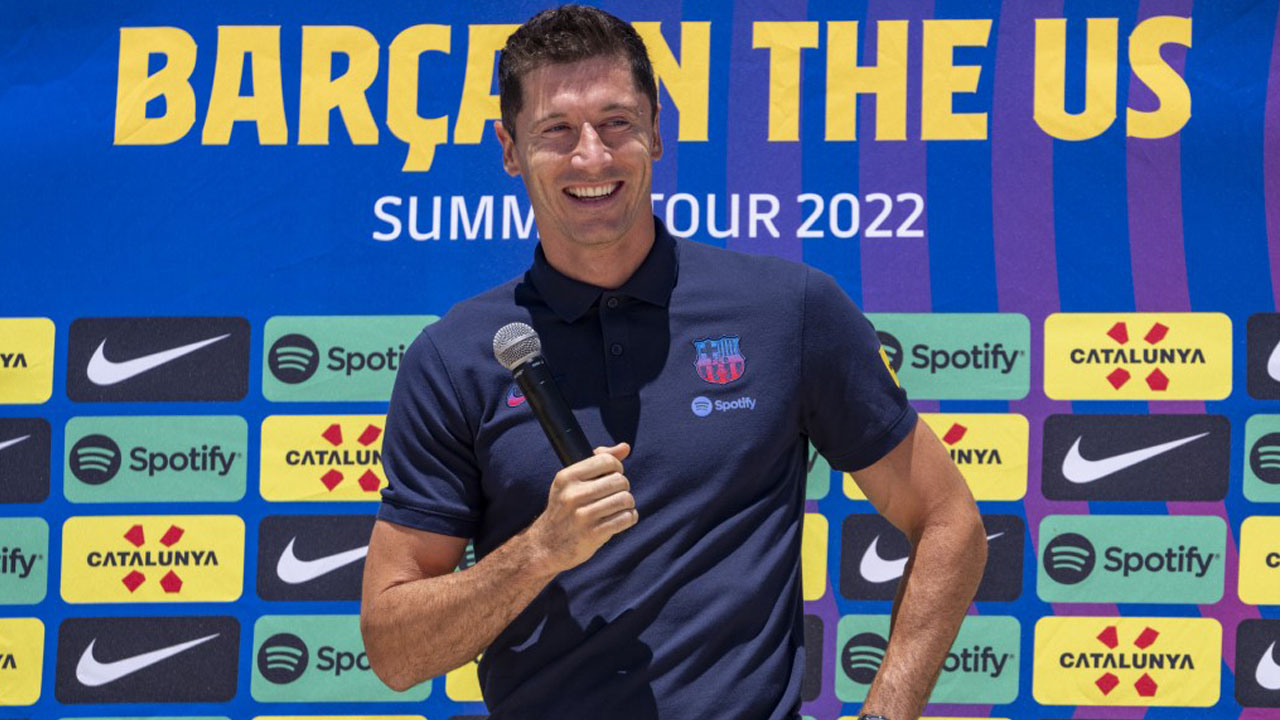 Barcelona take on Real Madrid in a pre-season Clasico friendly in Las Vegas on Saturday that promises to offer a glimpse into the future of the Spanish giants’ iconic rivalry.

The gaudy gambling captial in the Nevada desert is more commonly associated with hosting blockbuster heavyweight boxing contests than clashes between members of European football’s aristocracy.

But for one night at least, just a stone’s throw from the shimmering neon lights of the Vegas Strip, the beautiful game will take top billing as Barca and Real face off at the 65,000-capacity Allegiant Stadium, home of the Las Vegas Raiders NFL team.

The friendly looks set to provide a taste of what the next chapter of Barcelona and Real Madrid’s rivalry may look like.

With the likes of Lionel Messi and Cristiano Ronaldo long gone from Barcelona and Real respectively, a slew of new signings will be in the spotlight when the two teams take to the field for a game that kicks off at 8pm local time (0300 GMT Sunday).

Benzema has joined up with Real in Los Angeles this week after being granted an extended vacation by the club.

Although earlier reports suggested Benzema would play no part in Saturday’s Clasico, manager Carlo Ancelotti picked the striker to lead the line in a practice game at the UCLA Campus on Thursday, alongside Federico Valverde and Brazilian star Vinicius.

Ancelotti is also likely to give a run-out to new signings Antonio Rudiger, who joined from English club Chelsea, and former Monaco midfielder Aurelien Tchouameni.

“The signings bring great quality to the squad,” Ancelotti said this week.

“They are in the best we could find on the market. Rudiger is a great centre-back and Tchouameni is great, very young and has a lot of potential.”

‘Never an exhibition’
Ancelotti has hinted that he may use Real’s three-game US tour as an opportunity to experiment with his forward line, citing the unusual mid-season disruption that will come this year due to the first ever World Cup being held in the middle of the European football calendar.

“Benzema is first choice but we have to understand that it will be a strange season, with the World Cup in between and we have to look at different options,” Ancelotti said.

One of those options may involve deploying Eden Hazard as a false nine, Ancelotti said.

While many pre-season games often have the feel of glorified practice games, Ancelotti insisted that the mutual antipathy between Real and Barcelona ensured that Saturday’s clash would have an edge.

“It will be a very, very competitive match. It is never an exhibition against Barcelona. It will be a spectacle,” Ancelotti said.

Ancelotti’s Barcelona counterpart, Xavi Hernandez, will also have the chance to run the rule over the club’s summer signings.

Bayern Munich sharpshooter Lewandowski is the club’s marquee acquistion, but Barcelona have also invested heavily to bring in Brazilian forward Raphina from Leeds as well as midfielder Franck Kessie from AC Milan and defender Andreas Christensen from Chelsea.

Lewandowski was unveiled by Barcelona on Wednesday but did not play in the previous night’s 6-0 thrashing of Inter Miami.

The Polish star is desperate to get to work though with his new teammates and could be set for a Clasico debut on Saturday.

“I am always hungry to succeed and have the winning mentality,” Lewandowski said this week. “This is a new challenge for me and I have already seen this is a squad with huge potential.

“There is a lot of quality and I want to do my best for the club. I am ready.”

Sport
Benzema: The good, the bad and the ugly side of French football
4 Jun
French football star Karim Benzema, who provokes passionate opinions -- being adored or disliked in equal measure -- has made a spectacular return to "Les Bleus" despite the "sex tape" scandal in which he has finally

Sport
Kramaric penalty rescues Croatia against France in Nations League
6 Jun
Andrej Kramaric scored a late penalty as Croatia salvaged a 1-1 draw at home to world champions France on Monday that left both teams still chasing a first win in the Nations League.

Sport
From Lewandowski to Mane: Transfer window movers to watch
9 Jun
Kylian Mbappe is staying at Paris Saint-Germain and Erling Haaland is on his way to Manchester City, but plenty more big-name stars are on the market as the summer transfer window opens in Europe.