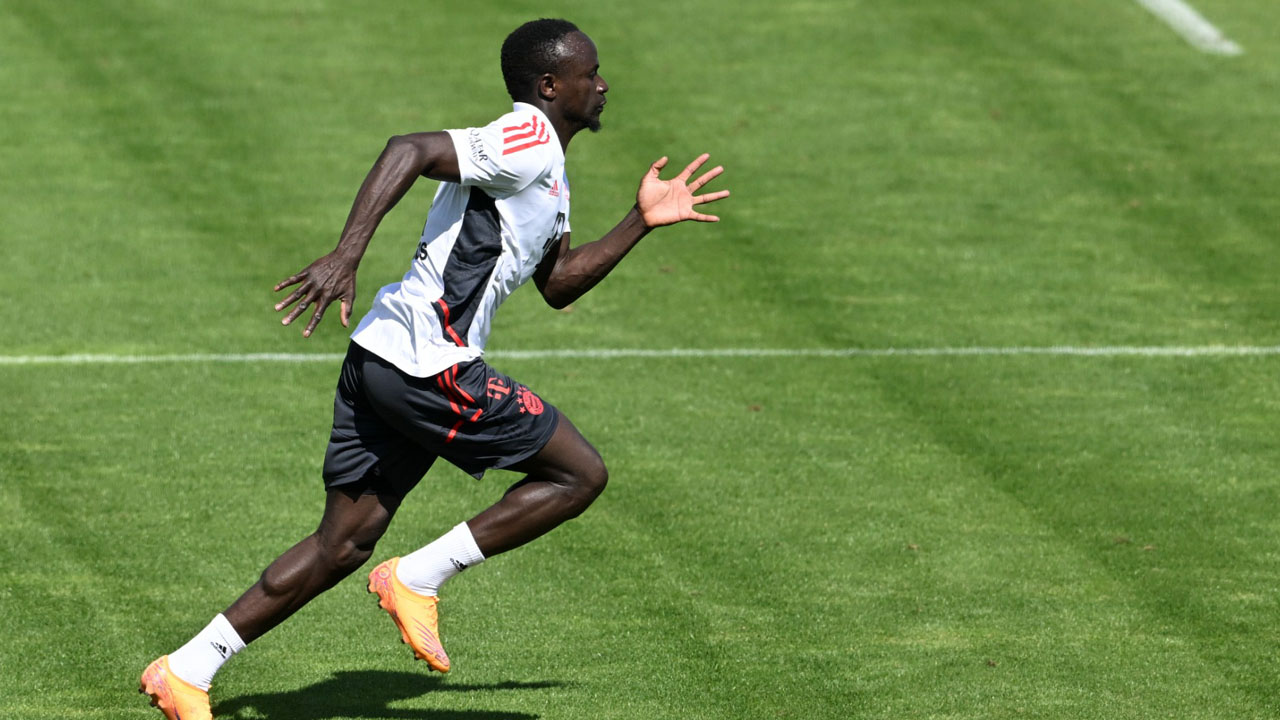 Mane was a key figure in the Senegal team that defeated Salah-captained Egypt in the 2021/2022 Africa Cup of Nations final and in a 2022 World Cup play-off.

Both the African title decider in Cameroon and the Qatar eliminator in Senegal were won by the Teranga Lions after penalty shootouts.

Mane scored in each shootout while the final was decided before Salah could take his kick, and he blazed wide in the play-off.

The Senegalese successes have made Mane a favourite to win a second straight Player of the Year award after 2019 — the following two editions were cancelled due to the coronavirus pandemic.

Should Mane win in the Moroccan capital, he will become the first Bayern Munich star to be voted the top African footballer.

The closest a player from the German giants has come to winning was in 1999 and 2001 when Ghanaian Samuel Kuffour finished second.

Mane moved to Bayern last month on a three-year deal after joining Liverpool in 2016 from Southampton and Anfield boss Jurgen Klopp calls him “a complete forward”.

“My only criticism of Sadio is that maybe at times he is the only one not to realise just how good he is.”

Liverpool defender Andy Robertson hailed the predatory instincts of the 30-year-old: “Whenever he is in front of the goal you do not think he will miss.”

Salah lifted the award in 2017 and 2018 and the victory of Mane the following year raised to four the number of winners from Liverpool with another Senegalese, El Hadji Diouf, topping the 2002 vote.

Algeria captain and Manchester City winger Riyad Mahrez is the other former winner among the 10 nominees having come first in 2016 after helping rank outsiders Leicester City become Premier League champions.

Mahrez and Algeria have struggled lately, however, with the defending champions making a humiliating first-round exit from the Cup of Nations, then losing a World Cup play-off against Cameroon.

The 10 candidates for the Club Player of the Year include Brazilian Tiago Azulao, whose chart-topping seven goals in the CAF Champions League took Angolan outfit Petro Luanda to a surprise semi-finals spot.

Ghana, notable absentees from the ongoing Women’s Africa Cup of Nations in Morocco after losing a first-round qualifier against Nigeria, have two representatives, Evelyn Badu and Doris Boaduwaa.

Nigeria, the powerhouse of women’s football in Africa for decades, have one candidate, highly decorated Asisat Oshoala, who plays for 2022 European Champions League runners-up Barcelona.

Ruled out of the Cup of Nations in Morocco by injury, Oshoala has been voted African Player of the Year four times, most recently in 2019.

Choosing the best women’s national team will be delayed until after the Cup of Nations final between Morocco and South Africa in Rabat on Saturday.

African football legends, CAF technical committee members, coaches and captains of national teams and of some clubs and selected media pick the winners.

Nigeria
2023 poll: APC, PDP rendered Nigeria world poverty capital, alleges Kachikwu
55 mins ago
The Presidential Candidate of the African Democratic Congress (ADC) Mr Dumebi Kachikwu says Nigeria has been reduced to the level of the poverty capital of the world due to poor governance under the people's democratic party (PDP) and the All progressive congress (APC) led administrations.
News
NSCDC partners Igbinedion university on personnel training
59 mins ago
As part of efforts to improve the capacities of personnel for enhanced performance, the Nigeria Security and Civil Defence Corps (NSCDC) and Igbinedion University, Okada, have agreed on a partnership to provide strategic training, research needs and scholarship for the corps
Business News
Pound hits record low versus dollar, markets hit by recession fears
1 hour ago
The pound hit a record low against the dollar Monday on surging fears about the UK economy after the government unveiled a huge tax-cutting budget.
Nigeria
Oil theft: IGP Confirms Seizure of 123 Oil Tankers by special taskforce
1 hour ago
The Inspector-General of Police, IGP Usman Alkali Baba, has confirmed the Seizure of no fewer than 123 Oil Tankers used in perpetrating oil theft.
Nigeria
LASTMA warns LagosRide operators against flouting traffic laws
1 hour ago
The Lagos State Traffic Management Authority (LASTMA) has warned operators/drivers of LagosRide Taxi in the state against disobedience to the Lagos State Transport Sector Reform Law of 2018.

Sport
Ancelotti keeps calm amid the storm to make Real Madrid champions again
29 May
Real Madrid is champions of Europe for a record-extending 14th time after Carlo Ancelotti's side beat Liverpool 1-0 in Paris on Saturday, but rarely have the Spanish champions taken a more chaotic road to glory.

Sport
Salah's Egyptian fans share in his Champions League misery
29 May
Donning Liverpool jerseys, Egyptian soccer fans cheered "Mo Salah! Mo Salah" even as they struggled to hide their disappointment over the Reds' loss to Real Madrid in the Champions League final.