Messi, Ronaldo, and the greatest player in history debate! 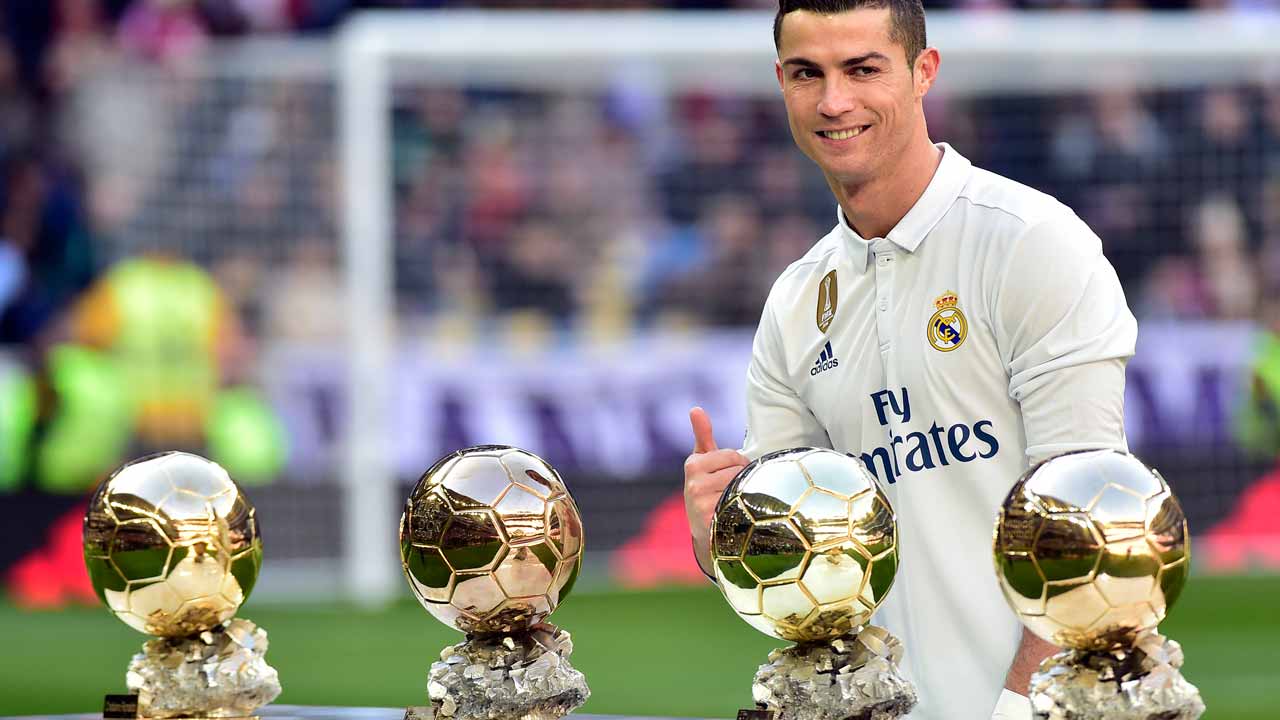 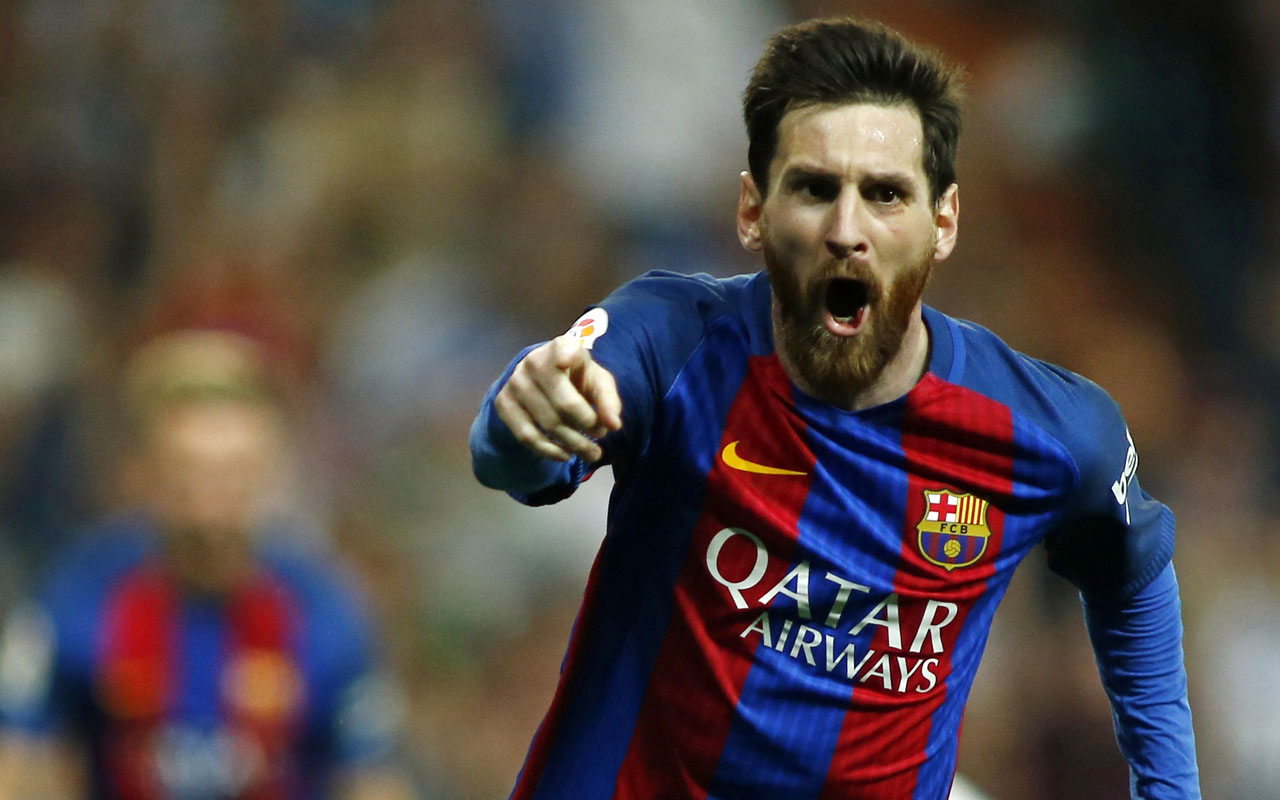 FC Barcelona goalkeeper Marc-Andre Ter Stegan thinks so – that Lionel Messi is the greatest player in the history of the game!
He joins millions of people around the world, including yours truly, who also think so and are celebrating the genius after another superlative performance last Sunday night at the 94 minutes El Clasico thriller at the Santiago Bernabue, against Real Madrid.

Messi scored a brace bringing his total number of goals for FC Barcelona in all competitions to a historic 500. Obviously, not everyone shares Ter Stegan’s sentiments and they have good reasons not to, always pointing in the direction of Pele and Maradona.

But the facts are very clear.
Lionel Messi has won the FIFA World Player of the Year and FIFA Ballon d’Or awards more times than any other player in history – a record 5 times! He may be on course to winning it a sixth time with the way he has been playing this season, and particularly after winning the personal battle with Cristiano Ronaldo, his closest rival, last Sunday.

Cristiano Ronaldo, who has won the same award 4 times, is slowing down rather fast. Indeed, at age 30 and with several new exciting challengers for the crown waiting in the wings, he is unlikely to catch up with Messi and win it again.

If the global awards, therefore, represent the summation of performances across all competitions every year, it should not be arguable at all who the greatest player in the history of the game is. Unfortunately, those who use a different yardstick and see beyond Lionel Messi do so, also, on good grounds too.

Messi has been the talisman of one of the most successful football clubs in the world, anchoring FC Barcelona to more European and World Club trophies than any other club this past decade. But his failure to register even a single success with Argentina in any intercontinental championship, including the World Cup, places a huge barrier in his path that he may never surmount unless a miracle happens and Argentina, somehow, win the World Cup in 2018 with Messi playing a big role.

It is on that premise alone that Pele and Messi’s fellow countryman, the iconic Diego Amanda Maradona, still garner more support on the matter of who the best player of all time is.

I have only ever seen a full 90 minutes match of the great Pele (the final match of the 1970 World Cup). So, my full appreciation of him is limited, from edited film footages of his best moves and goals, which do not tell the full story.

I have tons of footages of full matches of Maradona in his days at Napoli FC in the Italian Series A, plus most of the matches he played at the World Cups. So, I have a better and fuller appreciation of his audacious artistry and talent.

Lionel, of course, is here with us now delighting the world with his magical touch, his elegant play, his poetry in motion, his creative instincts, his immaculate precision passes, his nose for goals during play and from set-pieces, his extravagant skills and his modesty.  It is his modesty that baffles me the most.

I believe it is that (his modesty) which holds him back from being even better and more lethal than he is. He is unselfish in his play, and a dedicated team player.

Were he to be ‘selfish’, take more personal responsibility and chances by taking on defenders more often and unleashing the full array of his skills to try to win matches on his own individual strength as George Best did at his best, or Papillo Kanu Nwankwo when in his element, or Maradona when the going got tough in certain matches and he singlehandedly took on defenders to turn matches around, Messi would have probably won the World Cup for Argentina and erased any question about who the greatest player of all time is amongst the pool of greats in the history of the football.

So, in terms of individual performance match after match, week after week, mostly for club, in my humble opinion, Messi is untouchable. He has ruled European football, the best in the world in the modern football era, like no other, but has had to share the limelight with Cristiano Ronaldo.

Last Sunday was an opportunity to settle scores between them as they both enter the beginning of the twilight zone of their careers. Last Sunday’s El Clasico was a tribute to both men playing for two of the biggest clubs in the world, with both teams contesting for the ultimate trophy in domestic football in Europe this season.

The encounter had everything and more – drama, goals, bad misses, great saves by both goalies, individual displays, great moves, bad tackles, great officiating and so on. A true classic.

At the end, with one tooth lost in an elbowed tackle, mouth bloodied from the encounter, brought down several times during the encounter, Messi’s genius came to the fore twice during the match and both times he scored stunning goals that finally putting to rest the question of who is boss between the world’s current two best players.

His very last kick was the last kick of the match, a calmly and precisely struck shot, measured as with a tape, driven in a parabolic curve through the smallest of cracks in the defense, beyond the outstretched hands of a diving half blinded Keylor Navas, the Real Madrid goalkeeper. The ball settled at the back of the net on the dot of full time for Messi’s second goal.

With their individual performances on the night the matter of supremacy between the two geniuses may have been finally resolved in favour of the diminutive Argentinian.

I have not seen Messi play half as hard and as determined as he did in that match. He challenged for balls, was all over the pitch, took more personal responsibility, was popping shots at goal at every opportunity, and generally showed that he had something to prove.

Even uncharacteristically, when he scored the second of his two goals, he took off his shirt, stood for seconds in front of a stupefied crowd displaying his name and number at the back of his shirt, and nonchalantly and gladly accepting the yellow card shoved into his face by the centre referee for ungentlemanly conduct. It was so unlike Messi.

Even then I still thought he was a little economical with his performance in that match. He left everyone with a feeling that he still had more in the tank of his prodigious talent.

Ronaldo, on the other hand, was a shadow of himself, playing so poorly that, after the match, he was reportedly booed by his own fans. Through most of the match, blunder after blunder, he kept shaking his head in disbelief. He was very poor in front of goal and the toll of age showed in his once-rapid pace now turned slow-motion. There was, obviously, fire in his eyes but it could not burn anything. He spent the evening running around lamenting the failure of his legs to do the bidding of his head.

Finally, Lionel Messi may still win the FIFA Ballon d’Or one more time.  But until and unless he wins a major continental trophy with Argentina he will continue to be measured against the bigger international achievements of Maradona and Pele, and every time he will fall short!