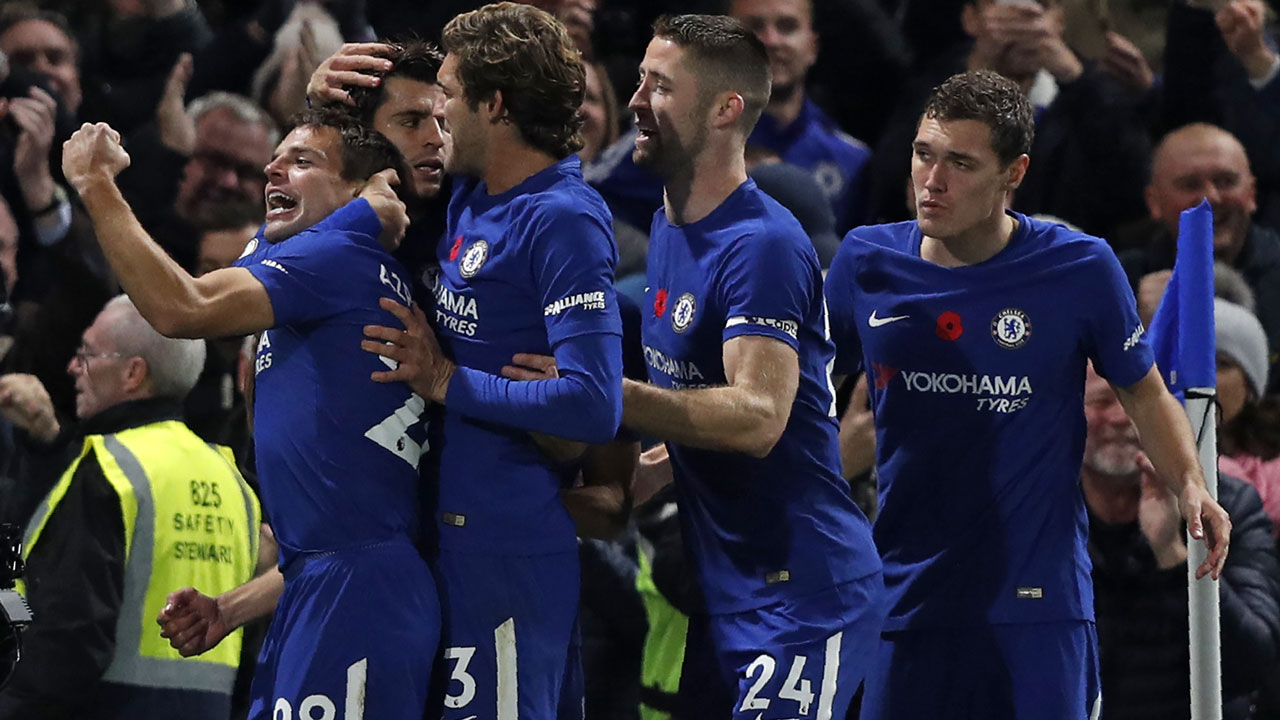 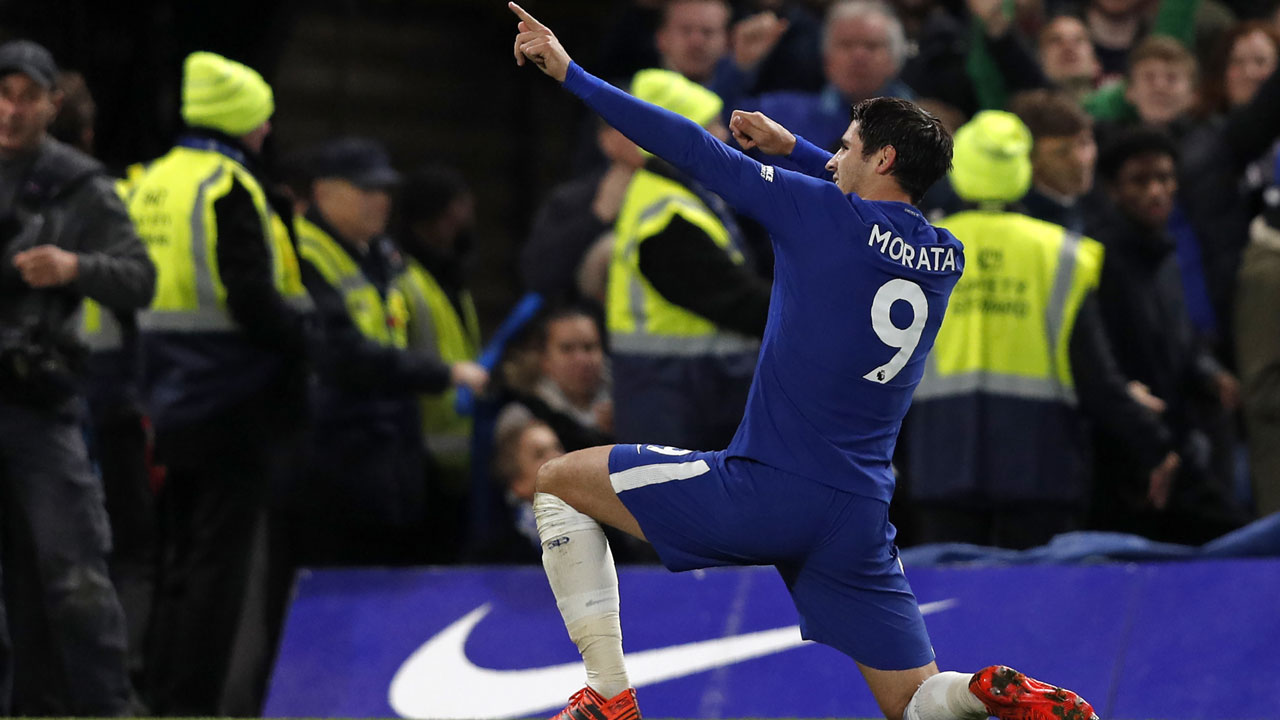 Chelsea striker Alvaro Morata condemned Jose Mourinho to another damaging defeat against his former club as the champions clinched a crucial 1-0 win over Manchester United on Sunday.

Morata rewarded an enterprising display from Antonio Conte’s side when the Spain striker headed home early in the second half at Stamford Bridge.

After losing twice at Chelsea in his first season as United boss, Mourinho, who won three English titles in two spells with the Blues, is growing accustomed to leaving west London empty-handed.

This was an especially painful setback for Mourinho as a second defeat in their last three Premier League games leaves second-placed United lagging eight points behind leaders Manchester City.

United haven’t won at Chelsea since October 2012, a barren run that now stretches to eight matches.

While Mourinho licks his wounds, Chelsea manager Conte can take heart from a vibrant performance that keeps his fourth-placed team nine points behind City.

Amid talk Conte was in danger of losing the support of his players over his intense training regime, Chelsea’s third successive league win was well timed for the Italian in the week when demanding Blues owner Roman Abramovich made one of his ominous visits to the training ground.

Having reportedly torn into his players during a lengthy inquest into Tuesday’s 3-0 defeat at Roma, Conte wielded the axe as David Luiz and Antonio Rudiger were dropped.

In need of a fast start to set the tone, Chelsea thought they’d taken the lead when Marcos Alonso’s cross was turned into his own net by United defender Phil Jones, only for referee Anthony Taylor to disallow the goal for a push by Morata.

United should have been ahead themselves moments later when Ashley Young’s cross exposed early fault lines in Conte’s revamped defence, but the unmarked Marcus Rashford headed over from close range.

Tiemoue Bakayoko was equally profligate at the other end, the Chelsea midfielder firing wide from Davide Zappacosta’s cross.

Without a goal in his last six appearances, United striker Romelu Lukaku was searching for the blistering form that followed his pre-season move from Everton.

But the Belgian was largely anonymous and even when he turned on the edge of the Chelsea area for a low shot, Thibaut Courtois was able to push it away.

Mourinho has been criticised for adopting a cautious gameplan in big matches recently and, while he seemed more willing to let United go forward this time, he must have been furious with the way Chelsea were slicing open his defence.

Andreas Christensen should have punished more slack United marking when he headed over from a Fabregas corner, before Conte finished the half raging at the officials after Antonio Valencia barged over Hazard.

Hazard came in for more rough treatment after the interval, with Jones and Ander Herrara both booked for fouling the Chelsea playmaker.

Hazard could have exacted immediate revenge when he found himself with just De Gea to beat from close range, but the Belgian’s hurried shot was easy for the United keeper.

Hazard didn’t need to rue that miss as Chelsea’s pressure was rewarded in the 55th minute.

United had only themselves to blame as Cesar Azpilicueta was allowed to advance unchecked down the right before whipping his cross towards Morata.

Left untouched by the flat-footed Chris Smalling and Eric Bailly, Morata had time and space to bury his header past De Gea for his first goal in seven games.

Mourinho sent on Anthony Martial and Marouane Fellaini, yet there was little threat from United until Fellaini squandered their last chance, shooting straight at Courtois in the closing minutes.