Spain’s Garbine Muguruza poses with the trophy after winning the women’s final match against US player Serena Williams at the Roland Garros 2016 French Tennis Open in Paris on June 4, 2016.<br />MIGUEL MEDINA / AFP

Twelve years younger than the American at 22, and playing in the first claycourt final of her career, the Venezuelan-born Spaniard upset the odds to win 7-5, 6-4.

She is the first Spanish woman to win a Grand Slam title since Arantxa Sanchez-Vicario in Paris in 1998 and she is the third straight first time Grand Slam winner after Flavia Pennetta at last year’s US Open and Angelique Kerber at the Australian Open.

“I am so excited to play the final of a Grand Slam against one of the best ever players. It’s the perfect final and I am so happy,” she said.

“I grew up on clay so for Spain and me this is just amazing.

“Serena is a very powerful player and I just tried to fight as hard as I can.”

For Williams it was a second straight loss in a Grand Slam final and it wrecked her hopes once again of winning a 22nd Grand Slam title to draw level with Steffi Graf for most wins in the Open era, since 1968. 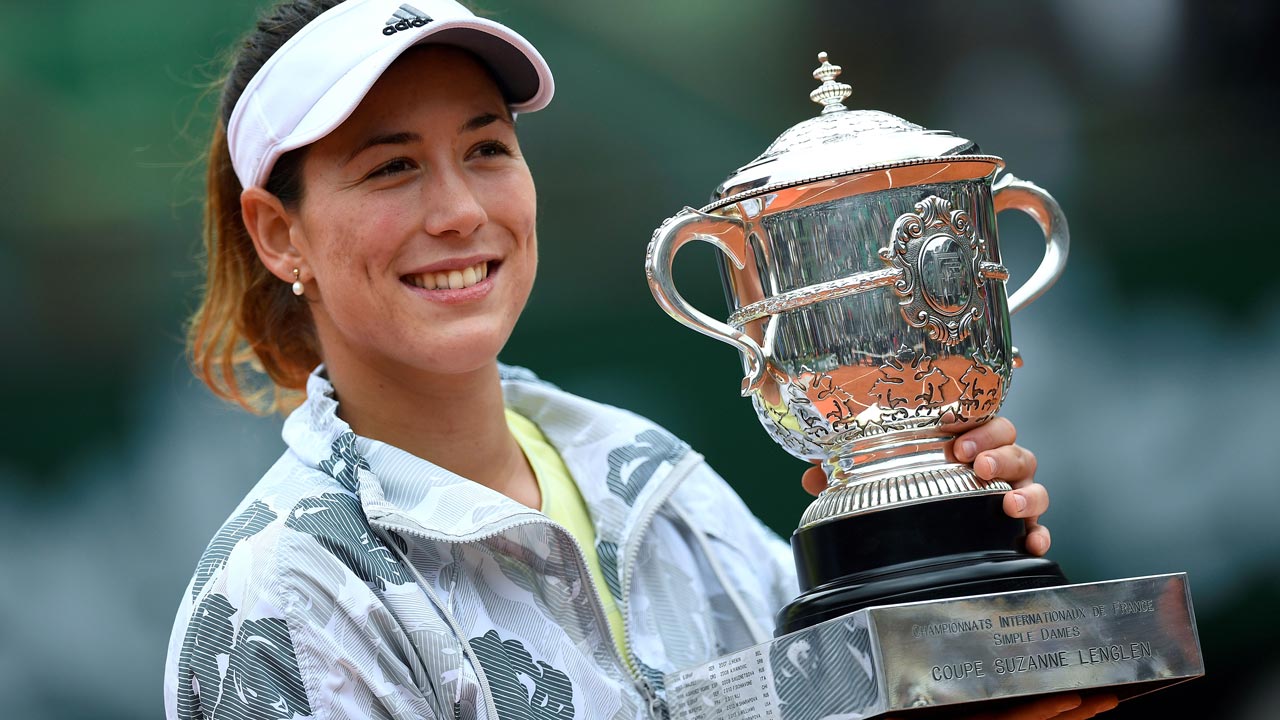 Spain's Garbine Muguruza poses with the trophy after winning the women's final match against US player Serena Williams at the Roland Garros 2016 French Tennis Open in Paris on June 4, 2016. MIGUEL MEDINA / AFP 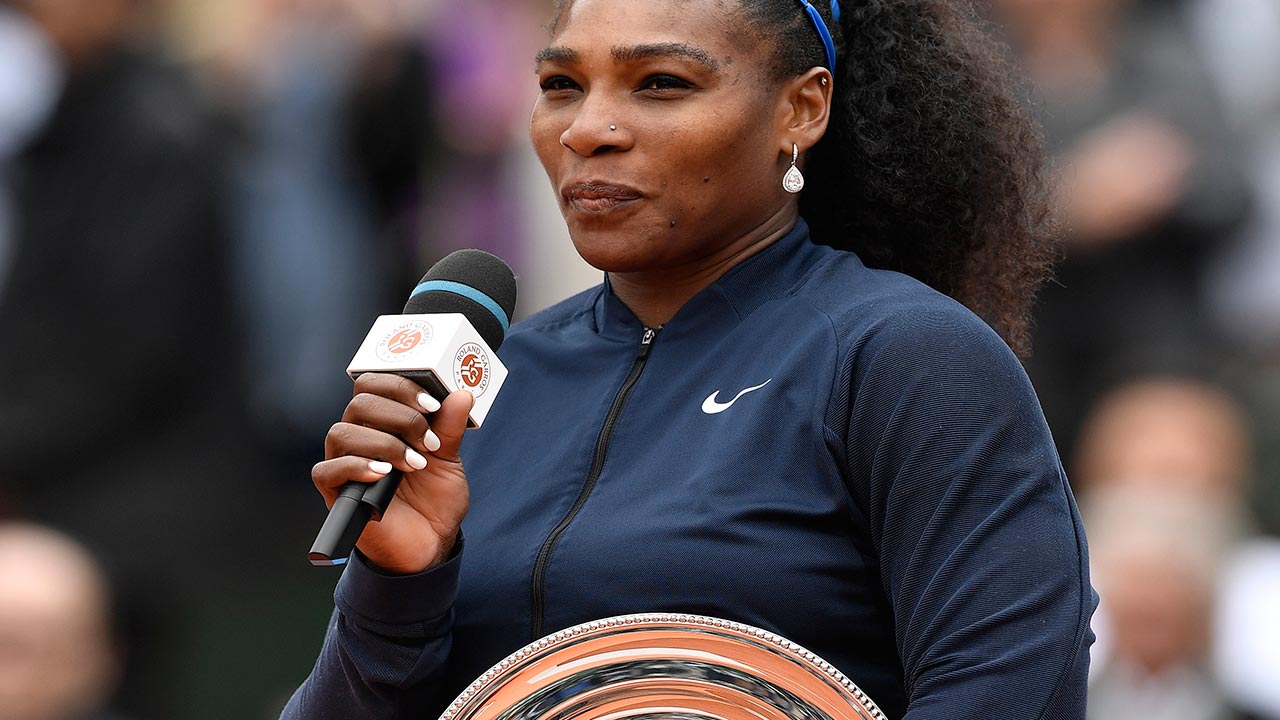 The US's Serena Williams speaks as she poses with her trophy after coming in second after the women's final match against Spain's Garbine Muguruza at the Roland Garros 2016 French Tennis Open in Paris on June 4, 2016. PHILIPPE LOPEZ / AFP 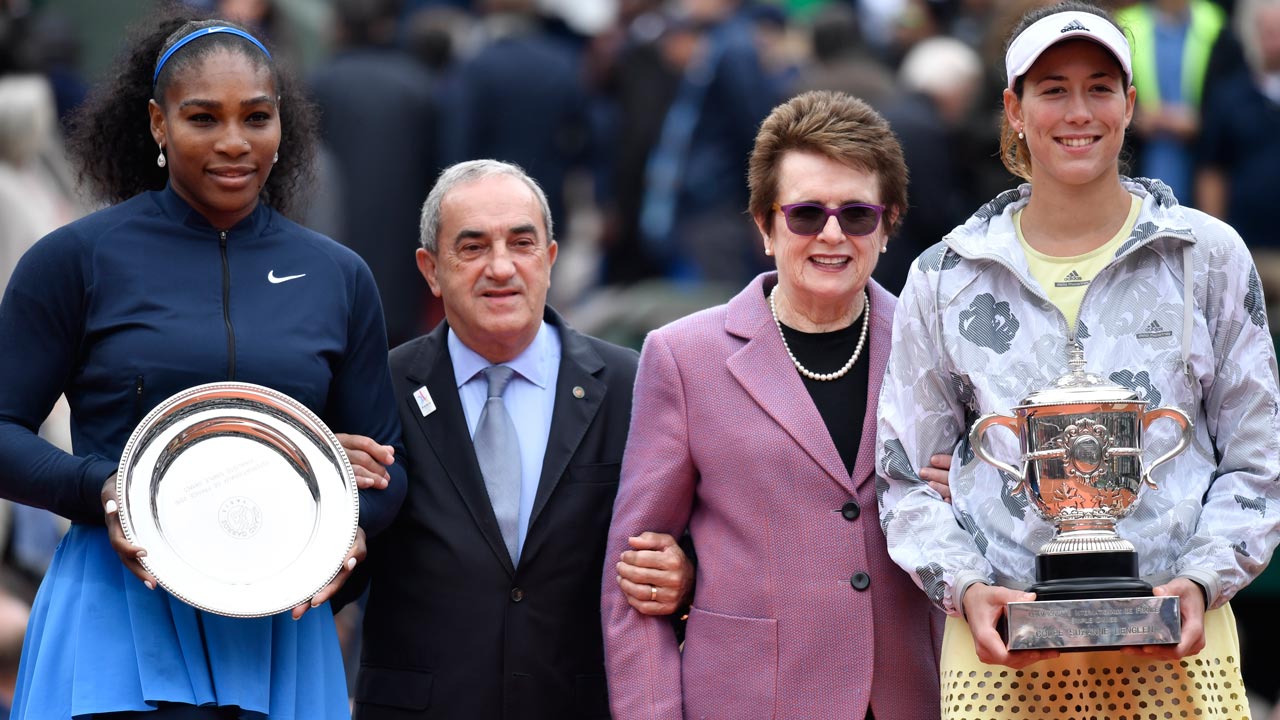 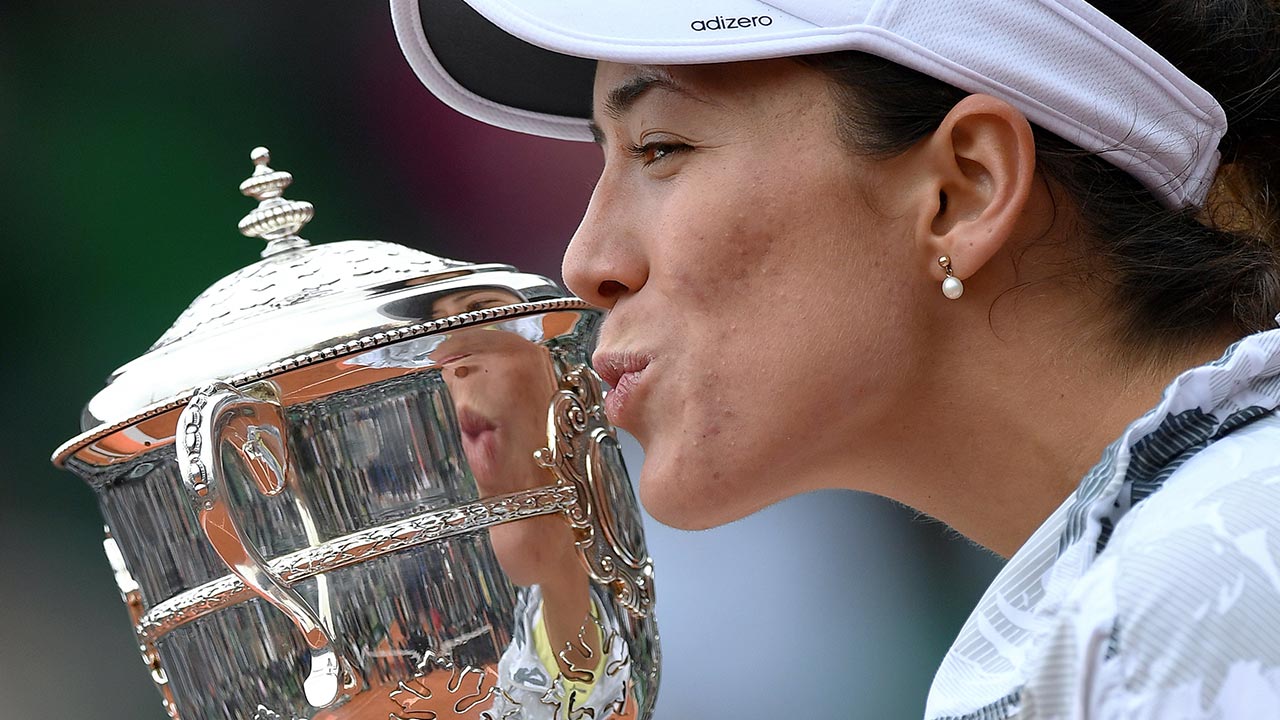 She will now turn her focus on Wimbledon where she will be the defending champion and a six-time former winner.

“Congratulations to Garbine, she played really well today,” said Williams, who confirmed that she had been slightly troubled by an adductor problem.

“I could have served better, made a lot of errors on return, but I did try hard out there.”

The players took contrasting routes to get to the final.

Fourth seed Muguruza breezed through, losing just the one set, in her opening match, while Williams struggled past the quarter- and semi-finals amid talk of an injury or illness.

But with weather conditions improving after one of the rainiest Roland Garros tournaments on record, it was a different, more focussed Williams that got the final underway with a love service game.

Muguruza replied in kind as two of the biggest and best servers in the women’s game went head to head.

The 22-year-old Spaniard had to battle hard to level at 2-2, saving two break points along the way, but she then grabbed the first break of the final thanks to a loose game from the American culminating in a double fault.

Muguruza, who lost to Williams in the Wimbledon final last year, moved 4-2 ahead, but she lost her range two games later to allow the American to level the score.

The tall Spaniard was matching Williams for power and when the title-holder opened the 11th game with a double fault she seized the opportunity to apply some added pressure on her opponent.

Her tactics paid off with Williams failing to cope with a series of explosive baseline groundstrokes.

Muguruza’s second break of the final allowed her to serve for the set and she duly managed that staving off two break-back points along the way.

A top quality first set had taken 56 minutes with Muguruza winning 41 points to 40 for Williams underlining the closeness of the contest.

Muguruza maintained her level of play and composure to start the second set with a third break of serve, but she then struggled on her own serve, coughing up a seventh double fault to hand back the advantage.

Williams though was struggling and this time it was the quality of her opponent’s play rather than her own misgivings that were responsible for her struggles.

Muguruza made it three straight breaks of serve in the next game and moved out into a 3-1 lead.

Williams dug deep to get back to 3-2 sparking a scream of defiance from a player who had been in 26 Grand Slam finals dating back to 1999 and lost just five of them.

But Muguruza was solid on her serve despite the occasional double fault and the Spaniard went 4-2 and then 5-3 up.

Williams saved four match points in the next game to stay alive, but Muguruza stayed calm to serve out for the biggest win of her fledgling career, clinching it with a lob that landed smack on the baseline.

What's New
Eucharia Anunobi Confirms She Needs A Complete Man
12 mins ago
Eucharia Anunobi, a famed Nollywood actress turned Evangelist, has stated that she is in desperate need of a partner to settle down with. Her confirmation comes shortly after her alleged relationship with her 27 year-old colleague. In an interview with BBC Igbo, Eucharia, 56, expressed her apprehension about settling down. The actress's marriage to her…
Nigeria
2023 Presidency: APC to screen, prune number of aspirants
4 hours ago
Barring last minute changes, the ruling All Progressives Congress (APC) will today screen its presidential aspirants for the 2023 general elections after earlier postponements.
Nigeria
Too late to sign amendment to Electoral Act, election observers’ coalition tells Buhari
4 hours ago
A Coalition of Election Monitors and Observers (CEMO) has warned President Muhammadu Buhari against assenting to the recent Electoral Act 2022 amendment bill because preparations for the 2023 general elections are already in full gears.
Appointments
Fostering inclusion in small businesses to meet diversity goals
4 hours ago
Improving Diversity, Equity, Inclusion and Belonging (DEIB) in a small business requires commitment to hiring a diverse workforce and engaging them once hired, Human Resource (HR) experts have said.
Nigeria
FG targets 90% capacity performance from rehabilitated refineries
4 hours ago
The Executive Secretary, Nigerian Content Development and Monitoring Board (NCDMB), Simbi Wabote, has stated that about 400,000bpd is expected from the rehabilitation of NNPC refineries in Port Harcourt, Warri, and Kaduna using target performance of not less than 90 per cent of nameplate capacity.

Tennis
U.S. Open ladies champion, Raducanu, set to receive MBE, OBE
14 Sep 2021
US OPEN women’s winner, Emma Raducanu, will be honoured by the Queen following her victory in New York, according to reports. The 18-year-old became the first qualifier ever to win a Grand Slam title ....

Tennis
Osaka falls out of top 10 for first time since 2018
4 Oct 2021
Naomi Osaka dropped out of the world's top 10 on Monday for the first time since winning the 2018 US Open title as she continues to take a break from tennis.

Tennis
Naomi Osaka 'shock' adds to growing calls over fate of Peng Shuai
17 Nov 2021
Four-time Grand Slam champion Naomi Osaka said that she was in "shock" about fellow tennis star Peng Shuai, who has not been heard from since alleging that a powerful Chinese politician sexually assaulted her.