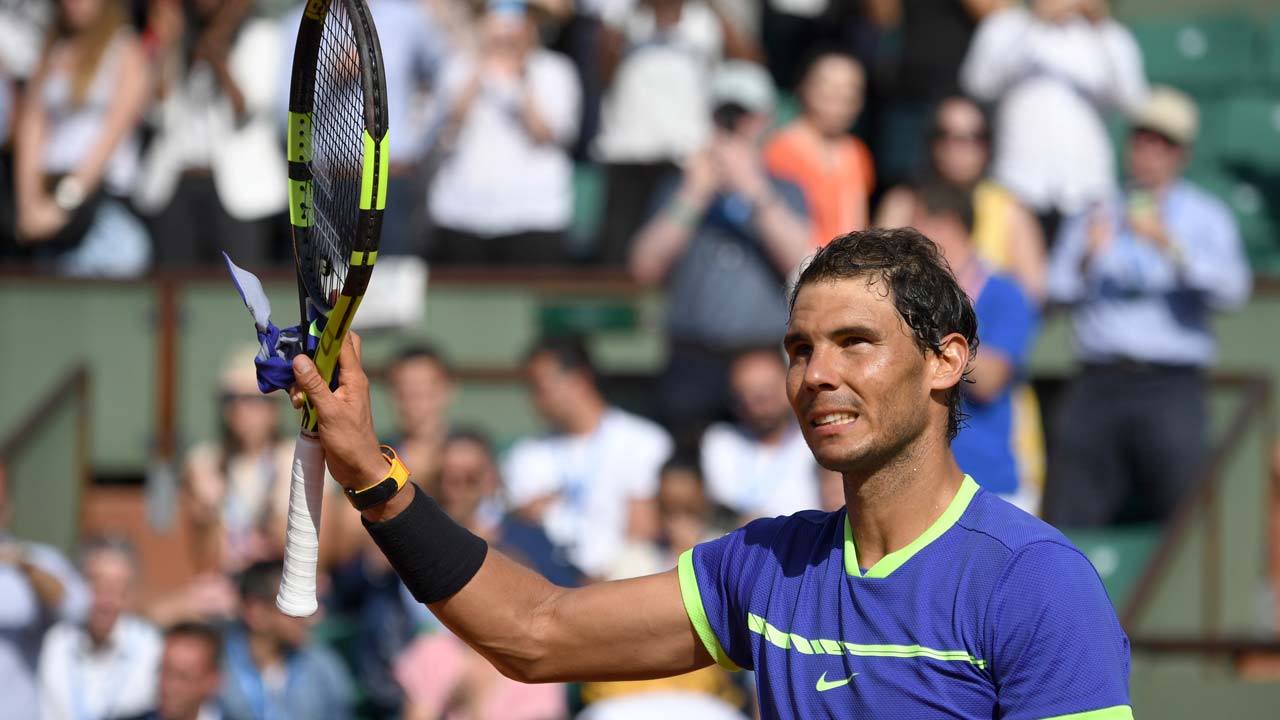 Spain's Rafael Nadal celebrates after winning his tennis match against Netherlands' Robin Haase at the Roland Garros 2017 French Open on May 31, 2017 in Paris. Eric FEFERBERG / AFP 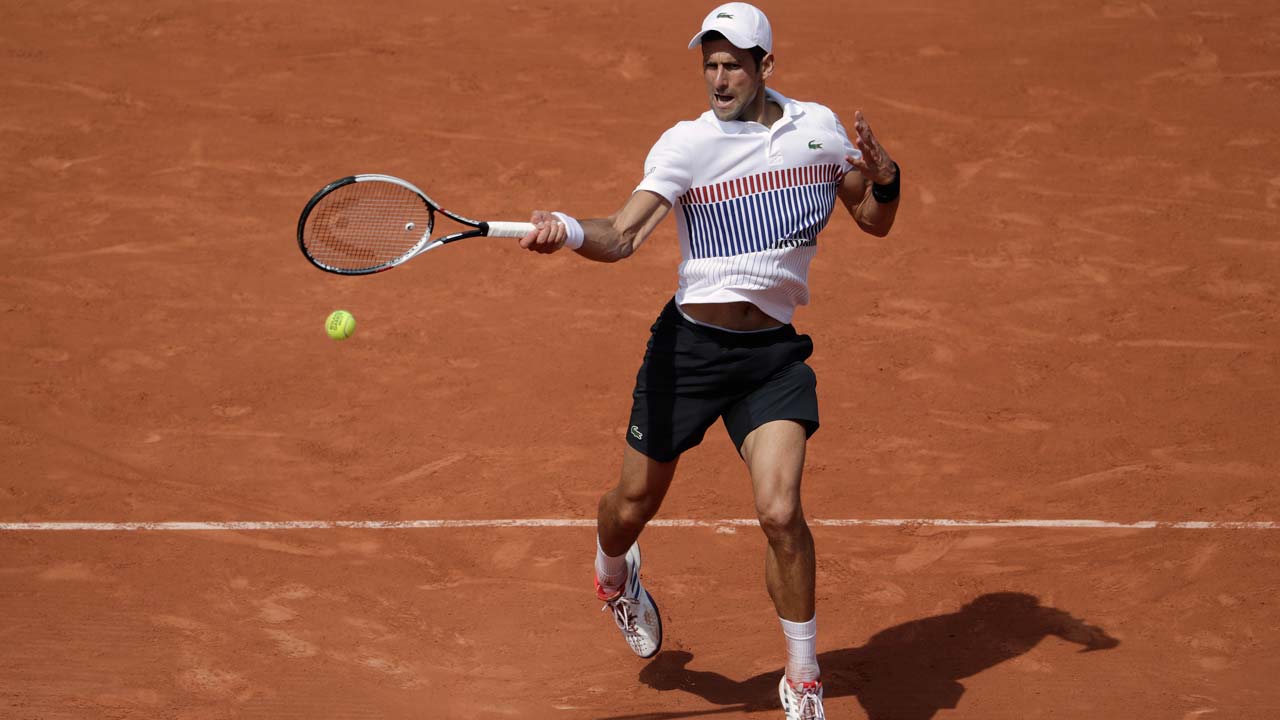 Serbia's Novak Djokovic returns the ball to Portugal's Joao Sousa during their tennis match at the Roland Garros 2017 French Open on May 31, 2017 in Paris. Thomas Samson / AFP

“I was more or less under control during the whole match, so I’m very happy. Winning in straight sets is always good news,” said Nadal.

“I think I did a lot of things well this afternoon.”

The Spaniard will face Nikoloz Basilashvili for a place in round four after the Georgian matched his best ever run at a Grand Slam.

Defending champion Djokovic battered Portugal’s Joao Sousa 6-1, 6-4, 6-3 to make it four wins in as many meetings with the world number 59.

The second seed plays Argentina’s Diego Schwartzman for a place in the last 16.

“Generally, I felt better than the first round, so that’s exactly what I wanted.”

Sixth seed Dominic Thiem charged into round three with a routine win over Simone Bolelli, sweeping the Italian aside 7-5, 6-1, 6-3.

The Austrian, who is the only player to defeat Nadal on clay this season, will meet American 25th seed Steve Johnson next as he looks to build on last year’s run to the semi-finals.

Milos Raonic, Grigor Dimitrov and David Goffin sailed through, but French hopes suffered a huge blow as 12th seed Jo-Wilfried Tsonga crashed out to Renzo Olivo in his opening match.

Serving to stay in the contest when darkness halted their tie on Tuesday, Tsonga was broken immediately when play resumed as the Argentine world number 91 wrapped up a 7-5, 6-4, 6-7 (6/8), 6-4 win.

Muguruza has endured a difficult 2017 and again found herself in trouble after falling a set and a break behind against the Estonian.

“I knew it was going to be a battle out there,” said Muguruza, who beat Serena Williams in last year’s final.

“But I really fought. I mean, after the match, I didn’t feel that bad as normally I probably do.

“I’m still happy I’m here and playing. The fairytale ended. Now, in upcoming weeks, I think it will be business as usual.”

Venus Williams shook off a slow start to ease into the third round with a 6-3, 6-1 victory over Japan’s Kurumi Nara.

Williams, the 2002 runner-up who turns 37 next month, will play Belgium’s Elise Mertens in the third round.

“Do I sense (the draw) is open? I just am really focused on me and nothing’s a given, or else I’d win every match,” said Venus, who has sister Serena in Paris supporting her.

The 20-year-old blamed the exertions of coming through three qualifying rounds in order to reach the main draw.

“I wasn’t impressed at all,” Abanda retorted when asked if she was struck by anything in Wozniacki’s game.

“As I told you, fitness-wise and physically, I was tired.

“I think that she played her second match. I played five matches.”