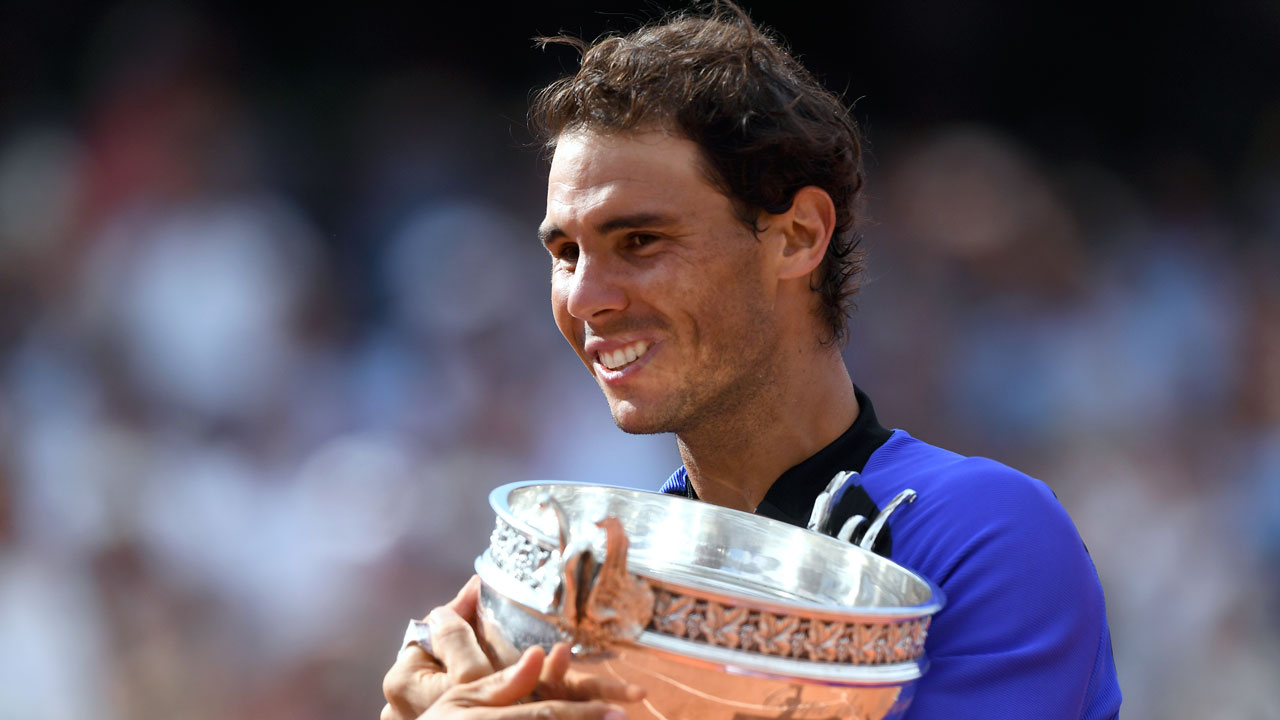 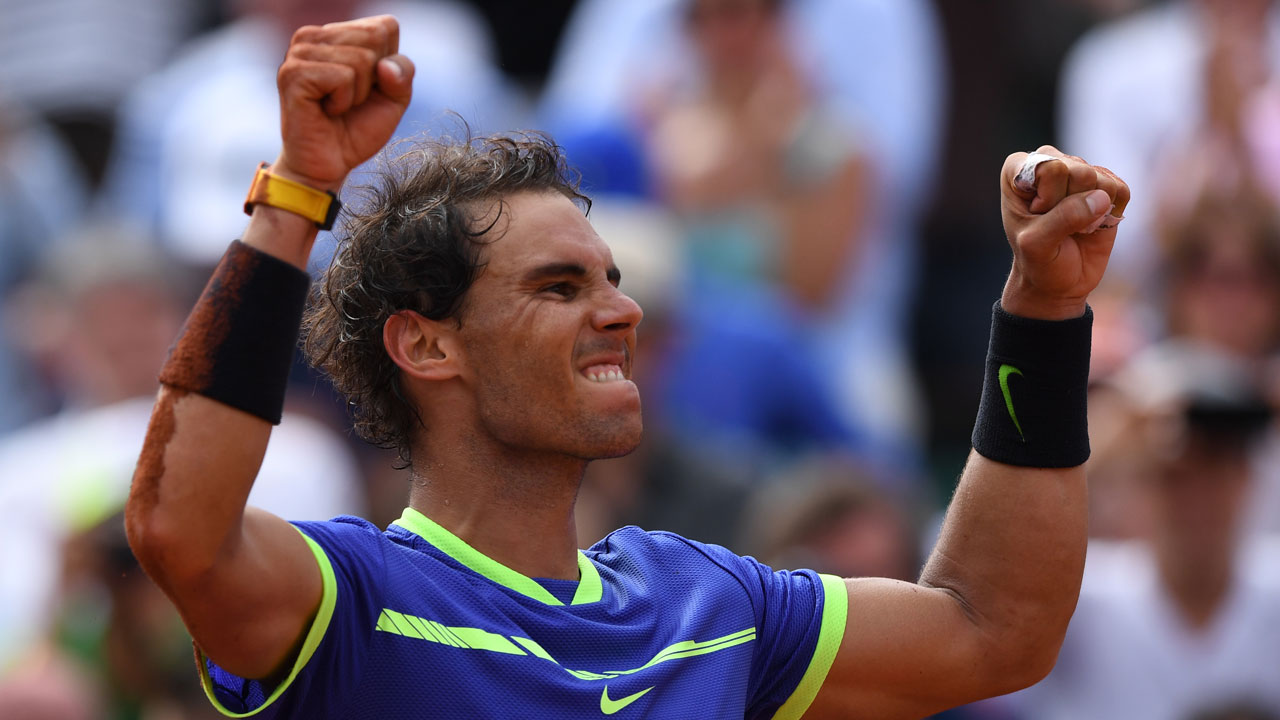 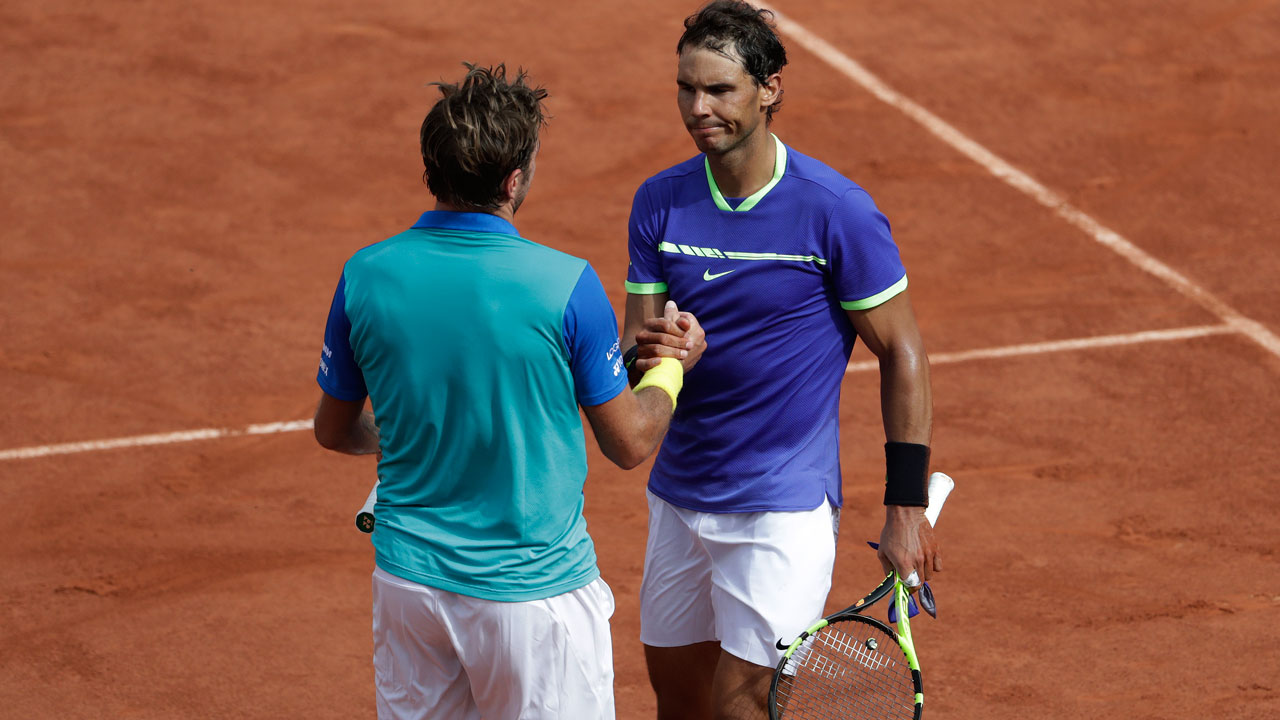 His collection of Slams now stands just three behind great rival Roger Federer, a staggering statistic coming just a year after he quit Roland Garros with a wrist injury.

Playing in his 22nd Grand Slam final, Nadal triumphed in Paris without dropping a set for a third time.

He also lost just 35 games in total and only six in the final, his most comprehensive victory since allowing Roger Federer four games in the 2008 final.

Once Hollywood A-lister Nicole Kidman had helped unbox the Coupe des Mousquetaires to a crowd already wilting in 30-degree heat, the final was underway.

It was the 22nd Slam finale for Nadal; just the fourth for Wawrinka, the oldest man in the championship match in 44 years.

Sunday was also the first time since 1969 that the Roland Garros final had featured two men over 30.

Despite having spent more than five hours on court getting to the final, 2015 champion Wawrinka had the first break point in the third game.

The 32-year-old couldn’t take it and it proved to be the only break point he earned all afternoon.

From there, it was all downhill.

Nadal was unable to convert four break points in the fourth game.

No matter as he broke through for 4-2 and then went to set point in the eighth game after a relentless forehand barrage sapped the will out of Wawrinka.

A backhand which sailed long gave Nadal the first set with the Spaniard having crunched 10 winners to Wawrinka’s four while committing half the unforced errors.

Nadal forced Wawrinka into another forehand error to break for 2-0 in the second set before the Swiss halted a run of seven games lost with a hold for 1-3.

But the song remained the same, Nadal taking the set in the ninth game, just moments after Wawrinka, who knocked out world number one Andy Murray in the semis, had destroyed a racquet in utter frustration.

First game of the third set and Nadal broke again as the man who stunned him in the 2014 Australian Open final suffered further damage.

Nadal was soon a double break to the good for 4-1, held for 5-1 and then claimed a huge slice of history when Wawrinka limply dropped a backhand into the net.