By AFP
Share on Facebook Share on Twitter Share on WhatsApp Share on Telegram
Spanish football heads into the post-Cristiano Ronaldo and Andres Iniesta era as the 2018-19 La Liga season begins this weekend. With these two greats of the modern age having moved on, AFP Sport picks out six new signings to watch in the coming campaign. THOMAS LEMAR (ATLETICO MADRID) Age: 22 Position: Attacking midfielder/winger Previous club:…
1 of 10 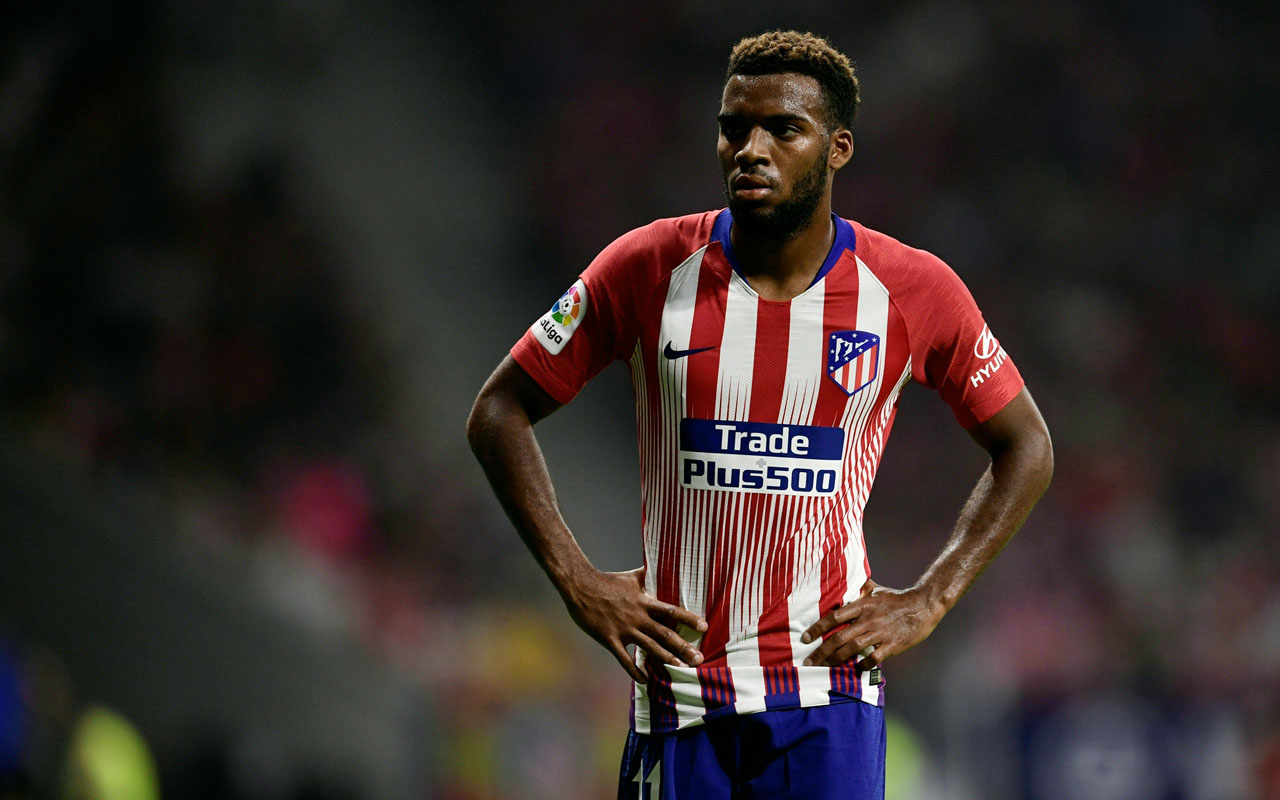 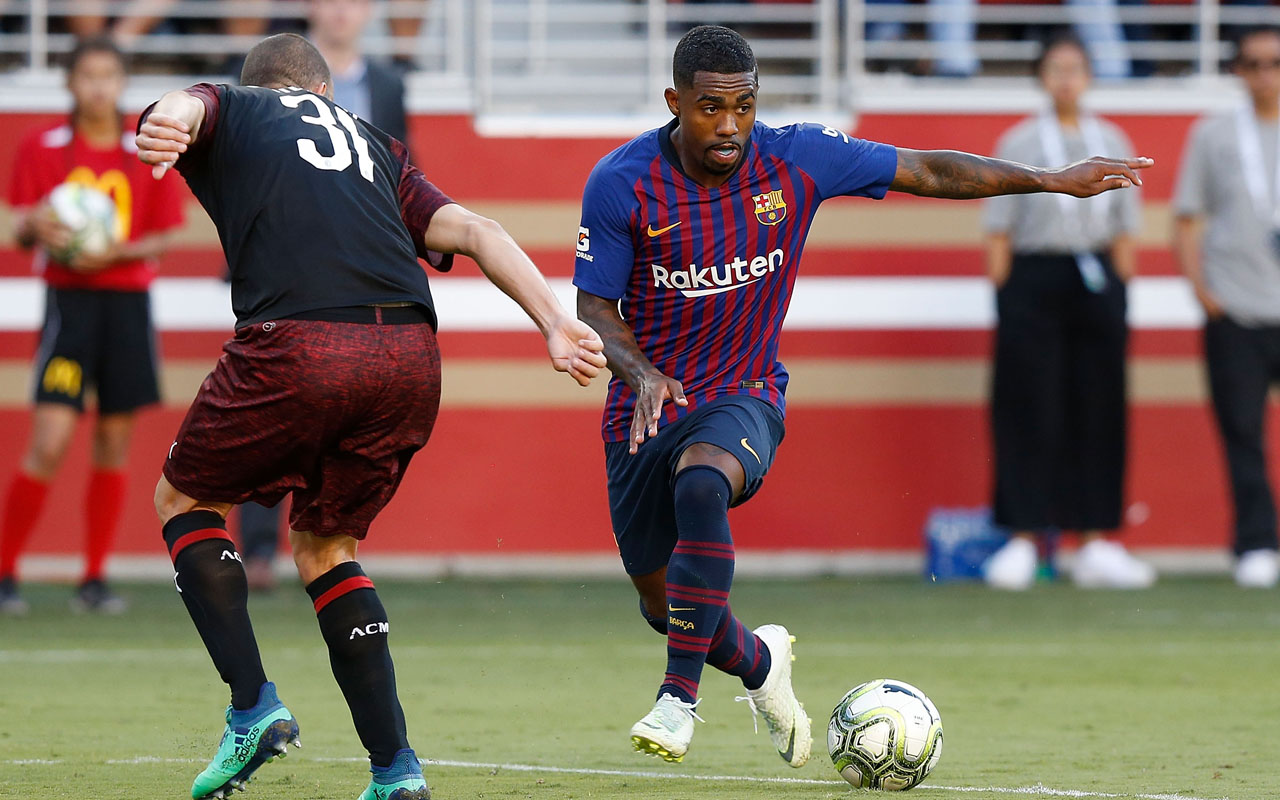 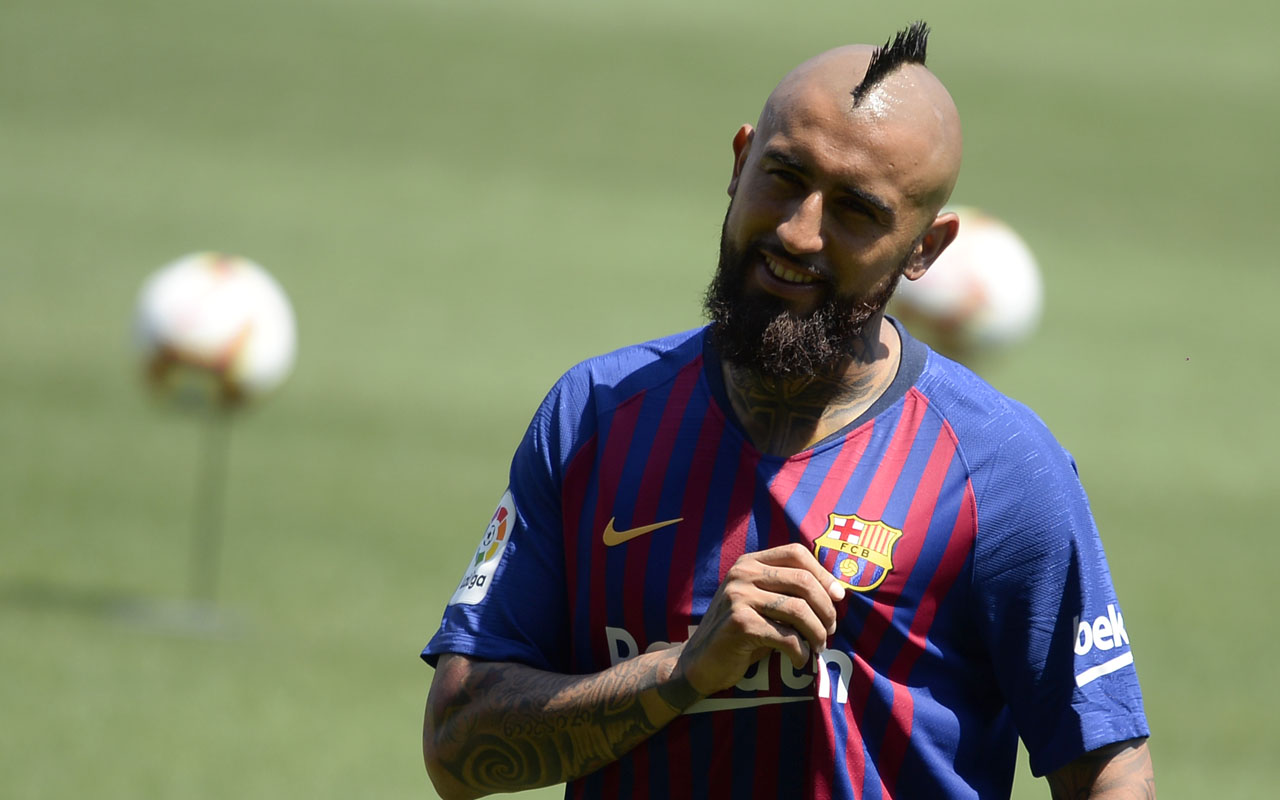 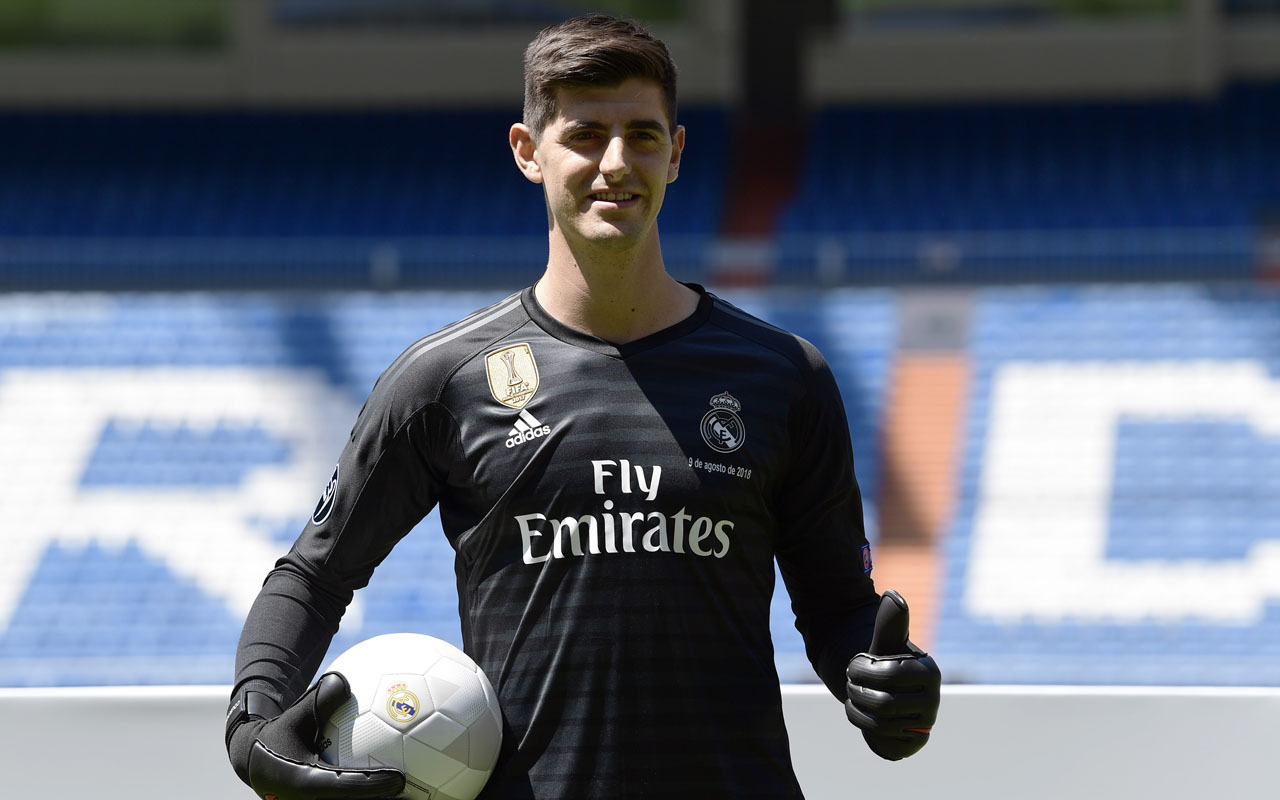 Belgian goalkeeper Thibaut Courtois poses during his presentation as new player of Real Madrid football team, at the Santiago Bernabeu stadium in Madrid on August 9, 2018. Belgian international goalkeeper Thibaut Courtois will play the next six seasons at Real Madrid after confirming his transfer from Chelsea, while the white team has given the Croatian player Mateo Kovacic for a season to the English club. / AFP PHOTO / JAVIER SORIANO 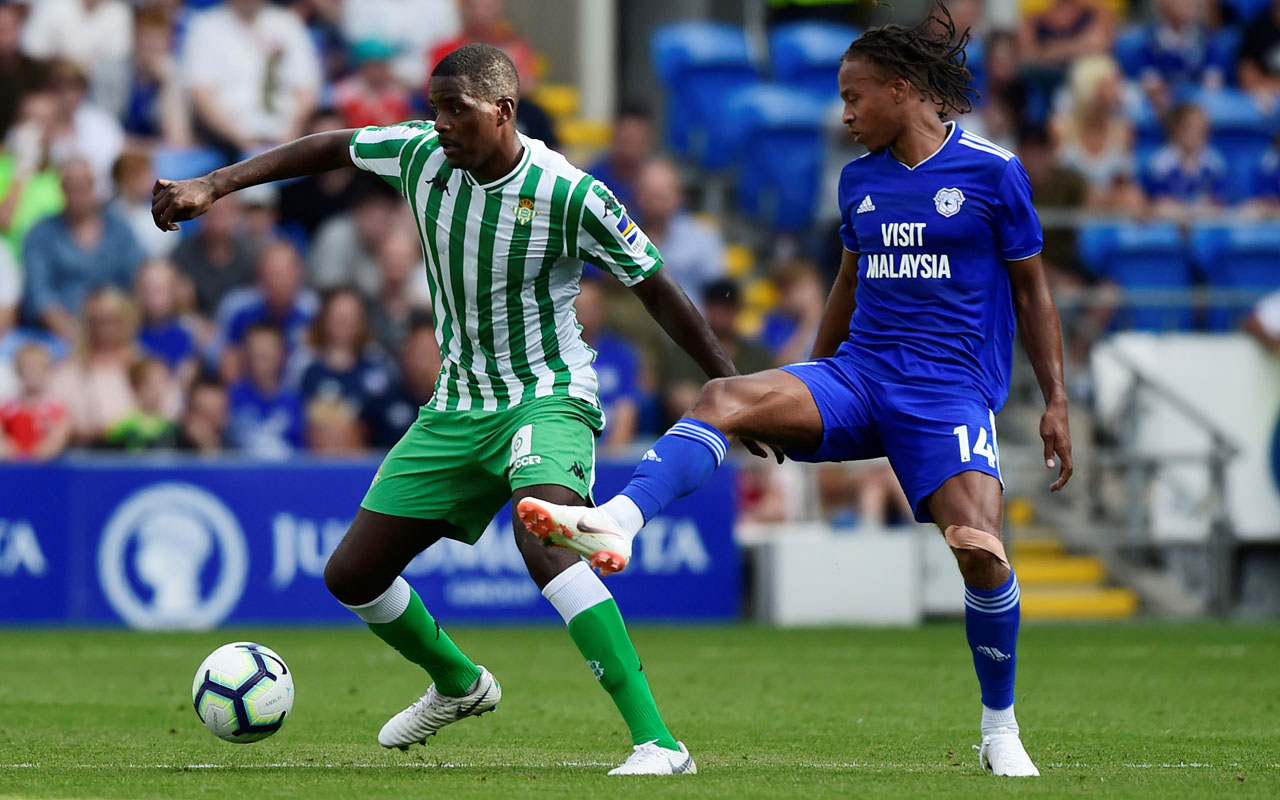 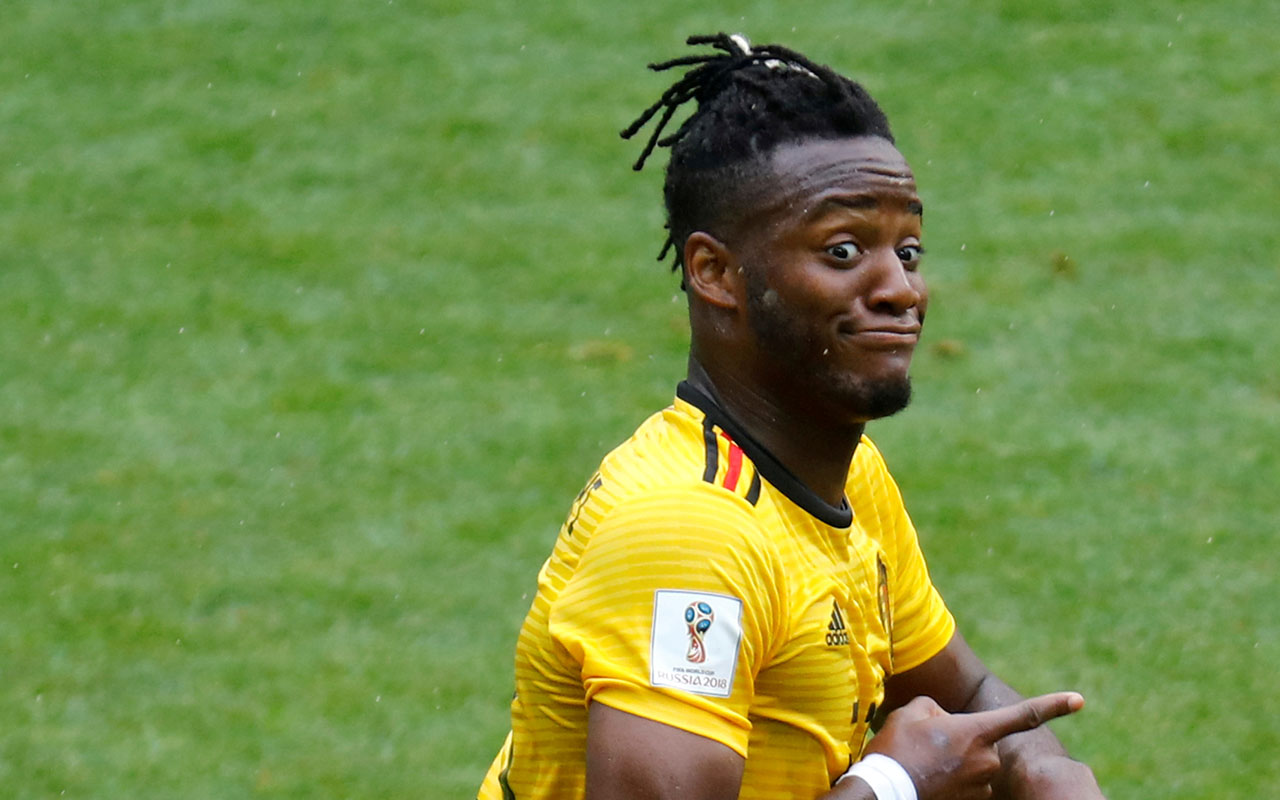 With these two greats of the modern age having moved on, AFP Sport picks out six new signings to watch in the coming campaign.

— It is Atletico Madrid who have made the biggest signing of the summer in Spain, spending 72 million euros ($84 million) on Lemar. The left-footed 22-year-old, who hails from the Caribbean island of Guadeloupe, is the latest member of Monaco’s brilliant 2017 French title-winning side to move on. He comes fresh from winning the World Cup with France, although his involvement on the field in Russia was limited. Lemar’s association with national team colleague Antoine Griezmann will be particularly interesting to watch.

— Iniesta has gone to Japan and the biggest signing coming into the Camp Nou is the young Brazilian winger Malcom. The 21-year-old was a surprise arrival from French side Bordeaux, with Barca agreeing to pay 41 million euros to sign him on a five-year deal from right under the noses of Roma. The champions moved for Malcom after giving up their pursuit of Chelsea winger Willian. Adept at coming in from the right wing onto his left foot, Malcom scored 12 goals in Ligue 1 last season. The player who began his career at Corinthians offers coach Ernesto Valverde a valuable extra option in attack.

— Barcelona’s summer has also been notable for their failure to complete the signing of Griezmann, and for Paulinho’s return to China. The decision to bring in Chilean midfielder Vidal gives Valverde another experienced option in midfield as the Catalans seek to retain the title and end Madrid’s hegemony in the Champions League. Vidal, 31, has won league titles in each of the last seven seasons over spells with Juventus and Bayern, and he also played in the Juve team that lost to Barcelona in the 2015 Champions League final.

— Rather than a marquee name to replace Ronaldo, Real’s biggest signing is a new goalkeeper. Belgian number one Courtois returns to Spain from Chelsea on a six-year deal for a reported 35 million euros. Keylor Navas is still at the Bernabeu, but Courtois should usurp him as first-choice goalkeeper after being granted his wish to come back to Spain, where his children live with his ex-partner. Courtois joined Chelsea in 2011 but was immediately loaned out to Atletico Madrid and spent three years there, winning La Liga with Diego Simeone’s side in 2014. However, he has hailed his move to Real “a dream come true”.

— For years, tall Portuguese international midfielder Carvalho had been linked with a big money move abroad from Sporting. Finally this summer the transfer happened, with Carvalho joining the exodus of players to leave the Lisbon side after they were the victims of a violent attack by a gang of masked fans at their training ground. But rather than move to England, the Angolan-born Carvalho has joined Europa League hopefuls Betis. The Seville side will hope his arrival helps them establish themselves towards the top of the table.

On loan from: Chelsea (ENG)

— Valencia are gearing up for a return to the Champions League and have moved to strengthen in attack, with French striker Kevin Gameiro joining from Atletico for a reported 16 million euros. Batshuayi’s arrival is particularly interesting though. The Belgian international joins on a one-year loan from Chelsea, where he has struggled to establish himself since signing from Marseille two years ago. But he did well on loan at Borussia Dortmund in the second half of last season, and if he can carry that form on throughout this campaign, Valencia could be a fearsome proposition going forward.

World
Oil spill tars Peruvian seaside towns, leaves fishermen jobless
5 mins ago
Thousands of barrels of crude oil that were spilled off Peru's central coast have taken a grim toll: dead birds adrift in the sea and irate fishermen stuck on the docks.
Opinion
The political economy of Lagos police checkpoints
7 mins ago
This discussion point isn’t another seminal article on the expediency of adequate funding or reform of the police service in Nigeria.
Nigeria
Save schools from rapists, murderers, kidnappers, others ACF begs government
10 mins ago
The Arewa Consultative Forum (ACF) has called on the Federal Government to save schoolchildren from the scourge of rape, murder, kidnapping, cultism, homosexuality and sundry vices that are ravaging schools in the country.
Politics
Okowa assures of transparent primary at Delta PDP mega rally
14 mins ago
At a carnival-like mega rally, yesterday, at The Cenotaph, Asaba, the Peoples Democratic Party (PDP), Delta State chapter, assured that there would be a free...
Politics
I’m most qualified to strengthen developmental strides in Ekiti, says Oyebanji
15 mins ago
I saw an opportunity to impact my people positively and contribute my quota to the development of Ekiti and our people. I have been involved in the government of Ekiti, holding different positions ...