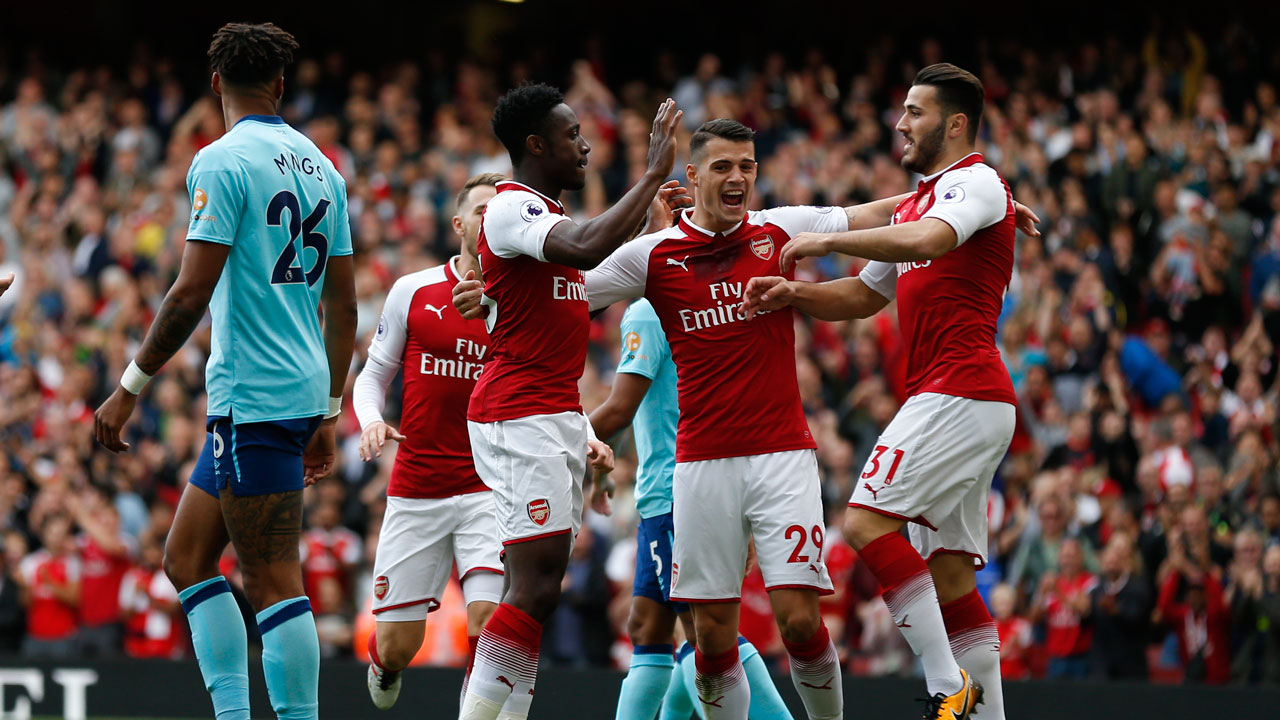 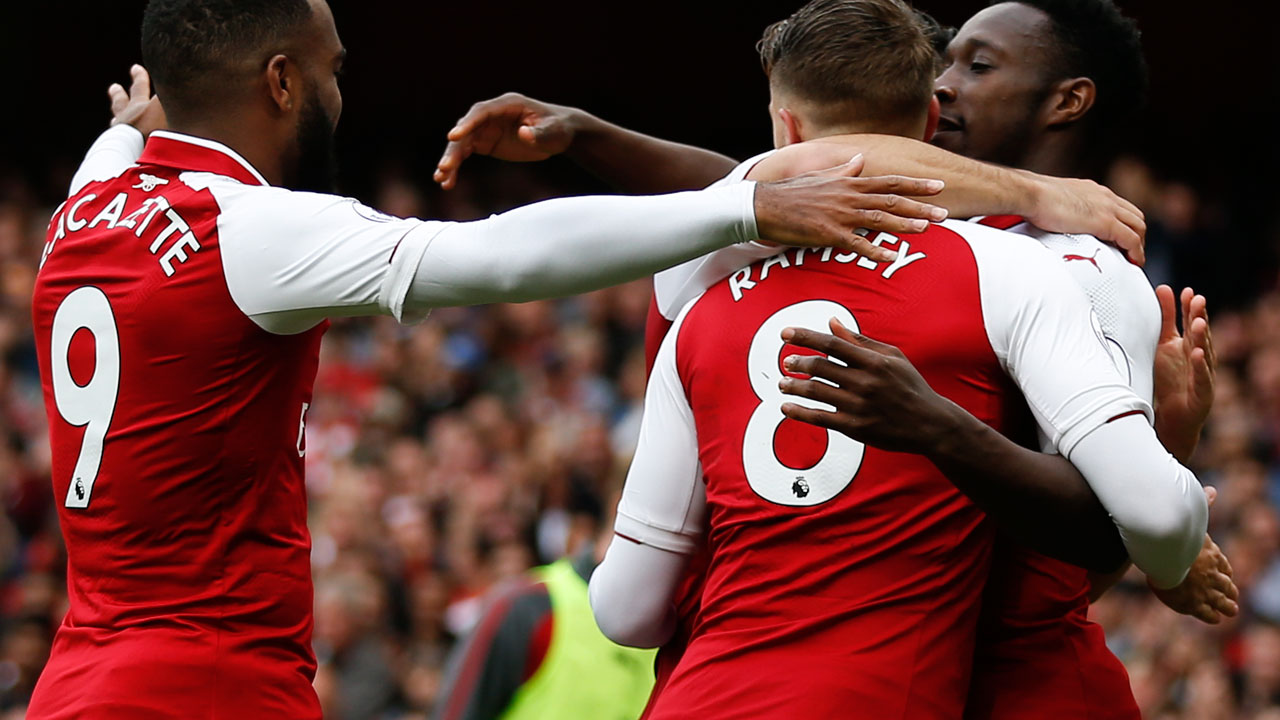 Danny Welbeck’s double fired Arsenal to a 3-0 victory over Bournemouth that lifted the pressure on Arsene Wenger on Saturday.

England forward Welbeck struck in either half and also played his part in an Alexandre Lacazette goal at the Emirates Stadium as Arsenal recovered from their thrashing at Liverpool before the international break.

Bournemouth offered very little in the way of their own attacking threat as Wenger relieved some of the early-season tension that had been building around the under-fire Frenchman.

Having clung on to Alexis Sanchez during the closing hours of the transfer window, Wenger opted to start the Chilean on the bench while recalling new signings Lacazette and Sead Kolasinac.

Both were impressive as Eddie Howe’s Bournemouth rarely challenged, with only a Jermain Defoe header coming off the post in the way of clear goalscoring chances for the visitors.

Wenger could not have wished for a more straightforward return to action following the 4-0 defeat at Anfield and unrest among some supporters as no new signings came in before the deadline.

Kolasinac was heavily involved in the opening goal, bursting down the left flank before crossing in to Welbeck.

He got just about enough on the ball to send it past Asmir Begovic and give Arsenal a sixth-minute lead as the hosts took control.

Kolasinac was enjoying his deployment down the left and another strong run from the Bosnia international led to Granit Xhaka rifling in a shot which Begovic had to deal with.

The Bournemouth goalkeeper was in for a busy afternoon and he had to push away a Mesut Ozil free-kick as the game was being played almost exclusively in the visitors’ half.

Free-flowing
The second goal duly followed as Ozil’s raking pass was touched on from Lacazette to Welbeck, who instantly gave it back for the Frenchman to finish well from the edge of the box.

Begovic nearly gifted Arsenal their third, dallying in possession and seeing his clearance chased down by Welbeck.

The former Chelsea goalkeeper showed just enough speed to get across and block the resulting shot from the boot of the busy Lacazette.

Kolasinac then wanted a penalty after his volley at the end of a free-flowing Arsenal move appeared to cannon behind off the arm of Adam Smith.

Howe introduced defender Simon Francis off the bench at the interval but it was Defoe who almost gave the south-coast side the perfect start to the second half.

The veteran striker headed Jordon Ibe’s cross goalwards but saw it come back off the post before fluffing his lines from the rebound.

Arsenal went down the other end and wrapped up the three points as Welbeck coolly tucked home his second of the afternoon.

Lacazette stole the ball from Bournemouth and it broke to Aaron Ramsey, who played in Welbeck with the former Manchester United man stroking home.

Welbeck would not get his hat-trick as he was replaced by Sanchez for the final 15 minutes.

The forward was soon in the thick of the action, teeing up fellow substitute Olivier Giroud whose drive was saved by Begovic.

That was the end of the clear-cut goal chances for Arsenal, but Petr Cech tipped a Josh King effort over the bar in the last minute as the Gunners kept their first clean sheet of the campaign.